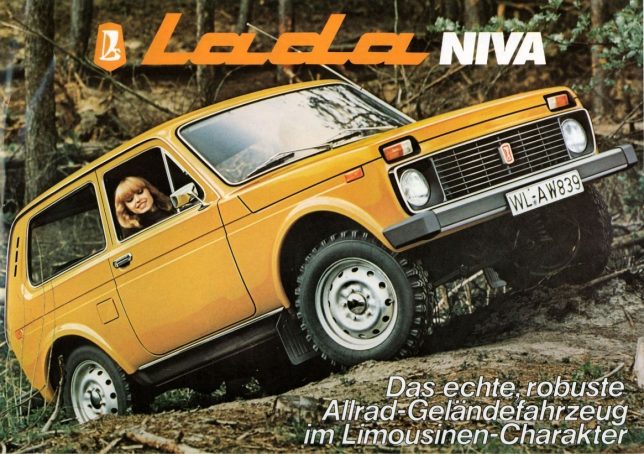 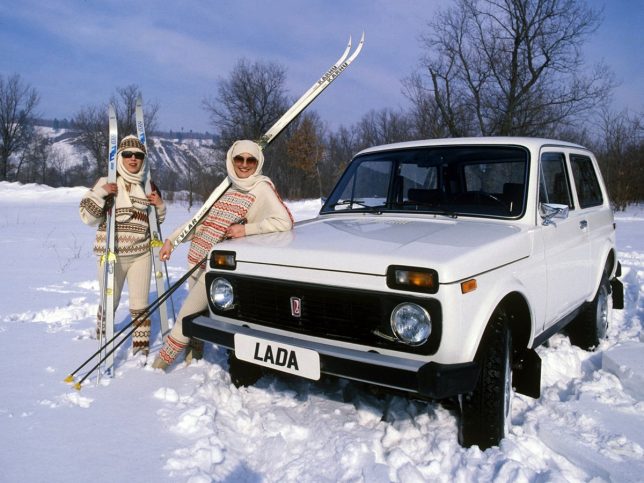 Quoth the raven, Niva more! You’d think Russia – Soviet or otherwise – would be the perfect stomping ground for SUVs and related off-road vehicles… and you wouldn’t be wrong. The design team at AvtoVAZ had begun developing such a vehicle in 1971 though it would not be until 1977 that the Niva (Russian for “crop field”) would be released to domestic and export markets. The translated German copy on the Niva ad above reads “The real, robust, all-terrain vehicle in the limousine character.”

Moskvitch Way Did They Go? 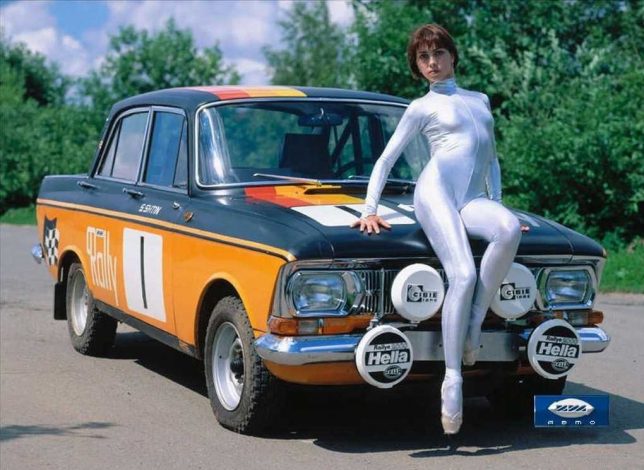 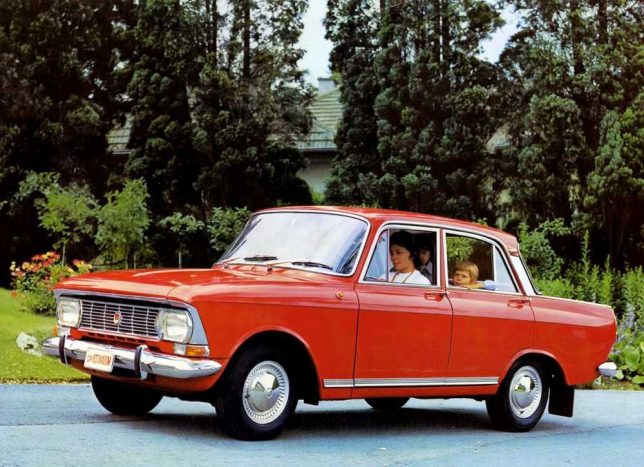 OAO Moskvitch operated from 1929 through 1991 and a switch from government to private ownership couldn’t stop the enterprise from declaring terminal bankruptcy in 2002… the company’s huge headquarters building in eastern Moscow has stood abandoned since 2006. Moskvitch had a good run, however, which is more than could be said about their products. 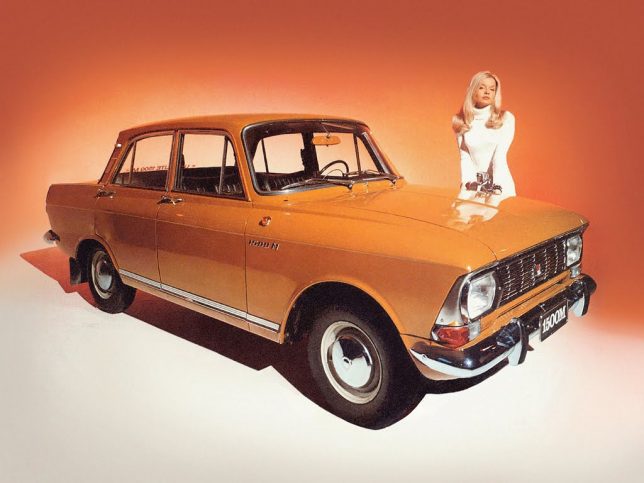 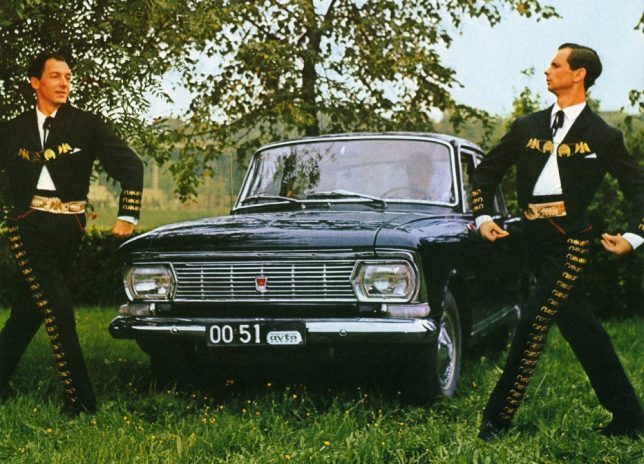 Give Moskvitch credit for something, though: its advertising. We have no idea if the stodgy 1500M was ever entered in road rallies or if the drivers were young ladies wearing silvery bodysuits but that doesn’t matter – we WANT to believe! As for the matching pair of gents flanking the black sedan above, well, at least they make the car look good. Er, gooder. 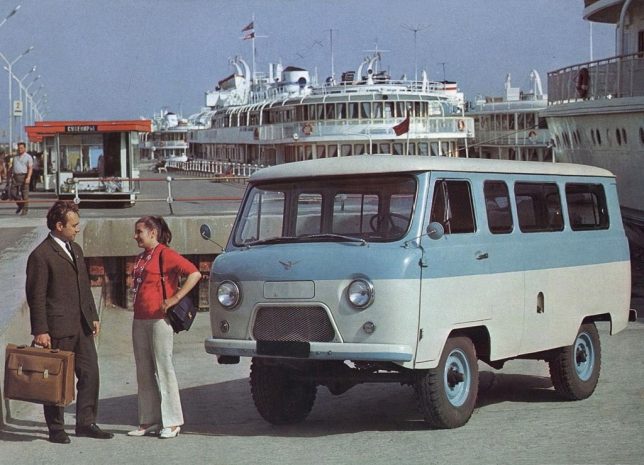 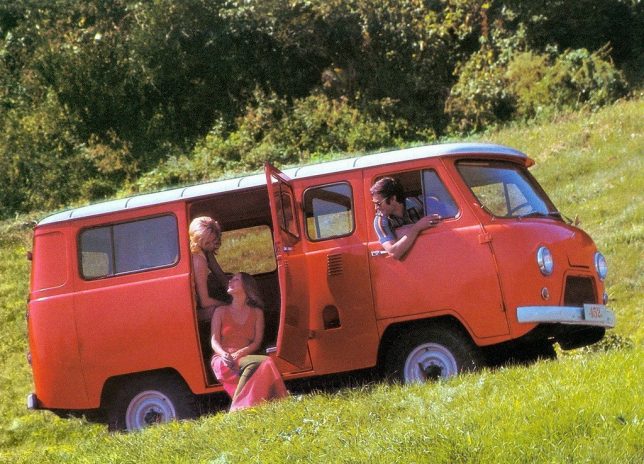 It’s not what most would consider a Cruisin’ Van but the UAZ-452 “Bukhanka” (Bread Loaf) will surely improve your love life, you wild & crazy guy! Introduced by Ulyanovsk Automobile Plant (UAZ) in 1965, the trusty Bread Loaf has been incrementally upgraded mechanically and stylistically over the years, er, decades and is still in production today. To paraphrase Wooderson, “I get older, my van stays the same.” Now that, comrade, is progress!