The streets of Vilnius, Lithuania are full of ghost buses that blend right into their surroundings while passing through intersections as if only existing in translucent ethereal form. Matching up to the scenery beyond when glimpsed at just the right moment, the buses are momentarily camouflaged thanks to photorealistic printed imagery mounted to their exteriors for this summer’s Vilnius Street Art Festival (media by Studio Vieta). 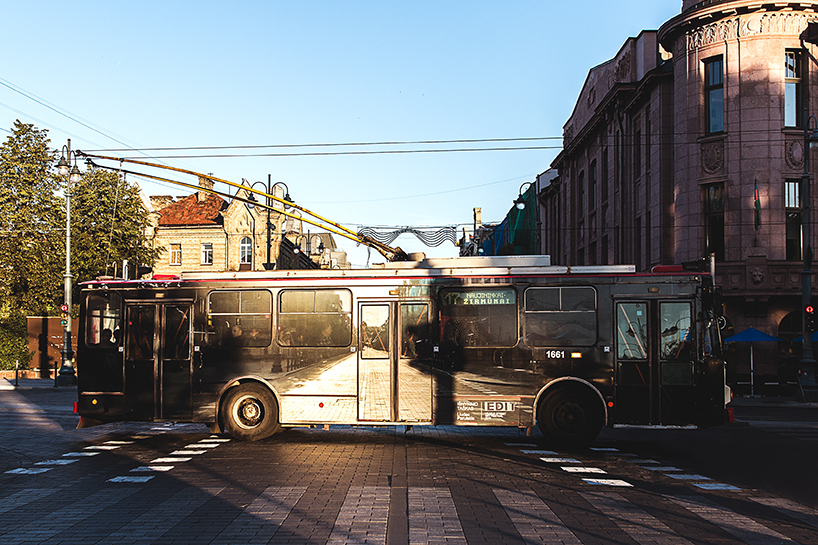 Lithuanian artist Liudas Parulskis collaborated with Studio Vieta to print full-scale scenes from the city onto public trolleybuses, a charmingly retro mode of transportation that has remained popular here despite being replaced by newer transit systems in many modern metropolises. ‘Vanishing Trolleybus’ is a temporary installation encouraging pedestrians to try to catch a glimpse or a photo of the effect in action at just the right ‘vanishing point.’ 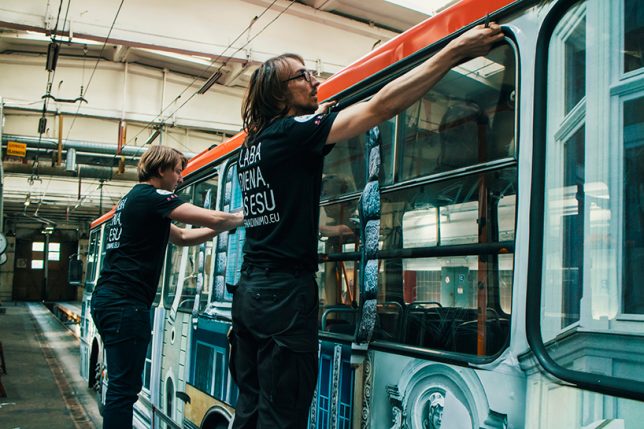 A photo posted by Vilnius Street Art Festival (@vilniusstreetartfestival) on Aug 23, 2016 at 12:07am PDT

One bus appears to be covered in imagery depicting traditional local architecture, while others capture specific street scenes around the city. Parulskis added a wolf running across an intersection to one of the buses, winking at the unofficial mascot of the city.