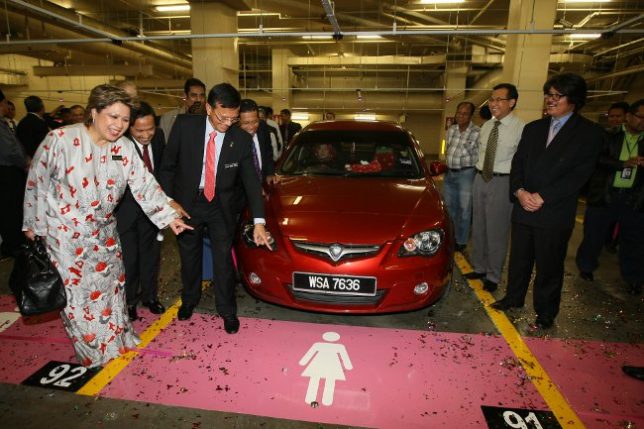 No, this isn’t the sign for the ladies’ room, it’s the Female Only Parking Zone at the KLCC mall beneath the soaring twin Petronas Towers in Kuala Lumpur, Malaysia. Just to be clear, the pink zone is for single-female-only loading and unloading only. 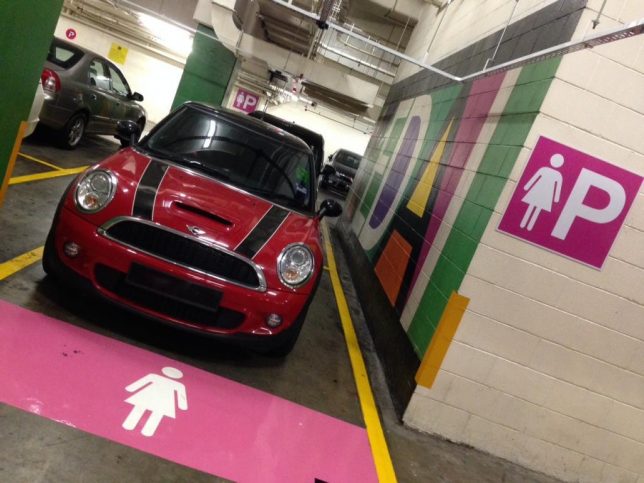 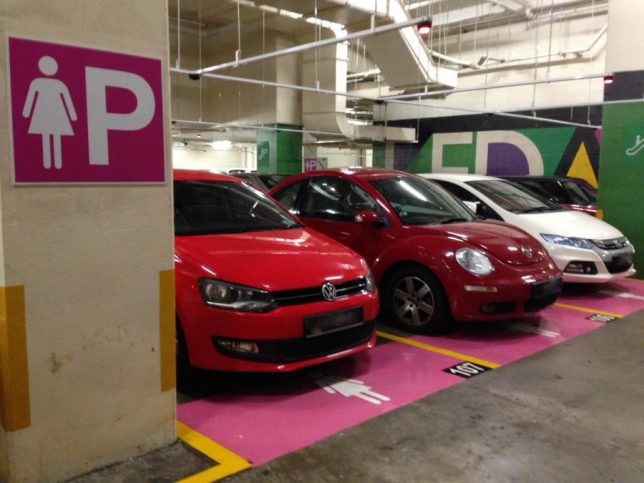 It would seem a certain Peter Cheng didn’t get the memo, however. Cheng was severely slammed online for a Facebook rant he posted when the mall’s security guard would not let him drive – with his wife beside him – into the pink section. Not even switching seats with his wife would sway the guard’s resolve, as single female means just that. Cheng ended up deleting both the post and his account, then reactivated his account so he and his wife could post separate apologies. 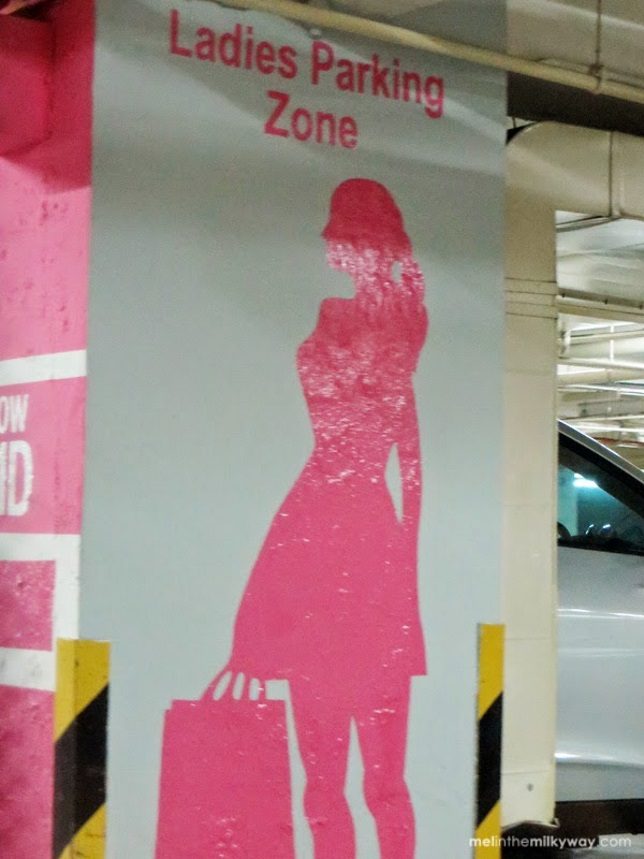 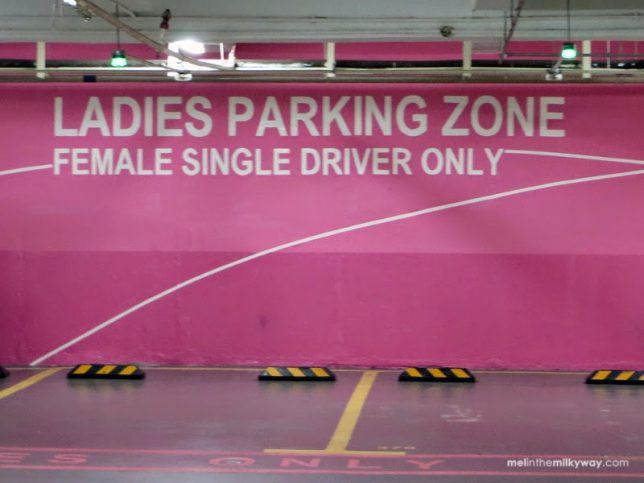 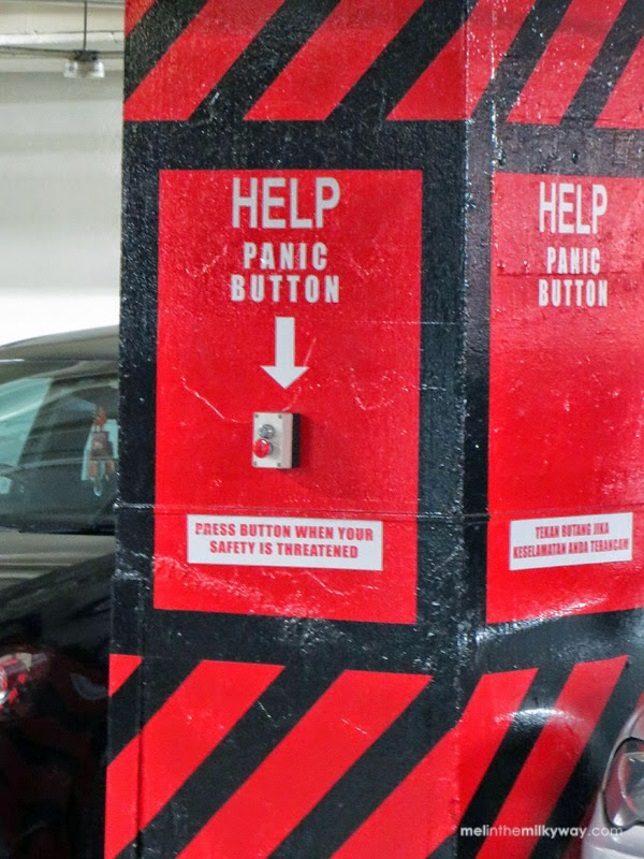 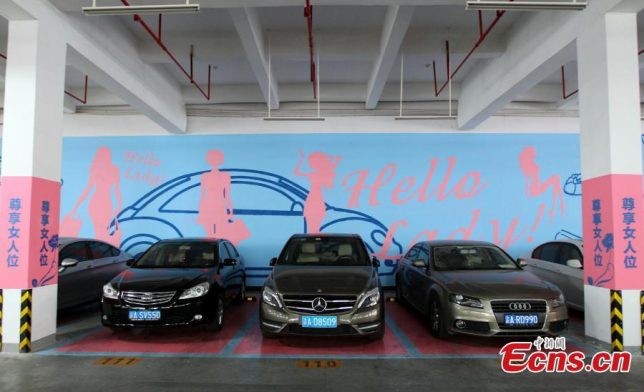 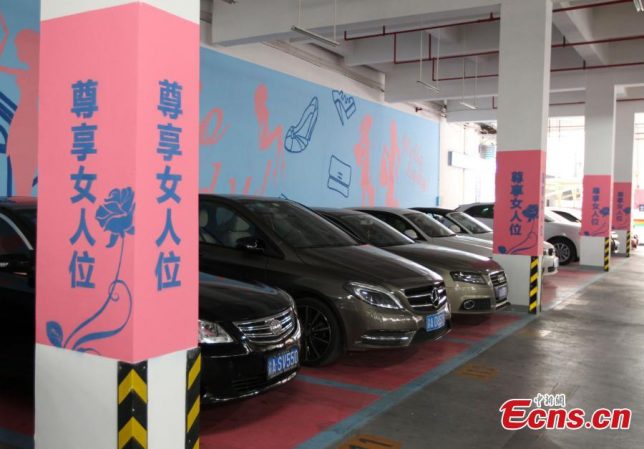 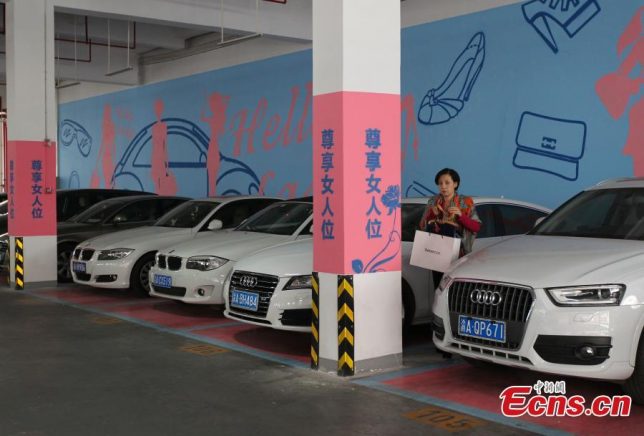 A mall in Chongqing, China exercised some admirable restraint with the pink paint but what’s with the “Hello Lady”? Who consulted on this design, Jerry Lewis? What’s more, those ultra-slim silhouettes may trigger negative reactions among the anti-body-shaming crowd.

Take This Spot And Shovel It 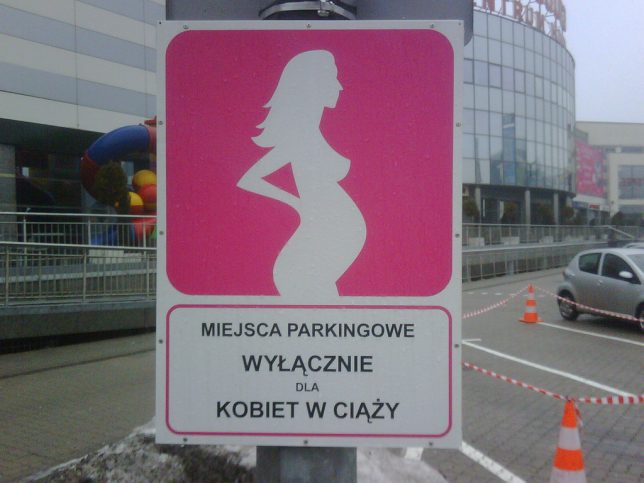 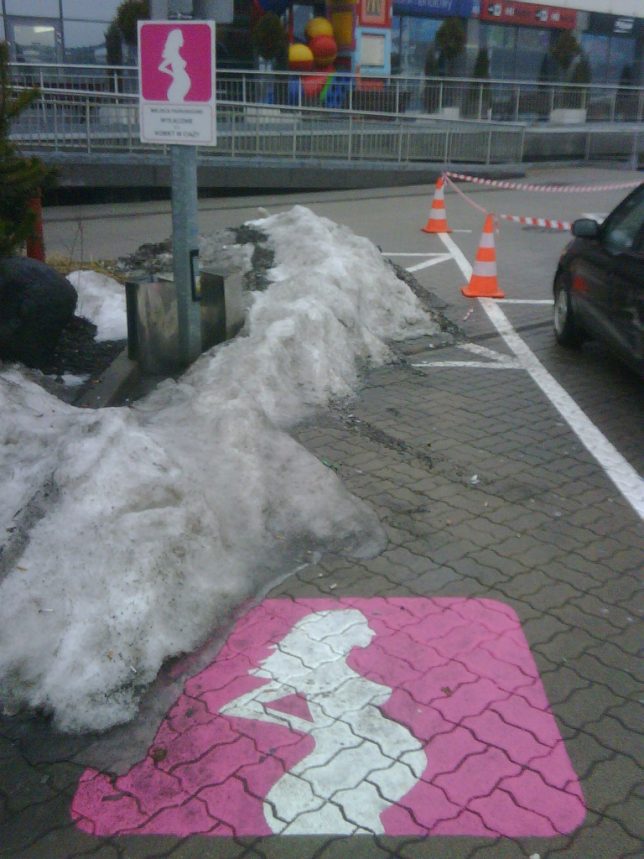 Here’s a passive-aggressive Pregnant Women Only parking spot in Warsaw, Poland. While the idea deserves applause, the execution – as captured by Flickr user Down Under Photography – somehow falls short. Well, what were you… expecting?