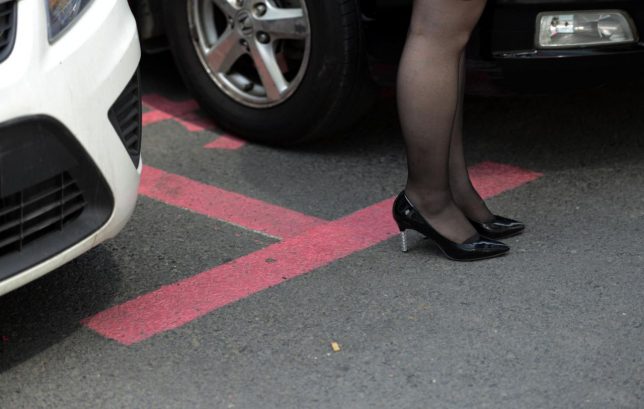 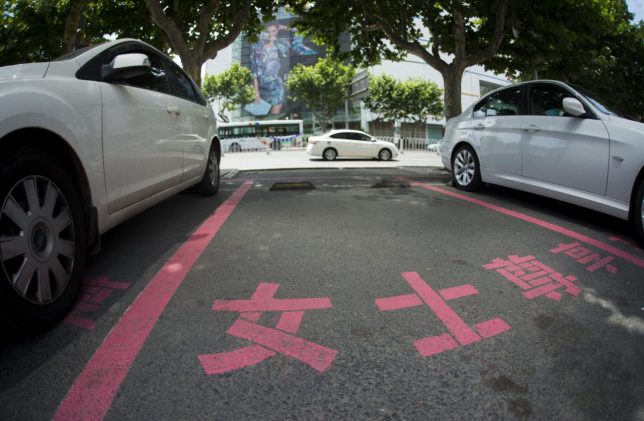 Surprisingly to some, China is a world leader in women-only parking though there has been some backlash – from both sexes. Take the “plus-sized” spaces at the Dashijiedaduhui (“World Metropolis”) mall in Dalian. The spots are 30cm (12 inches) wider than normal and display “Respectfully reserved for women” in pink paint. What could possibly go wrong? 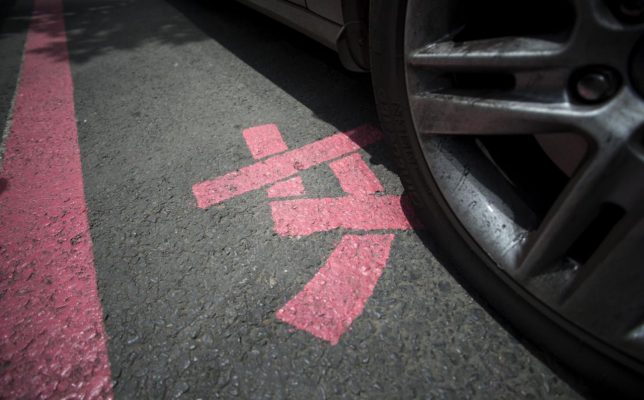 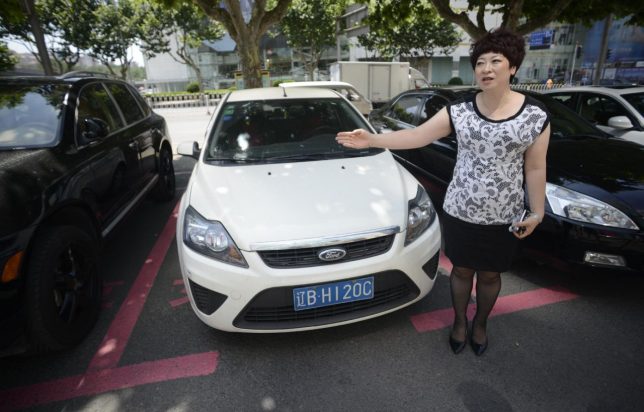 Plenty… “I think this is very convenient,” said shopper Yong Mei to a reporter from AFP. “Other parking spaces are too narrow. It’s not gender biased, it’s just that women have a few issues with vision when parking.” Er, you’re not helping, ma’am. “We just wanted to make things easier for women, who make up most of our customers,” explained Yang Hongjun (above), the mall’s manager. “It’s not an insult to women at all,” added Yang. “If their parking spaces are larger, it’s only for practical reasons. It doesn’t mean that women drive less well than men.” Yeah, that’s the ticket! 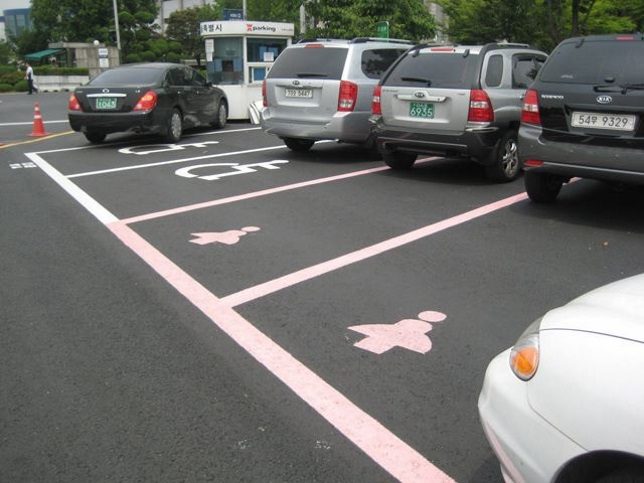 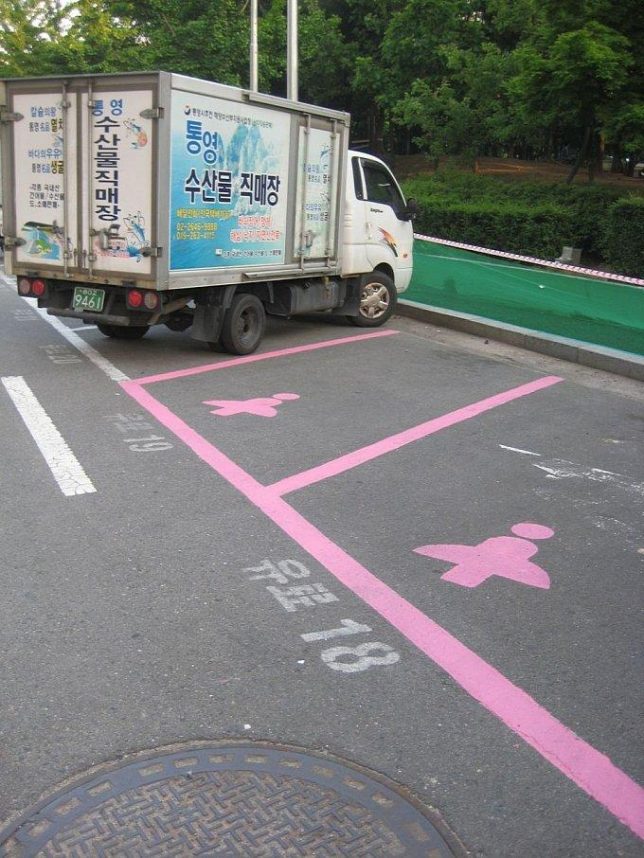 In mid-2014, city authorities in Seoul, South Korea rolled out the “Women Friendly Seoul” program intended to help women in the nation’s capital feel safer and more secure. The 95 million-dollar initiative includes extra-wide parking places marked in pink with a stylized female symbol. The spaces are “longer, wider, better lit and positioned closer to entrances and elevators.” In other words, right beside the spaces for the physically disabled. Not that there’s anything wrong with that.

Turn That Frauen Upside Down 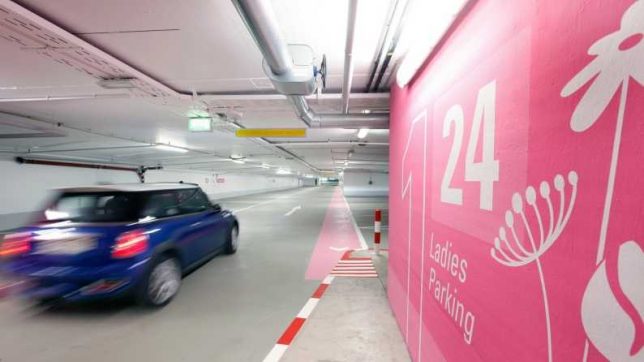 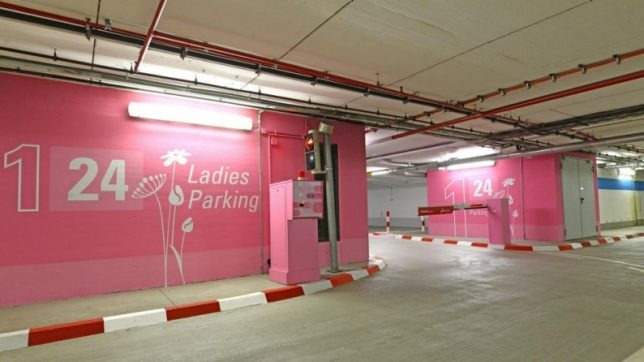 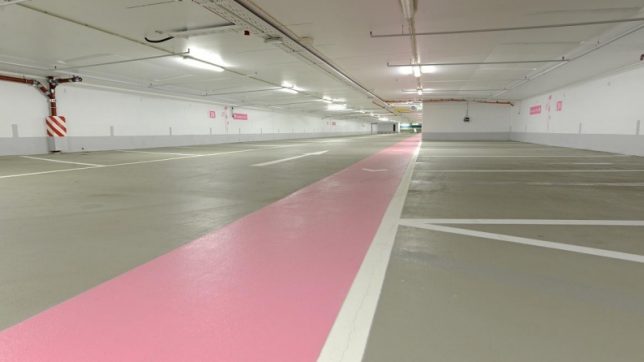 Frankfurt Airport in Germany boasts a well-lit, pleasingly painted and oddly car-free Frauenparkplatz section that’s raised some hackles among feminists. “All this does is reinforce the stereotype that women are bad at parking,” fumed Geraldine Herbert, editor of Wheels for Women magazine. 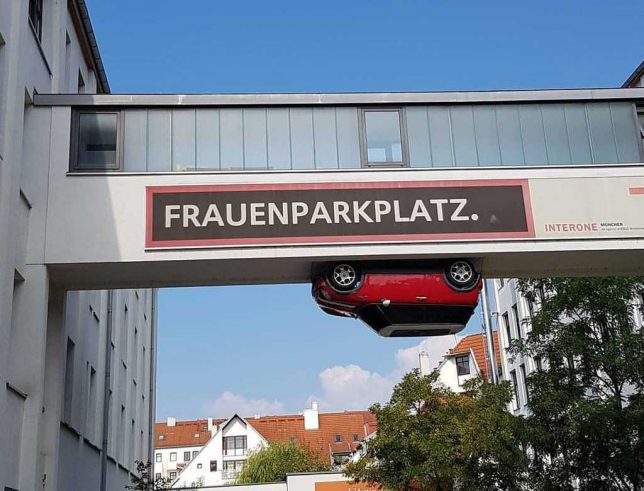 One wonders what Ms Herbert would think of the photo above, taken in Bavaria by Twitter user Michael Meidl. No doubt her rage would be more maxi than Mini.

Parking Fit For A Princess 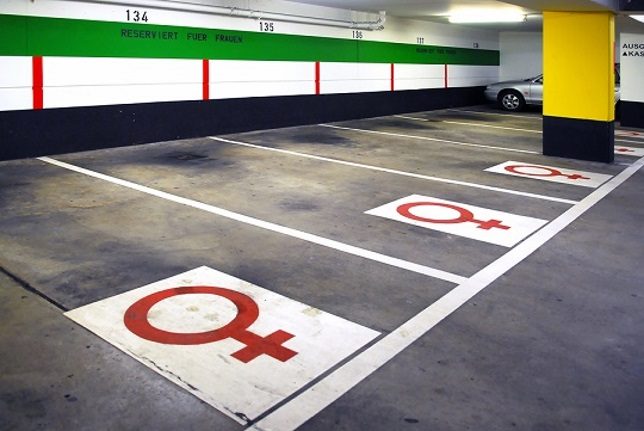 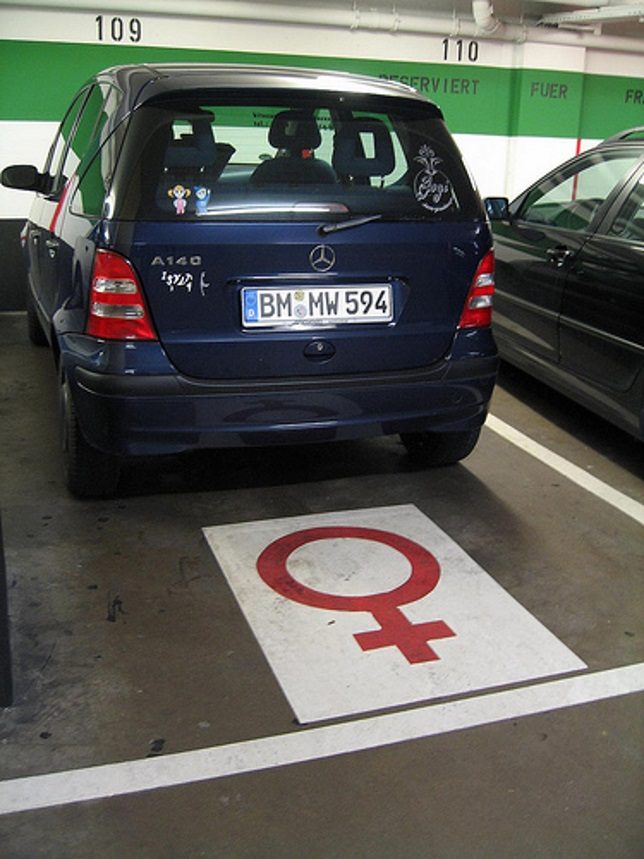 No pink paint, no pretty pictures, just a sterile generic gender graphic denoting spaces reserved for women. We’ll just assume, as the owners of this parking lot in Germany have, that drivers know the meaning of the Venus Symbol. Wouldn’t it be cool if the late artist formerly known as Prince had his own unique symbol emblazoned across his personal parking spot at Paisley Park?