Blurring the lines between reality and illusion in street art is Peeta’s specialty. You could stand right in front of one of his creations, gazing up at its proportions with your own eyes, and still barely be able to tell which elements are three-dimensional and which aren’t. His latest works are just as incredible as ever, transforming the facades of buildings in Mannheim, Germany; Padua, Italy; Costa Smeralda, Sardinia; Lisbon, Portugal and more.

Costa Smeralda, Sardinia Italy. It’s been a pleasure to paint another mural from the “rings” series in a beautiful context like Promenade du port in Porto Cervo. It’s been pretty challenging for this anamorphic piece, the walls of this building are all with different angles, almost nothing was really straight or perpendicular. This project was curated by @powwowworldwide and the amazing people of @promenadeduport It’s also been a really fun time with @mina_hamada @zosenbandido and @mrjasperwong , thanks to you all! #peeta #graffiti #mural #anamorphic #3dgraffiti #3dmural

Blast – oil on canvas 120×150 cm. /////////////////// This is a good example of what I see in my mind using imagination when I watch at buildings. I look at walls and I see possible murals but sometimes I see something beyond or extending out of them. /////////////// #peeta #oilpaintingoncanvas #graffitisurrealism #imagination #visualization

Strike color edition prints on shaped aluminum are now available. Link in bio. //////// Currently I’m extremely busy packing and shipping many of these prints that some of you already found by their own on my website in the last few days. Doing my best to make them arrive to your door as fast as possible! Always welcome to write me via email or DM for any question or suggestion on the installation. Thank you! ///////////// #peeta #printedition #graffitiprints #aluminum #UV

Typically designed to meld with a vivid blue sky, his creations are best viewed on a bright and sunny day, though some can be found in shady niches as well. His mastery of light and shadow creates voids and projections where there are none. His ability to craft convincing abstract shapes is likely aided by the fact that he’s a sculptor, too, shaping and painting aluminum. 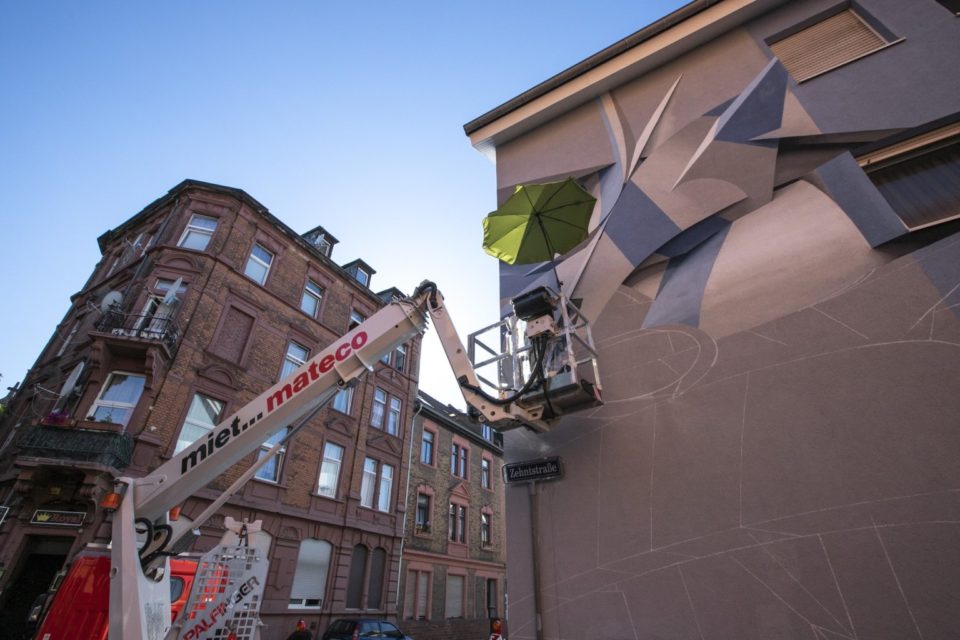 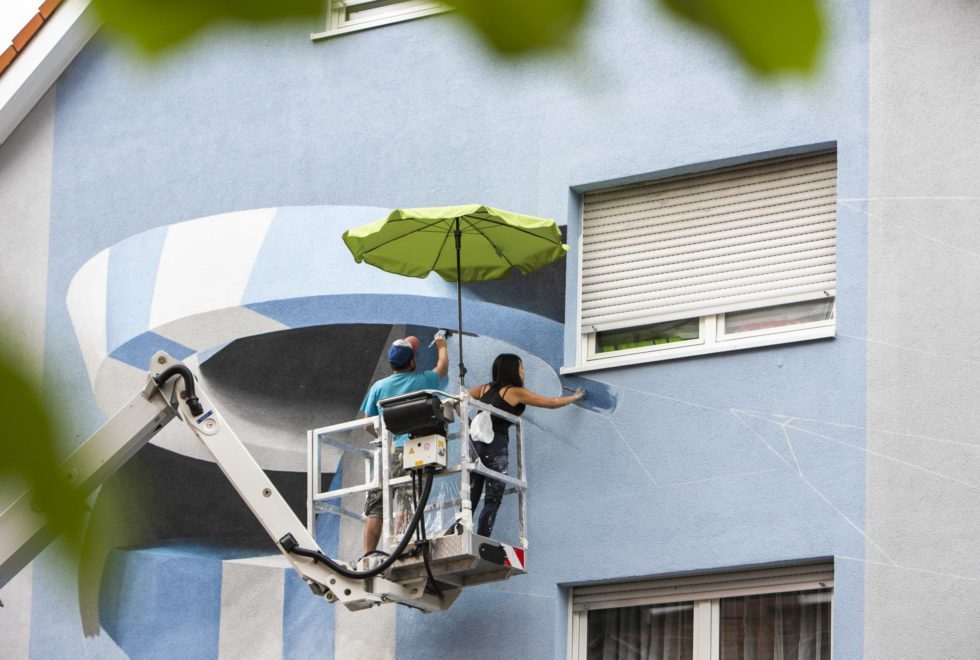 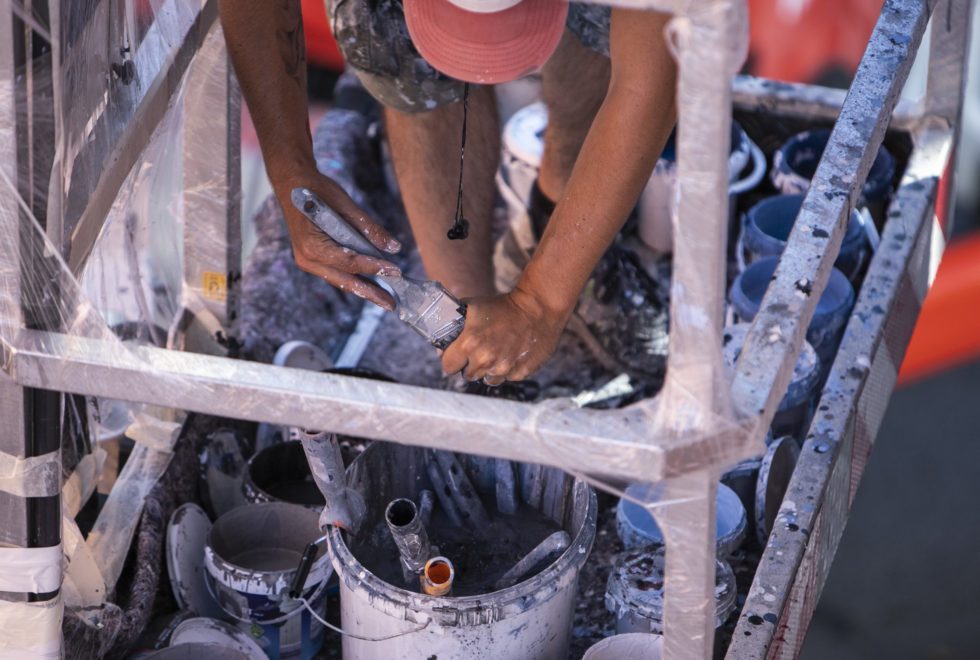 In 2011 we brought Italian graffiti artist Peeta (@peeta_ead) to London and presented his first solo show in the UK. He was then, and very much still is, a true master in his field ?? ? ? ? This is his latest anamorphic piece, created in Mannheim, Germany for Stadt-Wand-Kunst project. Swipe ?? for more #graffiti #anamorphic #3dart #acrylics #urbanart #publicart #mural #streetartist

Last time we caught up with Peeta (aka Manuel Di Rita), who’s based in Venice, Italy, he was fresh off a spate of multi-story murals that showcased a tremendous growth on his talents. Throughout 2019, he’s been hard at work, his newest project a composition of pale blue and gray on a private residential building created as part of the Stadt.Wand.Kunst mural project.

“The wait is finally over. Under the blue sky and with temperatures that you would rather sit in the shade, movement has come in the past few days in STADT.WAND.KUNST 2019 – in the truest sense of the word. The Venetian artist Manuel Di Rita, aka PEETA , braved the heat and transformed the facade of a private house in the Zehntstr. 1 to a masterpiece. The picture – which should rather be called an oversized sculpture because of its three-dimensionality – is the start of a new, colorful season of large-format murals in the Mannheim urban area.”

“I loved this building since the beginning and I tried my best to combine multidisciplinary skills to transform it while keeping its original taste,” says Peeta on Instagram. “Thanks to the city of Mannheim and the great people that supported and worked on this project.” 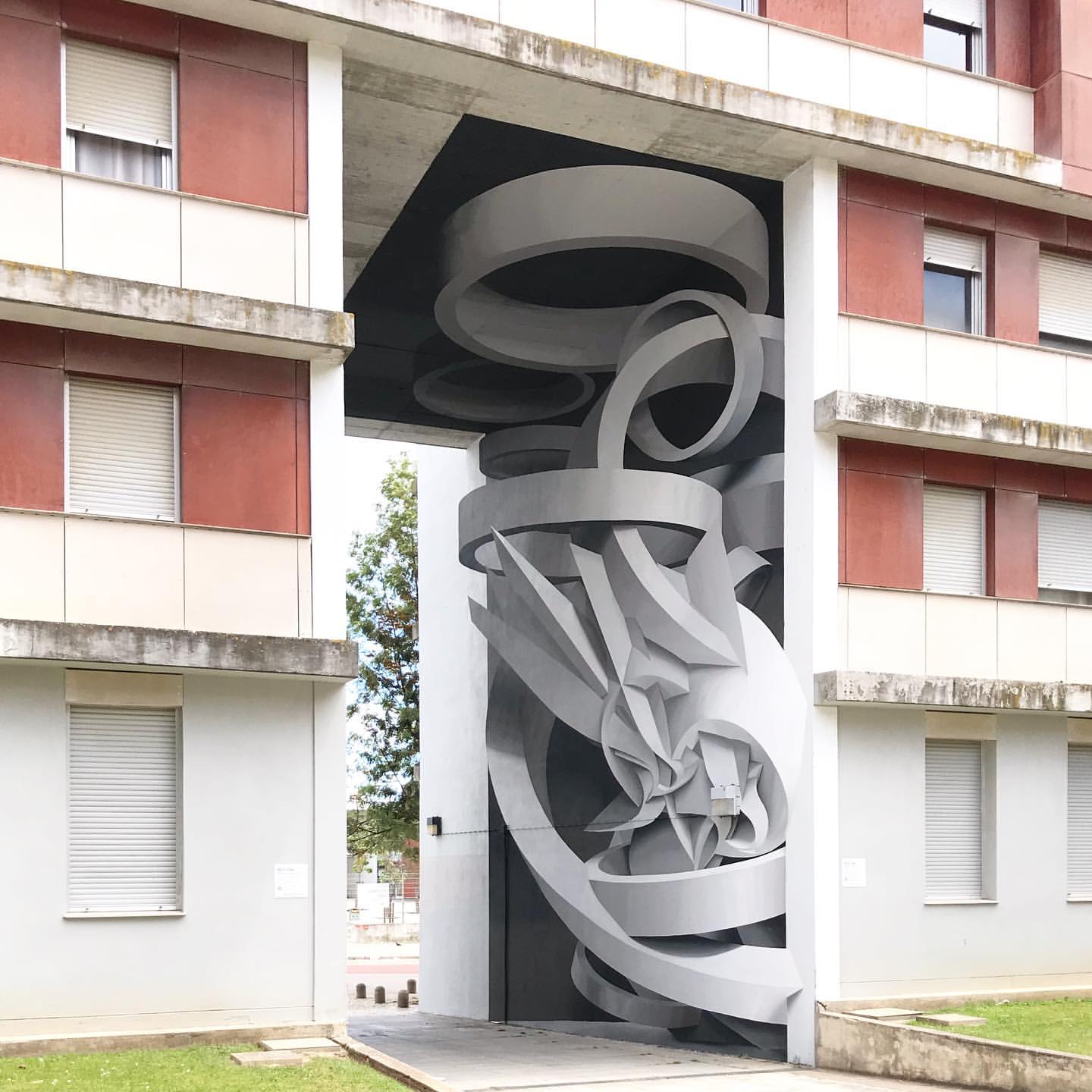 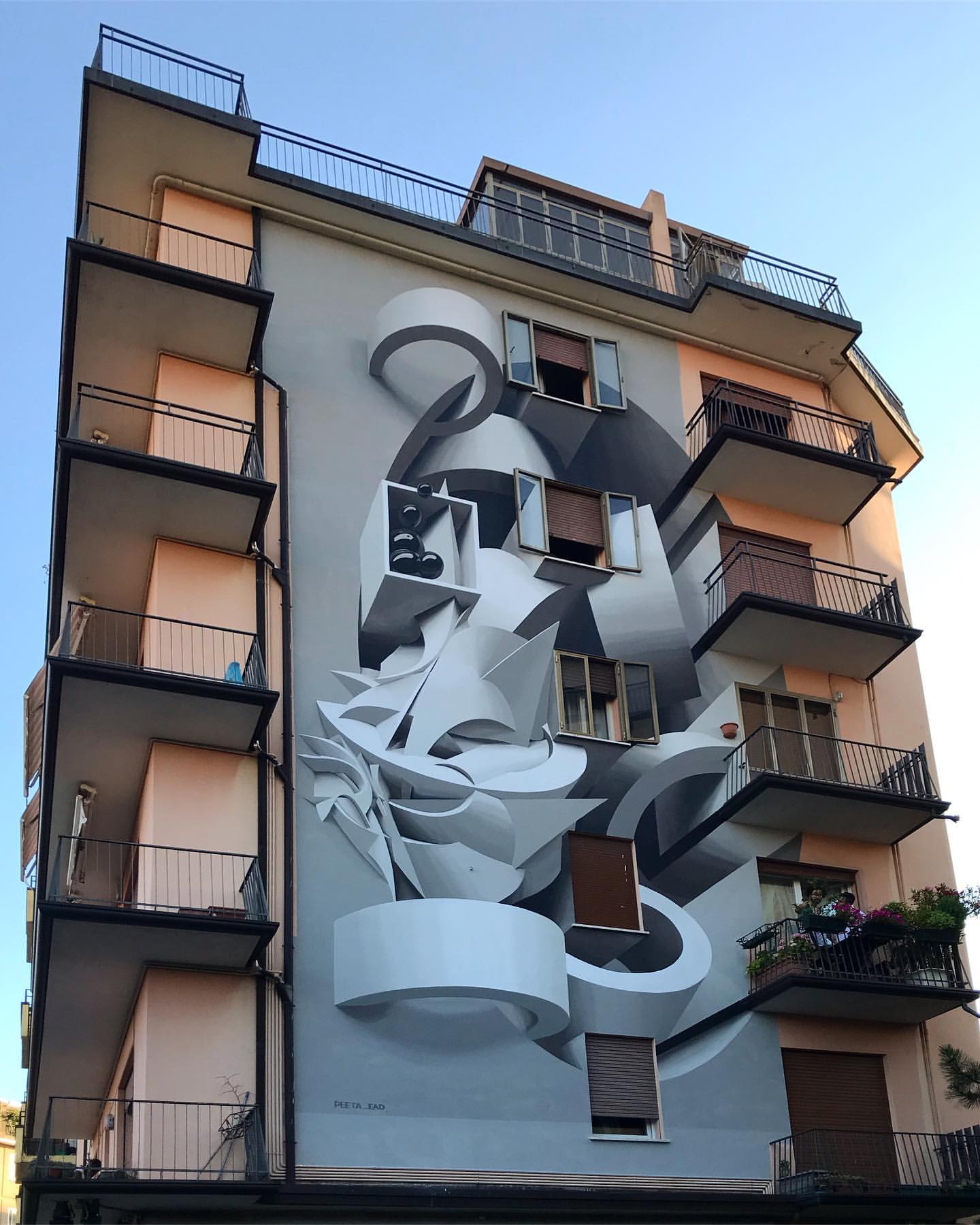