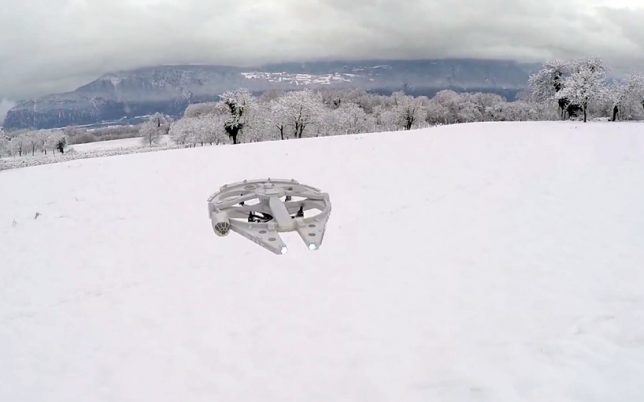 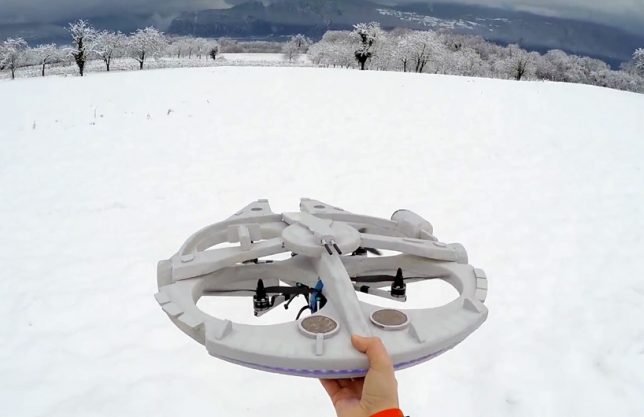 This DIY Millennium Falcon drone by Olivier C is a must-see for any Star Wars geek. Built upon a carbon and aluminum Prophecy 335 quadcopter, the drone features a powerful 1,100kV motor, four HQprop propellers and an 1800Ah battery with a custom frame design. 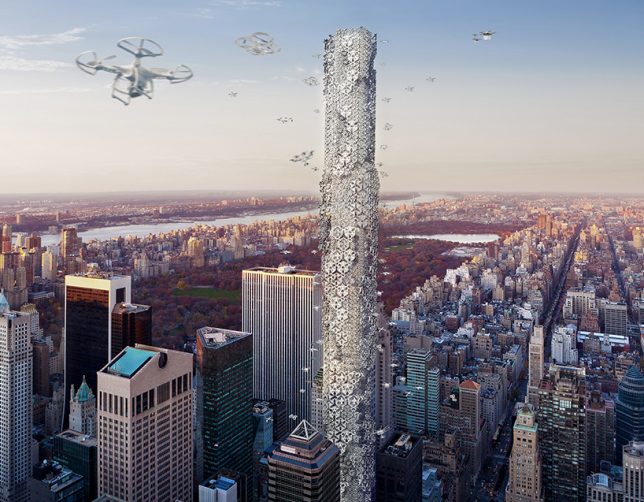 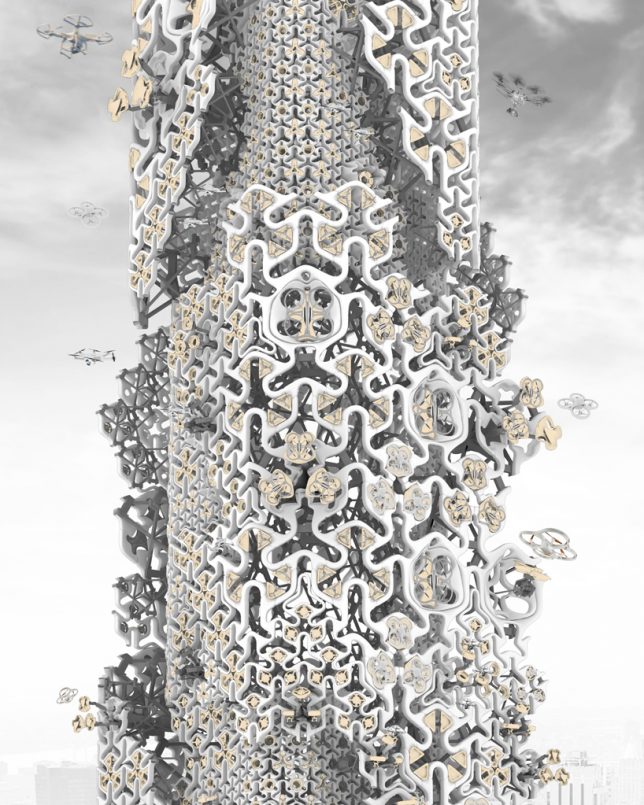 Envisioning a structure that could potentially be more useful to the whole of Manhattan than the current skyscraper going up at 432 Park Avenue, which will be the tallest residential tower in the western hemisphere, ‘The Hive’ is unlike anything we’ve ever seen. The appropriately named tower is essentially just a docking and charging station for drones, which depart and arrive like bees. The design aims to get around current no-fly zones in cities, creating a vertical highway where drone traffic could be out of the way of any essential functions. The facade is designed to fit nine different types of drones according to their size, shape and landing fixtures. Is it really more useful than a condo tower for rich people? Hard to say. 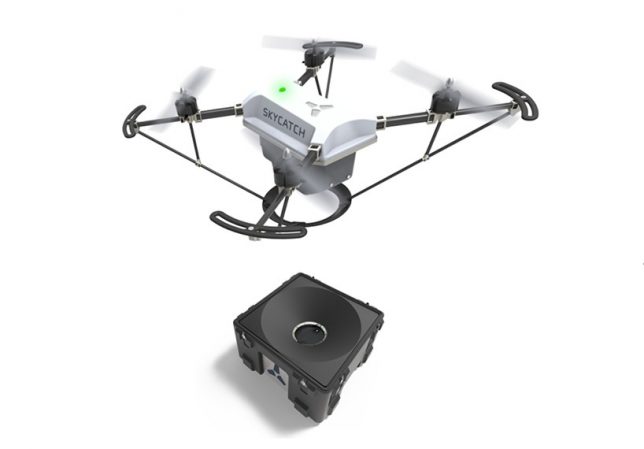 A collaboration between drone experts Skycatch and Japanese construction company Komatsu, ‘evo3’ is an essential part of a ‘smart construction’ concept using remote operators and autonomous vehicles to complete building projects. The drone goes up into the sky to scan job sites and translate aerial imagery into 3D site data, which enables fully autonomous on-site work. 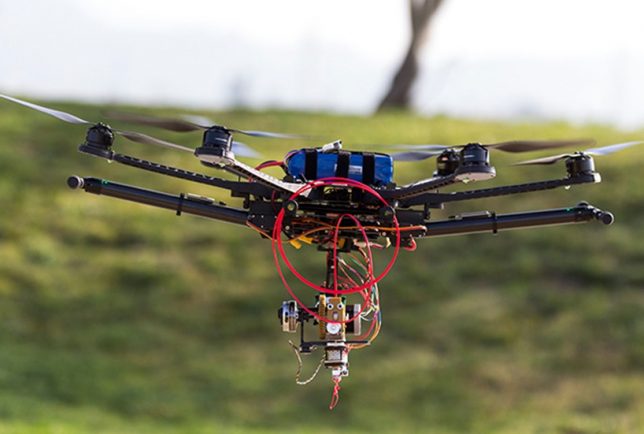 The MUPPette by Gensler is a mobile 3D printer that can autonomously build small structures wherever they’re needed. Part of the ‘Printers Without Borders’ project, the Mobile Unmanned Printing Platform (MUPP) comes in various sizes for different types of projects, with the MUPPette being a hexacopter equipped with PLA plastic as a lightweight building material. 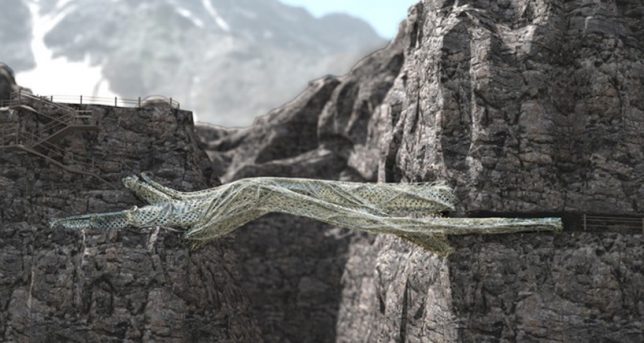 This commercial drone system captures detailed imagery and creates accurate 3D reconstructions, even when working around cell towers and other vertical structures. This makes it possible for quadcopters to capture challenging sites like never before, placed with incredible precision thanks to a two-part scanner. One is a tripod-mounted ground station that does an initial laser scan of any structure the drone needs to fly around, creating a 3D point cloud to prepare the drone’s path around it. The second is the drone itself, which communicates its exact position at 100 times per second, much faster than GPS.