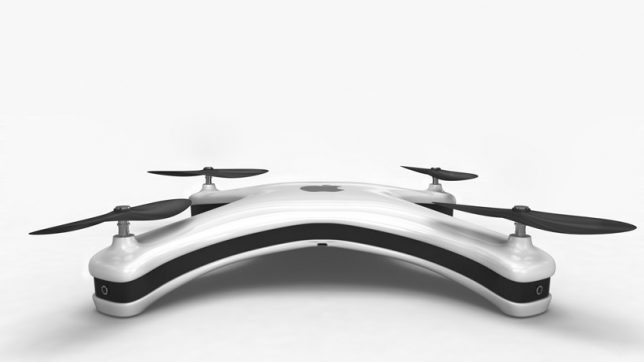 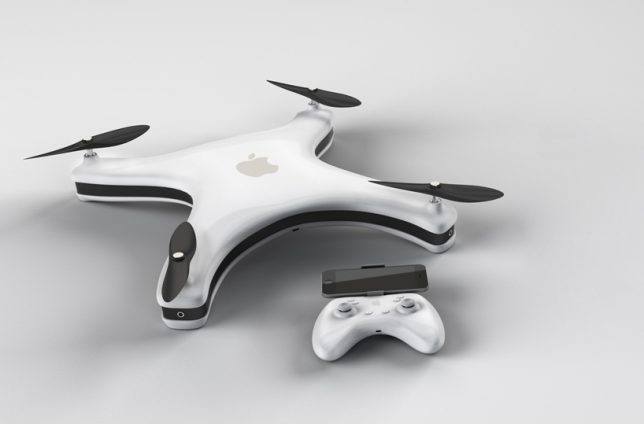 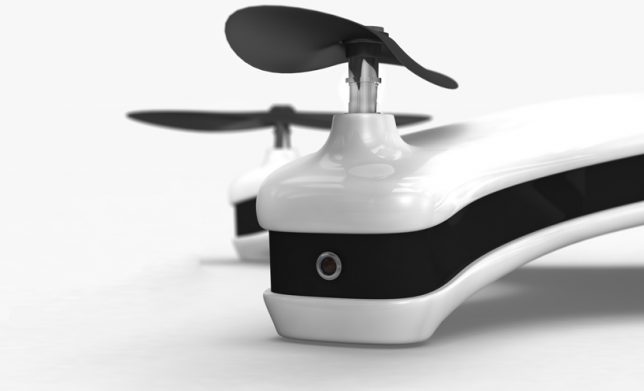 Designer Eric Huismann created this concept Apple-branded drone, imagining what a quadcopter from the brand might look like in its signature minimalist style. The gaming-style controller has an iPhone mount, and the drone itself is equipped with four wide-lens cameras called ‘iSight.’ All cameras can be used at once to take high-resolution panoramic photographs at 100 megapixels or capture cinematic 4K video at 60fps. 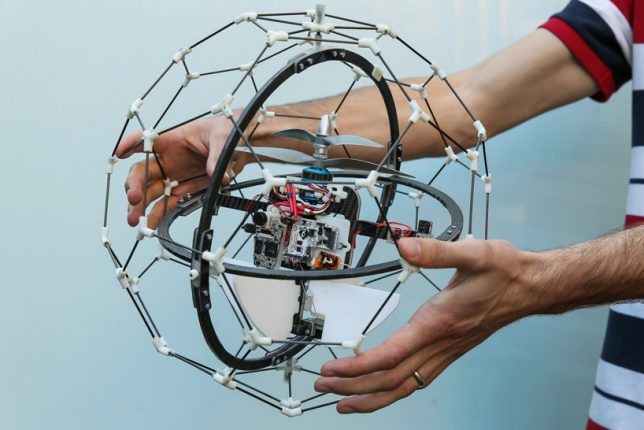 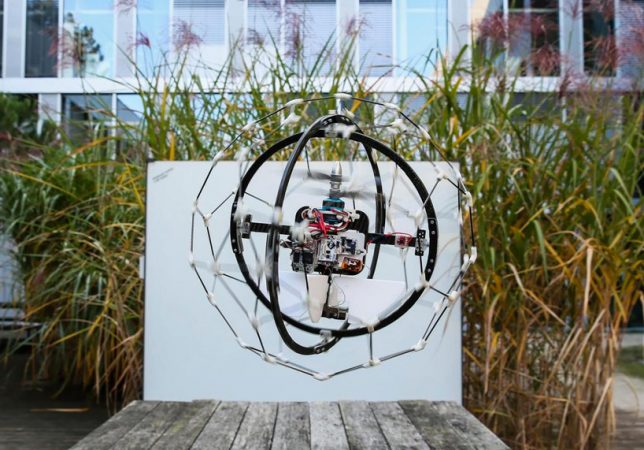 The $1-million-prize-winning Flyability Gimbal Drone impressed the judges at the UAE Drones for Good Awards with its rotating cage, which prevents damage in the event of accidental collisions, enabling it to enter confined spaces and fly safely around people and birds. The creators intend to use the money to fund additional R&D for the project. 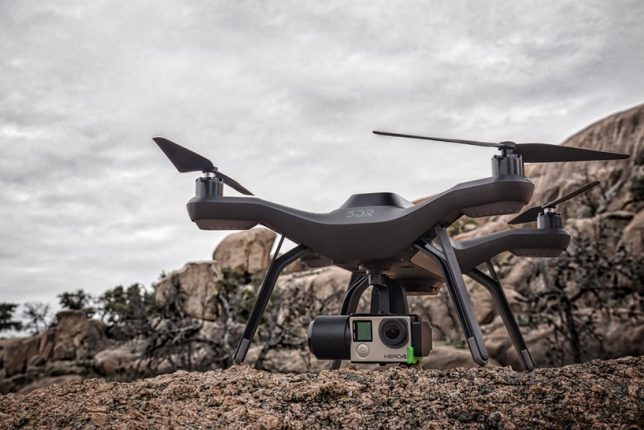 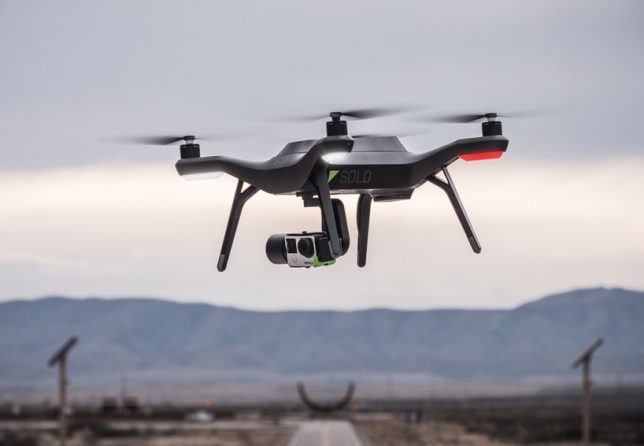 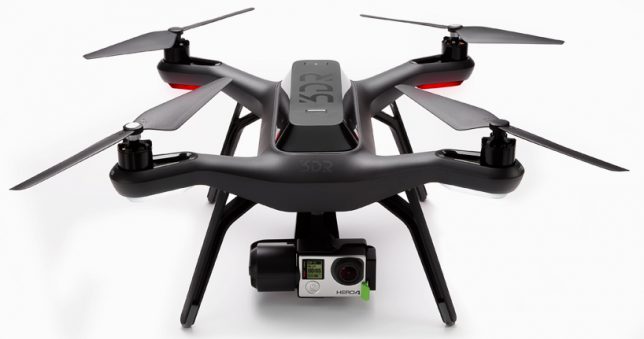 The Solo drone by 3D Robotics features processing power from twin linux computers, one in the quadcopter and one in the controller, with a selection of imaging controls. It’s available online for $999.95.

“Solo is a breakthrough in intelligent flight,” says 3D Robotics CEO Chris Anderson. “It’s not just smarter so that it can do more; it’s smarter so that you have to do less. We’ve turned the Hollywood toolkit into software, and allowed everyone to experience epic video, both behind and in front of the camera.” 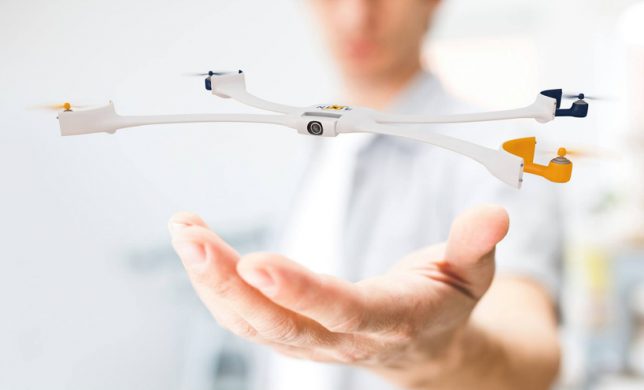 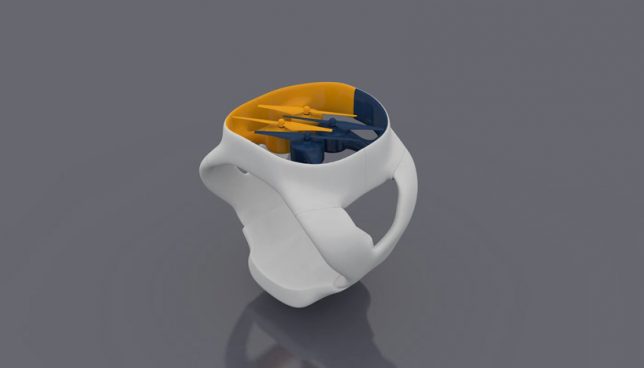 The Nixie is a mini selfie drone that’s so small, it wraps around your wrist like a watch when not in use. A tiny rotating polaroid in the center takes active pictures from all sorts of angles and positions, with its propeller blades wrapping around your wrist to keep it accessible. The propellers themselves don’t seem to have guards, so hopefully it’s reliably accurate when docking itself.