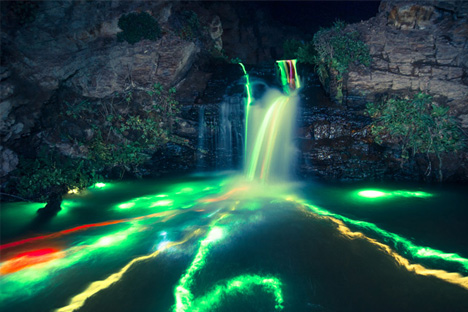 With the rise of digital technologies, photographers are finding increasingly fascinating ways to capture minutes, hours, days, weeks, months and even entire years. Here are just three extraordinary time-lapse photography examples spanning from seconds to minutes through a 24-hour day and culminating in a full 365-day year. 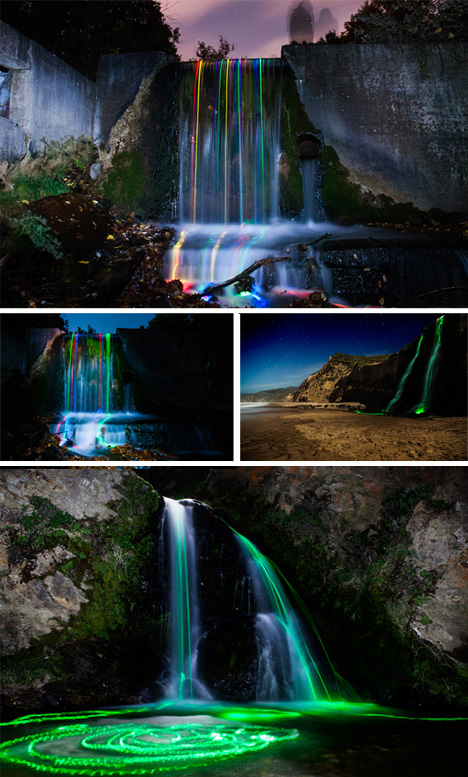 Sean Lenz & Kristoffer Abildgaard are on the shorter end of the spectrum, but their colorful collaborations are nonetheless spectacular. Their shots range from a few seconds up to several minutes, and capture luminescent paint sticks placed in above waterfalls – the path of the material traces the movement of the water. “To accomplish some of the more complicated shots they strung several sticks together at once to create different patterns of illumination. For those of you concerned about pollution, the sticks (which are buoyant) were never opened and were collected at the end of each exposure, thus no toxic goo was mixed into the water.” 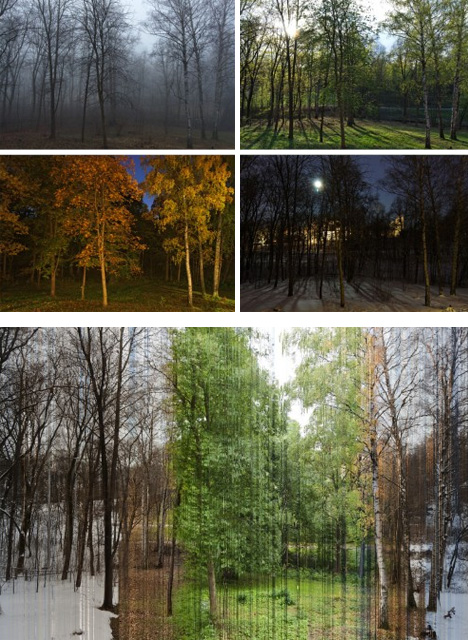 Eirik Solheim started shooting pictures out of his window daily, then realize that with coding help from colleagues and readers, he could compile a time-lapse collage of an entire year. “The resolution of the 16 000 images I now have from 2010 are 3888×2592 pixels. So I selected 3888 images snapped during the day.” From there, he created a series of videos as well as the finalized composite still image above.