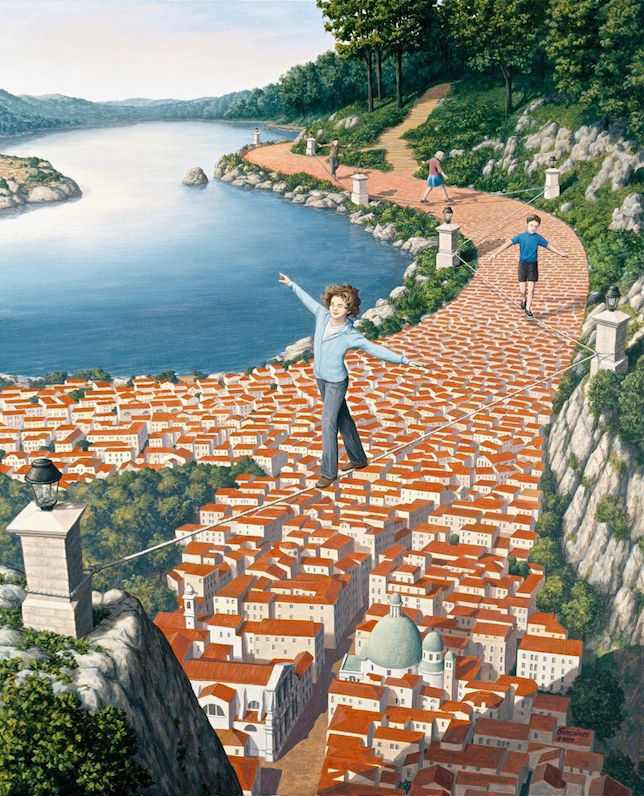 The 55-year-old Canadian of Portuguese descent takes settings that look ordinary at first glance, then layers and intersects them to form fantastic fictional realities. Many of his pieces tackle overlap, blurring the boundaries of natural and built environments. 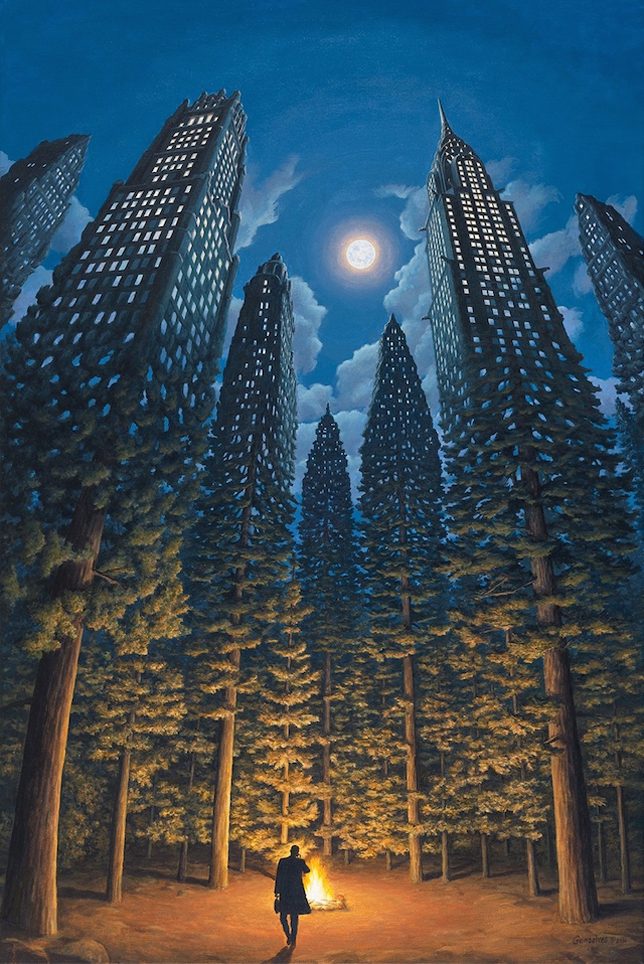 Trees falling from the tree on a street form a canopy for a second, semi-secret world below. Books slowly turn into steps as they make their way around a domed library. Bricks become rooftops as children walk along a path. Skyscrapers morph into trees, blending nature and cities. 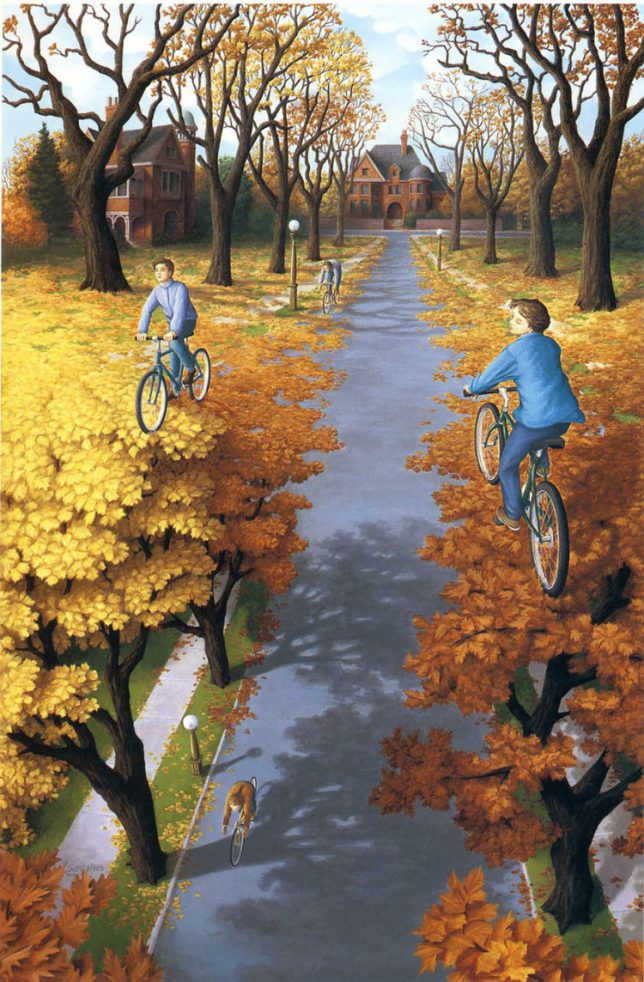 After college, Gonsalves worked as an architect and painted trompe-l’œil murals and theater sets on the side. As the popularity of his artistic works grew, he turned to painting as a profession. 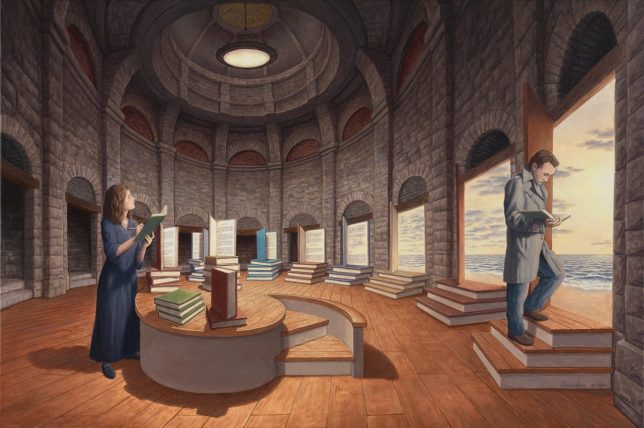 “Although Gonsalves’ work is often categorized as surrealistic, it differs because the images are deliberately planned and result from conscious thought. Ideas are largely generated by the external world and involve recognizable human activities, using carefully planned illusionist devices. Gonsalves injects a sense of magic into realistic scenes. As a result, the term “Magic Realism” describes his work accurately. His work is an attempt to represent human beings’ desire to believe the impossible, to be open to possibility.”