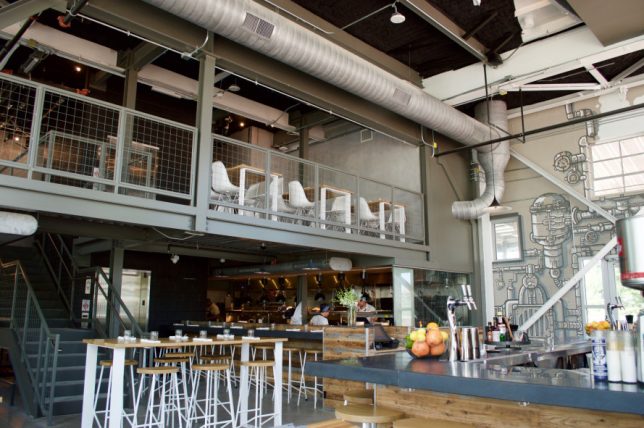 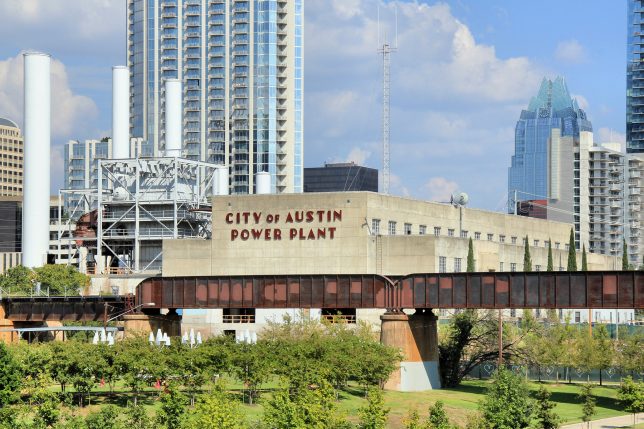 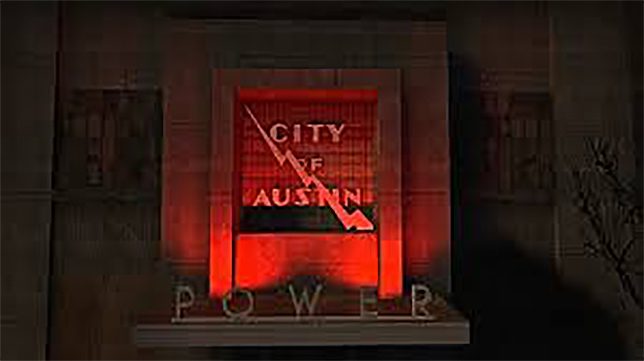 The historic Seaholm Power Plant in downtown Austin, commissioned in 1948 and decomissioned in 1989, is now part of a mixed-use district of office, retail and restaurant space as well as a residential tower. The semi-outdoor Art Deco power plant housed five turbine generators with their tall smokestacks, which have become an iconic part of the city’s skyline. The centerpiece of the renovated power plant is Boiler Nine Bar + Grill, which features a subterranean drinking den near the original boiler room and a rooftop space with views of the city.

Historic Gasholder to Park in London 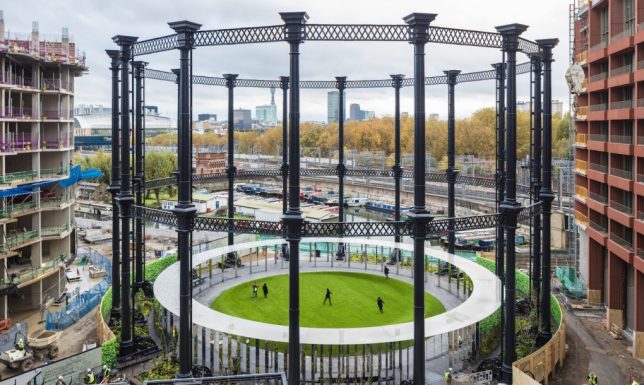 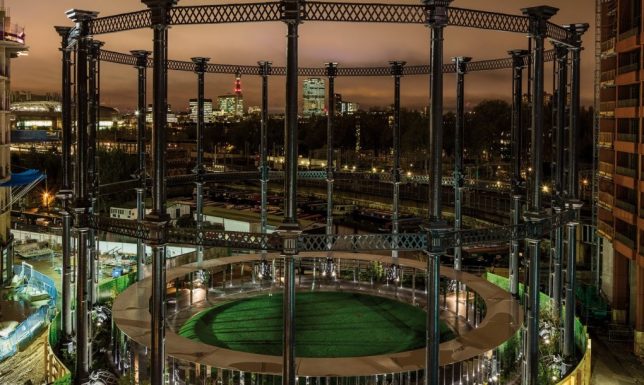 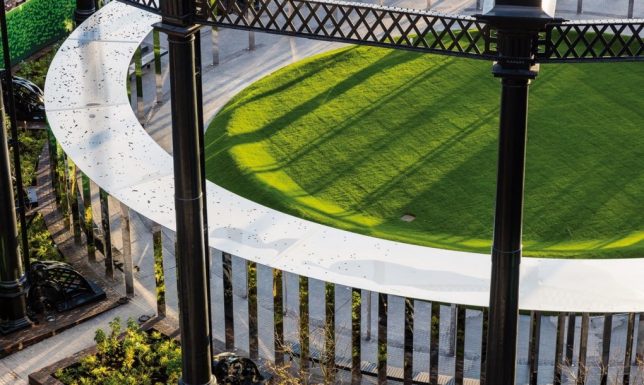 A rather futuristic-looking circular park has risen to occupy the skeleton of a historic gasholder in London. Gasholder Park by Bell Phillips Architects stands at the center of the King’s Cross redevelopment scheme, set within the frame of a Grade II Victorian gas holder constructed in the 1850s and decommissioned in 2000. Standing 82 feet high, the circular guide frame was dismantled from its original location in Pancras Square, reassembled and placed in its new setting. 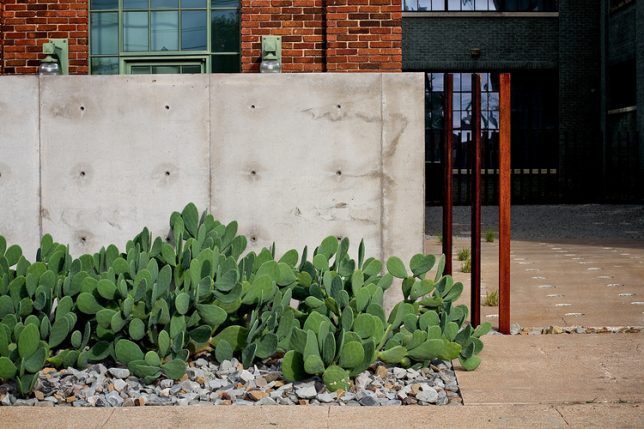 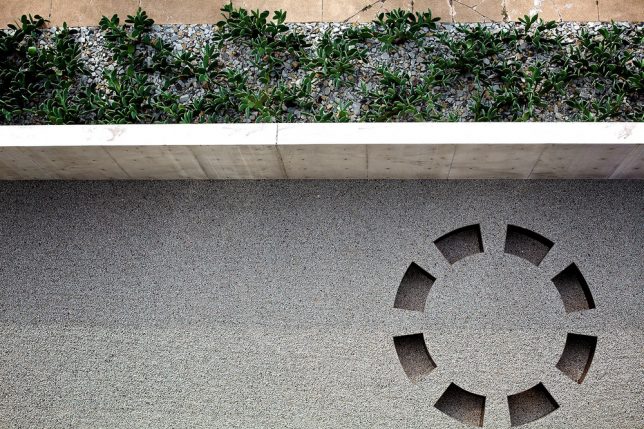 A Dallas Power & Light electrical substation built in 1926 is now ‘The Power Station,’ a non-profit arts space and garden juxtaposing the “raw character” of the architecture with contemporary art. Hocker Design Group, which helmed the project, says “Along with interior spaces, an urban gallery garden has sprung to life within the former industrial compound. The exterior is an urban experience for the many pedestrians that frequently travel by on their way to a well-used hike and bike trail. As will many items in the design, this became an exercise in reclamation and reuse.” 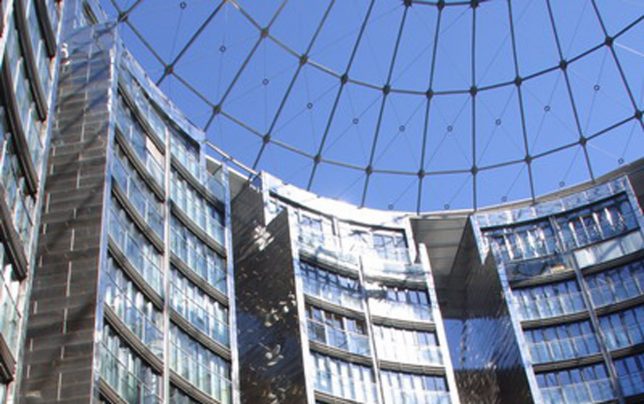 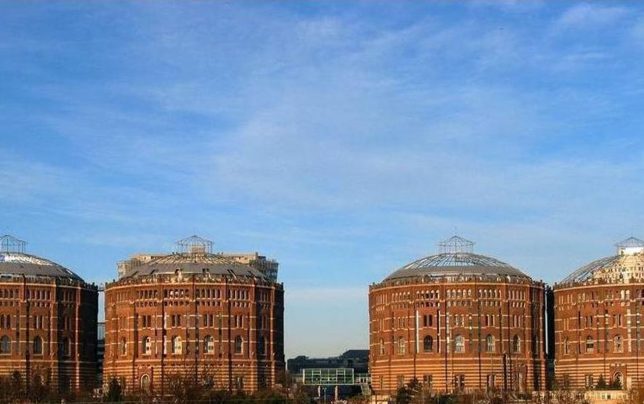 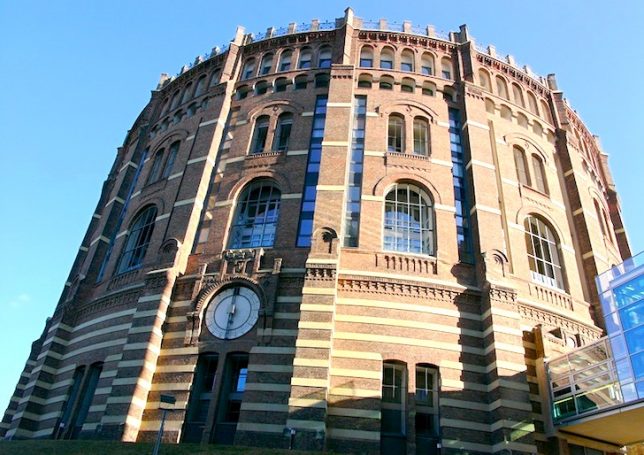 Four massive circular coal gasometers in Vienna, built in 1896 and abandoned for most of the 1980s and ‘90s, now hold over a thousand tenants as a sort of city-within-a-city. Located in the Simmering district, the revitalized complex is now one of Vienna’s liveliest mixed-use housing developments, with airy apartments set within the outer rings facing interior courtyard gardens. Today they house nearly 800 apartments, a student dorm, offices, shops and more, and are connected with skybridges.