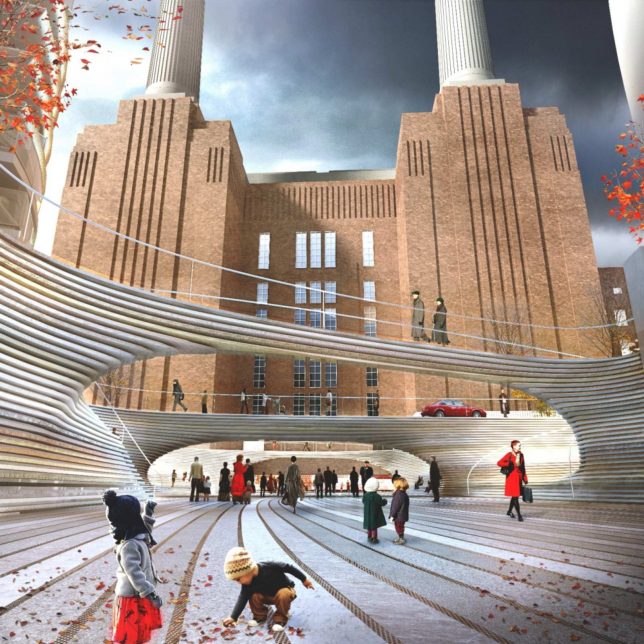 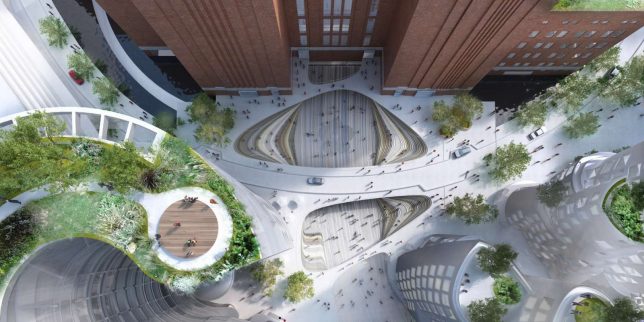 The firm Bjarke Ingels Group (BIG) has big plans for the four prominent chimneys poking out of the Battersea Power Station, envisioning a transformation into giant sparkling Tesla coils. The coils would be powered by pedestrians passing through the public square adjacent to the building, which BIG is set to renovate into a development called Malaysia Square as part of the larger Battersea renovation. “We’re working with experts in Tesla coils, looking into how to incorporate it into the chimneys so essentially we might celebrate the transformation from carbon footprint to human footprint. We imagine it like Big Ben, when the clock strikes the hour, we can have this celebration of human energy and human life.”

Lots Road Power Station to Apartments on the Thames, London 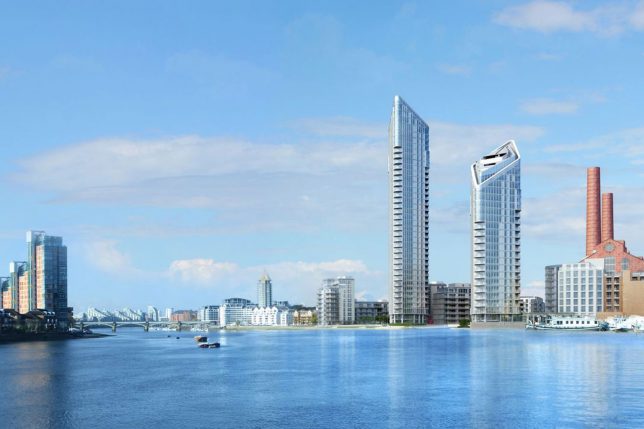 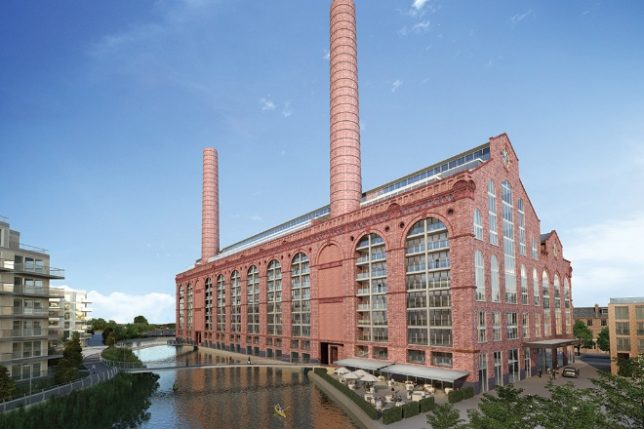 Known as ‘Mini Battersea,’ the Lots Road power station that once powered the London Underground is also getting a major makeover. The station will be flanked by two glass towers and turned into 260 apartments as part of the biggest development scheme on the north side of the Thames River in over a century. Built in 1904, Lots Road was the longest-serving power station in the world before it was decommissioned in 2002. 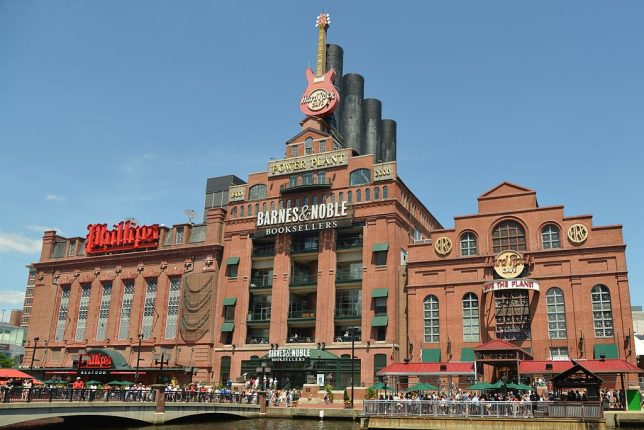 When preserving a historic structure, how commercial is too commercial for the redevelopment plan? Maybe the Pratt Street Power Plant in Baltimore has an answer, considering that the brick and terra-cotta structure completed in 1909 is now topped with an illuminated Hard Rock Cafe guitar. For all the gaudiness of its retail signage, at least the building remains mostly intact, including its Neo-Classical detailing. Prior to this incarnation, it has served unsuccessfully as a short-lived dance club, an indoor Six Flags theme park and other now-defunct projects. 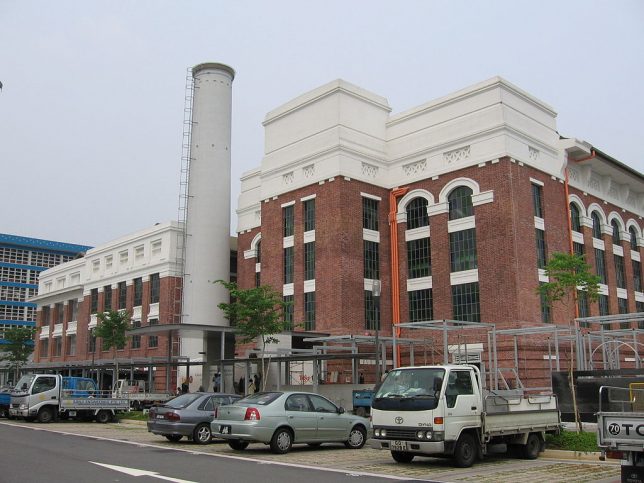 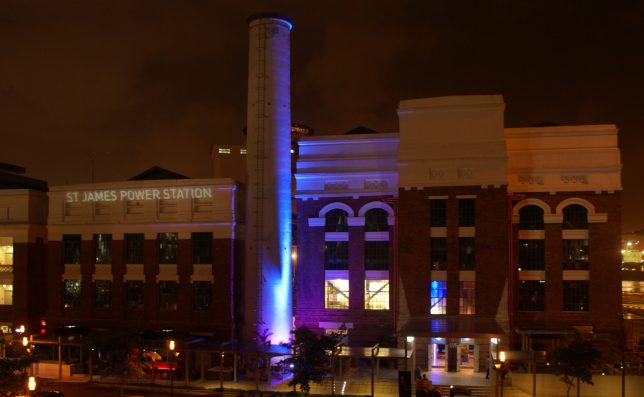 Singapore’s first coal-fired power plant, which was built in 1926 and supplied power to nearby shipyards, houses and industrial complexes, is now a music and nightlife venue accommodating 11 nightclubs and live entertainment destinations, with 70,000 square feet of floor space. Customers pay one fee to access the entire site, moving from one event to the next.