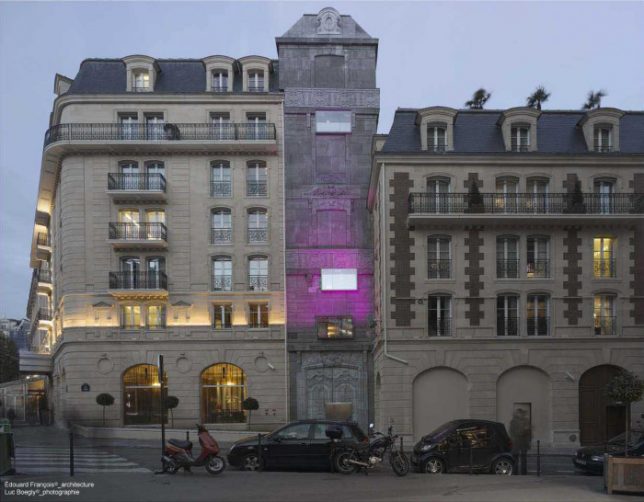 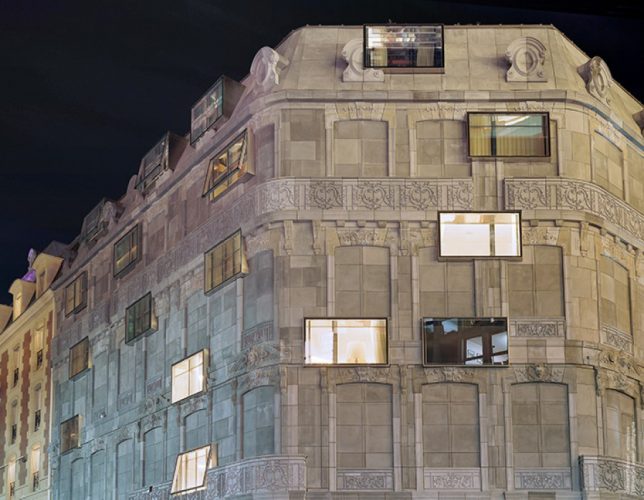 On the Avenue des Champs Elysées, one of Paris’ most exclusive and expensive areas where historical preservation is a high priority, architect Edouard Francois was charged with renovating the facade of the Fouquet’s Barriére Hotel, adding several sections that needed to blend in with their surroundings. Francois chose to reproduce the typical Haussmann facade seen on Champ Elysées in dark gray concrete panels, punctuating it with spacious, reflective rectilinear windows. The result is sort of like taking a mold of the original, casting it in a new material and adding it on, reinterpreting the original style using contemporary industrial technology. 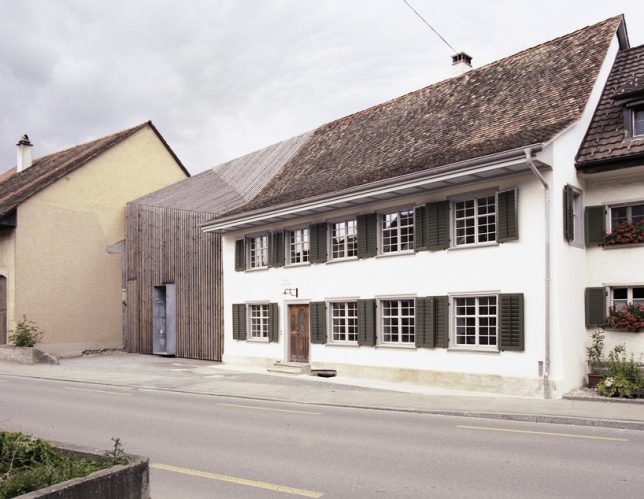 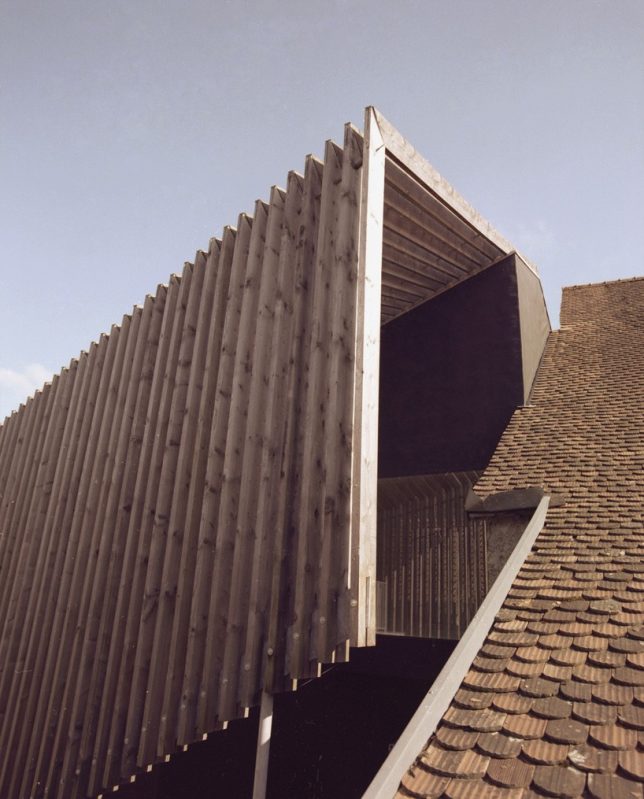 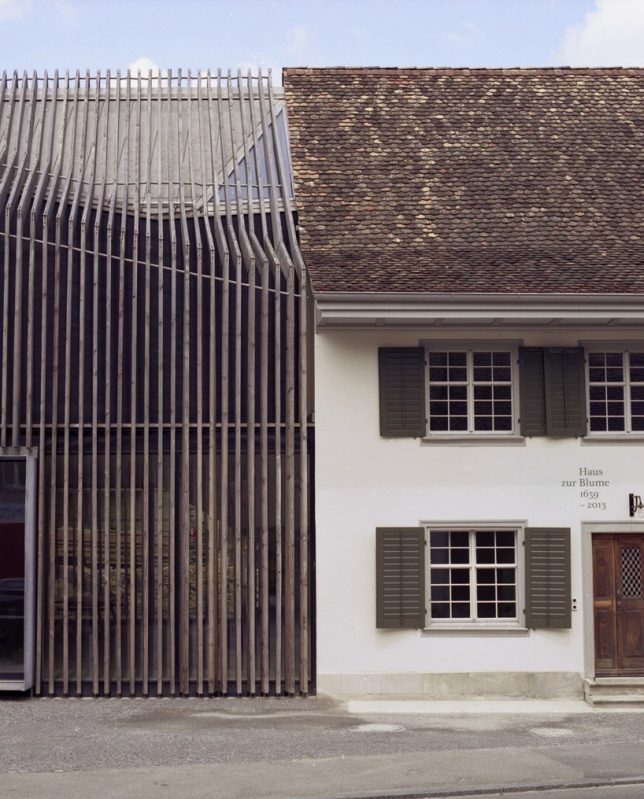 A modest row house in a small Swiss village morphs into something kind of strange , shifting from its original form into a similarly-shaped volume of vertically slatted timber. Swiss firm Marazzi Reinhardt created the extension to fit a gap between two existing structures, integrating the porous facade to let in sunlight. 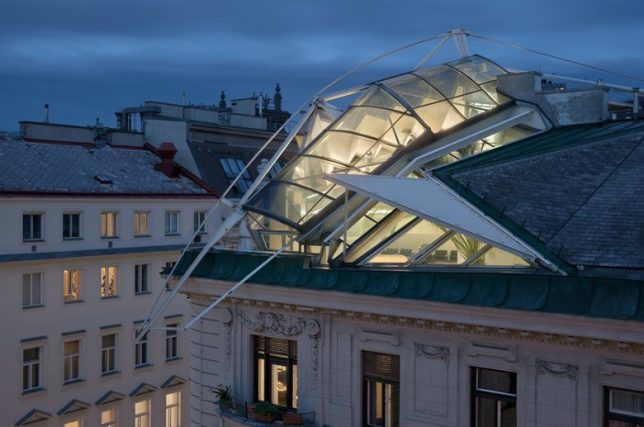 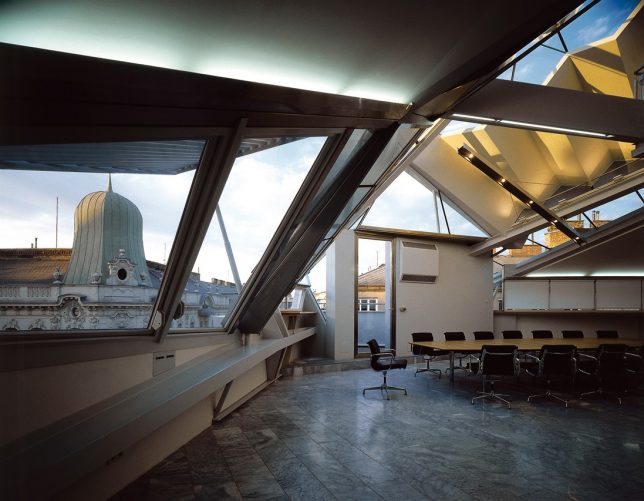 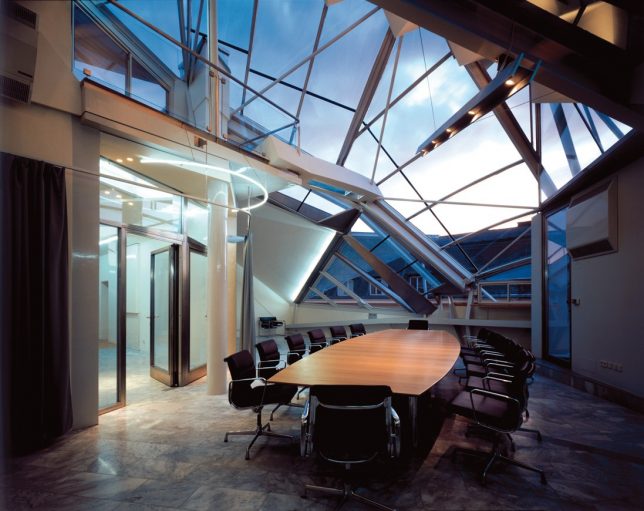 When a law firm wanted to extend their office upwards, through the roof of a historic building, architecture firm Coop Himmelb(l)au envisioned a skeletal framework that would cling to the rooftop, primarily constructed of glass and curved steel. The result is a structure that looks parasitic, calling to mind an oversized abstracted bird. 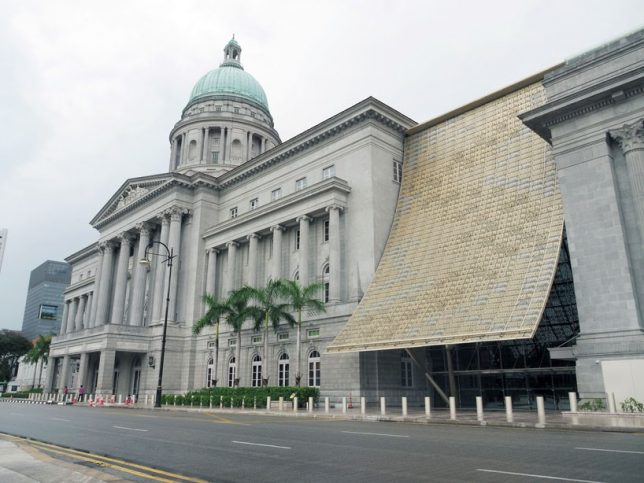 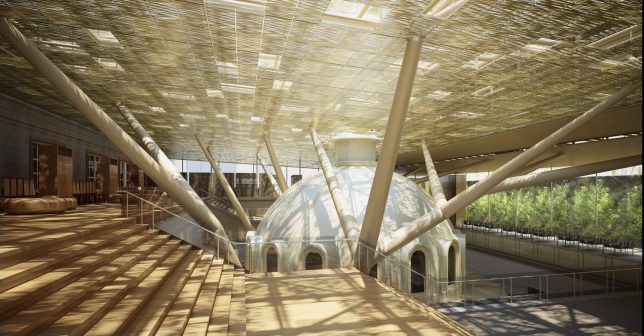 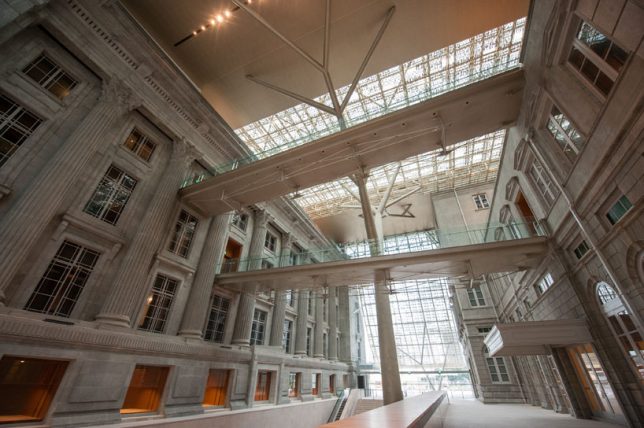 The previously empty space between Singapore’s former city hall and courthouse gets a transitional gallery disguised at street level by a gold filigree screen that arcs out over the sidewalk. StudioMilou supports this canopy from the inside with tree-like steel structures, the perforations casting a dappled pattern onto the interiors. As many original details of the preexisting buildings as possible were preserved, including the columns and windows on what used to be exterior facades and now face the gallery.