Roof for Archaeological Ruins at the Abbey of St. Maurice, Switzerland 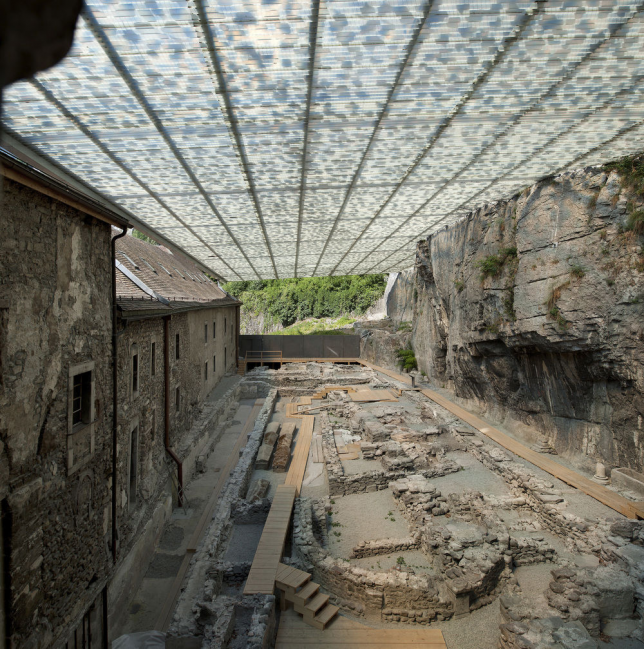 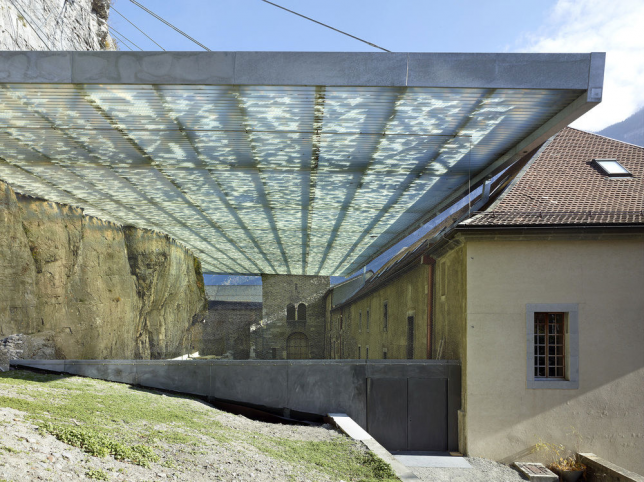 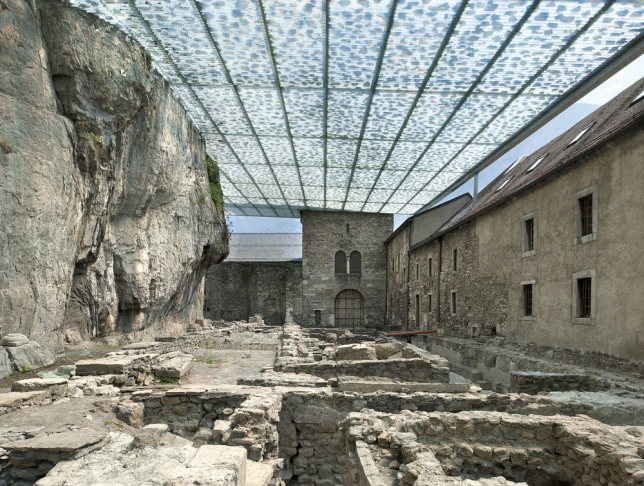 A sensitive archaeological site gets long-term protection while the 1500-year-old adjacent abbey gets a dramatic new look with this renovation project from Savioz Fabrizzi Architects. The abbey of Saint Maurice was crumbling, partially due to rock fragments falling right onto the buildings from the cliff above. The solution is a strong steel screen roof covered with small stones that filter light and absorb the impact of any additional falling rocks as well as blasts of wind. 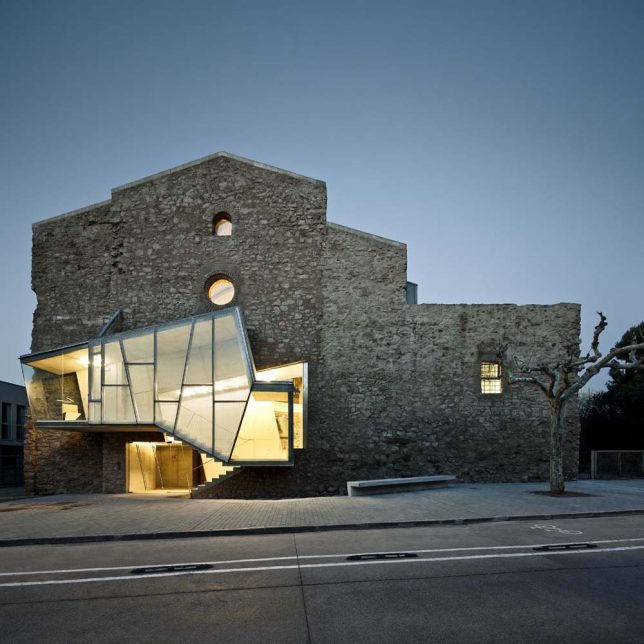 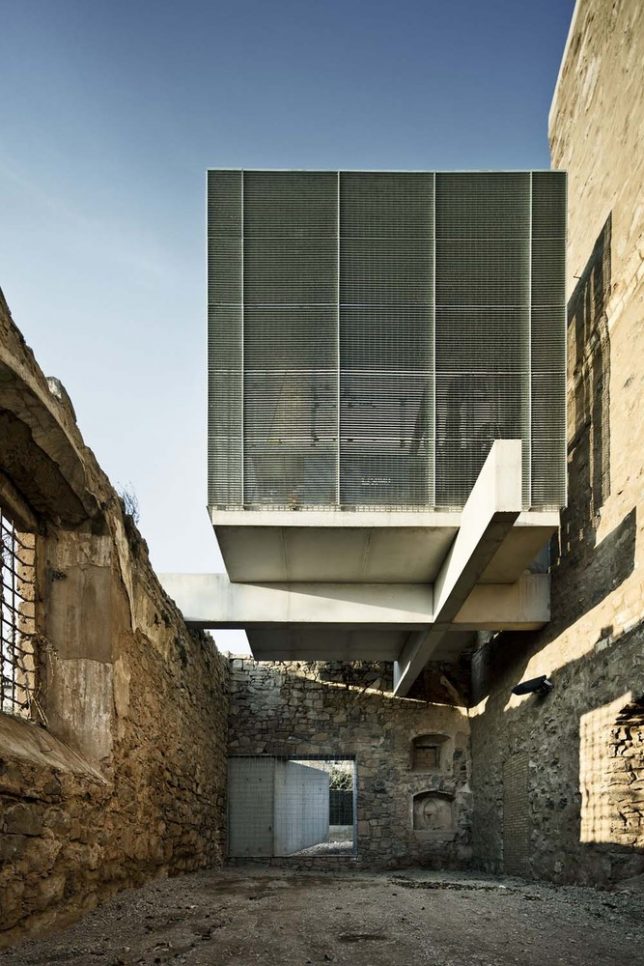 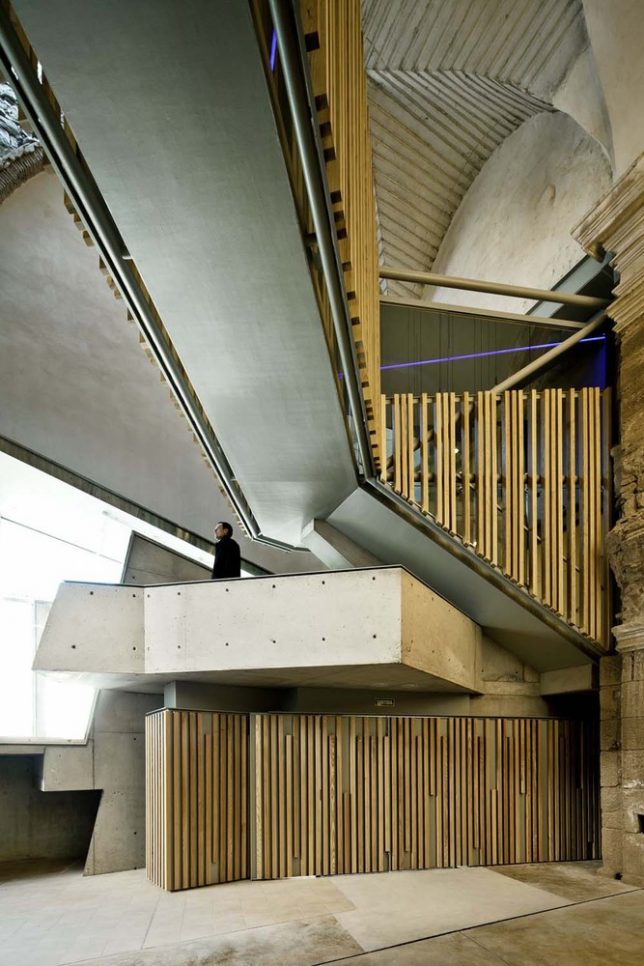 When an old church in the Catalan town of Santpedor was set to be transformed into a cultural facility, architecture firm David Closes came up with an intervention that would modernize and preserve it at the same time. Heavily damaged over time, the church was only partially standing when it had to be renovated back in 2003, and this second intervention adds new volumes for various uses while “preserving the sense of space and unity inside.” Some of these volumes have been placed so they stick out of the church’s main walls, making them highly visible modern additions so they don’t compromise the integrity of the original interiors. 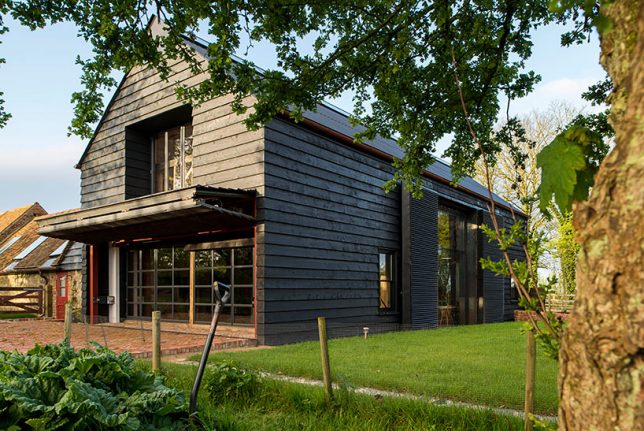 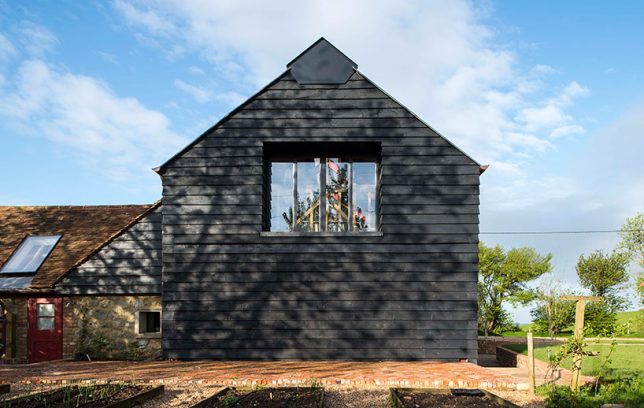 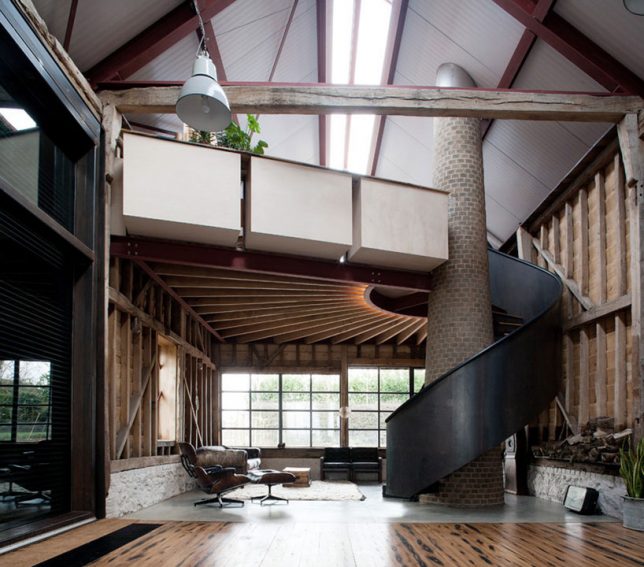 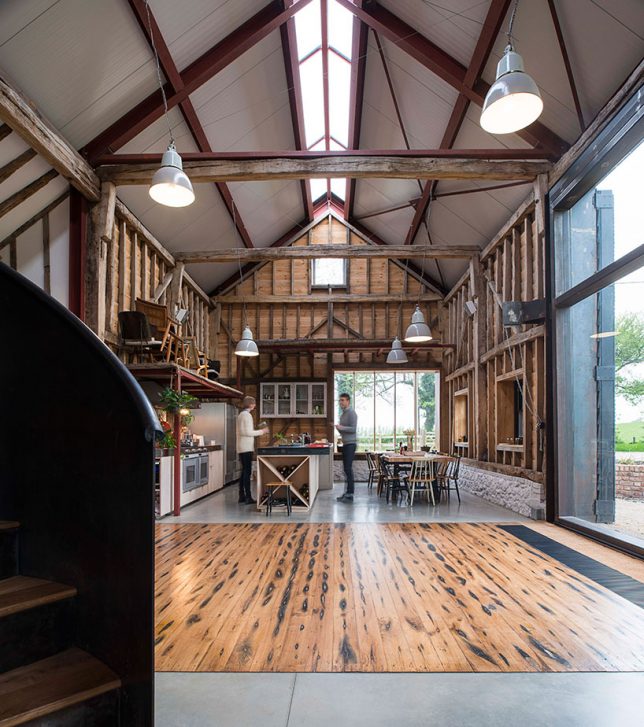 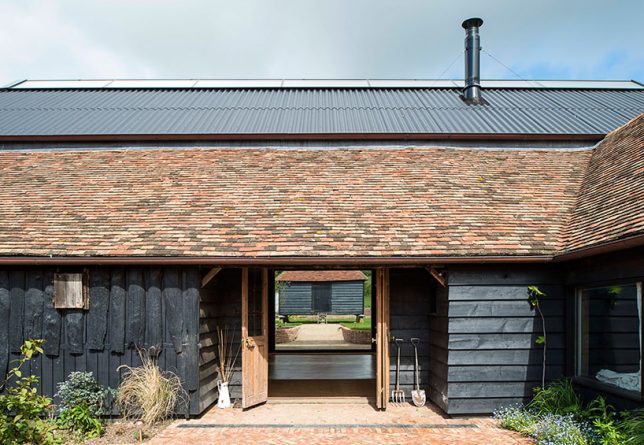 An existing 18th century barn on rural land in Kent was too beautifully and historically significant to destroy despite its rough condition, so Liddicoat & Goldhill integrated what was left of its frame into a whole new structure that smoothly transitions into the original farmhouse adjacent. The architects used as many original materials as possible as well as modern windows, a custom awning bifold door, a sculptural black staircase that spirals around a brick chimney and other contrasting elements. The result is a striking blend of traditional farm aesthetics and 21st century touches. 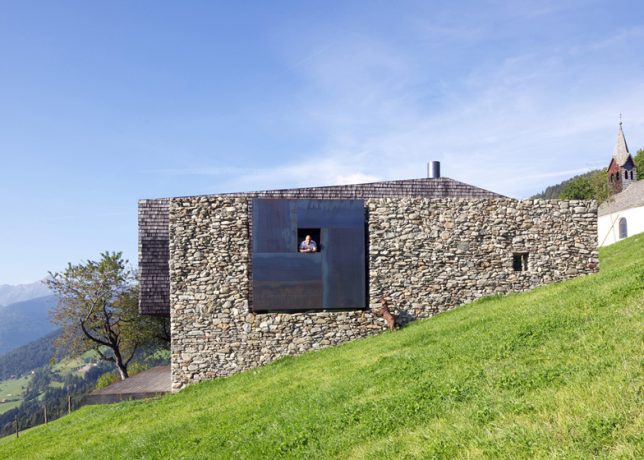 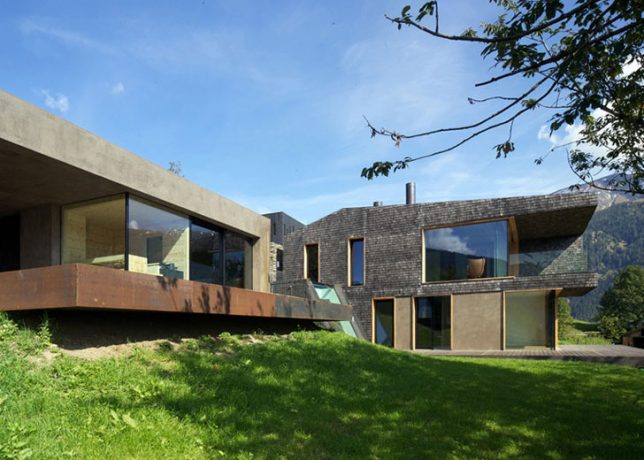 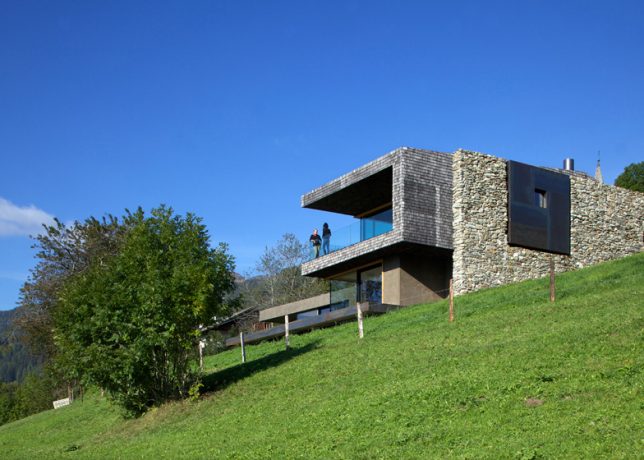 The stones from a dilapidated farmstead in northern Italy are reassembled into a wall for a new holiday home, rebuilt without mortar to recreate the original appearance in the local style. Architects bergmeisterwolf utilizes the wall as a striking new facade flanking parts of the original structure, which were re-clad with pre-weathered wooden shingles and connected to new, modern volumes.