The Sequence by Arne Quinze 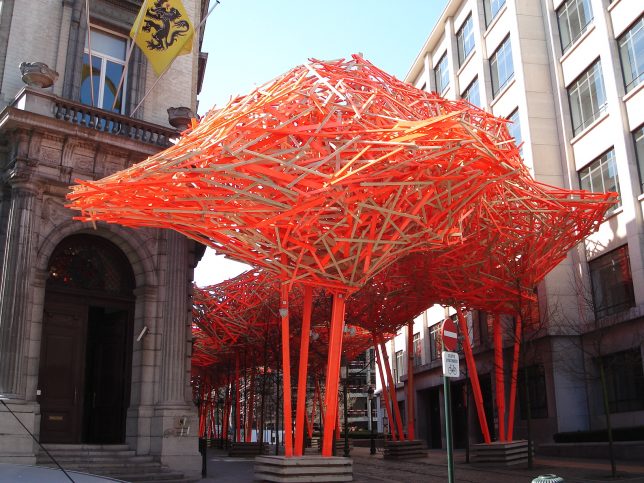 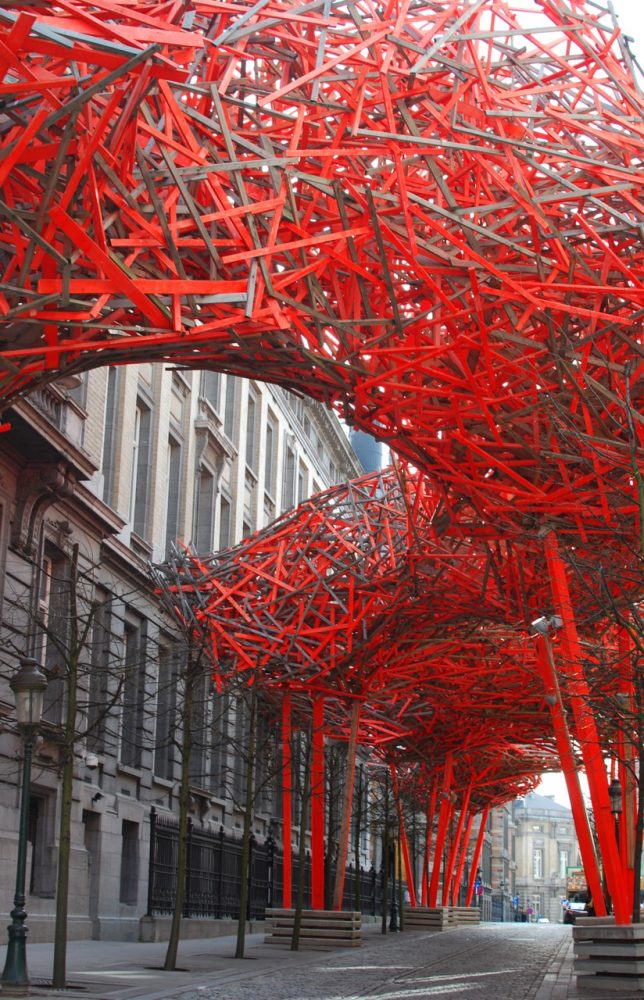 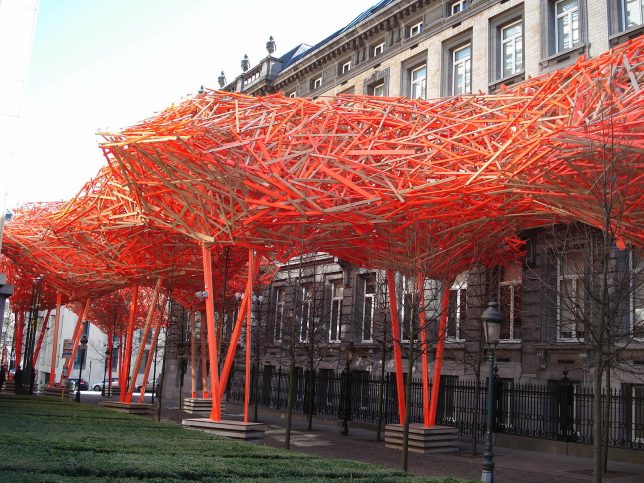 Artist Arne Quinze ‘restyles’ the Flemish Parliament building with a massive wooden installation. “The Sequence bridges the communication gap between people and generates movement in the city,” he says. “I want to reconnect people and let them interact with each other like they did in the past on squares. At least people talked to each other then. Therefore concrete elements serve s the basis for the sculpture. It gives people a moment to reset their minds and think about what’s going on in those two buildings.”

Trace of Life by Chiharu Shiota 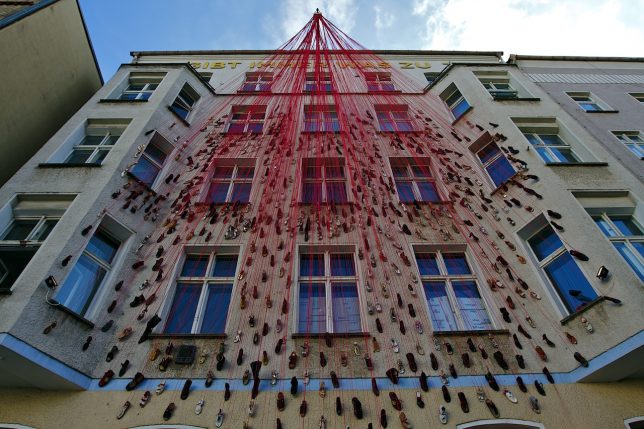 Artist Chiharu Shiota invited people to donate footwear with a memory attached, many ultimately belonging to loved ones who had died, for installations that stream down from the rooftops of buildings in a poignant visualization of loss. The effect is that of an army of ghosts marching down the facade, but held back by red string. This particular iteration, called Trace of Life, went up in Berlin in 2008.

Net Installations by Numen/For Use 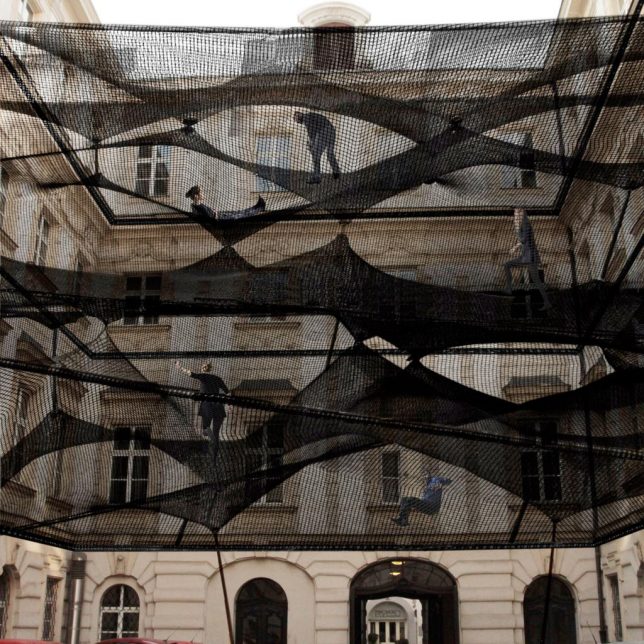 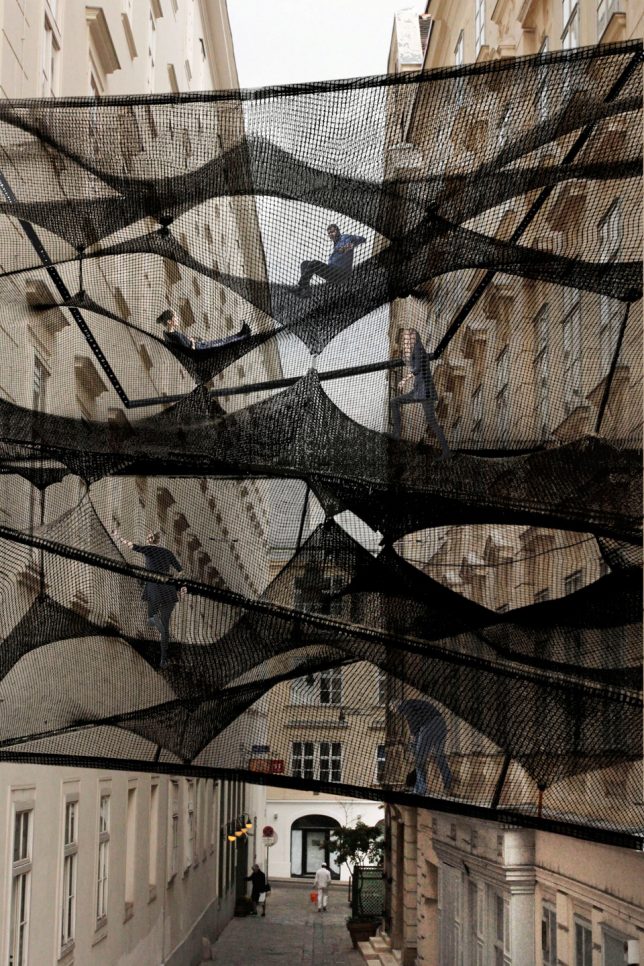 Tunnels of nets stretch between the exterior and interior walls of buildings in interactive, climbable installations by Numen/For Use. The firm is well-known for these ‘floating landscapes,’ which create new ways to engage with empty spaces and reflect on topics of “instability, levitation and regression.” 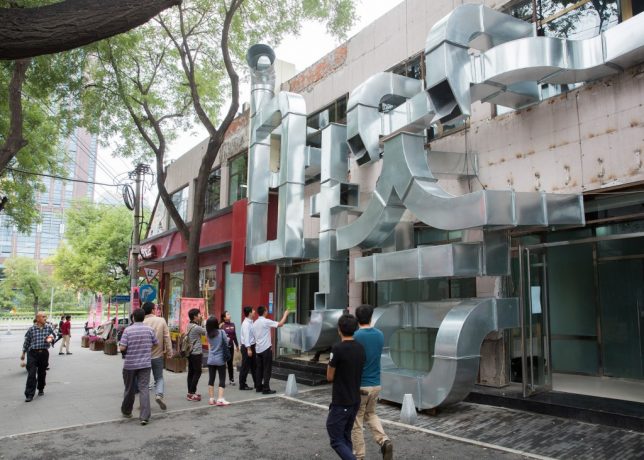 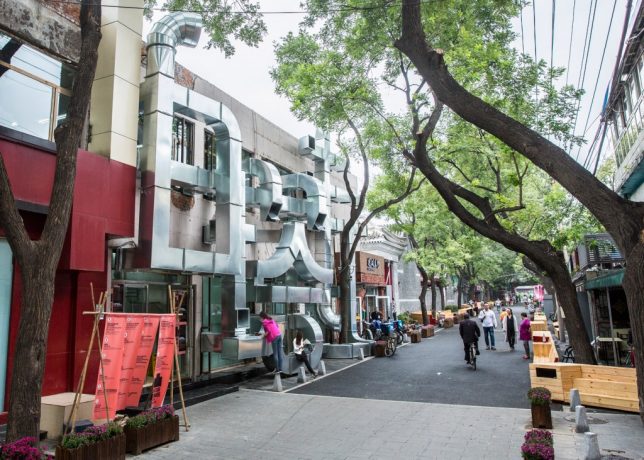 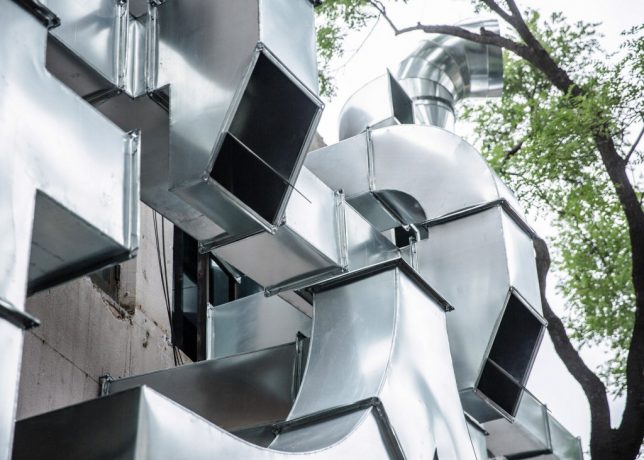 Ventilation pipes come alive and try to send us a message in the form of giant Chinese characters in this outdoor piece by People’s Architecture Office, installed on the facade of the Tubular Baitasi visitor center. The pipes spell out “White Pagoda Temple, referencing a nearby 700-year-old structure, which visitors see if they peek inside periscope-like end sections of the piping.

Walk On by Zalewski Architecture 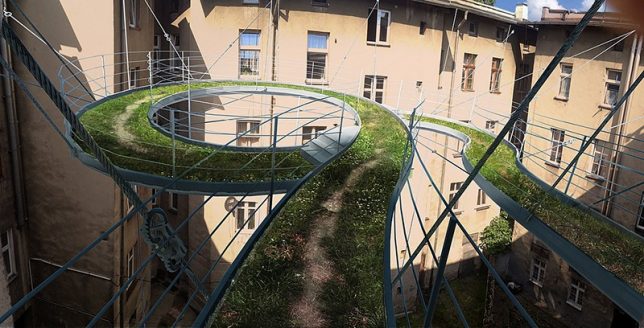 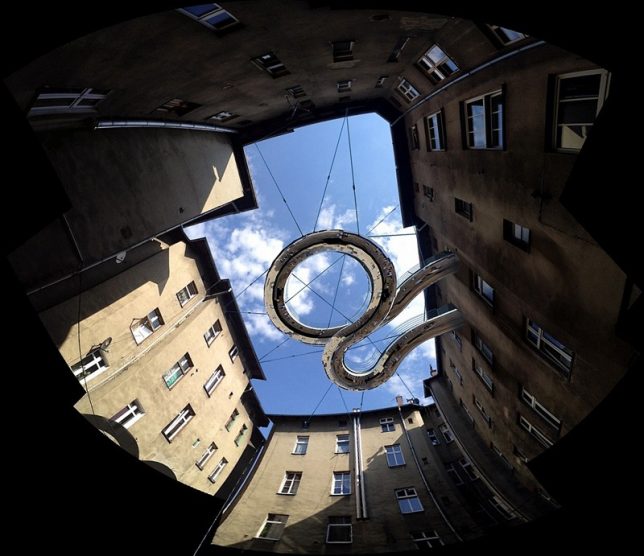 This curling strip of grass extends from the window of an upper-floor office like an out-of-control vine. Polish firm Zalewski Architecture envisioned the suspended walkway, entitled ‘Walk On’, for its own studio as a way to take a walk outdoors without having to go downstairs.