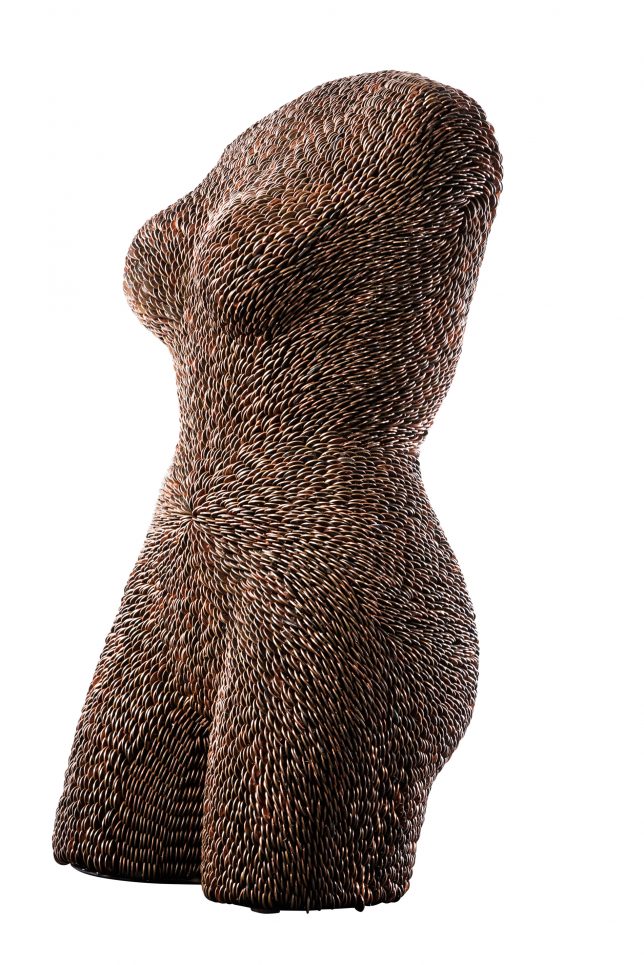 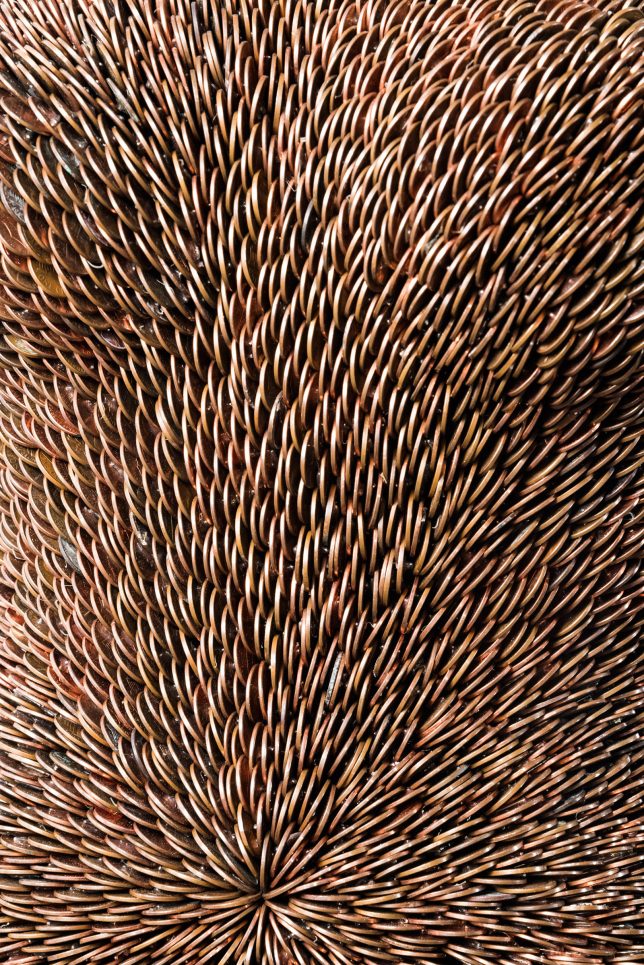 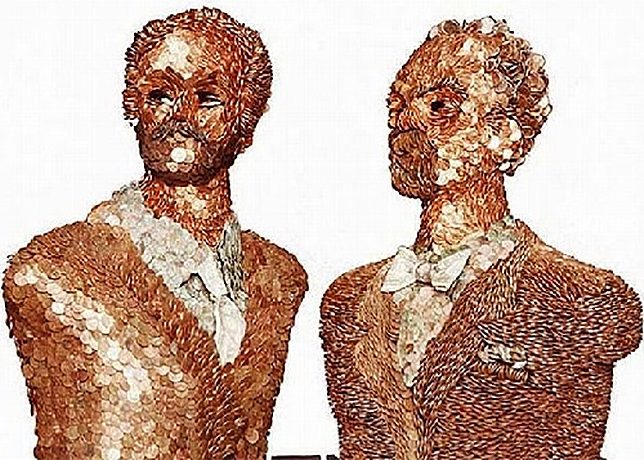 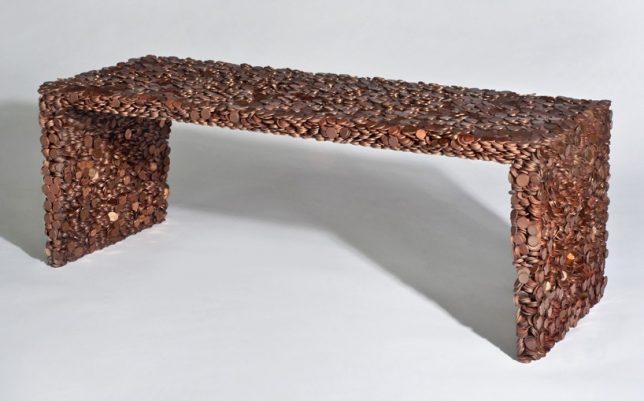 Rolf Bruggink questions the value of money with his ‘recycled currency’ benches and objects, including pieces made of rolled dollar bills and this bench made of jumbled pennies. “What does a 1-dollar bill or a 5-cent coin represent? Opportunity? Choice? Control over one’s life? Greed? Empirical expansion? A flawed system we cannot control? What money represents is as diverse and hard to define as our own relationship to it,” says the artist. 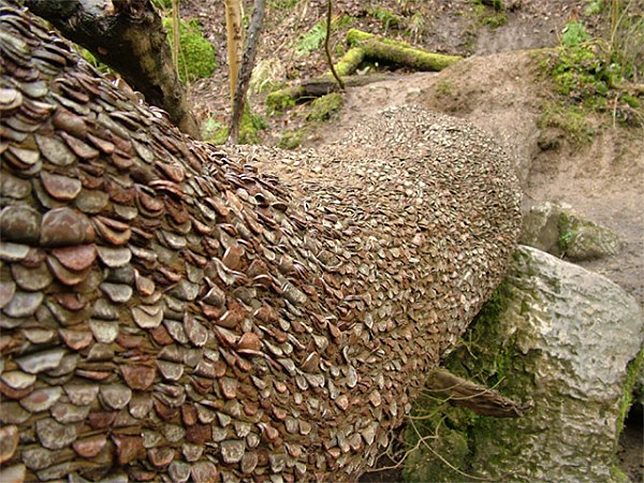 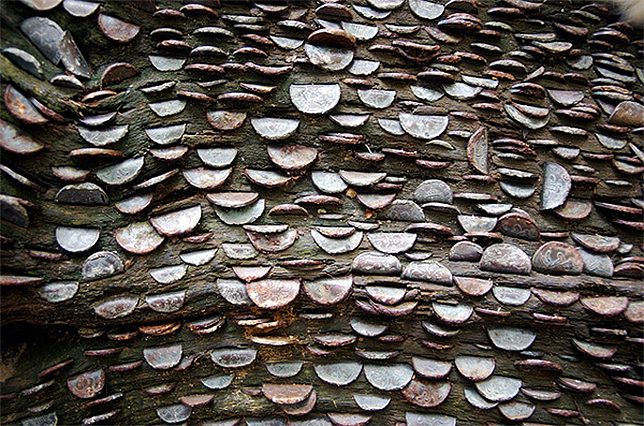 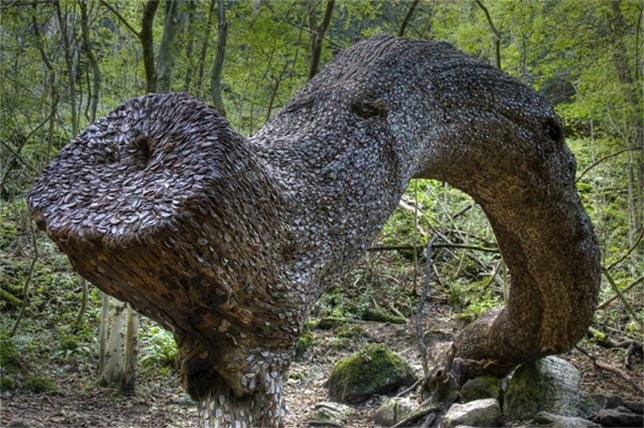 Nobody knows exactly how or why Britain’s ‘money trees’ got started, but an anonymous collaborative effort over many decades has ultimately produced tree trunks packed full of coins for a sculptural effect. The practice may originate with a 17th century belief in Scotland that trees could take away sickness if you pounded florins into them.