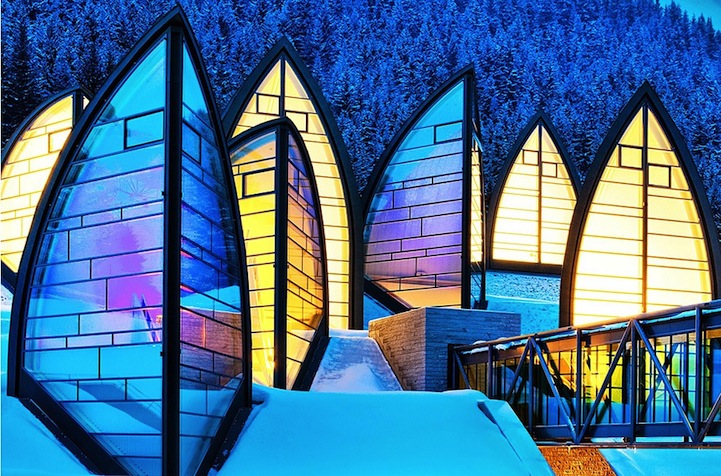 When fine art and architecture intersect, especially in our modern era of parametric modeling and 3D printing, the results can be strikingly different from the structures that surround them, in some instances seeming like sculptures were given growth serum and expanded to mind-boggling proportions. Eschewing the ordinary, these buildings feel like a chance for architects to flex their creativity and bring some interesting colors and proportions to their settings. 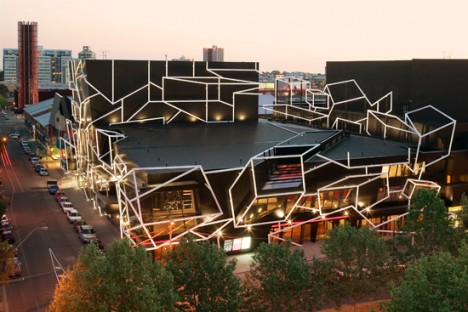 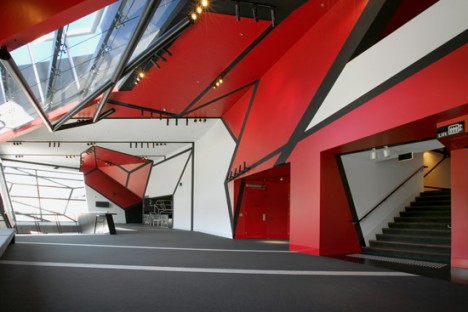 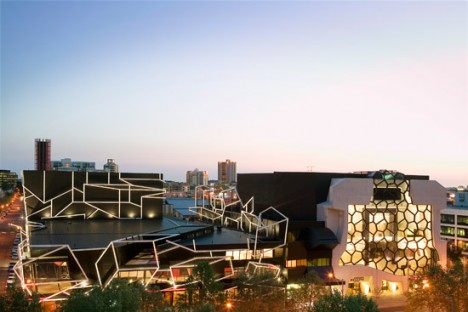 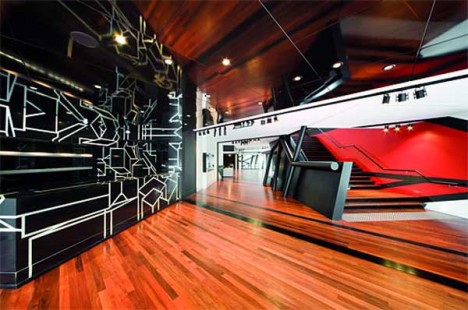 Abstract shapes glow against a solid black mass on the exterior of this striking complex by Ashton Raggat McDougall, making the Melbourne Recital Centre and MTC Theater some of the most visually unique buildings in the city. The black and white color palette is accented by a vibrant red, with the geometric pattern continuing into the interior, looking three-dimensional when viewed from certain angles. 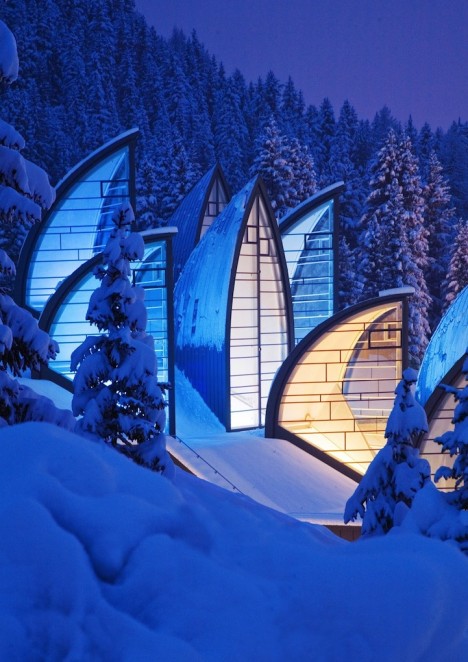 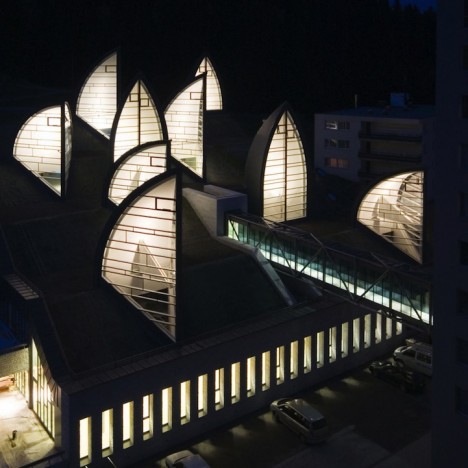 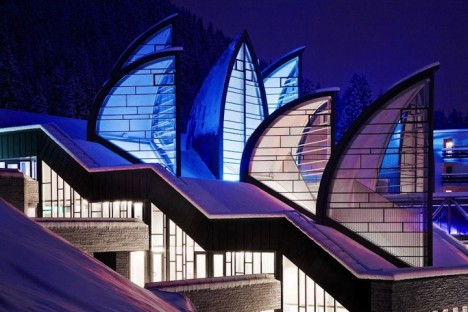 Rising from the Swiss mountainside like shards of ice, architect Mario Botta’s Berg Oase is a sculptural extension of the Tschuggen Grand Hotel. Serving as a wellness center and spa, the arrangement of towering glass wedges bring light streaming into the interior spaces and almost seem like natural structures themselves among the trees and rocks when viewed from afar. 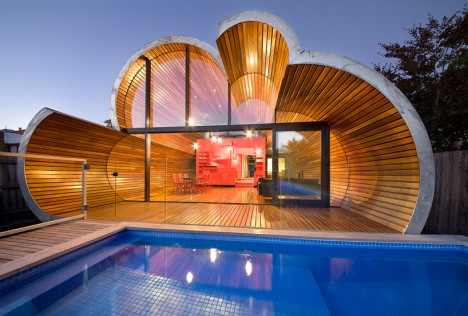 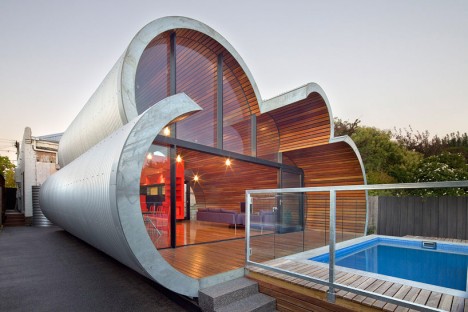 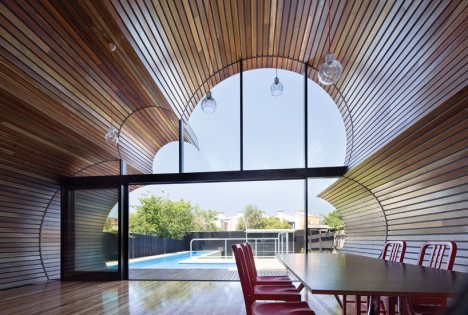 A house shaped like a cloud? Why not? It may look like the occupants would be severely lacking in privacy, considering the two glazed facades, but this building by Australian firm McBride Charles Ryan is actually an extension to a more conventional street-facing home, and is shielded from neighbors’ views by the curved cloud-mimicking sides. 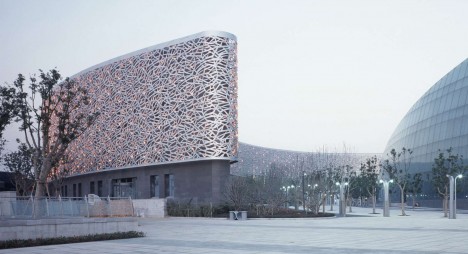 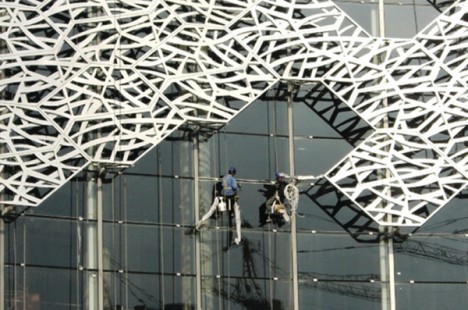 One way to give a building a dramatic makeover (or just ensure that it stand out from the very start) is to add a parametric facade, like the intricate screen covering the massive Suzhou Science and Cultural Arts Centre in China. Developed by Studio 505, the curving screen is shaped like a parabolic moon crescent and consists of a weatherproofing layer and an outer ornamental mesh screen that provides shading. 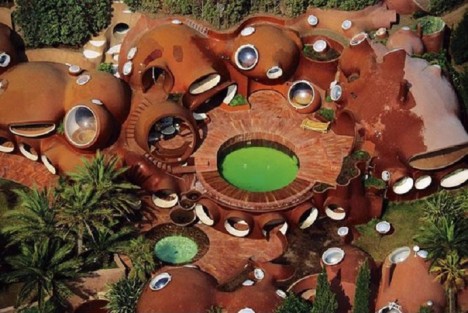 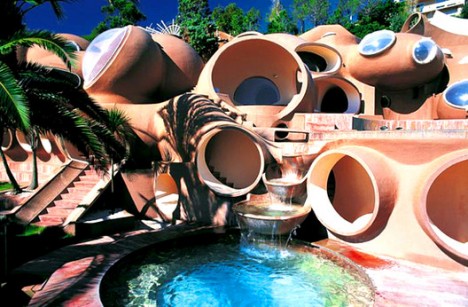 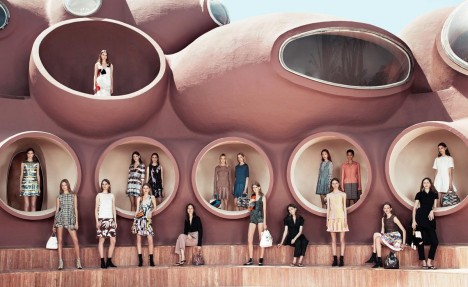 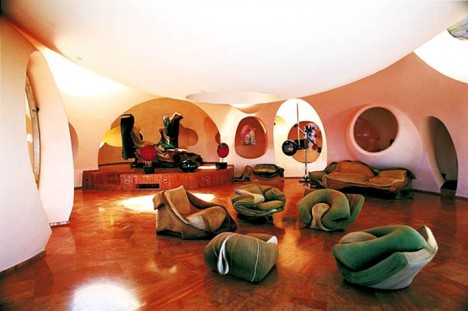 A classic example of sculptural housing with an aesthetic that’s so outside the norm, it’s almost alien, is Palais Bulles (“Palace of Bubbles.”) Created by architect Antti Lovag in 1989, the curvilinear house is set into a rocky hillside overlooking the Mediterranean Sea in Cannes, France. It’s often used for film festival parties and fashion editorials.