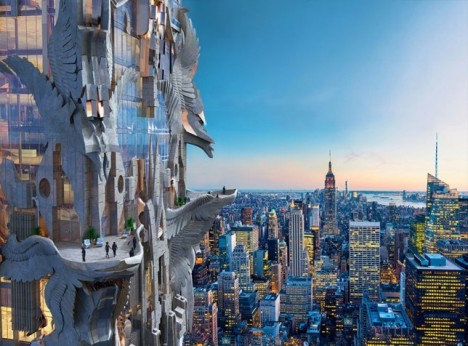 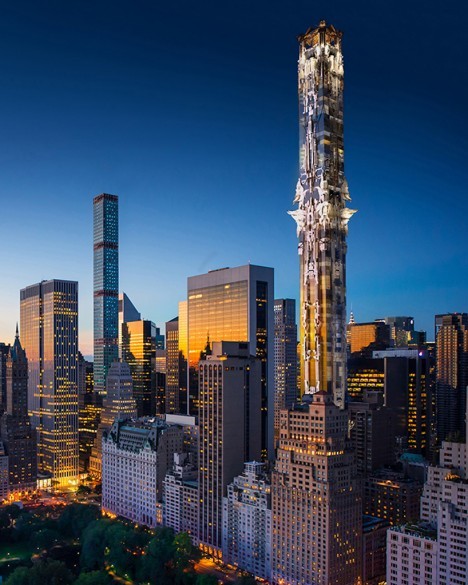 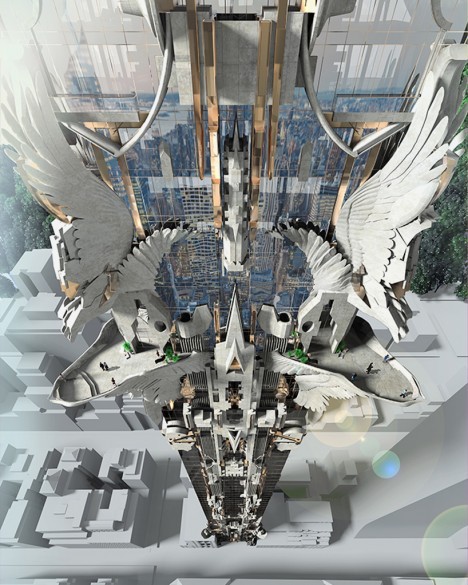 Unlike anything that already exists in New York City, Mark Foster Gage’s vision for a 100-story, intricately carved skyscraper combines modern and classic aesthetics for a bold, Gothic, attention-grabbing result. Fantastical details like massive wings are rendered in hydroformed sheet-bronze and limestone-tinted concrete. The fantasy project was commissioned by a developer to explore the idea of ornate modern towers for Manhattan. 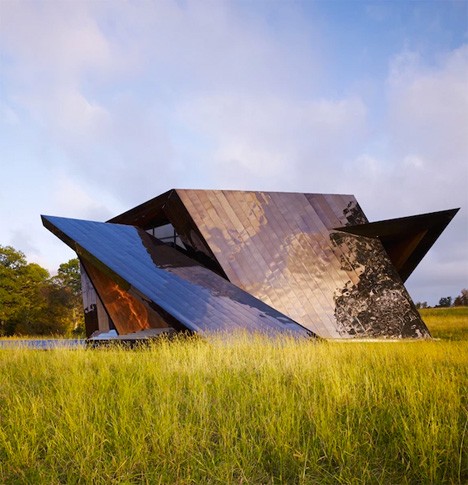 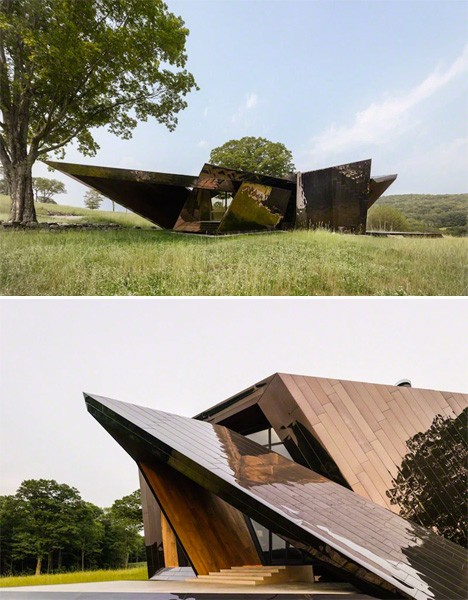 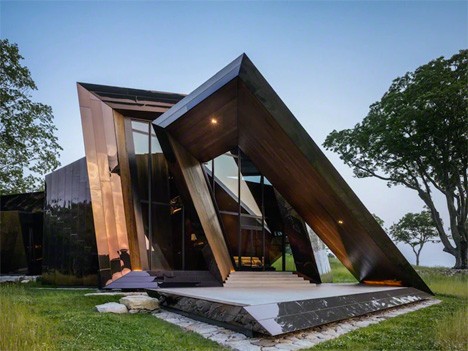 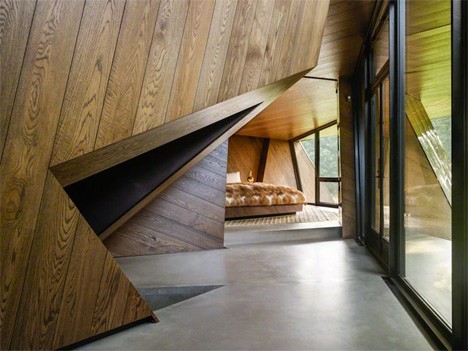 Daniel Libeskind’s 18.36.54 house almost looks as if someone dripped an Alice-in-Wonderland type growing potion onto a modern bronze sundial in a field and watched it enlarge to colossal proportions. The house was conceived as a spiraling ribbon and is named for the 19 planes, 36 points and 54 lines of continuous mirror-finish bronzed stainless steel surface running along its exterior. Inside, these angled surfaces are echoed in wood. 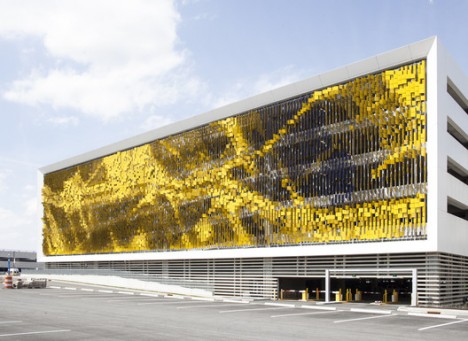 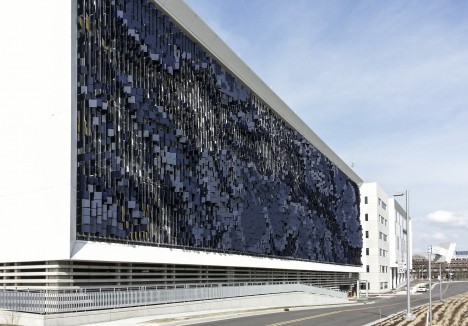 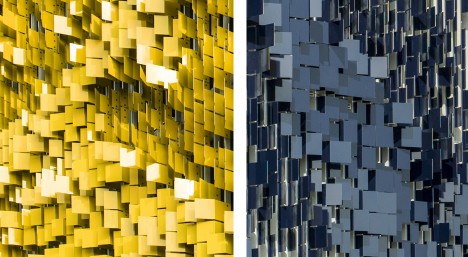 What could have been just another boring parking garage has become a focal point for all the right reasons in Indianapolis. Urbana’s facade for the Eskenazi Hospital parking structure is inspired by camouflage and appears, at first, to be kinetic. The designers nixed that idea due to maintenance concerns, but realized that they could achieve the same effect when passers-by are moving in cars or on bicycles. 7,000 angled metal panels work in conjunction with an articulated east/west color strategy in black and yellow, so the facade looks entirely different depending on exactly where you stand. 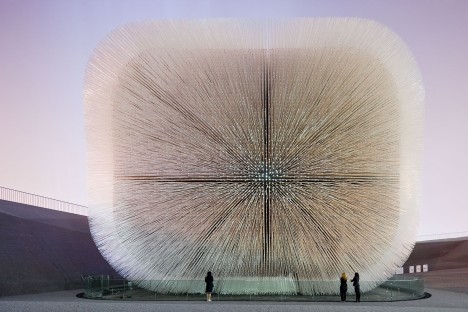 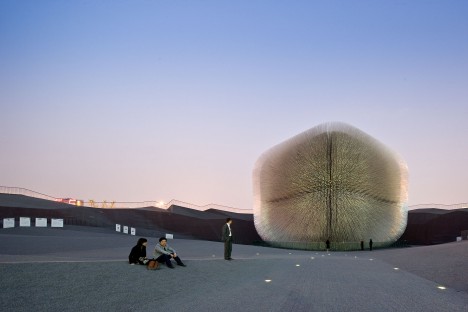 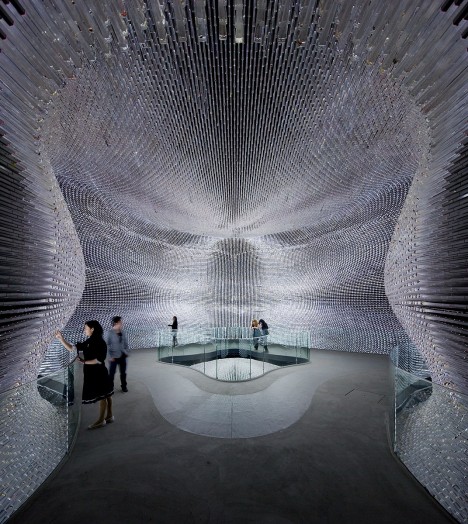 Another sculpture that seems to have grown into architecture, Thomas Heatherwick’s 2010 UK Pavilion for the World Expo in Shanghai stands out from the 200-odd other pavilions with “simplicity and clarity.” The architects wanted the building’s facade to behave like grass, saying it seemed “that if you magnified the texture of a building enough, the texture would actually become its form.” Entitled “Seed Cathedral,” the box-shaped structure is covered in 60,000 identical rods of clear acrylic measuring 7.5 meters long, which protrude through the walls of the box and lift it into the air.