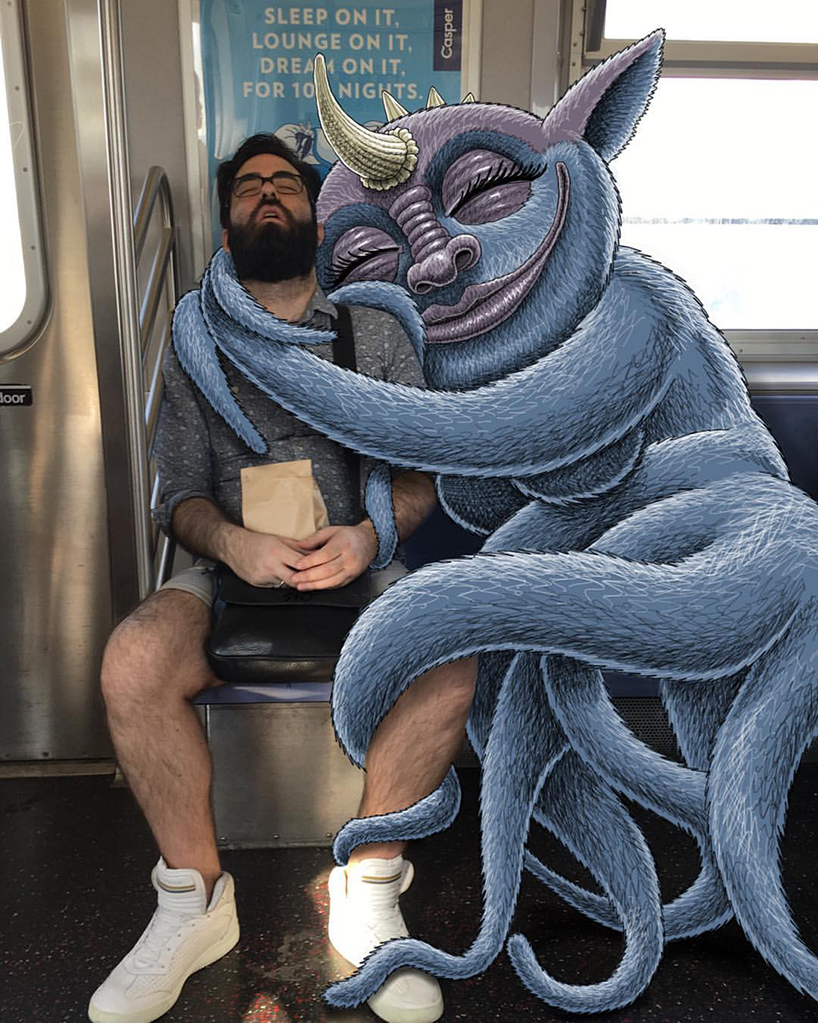 NYC subways are strange, dark and oft-overcrowded places where many people retreat into themselves and avoiding engagement, at least until these unusual (and invisible) creatures come along. 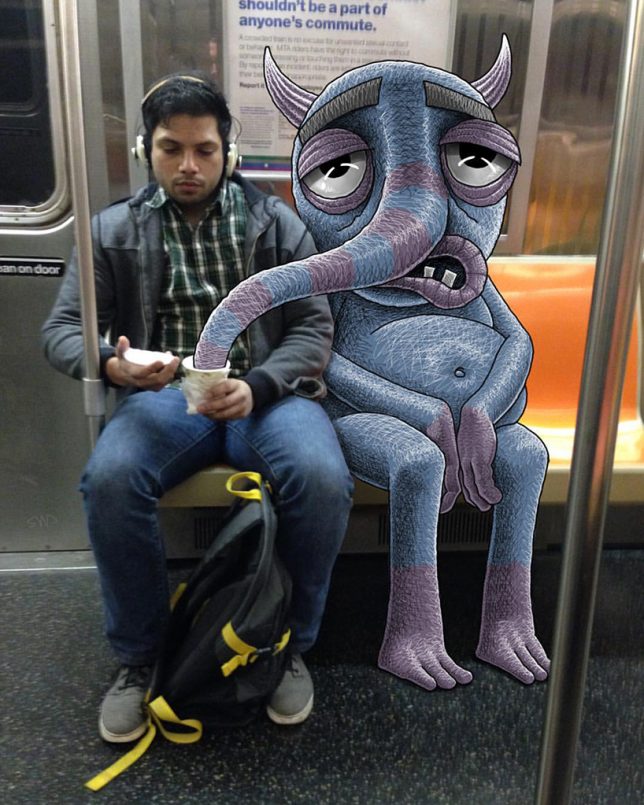 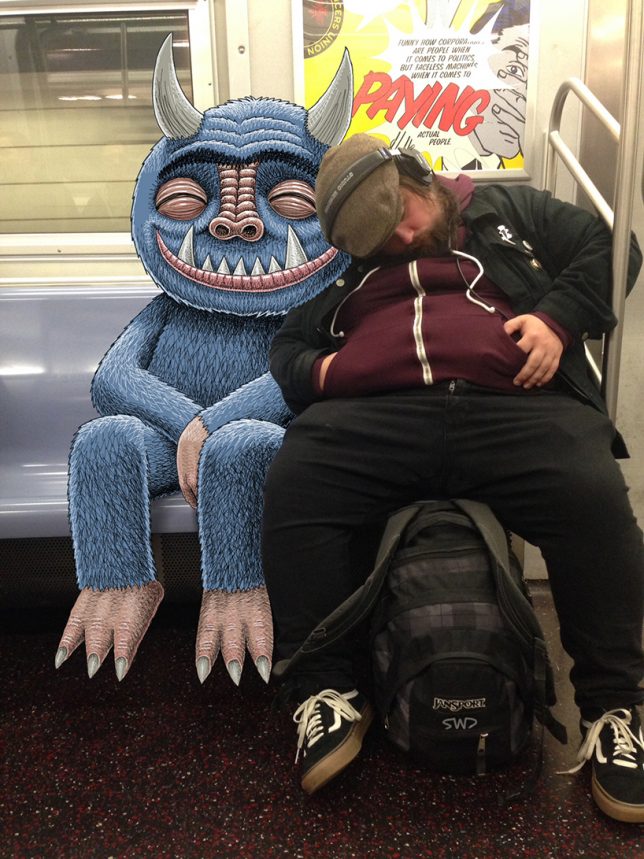 Artist Ben Rubin uses candid everyday photos of passengers as a canvass for an exotic cast of fictional characters that seem right at home in the public transit system of America’s largest city. His work is complex and detailed, but all rendered on a portable iPad device using the Procreate app. 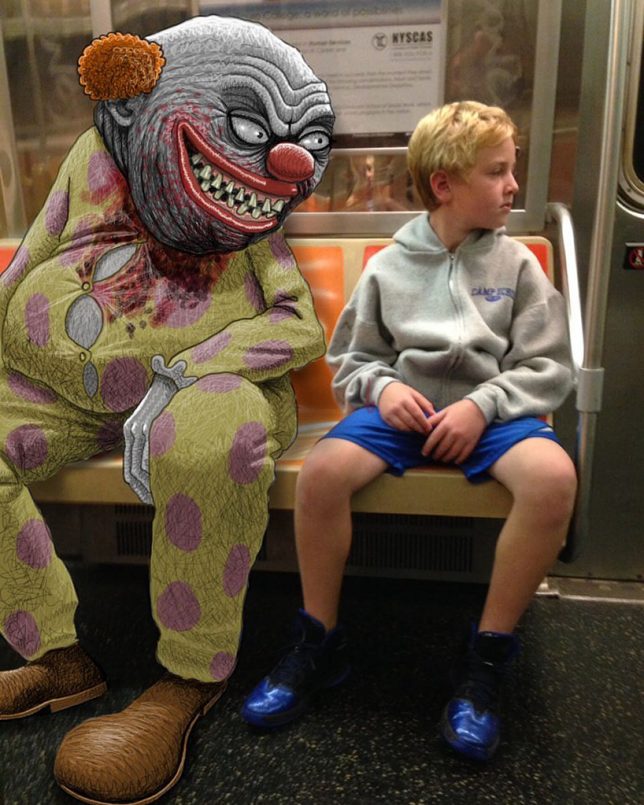 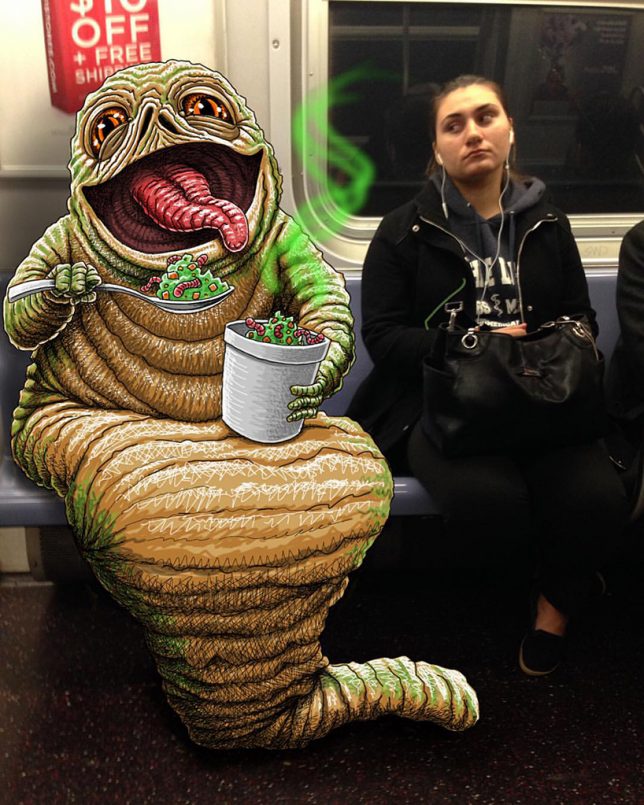 One could easily imagine that the off-putting noises and smells found on subway trains would be tied to such a strange set of monsters and aliens. 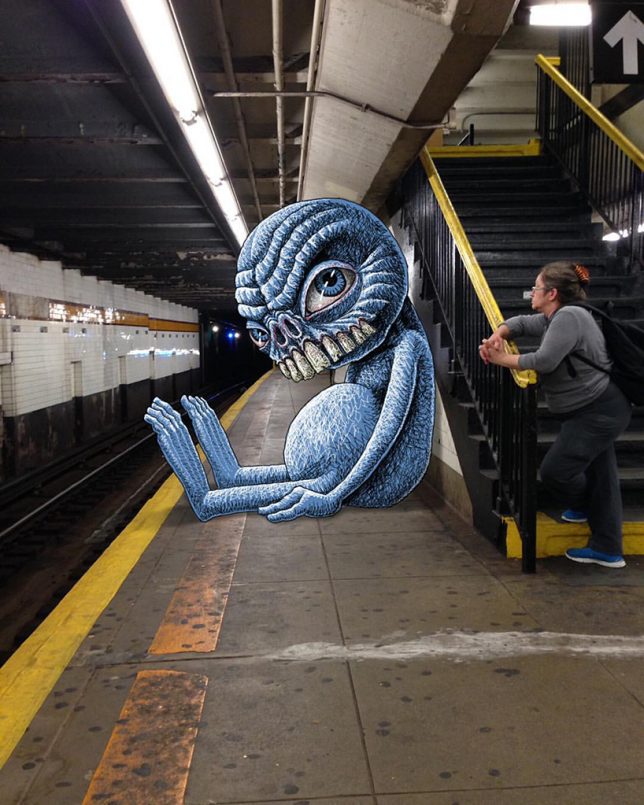 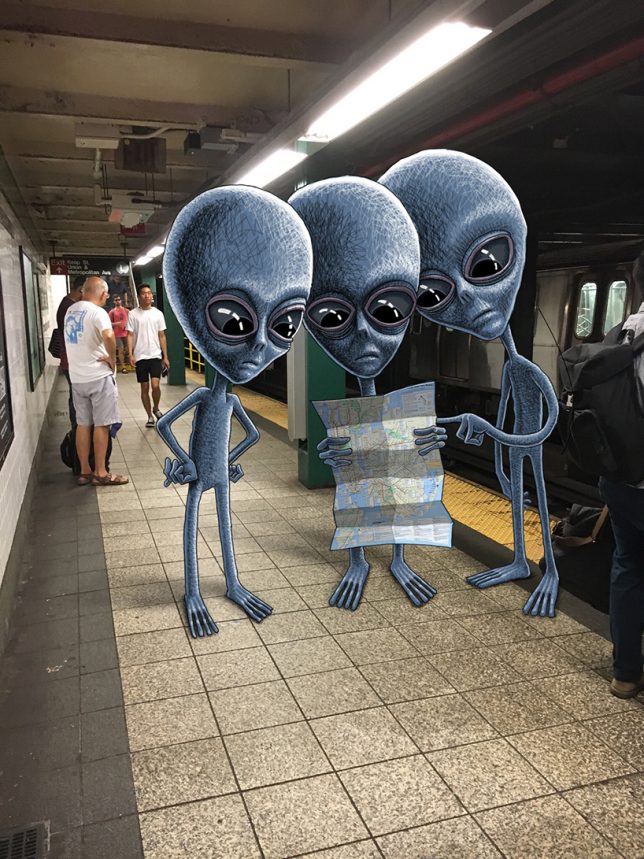 In some cases, they seem to intrude on those seated next to them. In others, they unobtrusively wait in stations for a ride or look at maps, apparently puzzled about getting from Manhattan to Brooklyn. 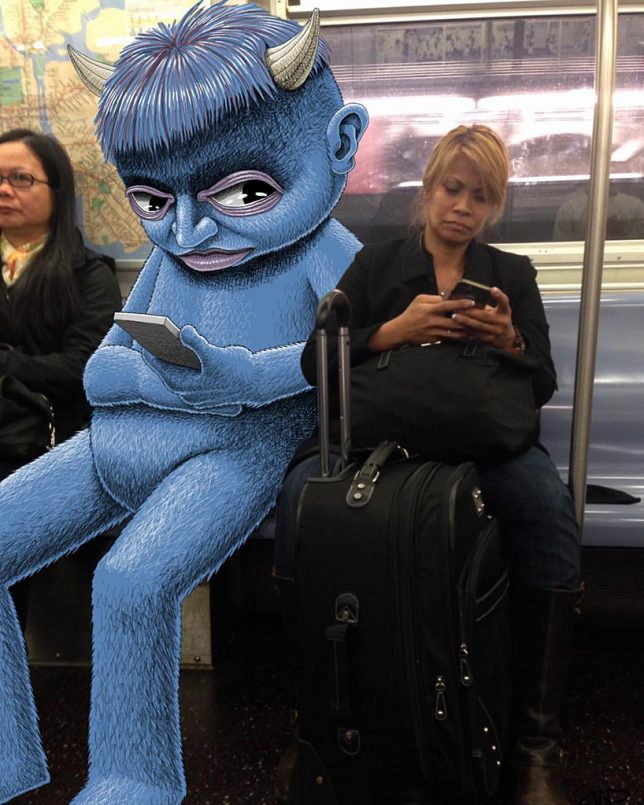 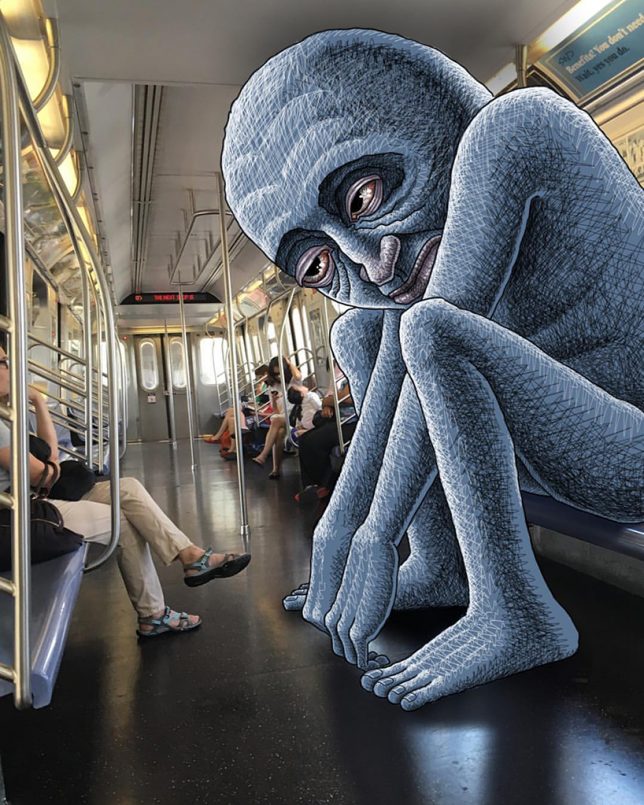 For the artist, these works started as a way to pass the time on the commute but have become a method of engaging and layering ideas onto photographs outside of the subway as well. 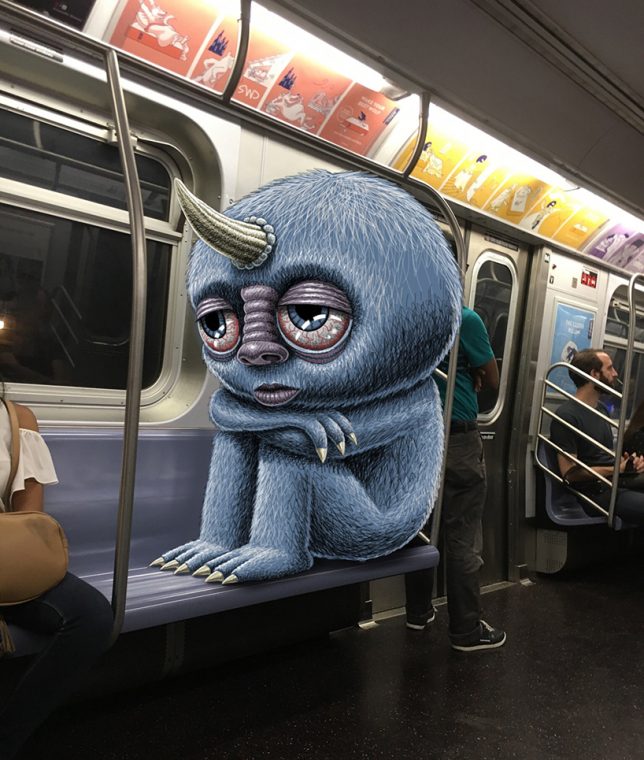 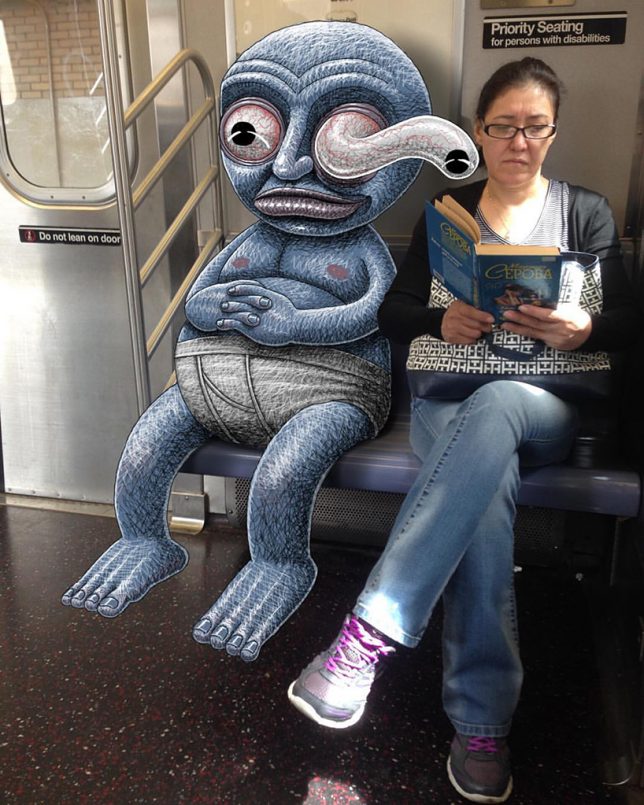 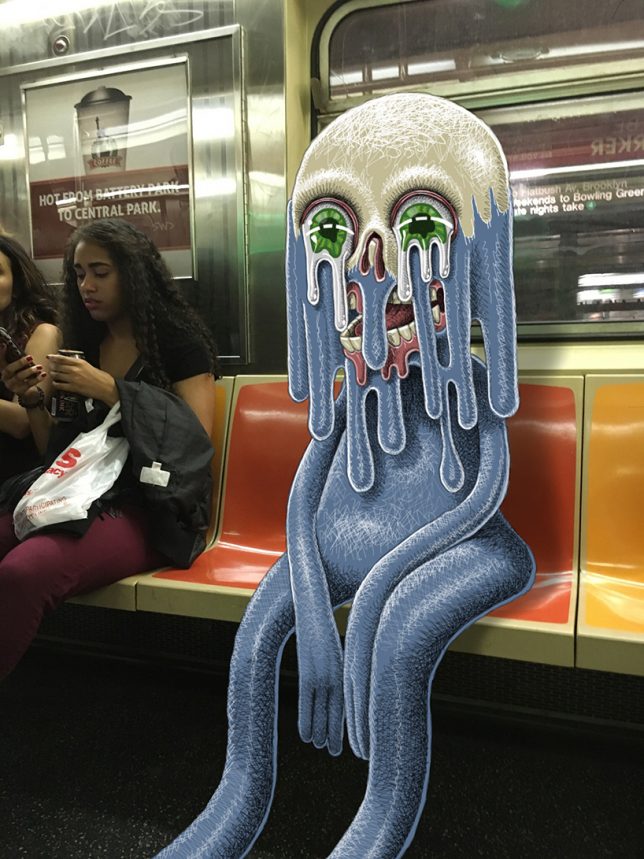 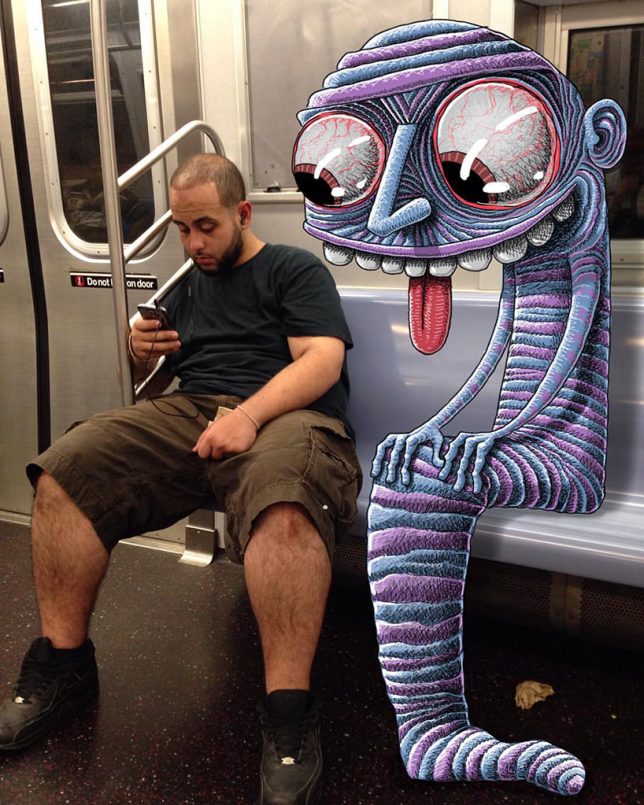 Passengers engrossed in a book, listening to a podcast or zoned into a mobile phone game may not notice them, but these Subway Doodle creatures are there, at least in one man’s imagination. One has to wonder: if any of these really appeared, would the zombie humans around them even notice?