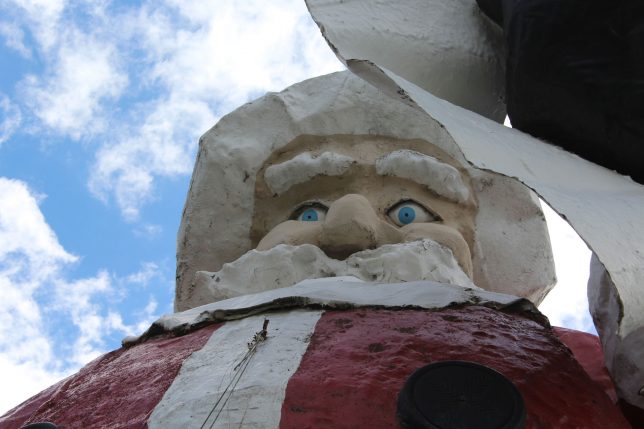 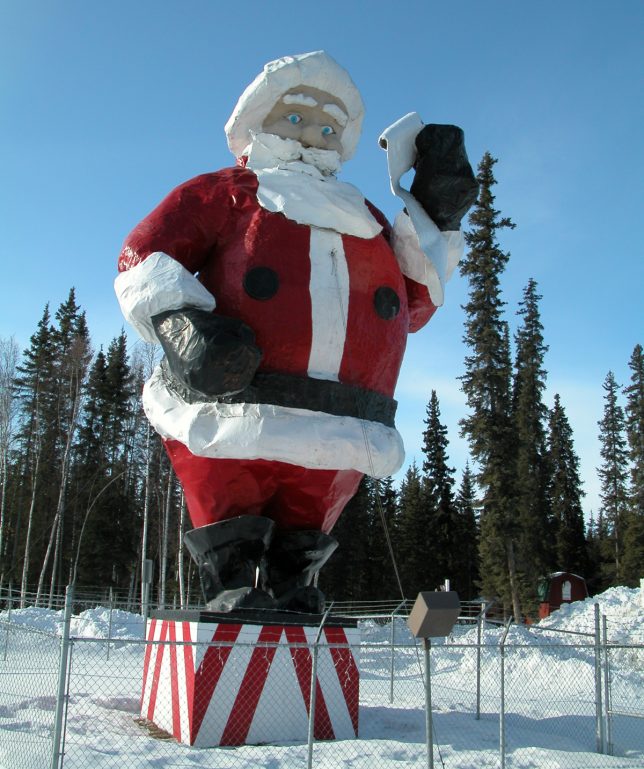 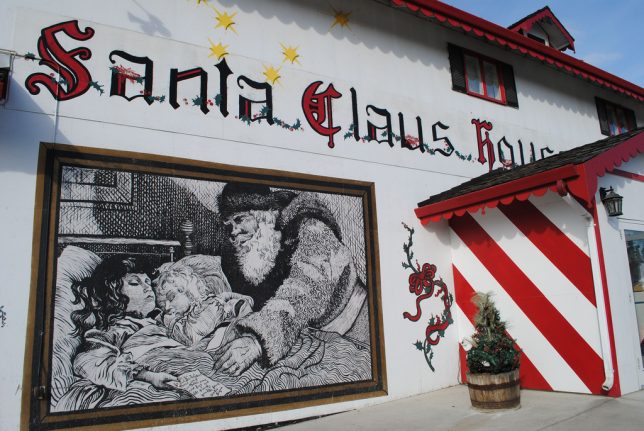 Just over 2,000 people live in North Pole, a suburb of Fairbanks, Alaska, and they get to enjoy the world’s largest fiberglass Santa statue all year round… like, where would you store it in the off-season? Also, who can say what dark thoughts are brewing behind Santa’s big, blue, un-blinking eyes in the pale light of the midnight sun? Just remember, kiddies, he sees you when you’re sleeping and he knows when you’re awake. He knows. Uh, Santa… keep your cold hands to yourself! 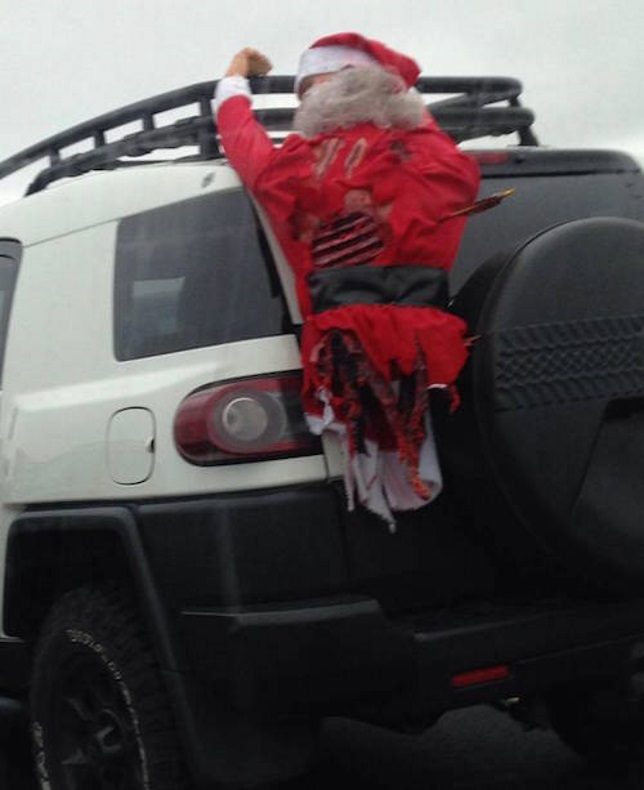 Silly humans, don’t you know a head shot’s the only way to off Zombie Santa? Otherwise you get the jolly brain-eater hanging by his, er, claus from your SUV’s roof rack. Even worse, Santa would appear to have lost his bag… that’s gotta hurt! 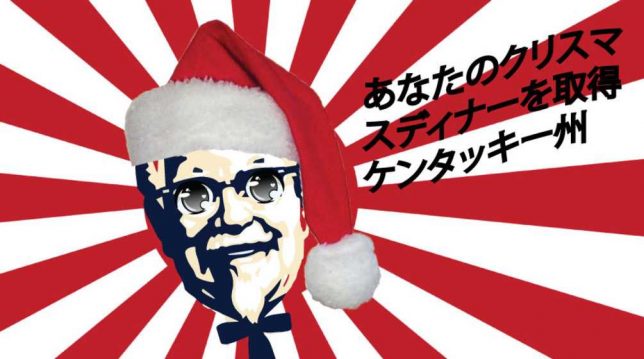 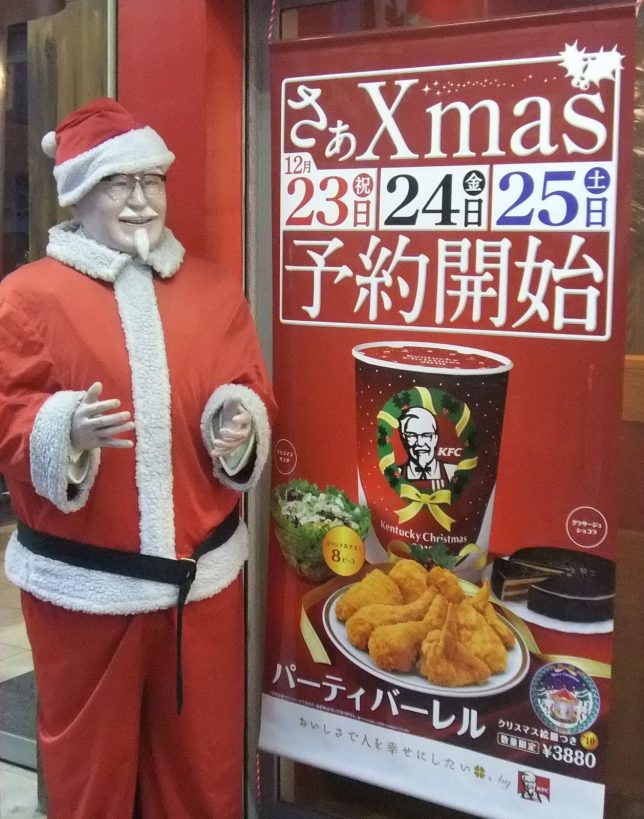 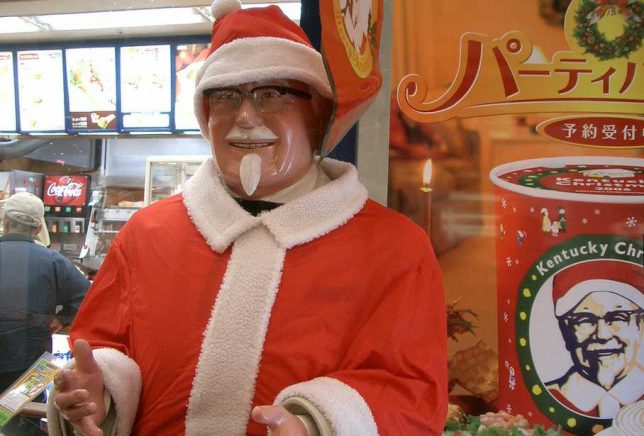 It’s the most wonderful time of the year… if you’re a fried chicken lover in Japan, that is! KFC has somehow evolved to become THE culinary highlight of Christmas in the land of the rising sun, and KFC stores there are a tad different too: each one sports a life-sized statue of Colonel Sanders out front. Naturally, the good Colonel gets dressed up in seasonal attire which means a Santa suit complete with hat. It’s then that one notices there’s not much difference between Santa Claus and Colonel Sanders, and that’s kinda weird if you think about it.