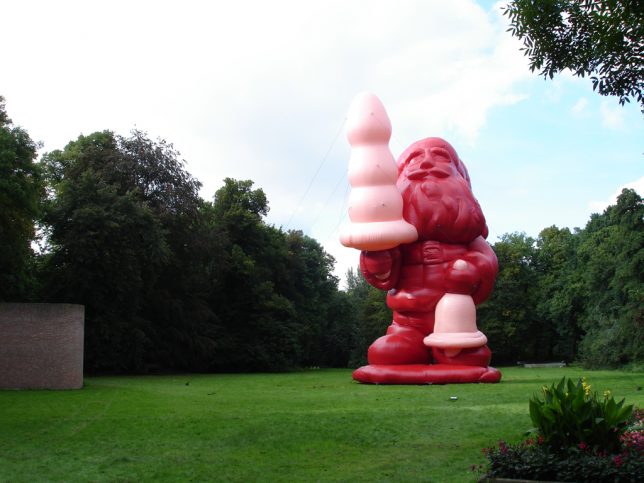 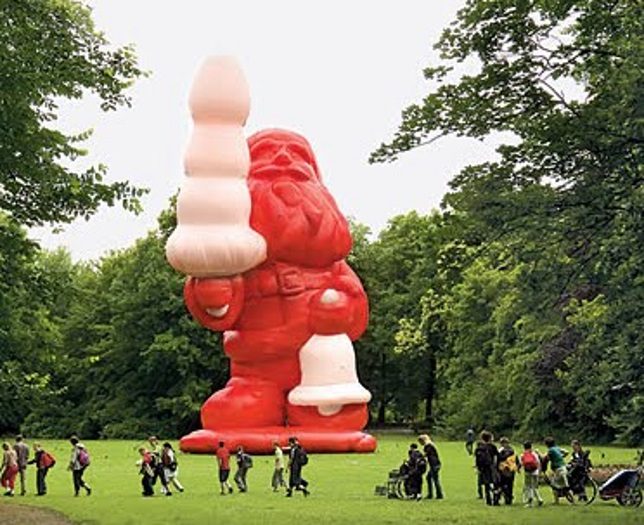 That’s not the North Pole you were looking for… or maybe it is, who are we to say? Artist Paul McCarthy, notorious for his inflatable green “tree” art installation in Paris that looked like a sex toy, has doubled down with a huge inflatable Santa Claus clutching an even sexier, er, tree. 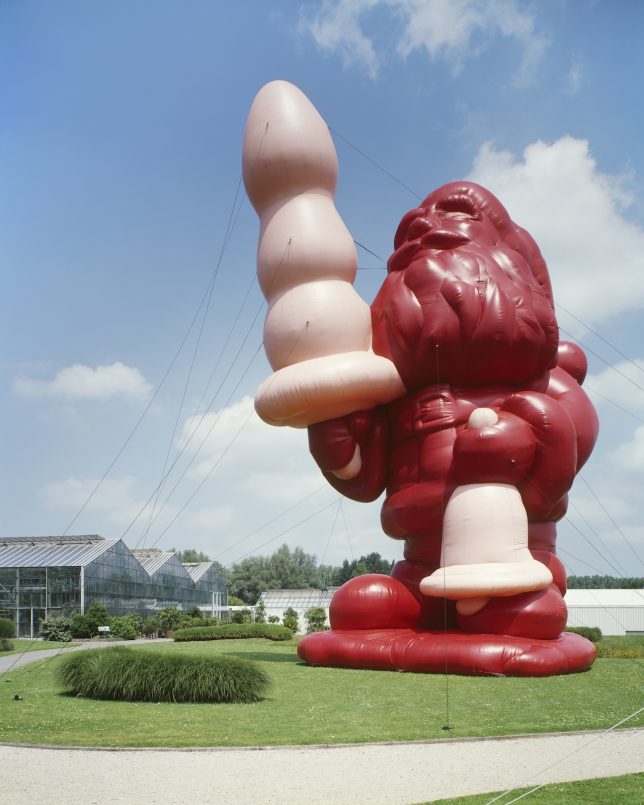 Dubbed “Santa with Butt Plug”, the art object features a blow-up Santa toting the aforementioned device in one hand and a bell in the other. Ho Ho… OH!! 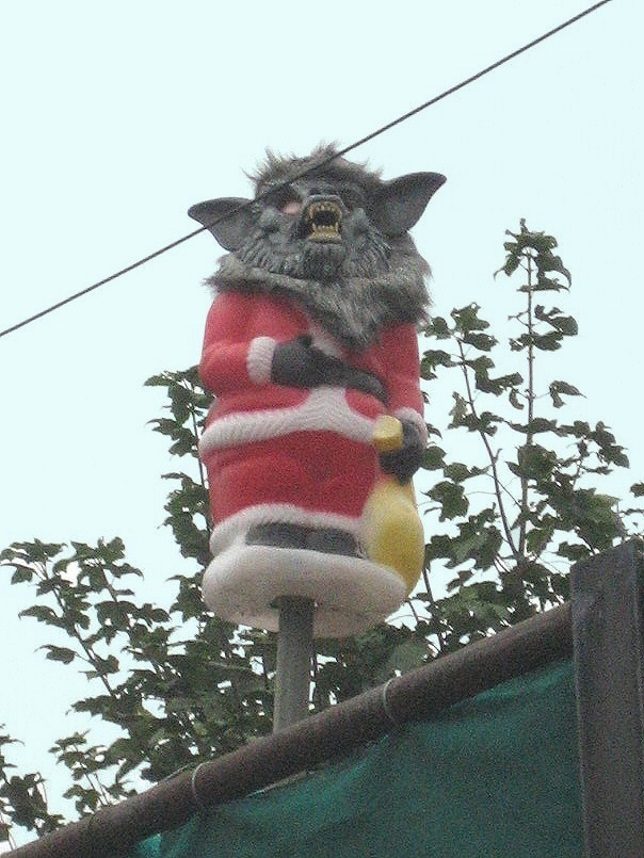 Were-Santa? There Santa! Looks like someone’s wanting some fangs for Christmas but buddy, you’re not welcome. Perhaps the homeowner was just tired of scraping reindeer poop off his roof year after year. Dude, that stuff is nasty. 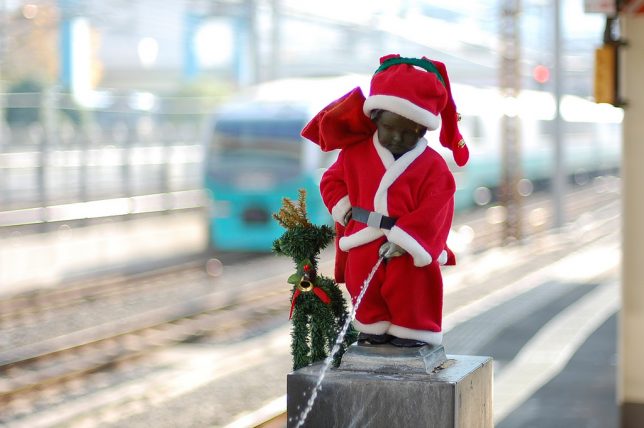 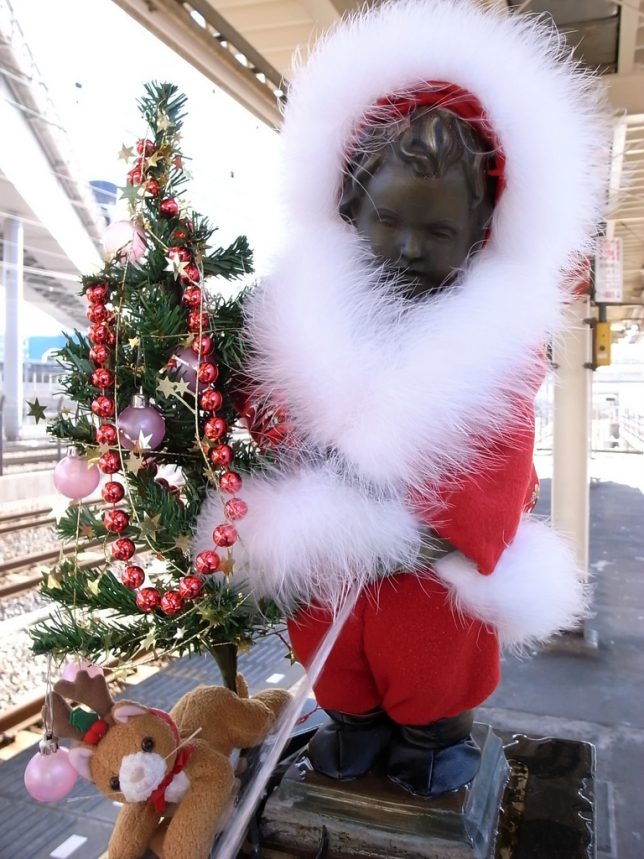 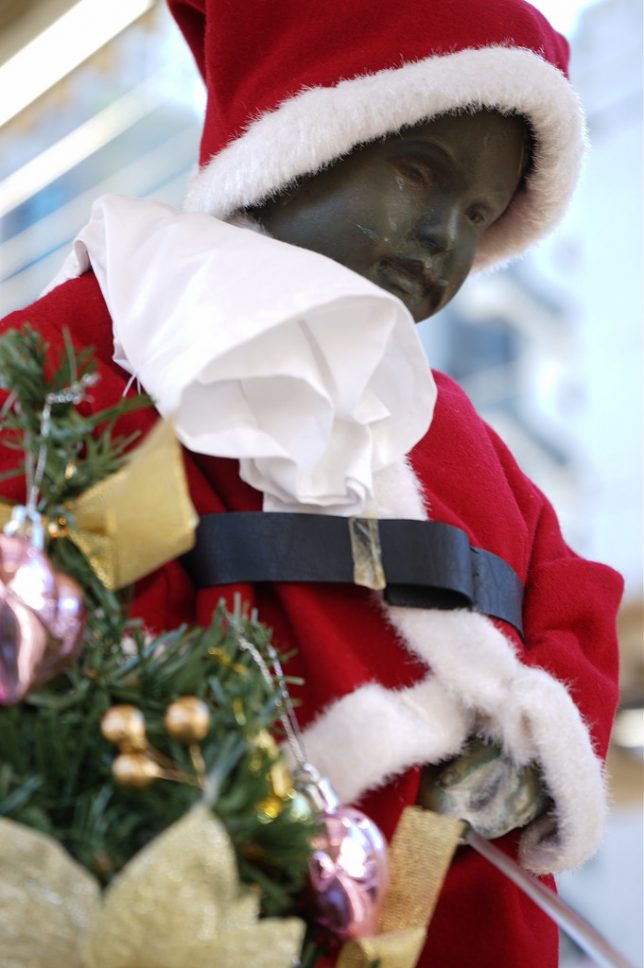 Belgium’s beloved Manneken-Pis has been going with the flow, so to speak, for centuries and over the years he’s been dressed in hundreds of different outfits… including Santa’s red & white regalia. Just ask Flickr user yoggy0, whose hobby appears to be photo-documenting as many costume changes as possible. If you’ve ever wondered what a pre-teen Santa would look like when he, ahem, writes his name in the snow, well wonder no longer. The photos above date from 2007, 2008 and 2015 respectively.