The ho-ho-horror! Much like creepy clowns, these dark and disturbing Santa Claus statues cross the fine line separating awe-inspiring and just plain awful. 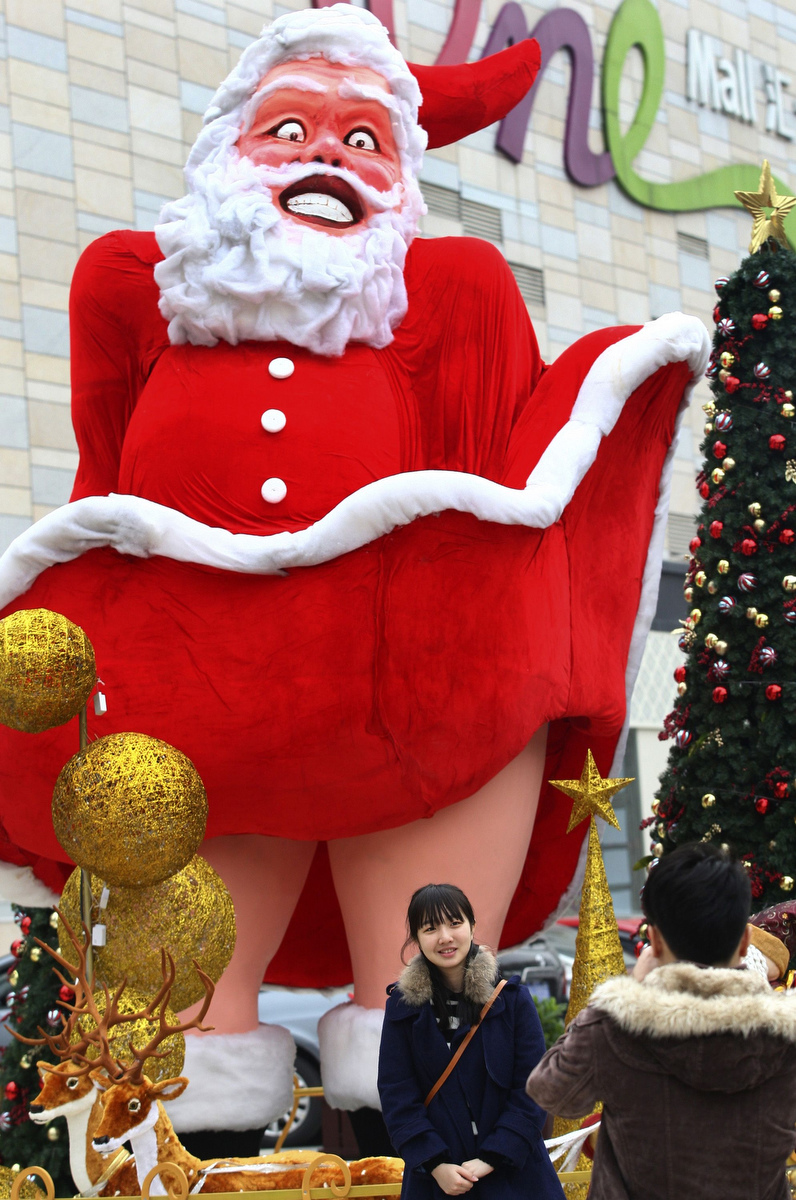 One would think the bizarre concept of a “Santa Monroe” would be shot down in flames seconds after multiple shocked gasps echoed ’round the conference table. Against all odds, however, the plan was approved and an inflatable, grimacing, pants-less Santa standing roughly 20-feet-tall took his place outside a shopping center in Dongguan, China. We’d make a “Dong-guan” joke here but you probably already have. 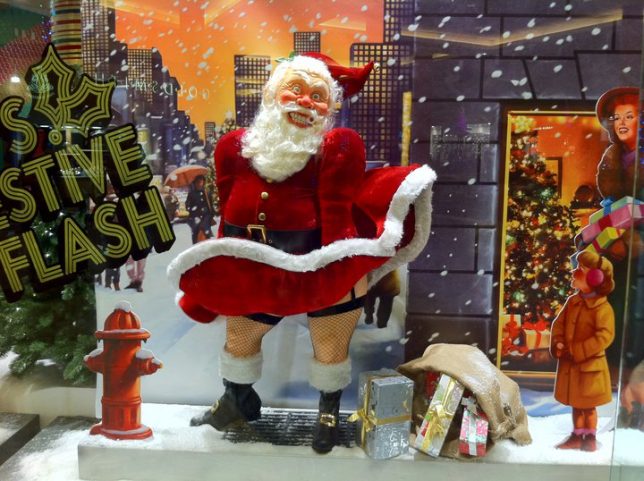 Like Marilyn Monroe’s iconic pose above a subway grate in 1955 film The Seven-Year Itch, Santa’s long red coat appears to be blown upwards by an unseen wind, revealing what should remain unseen to the public at large. We’re figuring the designers took a leap of faith when they gave Ol’ Saint Nick a set of coal-black briefs. To be fair, it’s not as if there was any precedent to guide them. Don’t place all the blame on China though: the idea seems to have been co-opted by someone who embellished the concept further by adding a rather risque garter belt. Nice… and naughty. 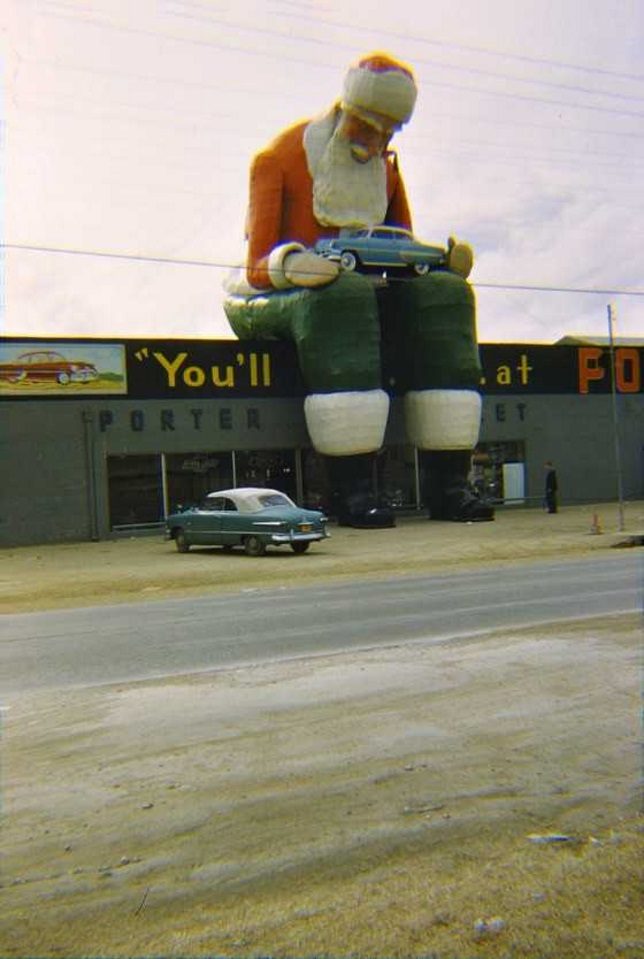 In 1953, Jack Bridges, designer of those iconic “Big Tex” statues, was commissioned to create a one-of-kind Santa statue for Dallas auto dealer Porter Chevrolet. The result: an 85-ft-long, 56-ft-tall papier mache Santa that was so large and unwieldy it had to be trucked to the site in pieces. Yes, that’s a real 1954 Chevy Bel-Air Santa’s clutching in his Texas-sized hands. There’s a tragic twist to this tale: area resident Roy Davis, 46, arranged a crane to lift him eye-level with Santa so he could snap a Christmas card photo – a very early selfie, one might say. Like too many modern selfies, Davis’ effort ended badly when he suffered a fatal heart attack and plummeted to the pavement, landing right between Santa’s boots. 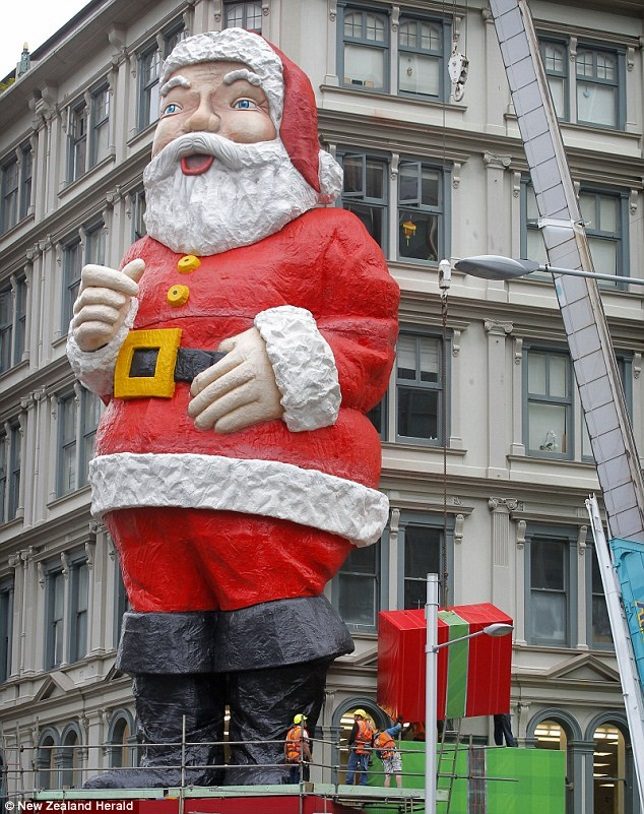 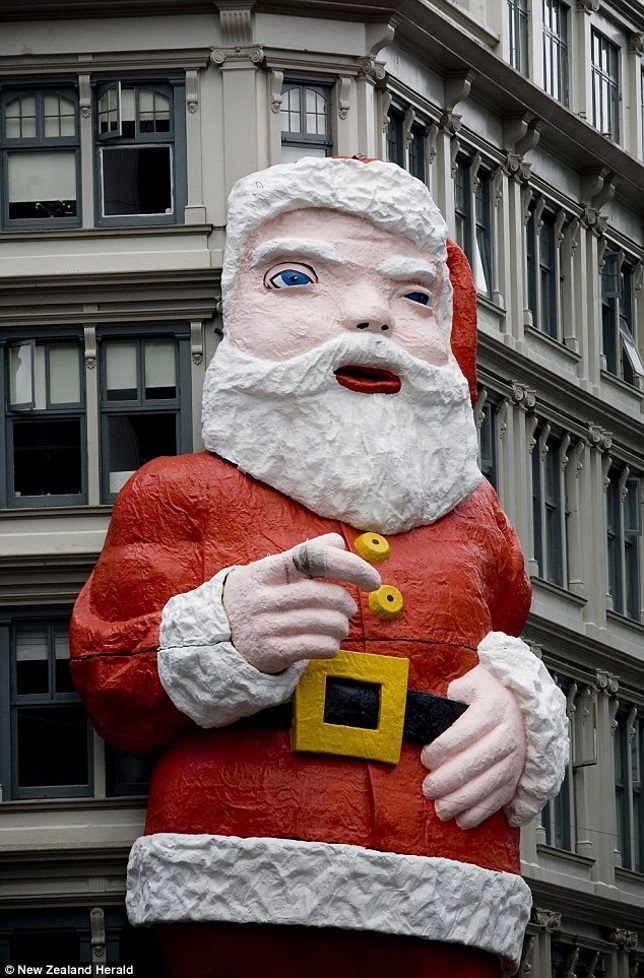 Auckland, New Zealand’s seasonal claim to creepy fame comes in the form of a 5-ton, 60-ft-tall semi-animatronic Santa statue who’s been affixed to the corner of the Whitcoull’s book store on Queen Street since 1960. The creepy factor derives from the statue’s only two moving parts: a winking right eye and a beckoning index finger. Brrr! 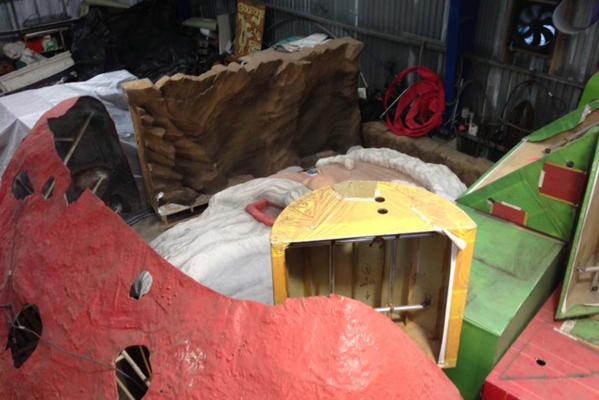 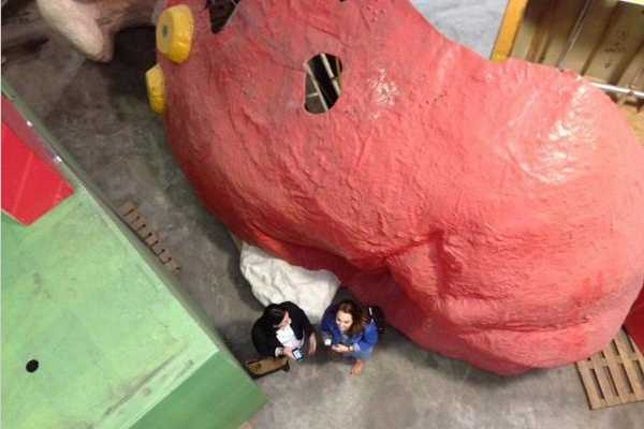