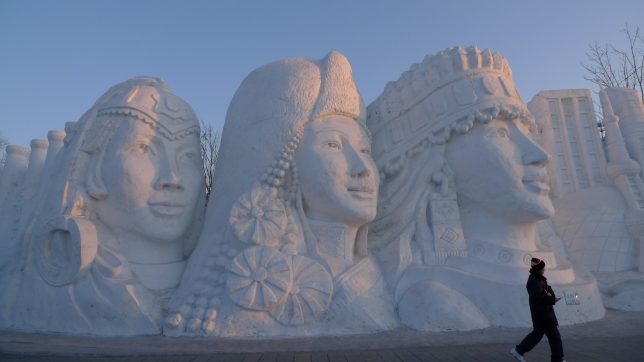 A person walking by gives you an idea of the scale of these snow busts (photo by Don Felix.) 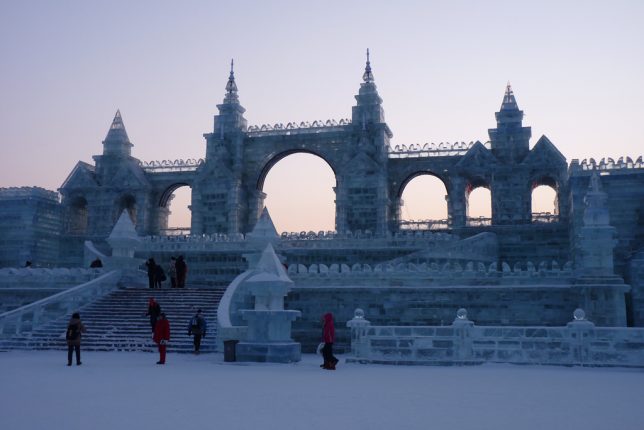 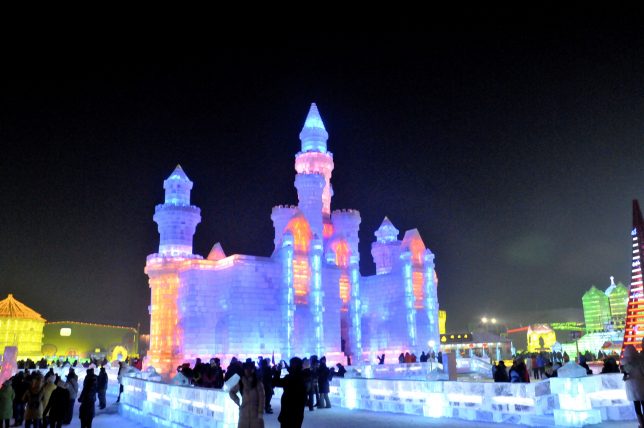 This towering ice castle rose several stories into the air in 2015 (photo by Zervas.) 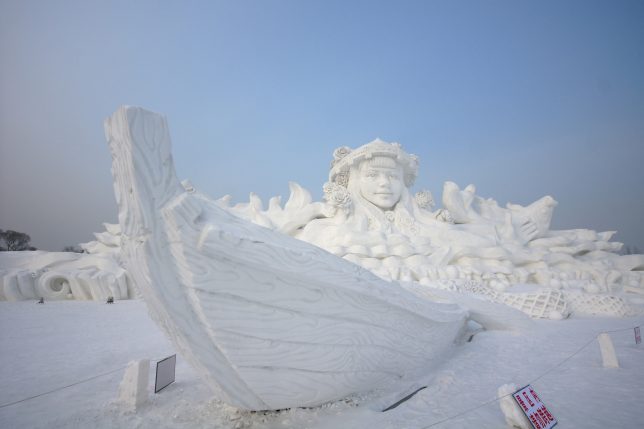 This beautiful work represents the largest single sculpture created in 2013 for the festival, which is spread out over 6.5 millions square feet (photo by alcyone.ath.cx.) 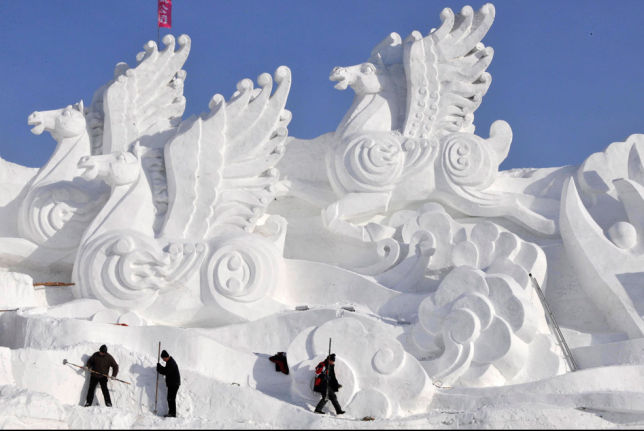 Ten thousand workers run around for weeks ahead of time to prepare for the festival, which utilizes over 1.9 million square feet of ice, some chipped off the adjacent Songhua River and dragged to the site for sculpting (photo by Irish Typepad.) 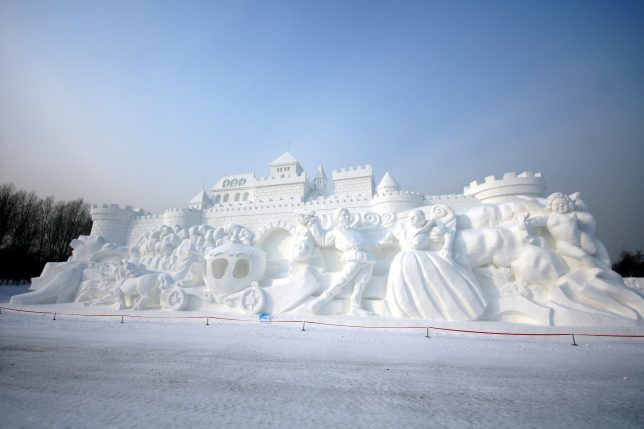 It takes a lot of hard work, but the spectacle is worth it all. Its opening coincides with the Chinese New Year on January 28th, drawing tourists from all over China and the world (photo by alcyone.ath.cx.) 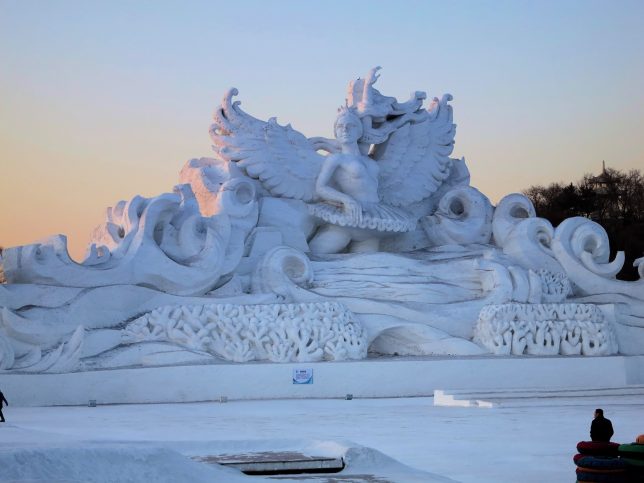 This winged ballerina sculpture is reminiscent of Swan Lake (photo by Steve Langguth.) 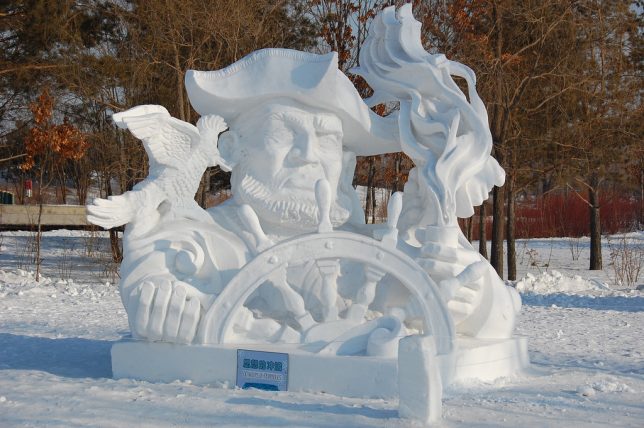 A sea captain pilots his ship at the 2009 festival (photo by Morgann.) 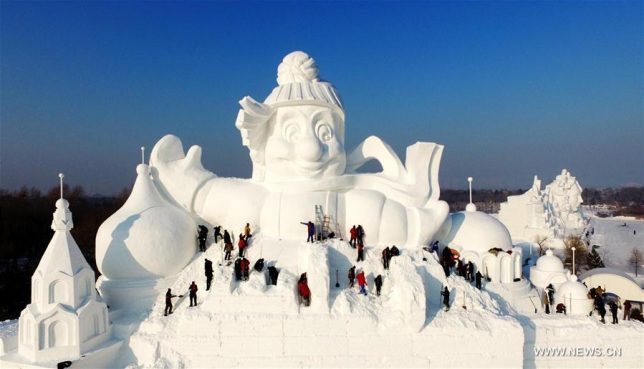