Dozens of large-scale snow and ice sculptures are once again on display in Harbin, capital of northeast China’s Heilongjiang Province, for the Sun Island International Snow Sculpture Art Expo. By day, the massive sculptures depicting folklore, mythology, classical art, cartoon characters and castles almost blend into their icy surroundings like natural formations, and after dark, everything is illuminated with a rainbow of glowing lights. Here are some of the festival’s most impressive sculptures that visitors have captured over the years. 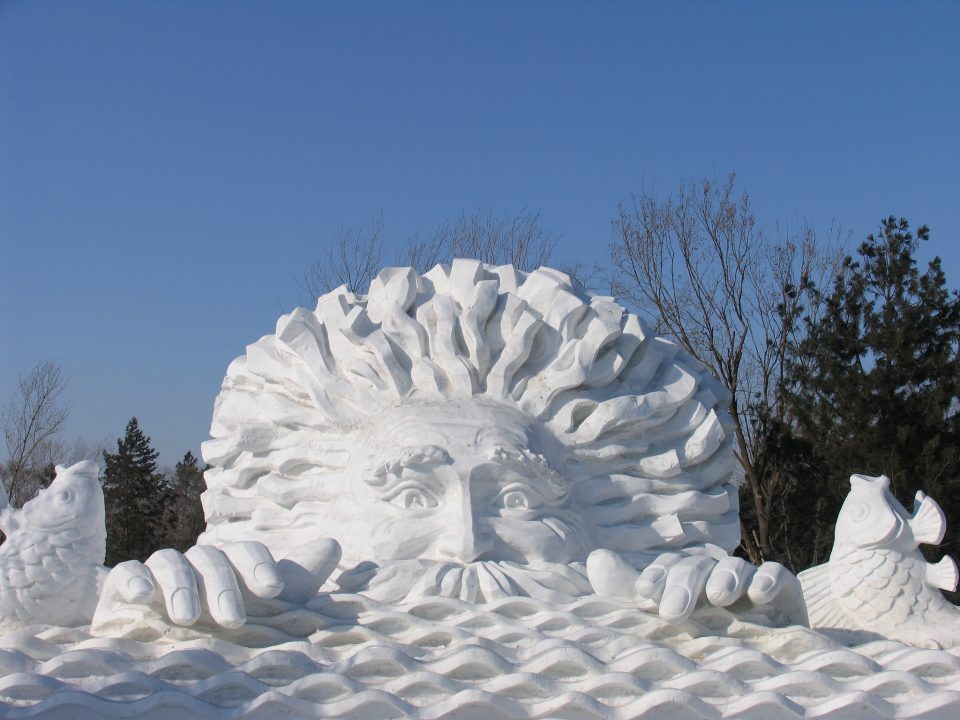 Harbin has long, cold winters with temperatures dropping to -36 degrees Fahrenheit, making it cold enough to pack snow very tightly, mold it into place and expect it to stay put. Otherwise, statues with elements like this hair would be difficult to make (photo by cdschock.) 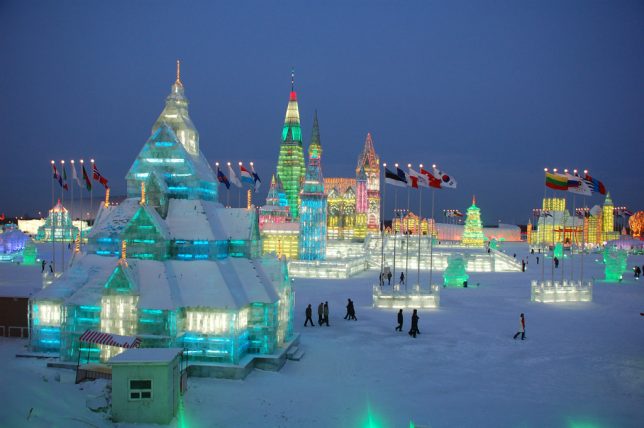 The annual winter festival is the largest ice and snow festival in the world, drawing international participants to show off their sculpting skills. The ‘Ice and Snow World’ portion, featuring full-sized buildings made from blocks of 2-3 inch thick ice, is best experienced after dark (photo by Ian Carvell.) 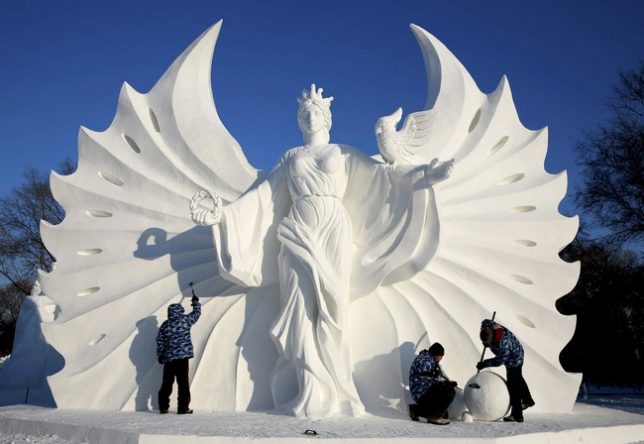 Each year, the event has a ‘trial run’ between December 22nd and January 4th, officially open to the public between January 5th and February 25th. Every year has a different theme, with 2016’s revealed to be “The Wonderland in the Land of Snow, The Grand View in the World of Ice and Snow.” Not clear on what that means, but we’ll find out when photos are released in early 2017 (photo by Time Travelo.) 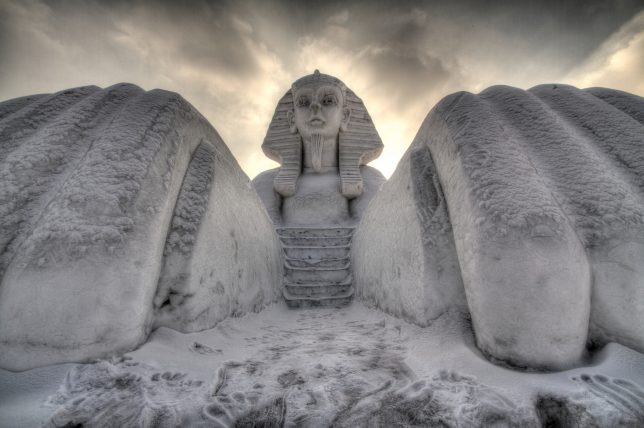 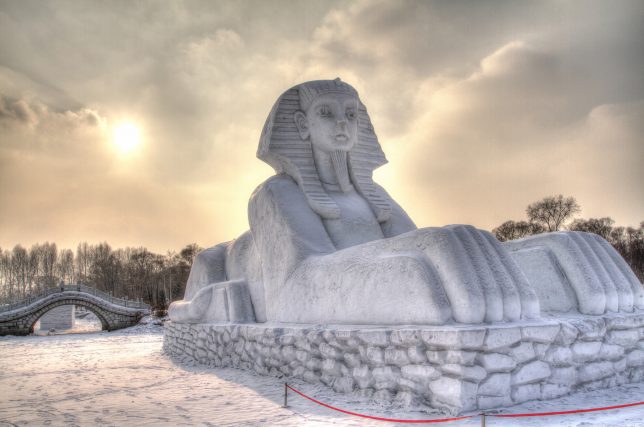 Maybe it’s not quite as large as the original, but this ‘snow sphinx’ photographed by Priscilla Dorresteijn is impressive nonetheless.

The combination of reflective ice and snow with colored lights creates a pastel scene at dusk (photo by Jarod Carruthers.) 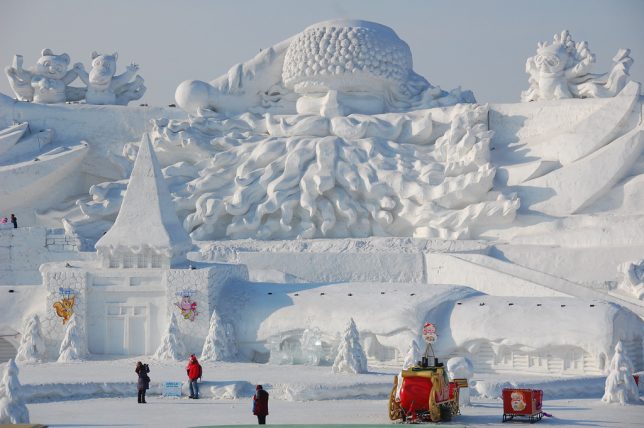 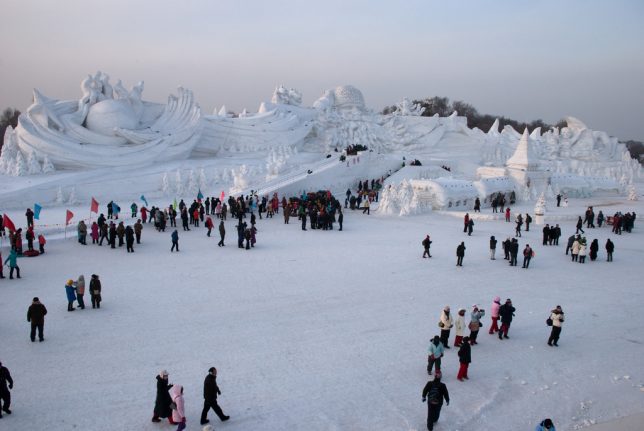 This large-scale Santa is downright mountainous, looming over life-sized snow sculptures of architecture and trees (photos by Morgann and rdog)