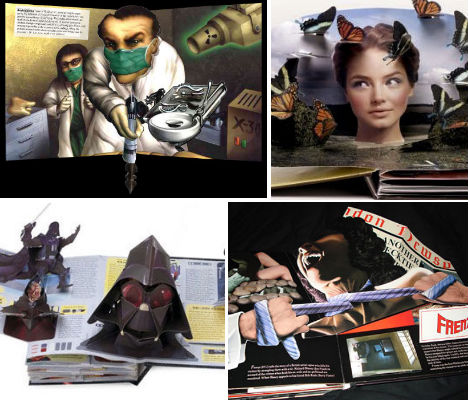 Typography, architecture, fashion, sex and even Star Wars spring into vivid three-dimensional life on the pages of these 15 incredible pop-up books. Some might be made for children but are cool enough to appeal to adults and others are strictly for the 18-and-older crowd, but all of these clever and creative books will make you feel like a kid again as you pull the tabs and anticipate what will pop up next. 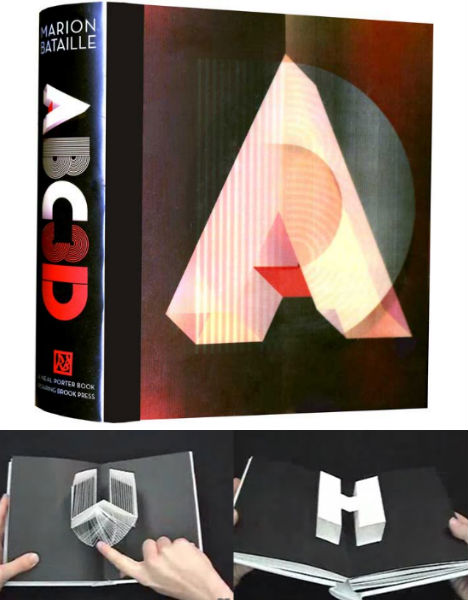 Just as much of a graphic design and typography showcase as an ABC book, ‘ABC3D’ by Marion Bataille is more of a treat for parents than for children. Though using it to teach a baby the alphabet may result in some unusually design-oriented children, it could just as easily be a coffee table book for adults. The transitions from one letter to another are particularly clever.

The Pop-Up Book of Phobias 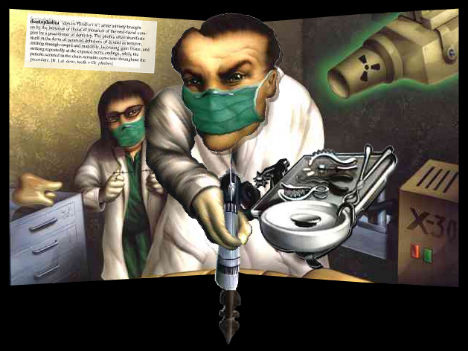 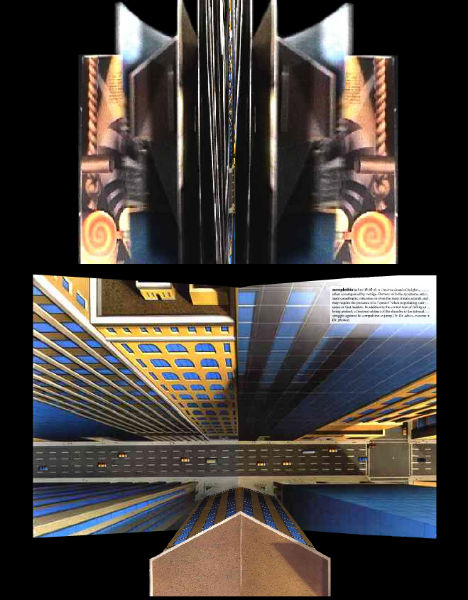 Let your fears pop up into your face with Gary Greenberg and Matthew Reinhart’s ‘The Pop-Up Book of Phobias.’ Dentists wielding drills, oversized spiders, dizzying vantage points, snakes and even death itself present themselves in three dimensions. Each phobia is explained in terms that will further terrify the reader. In the case of dentophobia, “the phobia often manifests itself in the form of paranoid delusions of dentist as torturer, drilling through cuspid and mandible, lacerating gum tissue, and striking repeatedly at the exposed nerve endings, while the patient, secured to the chair, remains conscious throughout the procedure.” 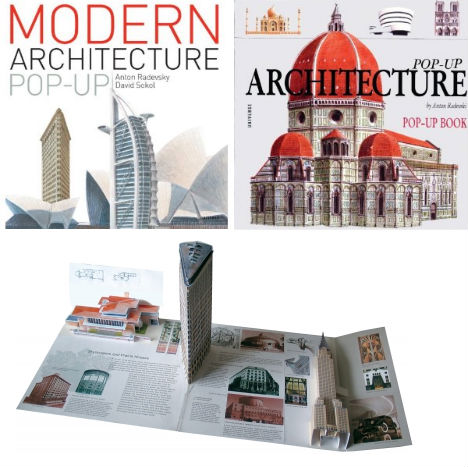 The Roaring Twenties: A Spicy Pop-Up Book for Adults Only 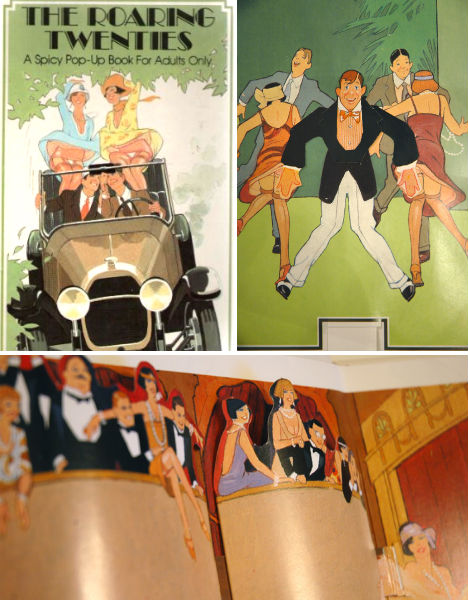 Fans of the 1920s era who like kitsch might enjoy this goofy novelty pop-up book by Peter Seymour, published in 1987. While it hardly gets more risque than suggestive poses and glimpses of underwear, it’s certainly not for children.

Alfred Hitchcock: The Master of Suspense 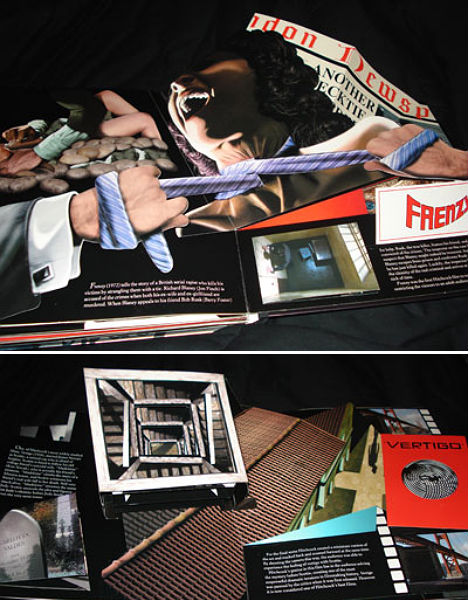 An oversized hardcover measuring a full square foot, ‘Alfred Hitchcock: The Master of Suspense’ gives each of the director’s best-known films a 3D spread including Psycho, Vertigo, Saboteur, The Birds, Marnie, Torn Curtain and Frenzy. The imagery is, of course, derived from key scenes in each film, like the shower curtain scene in Psycho and the strangulation in Frenzy. Each page includes a ‘hidden’ image of Hitchcock’s cameo in the film. 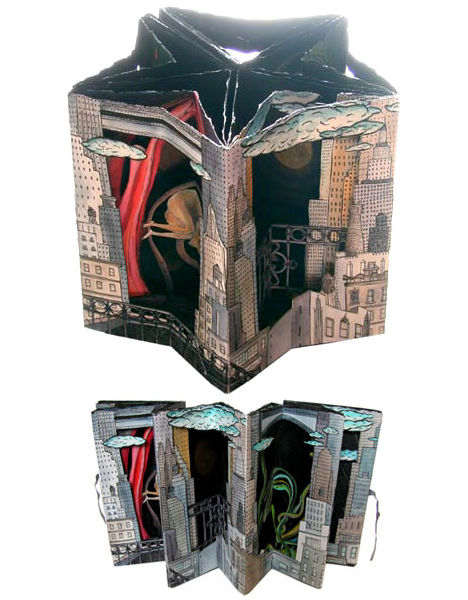 Artist Andrea Dezsö, who often works in cut paper, is known for a number of one-of-a-kind pop-up books inspired by the culture of her birthplace, Romania, as well as the immigrant experience in America. This stunning star-shaped carousel book reflects on her perception of New York, where she moved a decade ago after receiving a residency at the New York Center for Book Arts. 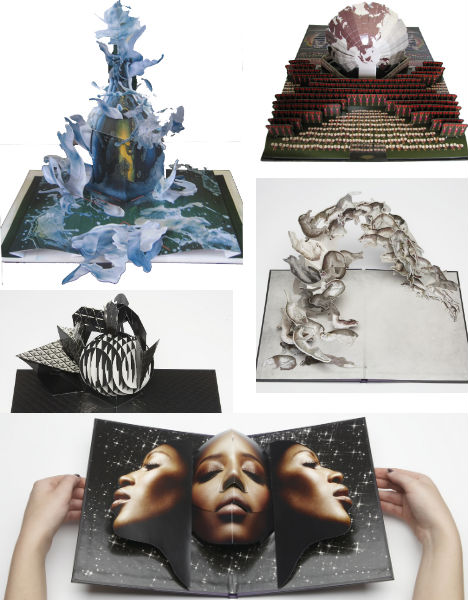 A collaboration between Visionaire Magazine, paper engineer Bruce Foster and a number of designers and artists, Visionare 55: Surprise was a limited edition of 4,000 sponsored by the champagne brand Krug. Gareth Pugh and Mario Testino are among the ‘visionaries’ who were invited to turn their designs or photography into a 3D pop-up spread. 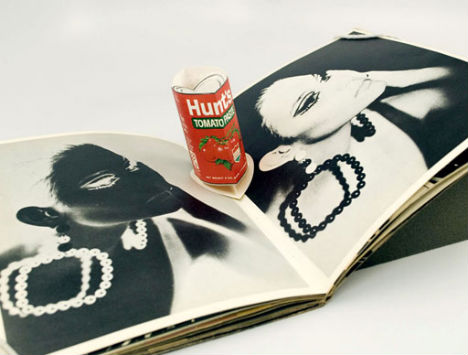 Originally conceived as “a children’s book for hipsters”, Andy Warhol’s ‘Index’ is full of iconic pop-art imagery. Fully intact copies of the book are extremely rare – most of the copies known to still be in existence may be missing the pop-up elements like a can of Hunt’s tomato paste, a geodesic dome, an airplane and what appears to be a sheet of LSD tabs. The book also contains a 45 RPM flexi-disc with a portrait of Lou Reed, which plays an exclusive song by The Velvet Underground.

The Naughty Nineties: A Saucy Pop-Up Book for Adults Only 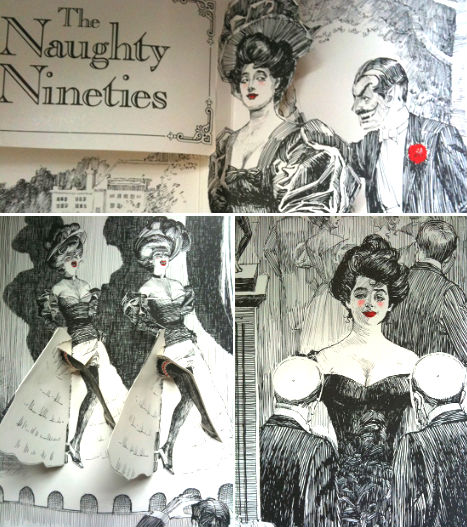 By the same author of ‘The Roaring Twenties’ comes ‘The Naughty Nineties’ – 1890s, that is. This one is definitely a bit more revealing than the other title; it tends to be remembered fondly by children who got their hands on a copy in the 1980s. 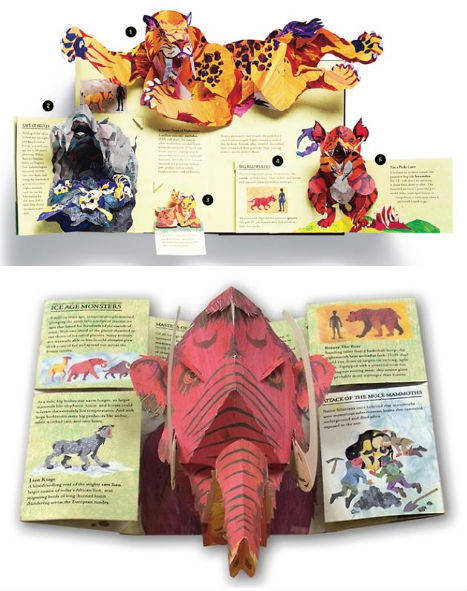 (image via: wired.com , printed and bound)

Yes, the ‘Encyclopedia Prehistorica: Mega-Beasts’ pop-up book is meant for kids, but adults will get just as much enjoyment out of it. Created by noted pop-up author Robert Sabuda, who has produced similar titles featuring dinosaurs and other creatures, this fun book packed with 35 full-sized pop-ups brings long-dead animals to life. Check out a cool feature by Wired, ‘The Science of Pop-Ups’, featuring this book. 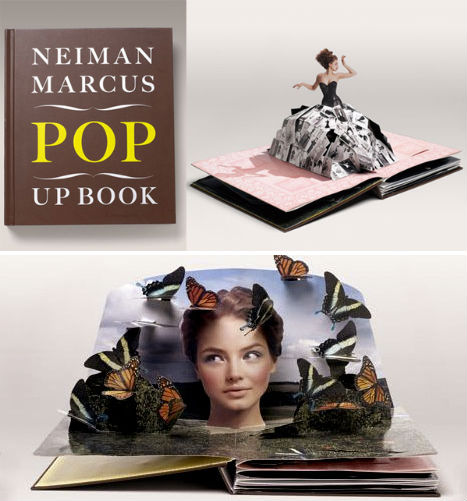 Neiman Marcus issued this pop-up book to celebrate its 100-year anniversary in 2007. The book follows a young girl who experiences the store from the time it first opened until the present day, exploring many eras of fashion and housewares along the way. One of the largest pop-ups is a woman in a dress made of Neiman Marcus catalogs.

The Pop-Up Book of Sex

Star Wars: A Pop-Up Guide to the Galaxy 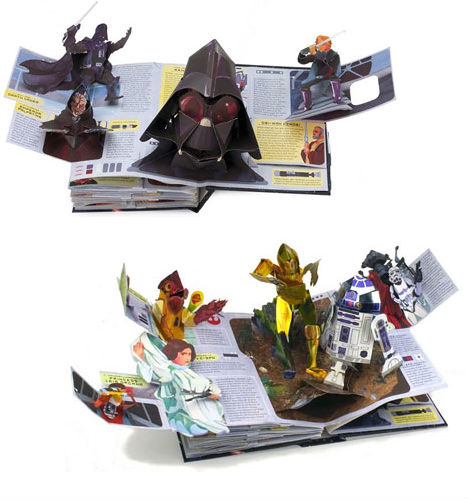 A must-have for any hardcore Star Wars fan, this book from Robert Sabuda and Matthew Reinhart is an engaging guide to the fictional world of the films. More than 35 pop-ups illustrate the planets of the galaxy, AT-ATs, galactic vehicles, ‘sentient species and beasts’ and of course all the characters from the series including Princess Leia, Luke Skywalker, Darth Vader and even a rampaging rancor.

The Pop-Up Book of Nightmares 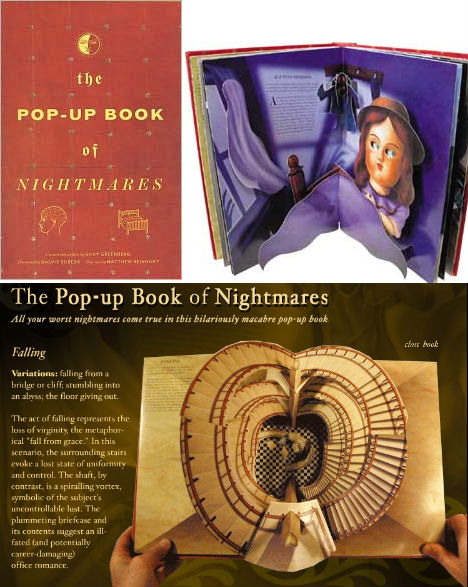 Phobias are exchanged for nightmares in this book by Matthew Reinhart and Gary Greenberg. The book features 10 of the most universally terrifying dreams including forgetting to study for a final exam, standing naked in front of a crowd, falling, giving birth to a monster, being chased and coming face-to-face with a pile of squirming rats.