Photographs of abandoned houses and dreary, overgrown landscapes are layered with hand-painted elements on glass panels in a technique called ‘matte painting’, one of the original VFX techniques used in filmmaking. Disparate imagery comes together in a way that doesn’t quite make sense, placing entire forests inside the darkened parlor of a deteriorating mansion or pairing wallpaper-like landscape scenes with real greenery inside a partially collapsed room. 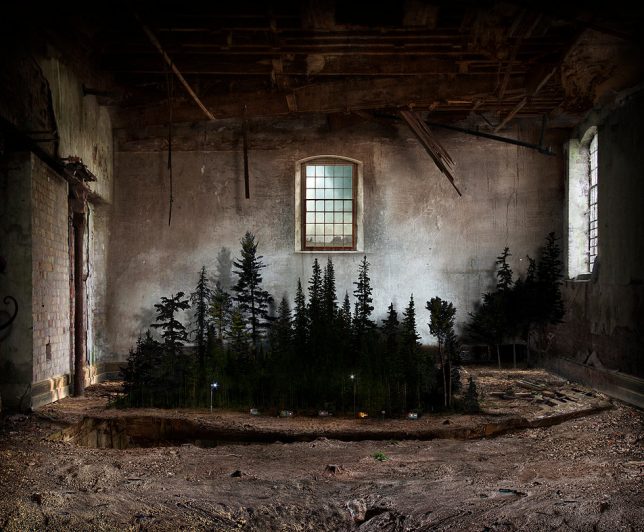 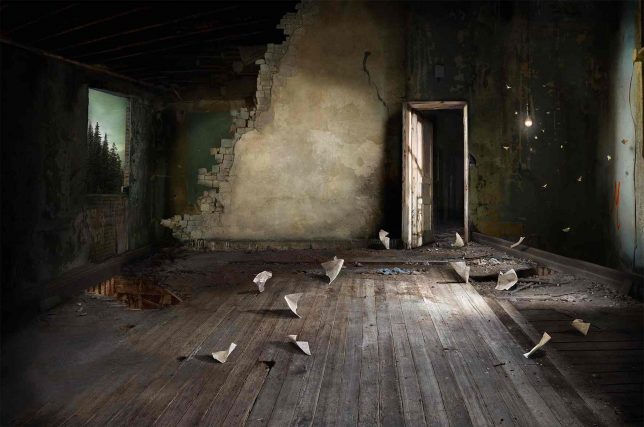 Artist Suzanne Moxhay, based in London, utilizes this early 20th century filmmaking technique – which was also used in more recent motion pictures like Star Wars, Mary Poppins, Raiders of the Lost Ark and The Birds – as the basis for each of her unsettling scenes. On live-action sets, paintings on glass would be integrated with the camera to become part of the scene. 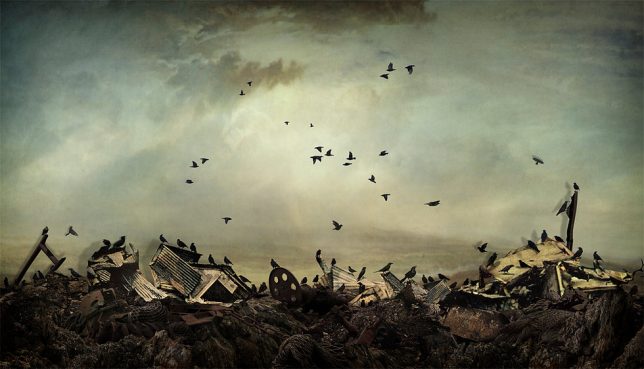 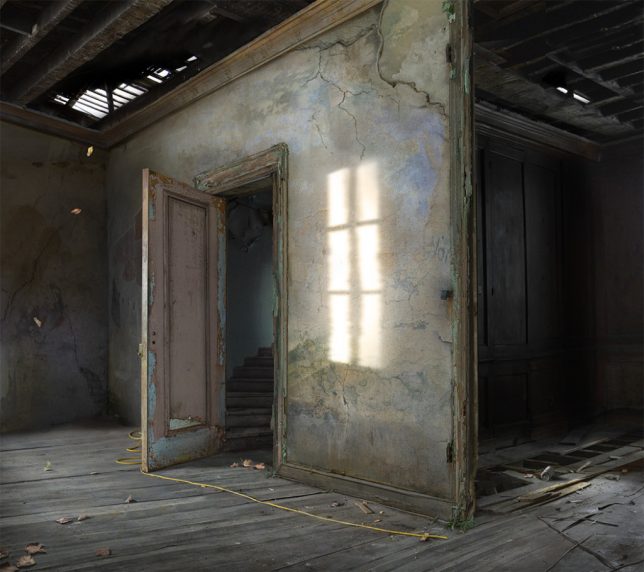 Instead of creating hers in situ, Moxhay draws from an archive of collected images and her own photography, building up the images in her studio using cutout fragments of the source material, which she makes into tiny stage sets on glass panels. Then, she takes a photo of the result, finally manipulating them digitally to remove them even further from their original context and make them into something entirely new. 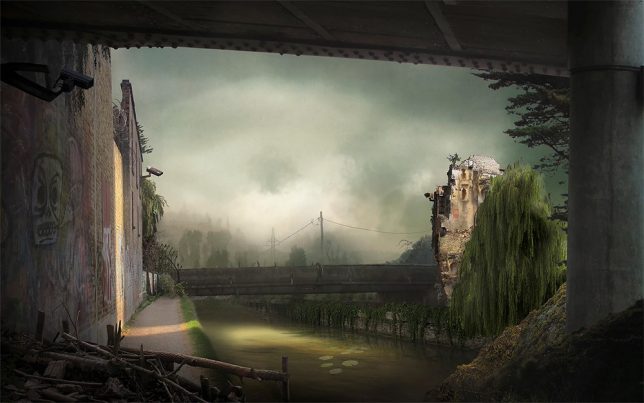 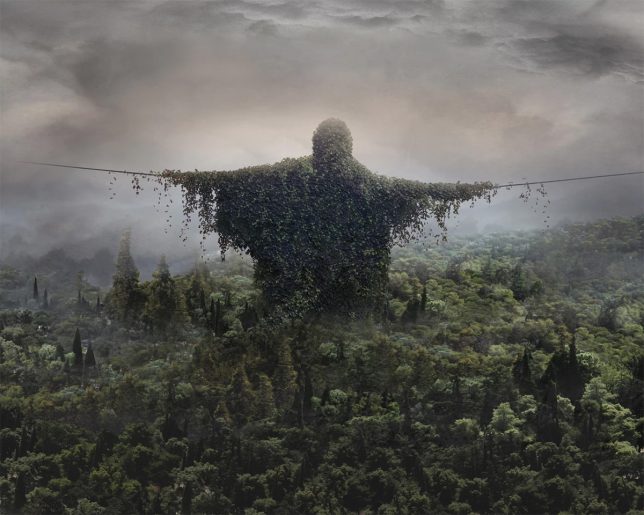 “In my recent work I have been exploring concepts of spatial containment in montages built from fragments of photographed and painted interiors,” says Moxhay. “Architectures are disrupted by analogous elements – contradictory light sources, faulty perspective, paradoxes of scale. Light casts shadows in the wrong direction, walls fail to meet in corners, an area of the image can be seen either as an enclosing wall or dark overcast sky.”