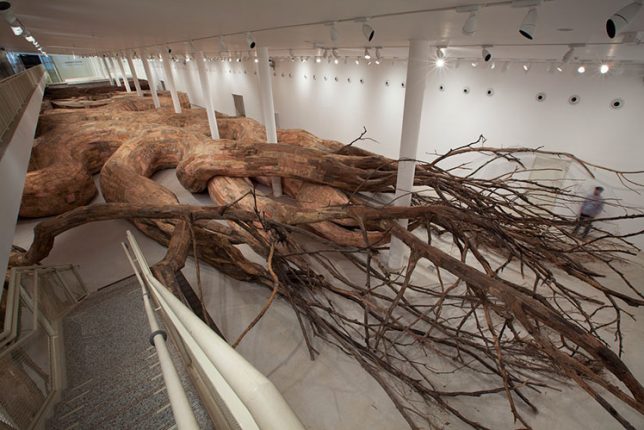 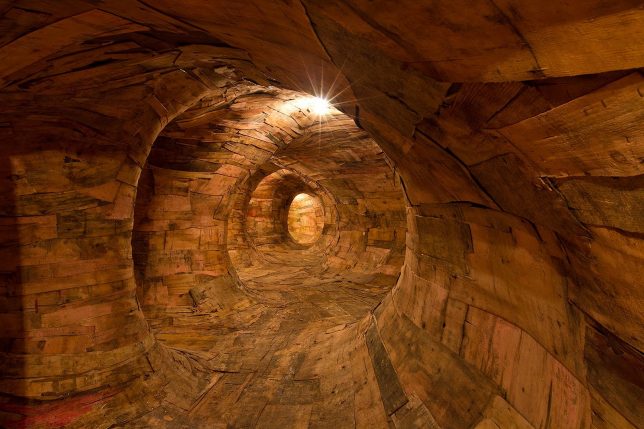 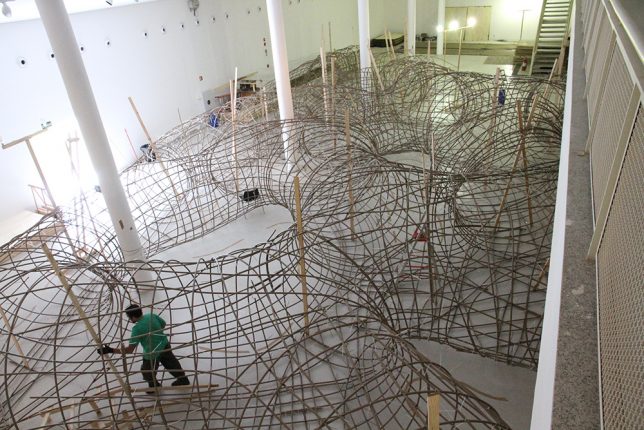 Enter the root system of an unfathomably gigantic tree with Transarquitetônica, a massive installation in São Paulo by Brazilian artist Henrique Oliveira. The artist used a type of inexpensive wood commonly used to obscure construction sites as the base of the piece, first creating open tunnel frames and then covering them with ‘bark.’ 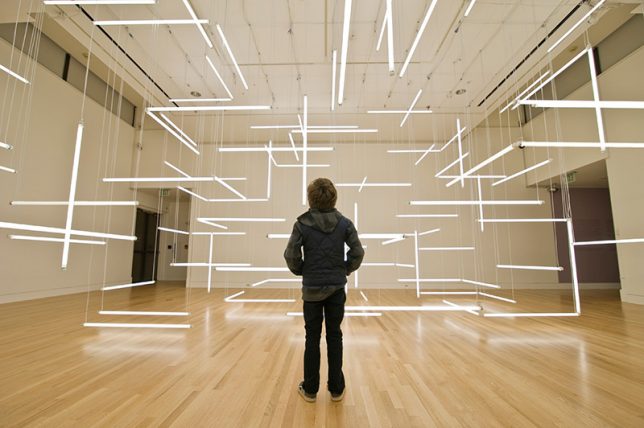 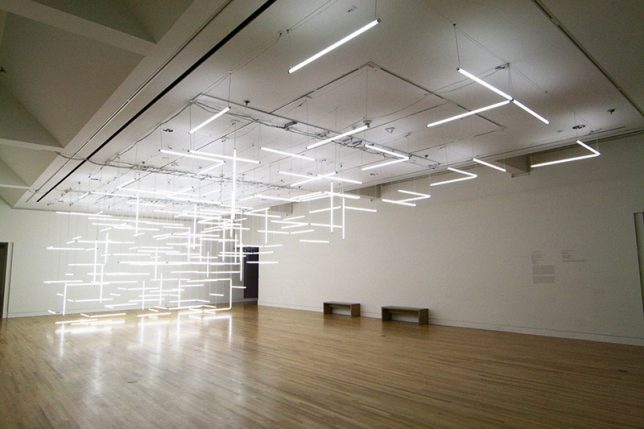 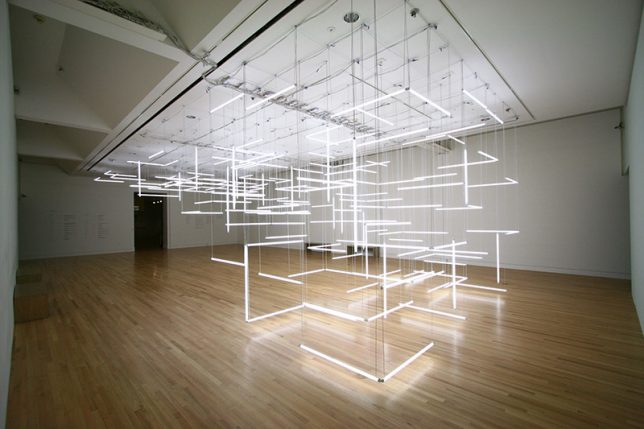 Hung from the ceiling of Seattle’s Frye Art Museum, ‘Through Hollow Lands’ is a suspended labyrinth made of 200 fluorescent lights that you can only navigate by walking below it and looking up. 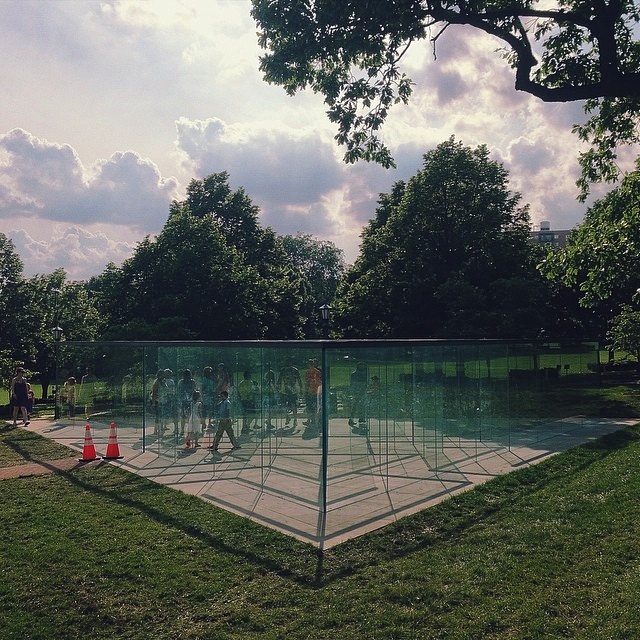 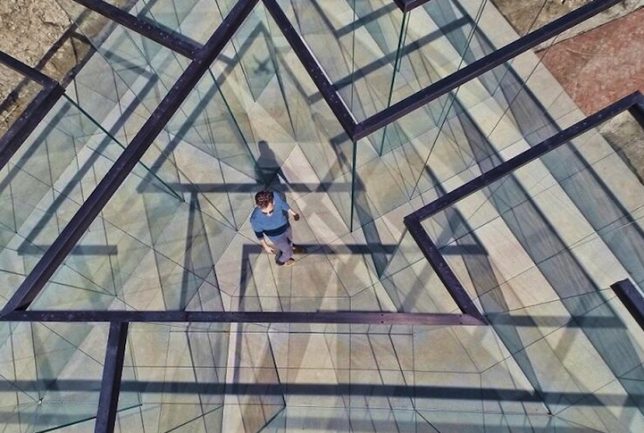 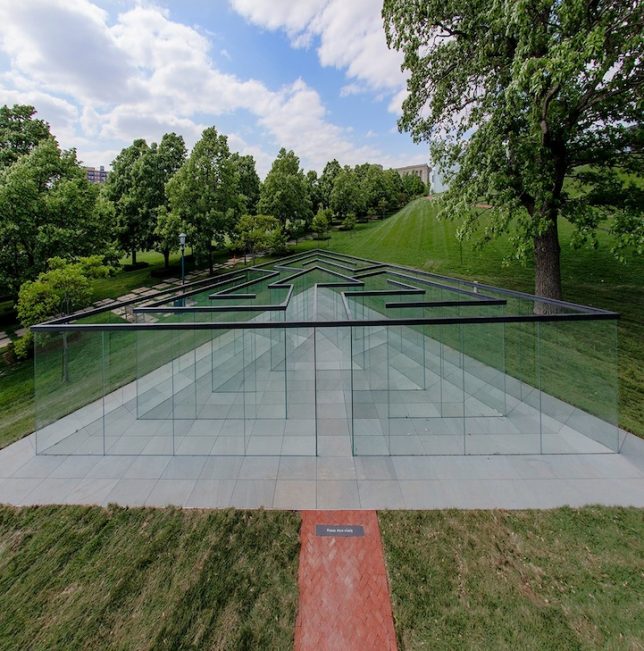 You don’t really get a sense of the scale of ‘Glass Labyrinth’ from photographs until you see the people inside. It’s 7 feet tall, 62 feet wide and 62 feet long, weighing almost a million pounds (no exaggeration.) Installed at Nelson-Atkins Museum of Art’s Sculpture Park, the piece by artist Robert Morris took an entire team of people two months to install. 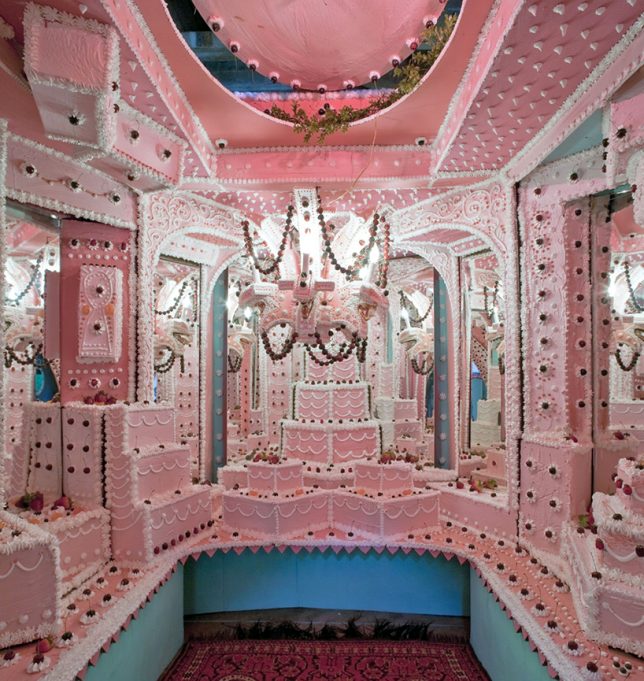 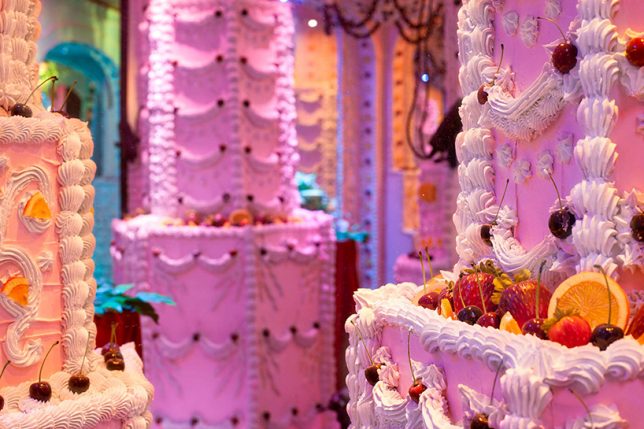 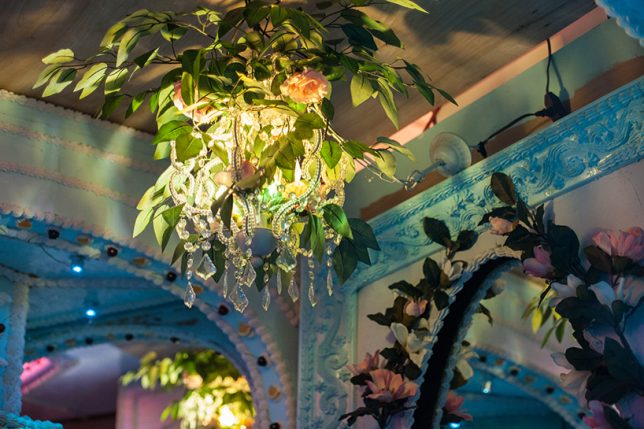 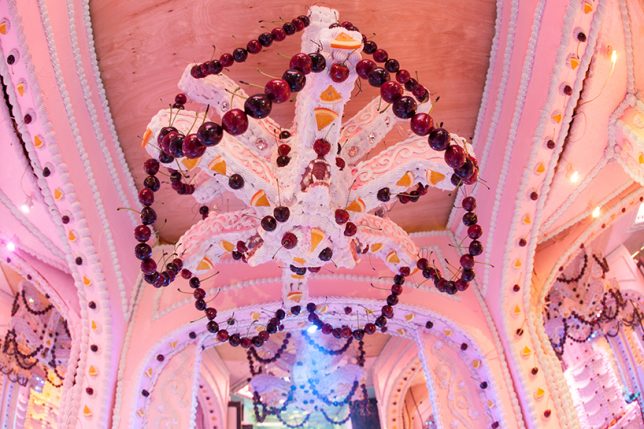 Artists Scott Hove and Baker’s Son filled Los Angeles’ Think Tank Gallery with a 7,500-square-foot labyrinth made of cake, funneling visitors through six chambers of cake castle. They may look delectable, but the decorations aren’t actually edible, with frosting made of acrylic. Otherwise, the exhibit wouldn’t have lasted more than a day.

Labyrinth of Plastic Waste by Luzinterruptus 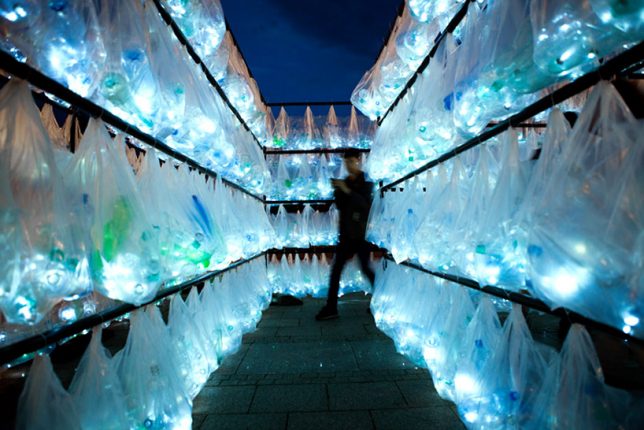 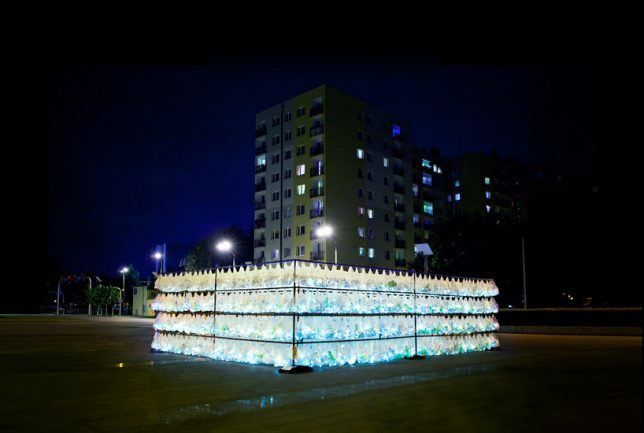 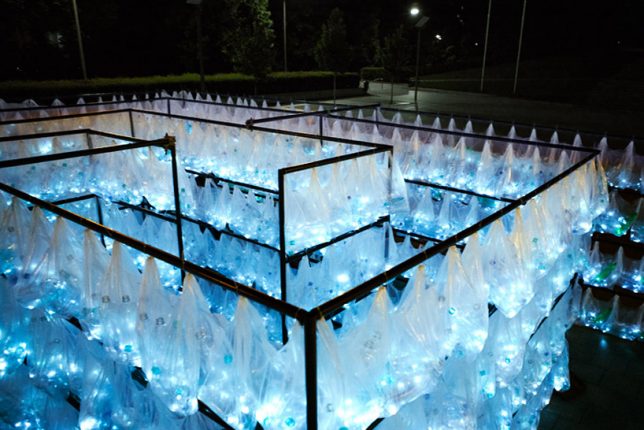