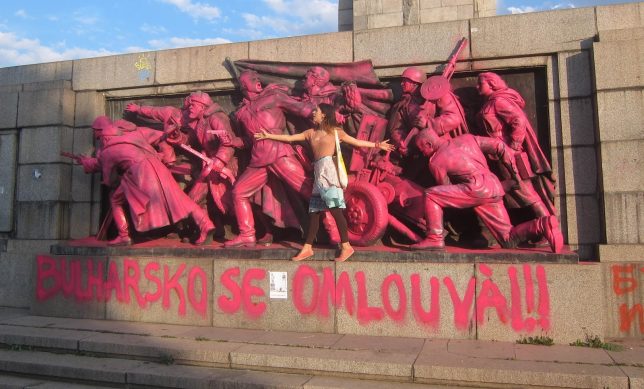 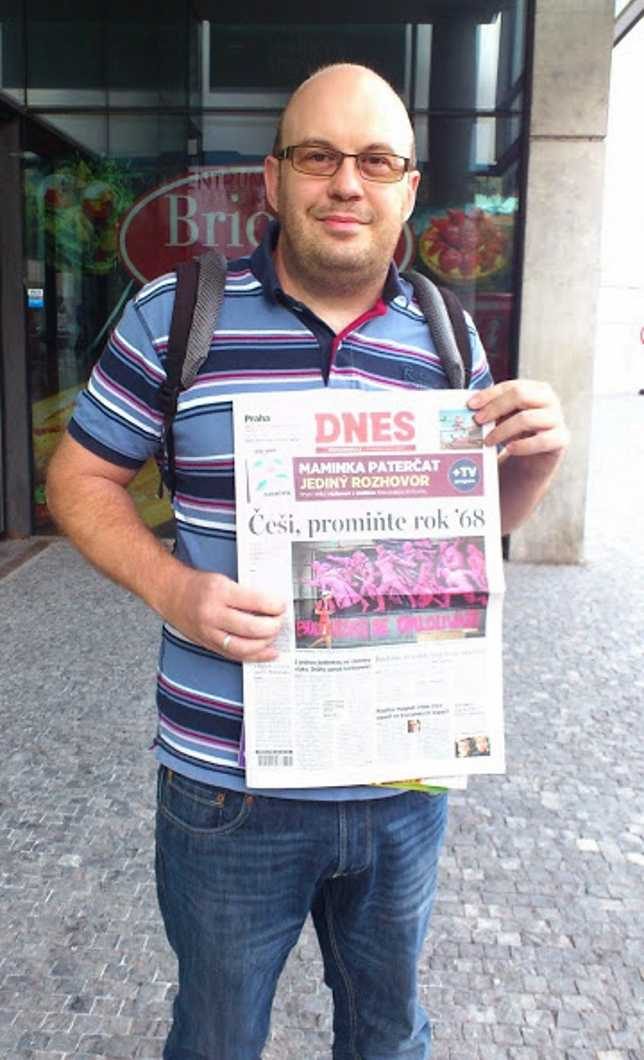 In the summer of 1968 the so-called “Prague Spring” – a brief period of political liberalization encouraged by Czechoslovakia’s communist leadership – was in full bloom and a rattled Soviet Union decided to intervene militarily. On the night of August 21st, armies from five Warsaw Pact nations (including Bulgaria) invaded Czechoslovakia and the Prague Spring was history. 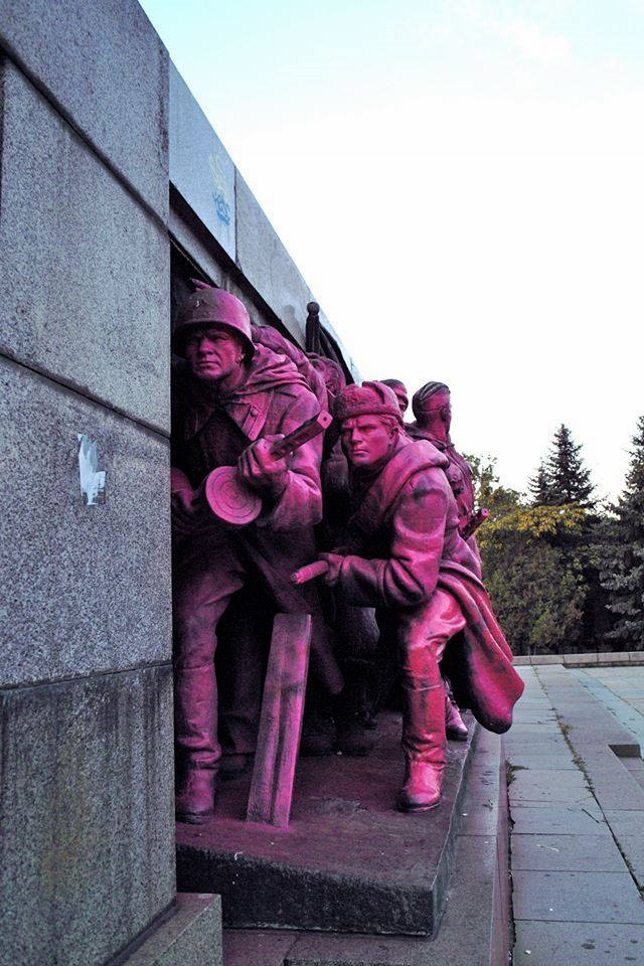 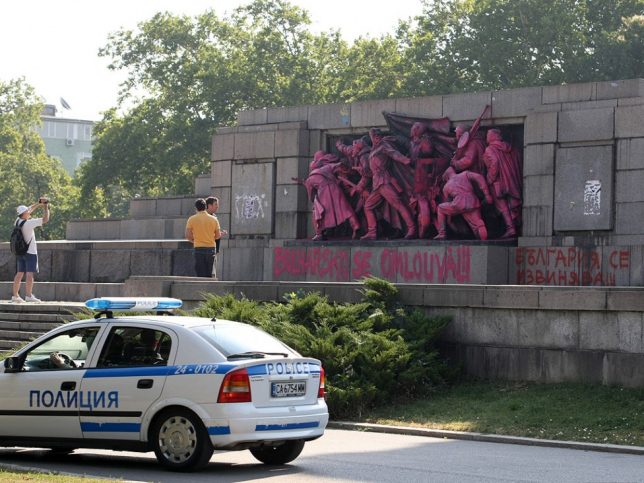 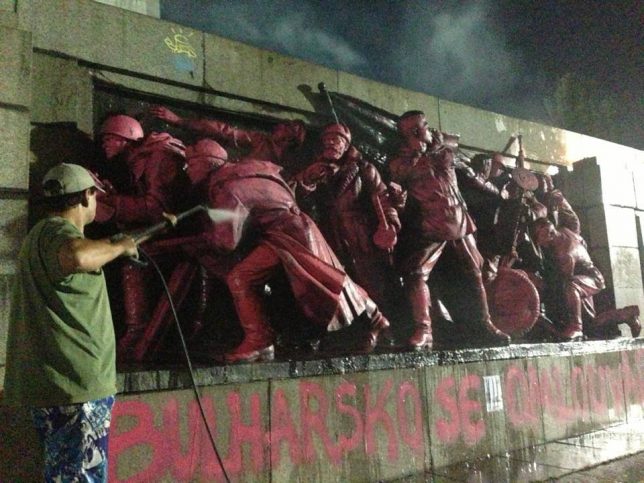 On August 21st of 2013, the 45th anniversary of the invasion, unknown activists painted the Monument to the Soviet Army in Sofia bright pink. Painted text in Bulgarian and Czech beneath the figures read “Bulgaria Apologizes“. Once again, Russia expressed her fury and that very evening the monument was power washed yet again.

All Glory To The Ukraine 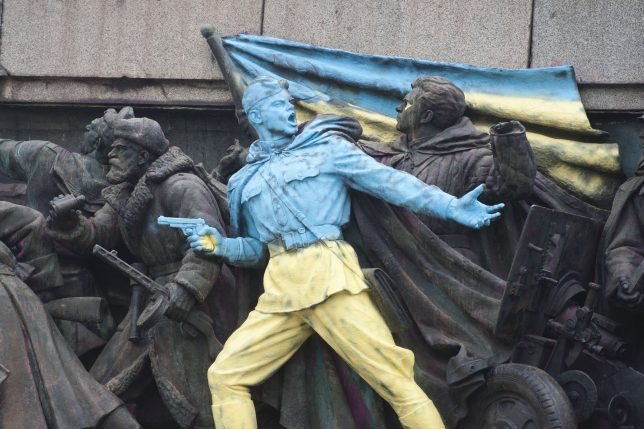 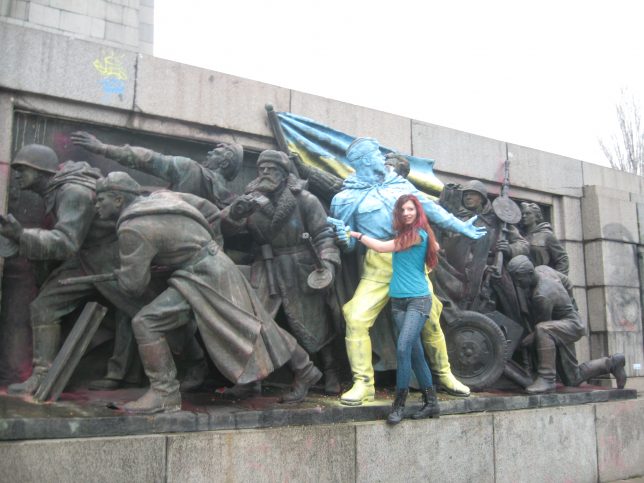 By 2014 a pattern of sorts had been set and on February 23rd… you guessed it. Take it away, outraged Russian Ministry of Foreign Affairs: “With the feeling of deep resentment in Russia was greeted with news of yet another case of vandalism directed against the Soviet Army monument in the center of the capital of Bulgaria, Sofia”. Geez, haven’t those guys heard of the Streisand Effect? 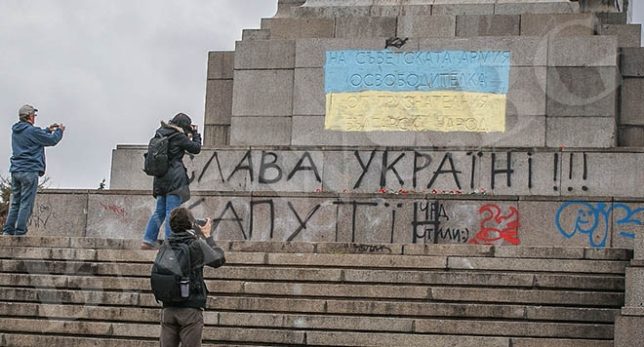 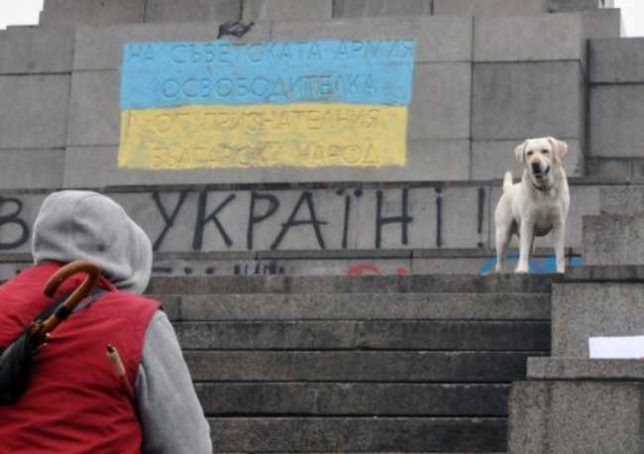 In addition to the central “Superman” figure and flag being painted in Ukrainian national colors, text graffiti reading “Glory to Ukraine” (plus an obscene epithet directed at Vladimir Putin) was sprayed on the monument. 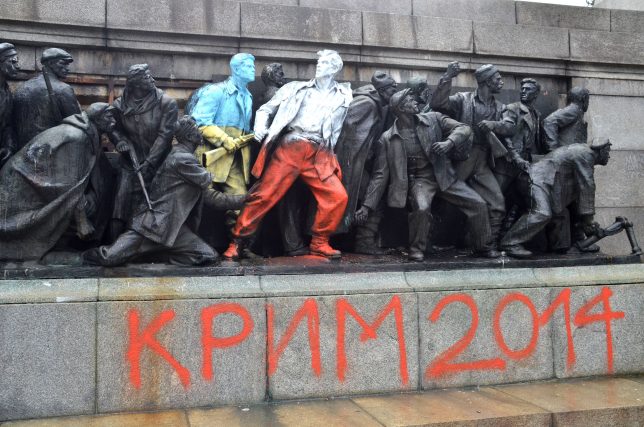 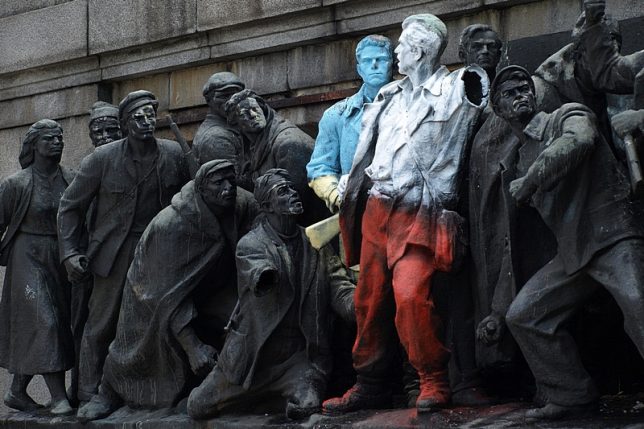 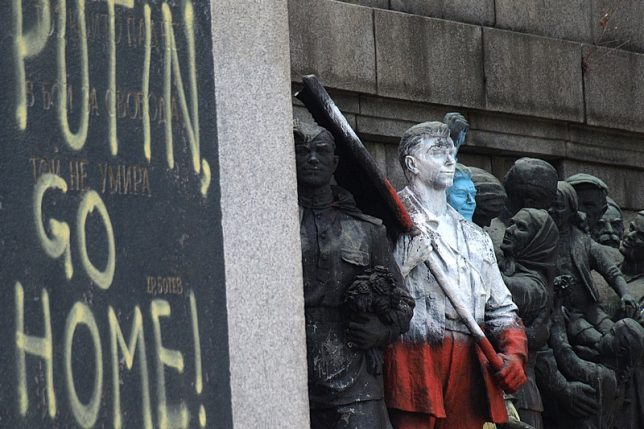 It wasn’t long (March of 2014) before the monument was vandalized once again, confirming its use as a billboard to express discontent with the USSR’s successor state, Russia. This time a pair of soldier statues in neighboring panels were painted in Ukrainian and Polish colors. 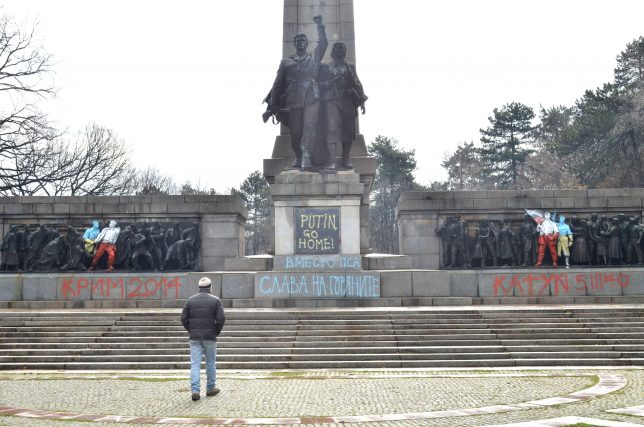 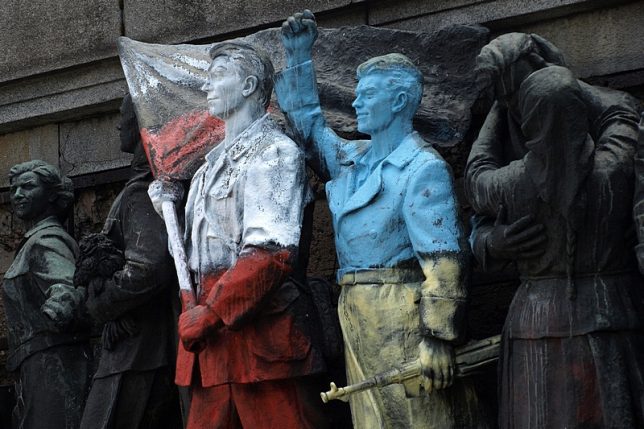 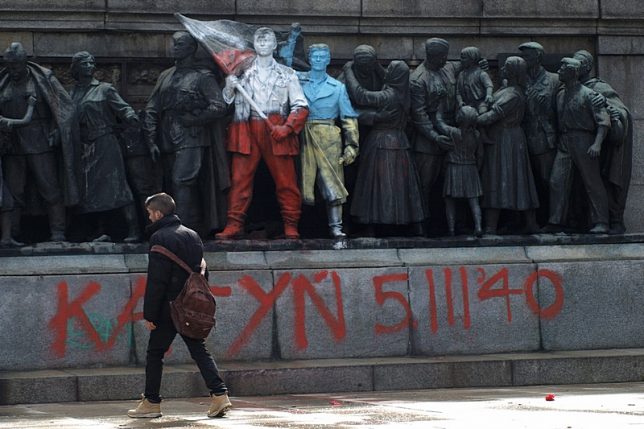 “Crimea 2014” was sprayed beneath one side of the monument while beneath the two painted soldiers was painted the legend “Katyn 5.III ’40” – the date of the infamous Katyn massacre perpetrated on March 5th of 1940 in occupied Poland by the Soviet NKVD secret police.

Is Sofia’s Monument to the Soviet Army becoming an internet meme? Two days before the Victory Day military parade took place in Moscow on May 9th, 2015, local pro-Russian youth group “Red Force” announced their members would be patrolling the park around the monument. In response, Ivo Mirchev’s Facebook group “Monument of the Soviet Army” published the above photoshopped images captioned as follows: “You cannot protect anything from the truth, even the monument. Occupying power (Soviet Army in Bulgaria) is not a savior, and the hands of the occupiers were stained with blood. Literally and figuratively.”