As driverless vehicles hit the streets and shared car usage grows, forward-thinking architects, developers and urban planners are working on adaptable designs to future-proof parking garage structures and give them second lives. 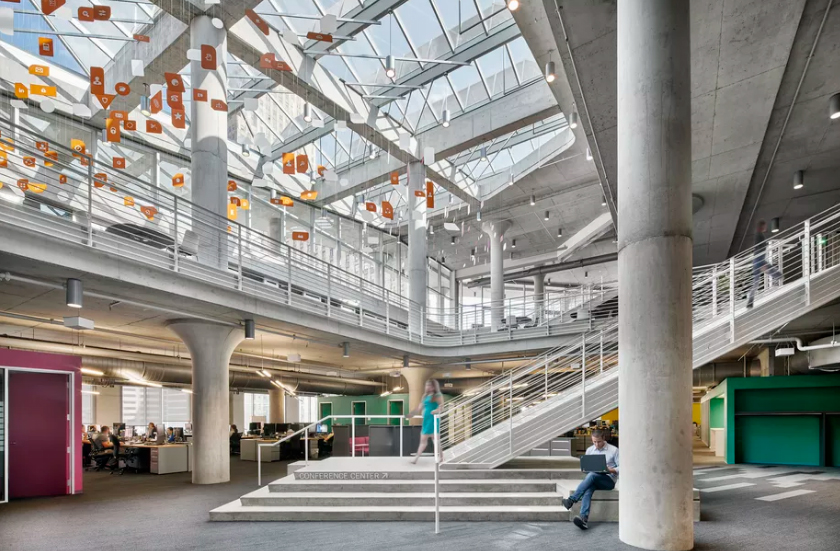 Big firms like Gensler see the writing on the wall, predicting car usage will peak by the end of the decade and ride-sharing may dominate by 2025. The effect of this on cities and real estate will be massive, freeing up home garages, street parking and dedicated parking structures — nation-wide there are over 500,000 parking spots and spaces inside buildings and outdoors covering an estimated 3,500+ square miles. 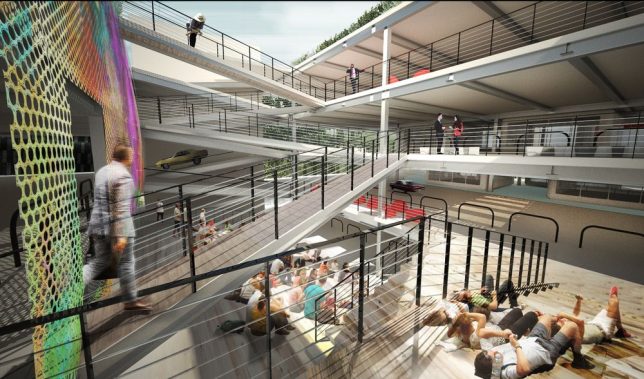 Gensler’s The Mod concept plays to new possibilities in light of their predictions, featuring garage floor heights that will work for new uses. Its modular sections can be easily moved or removed to let in light and facilitate circulation. Built-in utility hookups also help make conversion easier. The firm has also designed a building in Ohio with three parking levels made to be changed into offices over time with easily-added facades and details similar to ones found on other floors (below). 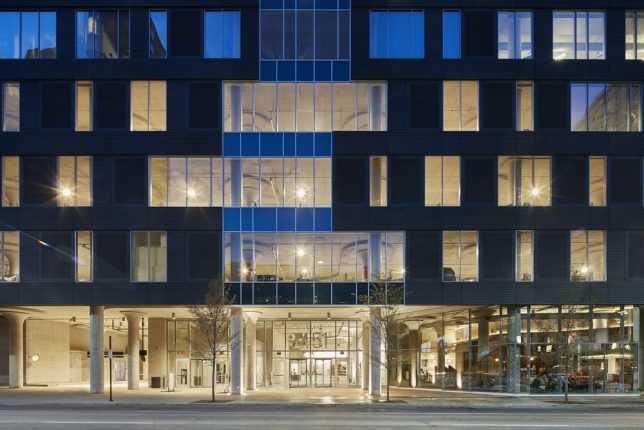 Another such project — a 1,000-car garage for building residents in the Arts District of Los Angeles by Avalon Bay — is to be completed in four years, a long time in this age of fast-evolving technology. Accordingly, their plans include tricks to make converting this area back to other residential uses easy and efficient. This includes flat floors (rather than inclined ones found in many garages) so they can be turned effectively into usable spaces, like shops or community areas. 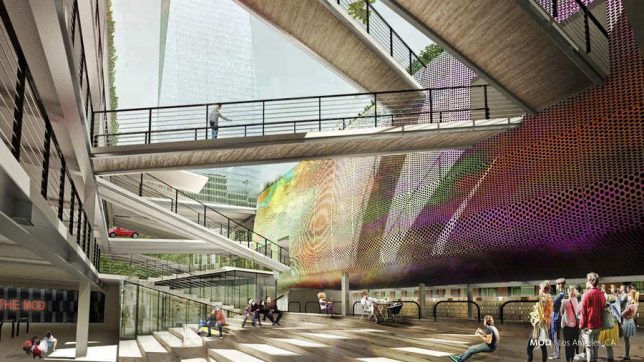 Converting garages will be a huge project of the coming decades, but so will rethinking the way new architecture is designed in the age of autonomous vehicles. Without people at the wheel, cars can park themselves in smaller spaces. Loading/unloading zones will be reduced and the way people enter buildings (from the street rather than a garage) could change dramatically as well. 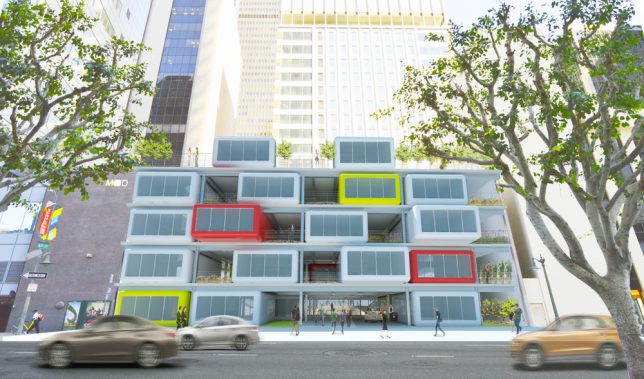 Then, of course, there are streets — with less street-side parking, space is opened up for things like parklets, walking and biking paths (not to mention all of the changes to how roads will work). Accordingly, many designers, developers and planners are wisely anticipating these changes — still, their ultimate effect on the built environment remains to be seen as the future continues to take shape.