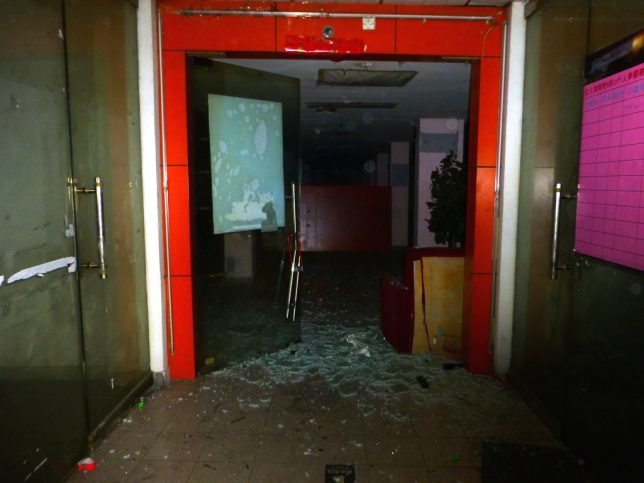 It’s not often we get a glimpse into the trashed interior of an abandoned internet cafe but for those craving such scenes, this is your lucky day. 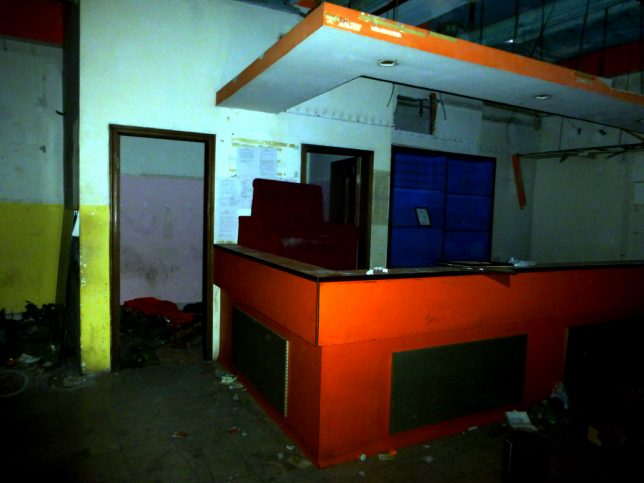 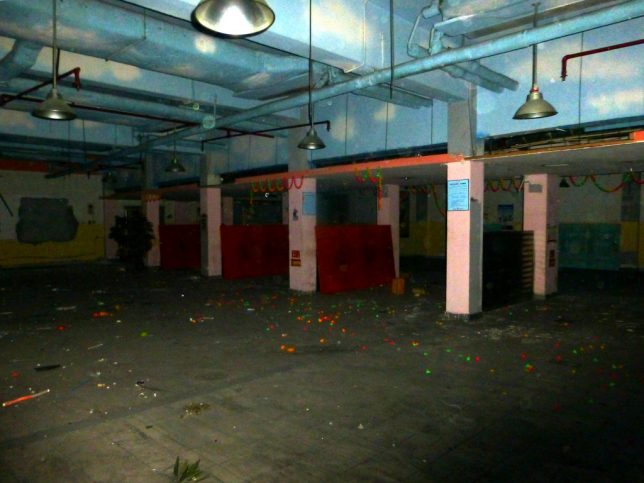 Flickr user Chris (dcmaster) was in the right place at the right time on July 1st, 2012, when he gained access to this gutted & grotty internet café in Zhangmutou, a town in Dongguan prefecture north of Hong Kong. 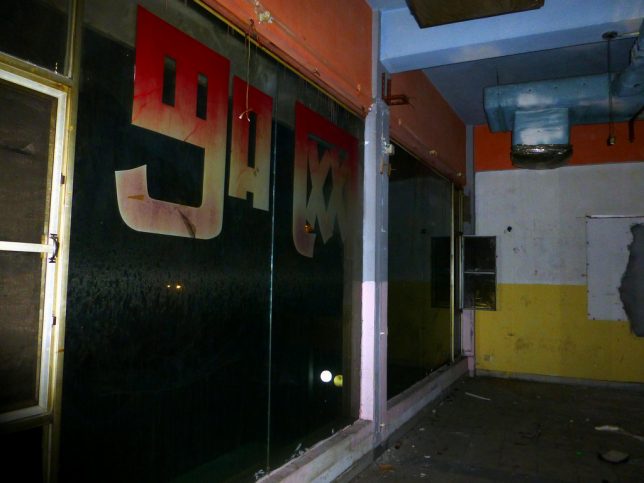 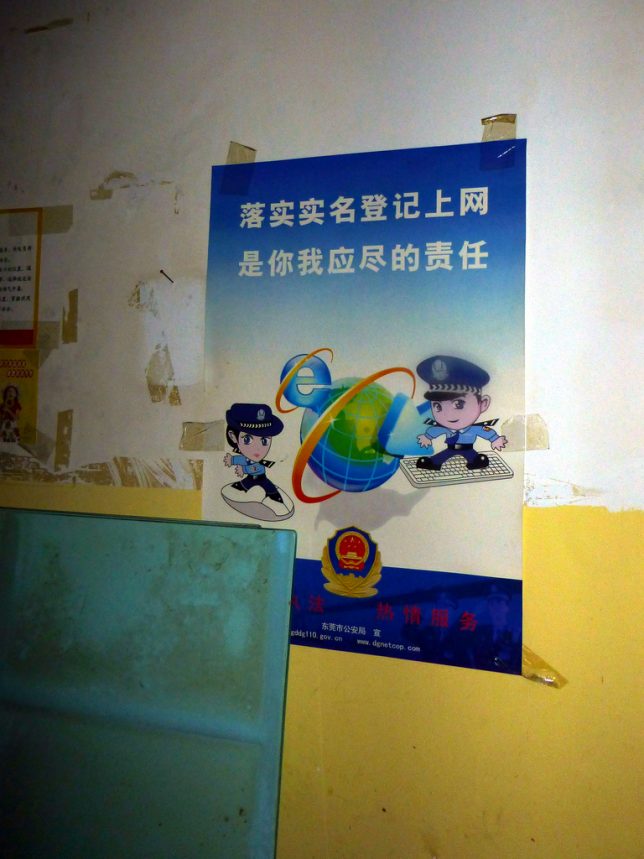 Chris managed to snap 28 photos inside the former browse-atorium before he was evicted by either security or the smell – maybe both. 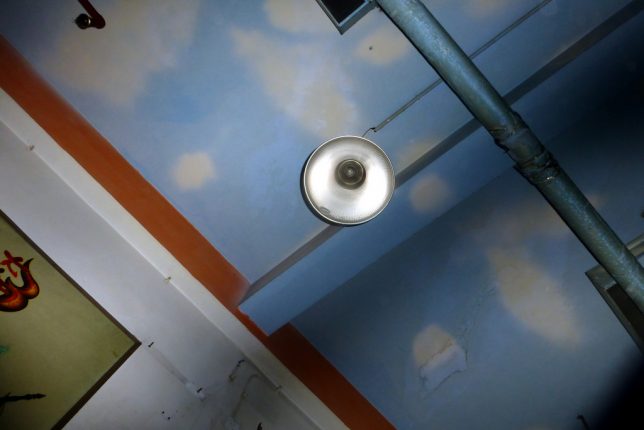 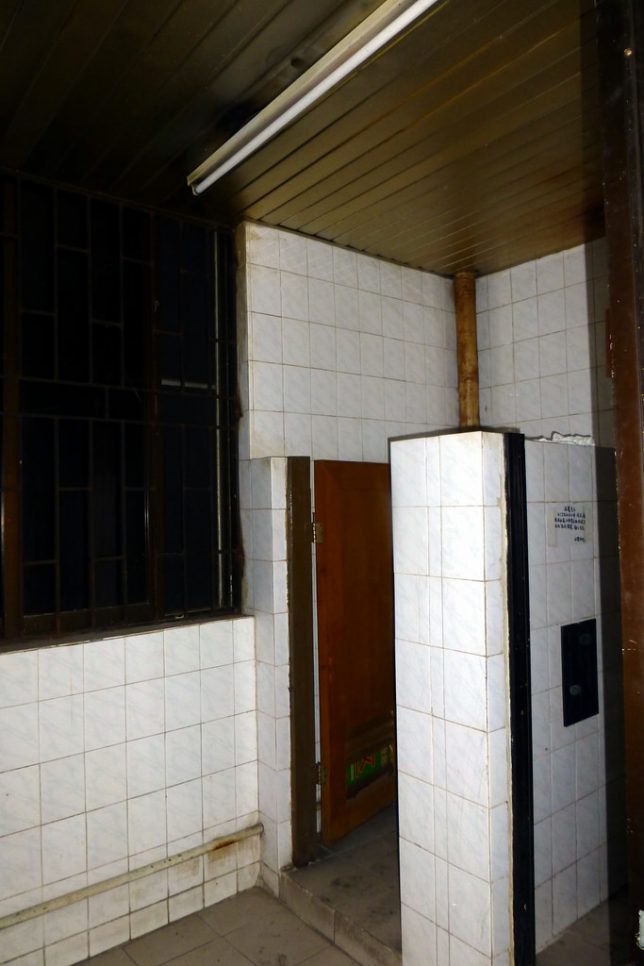 In its defense, the closed café sported a pleasingly painted “sky” ceiling to remind customers of the real world lurking just outside. A relative luxury was a bathroom – a vital necessity for those who spent far too much time sipping sweet soft drinks while chatting online with babes *all day*. Then again, if you’ve ever used a bathroom in China… ’nuff said. 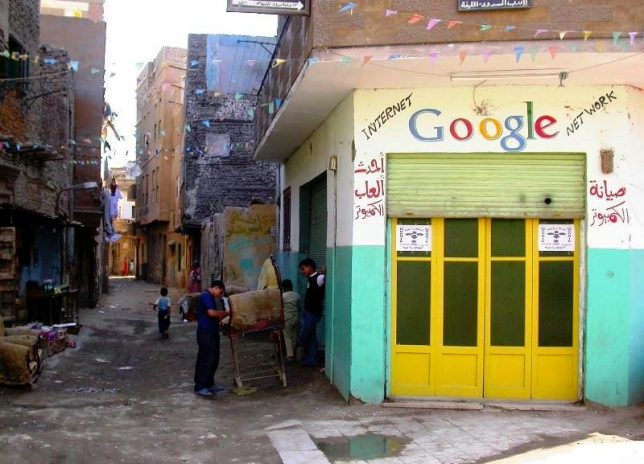 Sorry, Fat Man, searching online for a certain black bird at this Cairo, Egypt internet café is bound to arouse the wrath of Sam Spade, among others. Indeed, the self-titled “Google Internet Network” above is somehow – how do we say this – less impressive than one might have imagined. Speaking of which, one can just imagine the wrath of Google’s legal department when a photo of the pastel-painted enterprise appeared on their desktops. 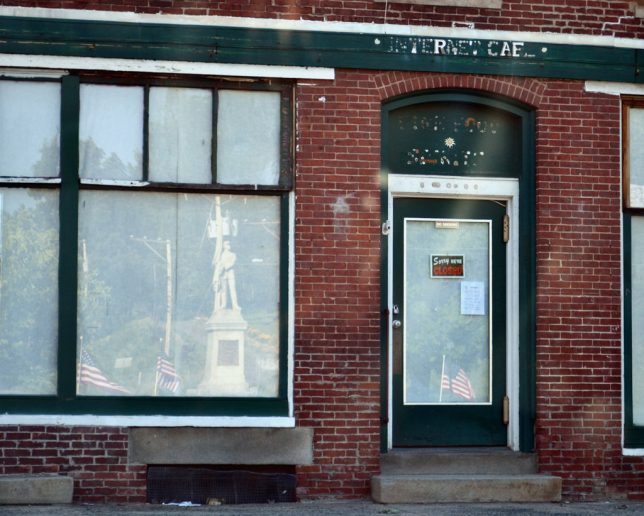 This generic abandoned “INTERNET CAF_” in Winchester, New Hampshire, still looks stately behind its aged brickwork patina. Unusual for an internet cafe, the front facade displays none of the garish graphics commonly used to advertise its existence. Surely there was a good (or bad) reason for such modesty, not that we’re implying anything by that. Incognito or not, the establishment “looked like it had been closed for a while” according to photographer and Flickr user rob v (r_dorissa), who captured the gently and genteely deteriorating ex-internet cafe on July 5th of 2014. 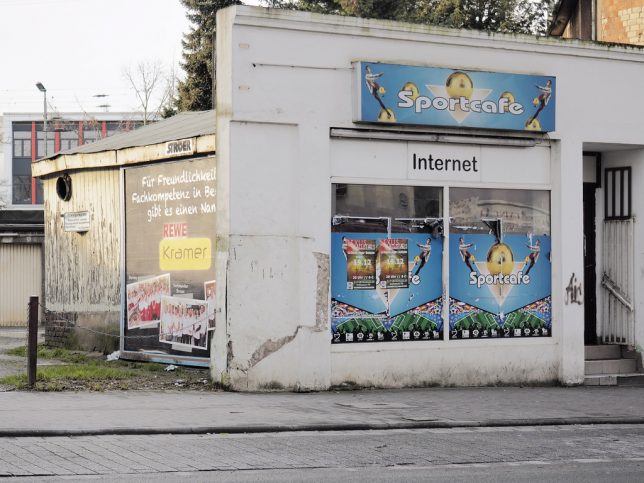 The slightly sketchy-looking “Sportcafe” in Recklinghausen, northwestern Germany, appeared to be a swell spot to discuss der Bundesliga with like-minded football fans online. Flickr user Dirk Stenzel snapped the hot spot on December 26th of 2014, commenting “hinter die Fassade schauen”, or “Look behind the facade…” Ve vonder vat Stenzel might be referring to.

Tanzania Is No Game 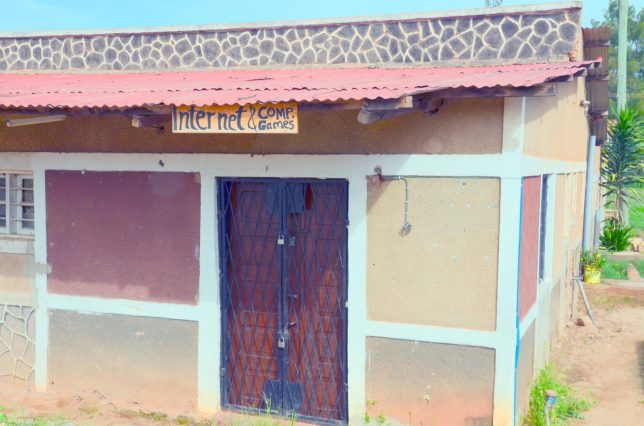 The internet has effectively shrunk the globe, putting people from Tanzania in touch with fellow gamers in Tarzana with the click of a mouse. Well, maybe not these people from Mkimbizi, a suburb of Iringa, Tanzania, as the local internet cafe was closed tighter than a sprung mousetrap. Iringa Hope posted the photo of Alfayo’s internet cafe in February of 2013 when it was “closed for remodeling”. Yeah, Alfayo, that’s the ticket! 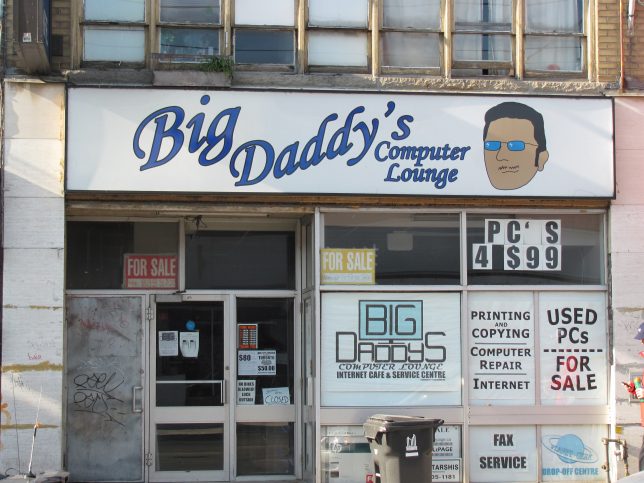 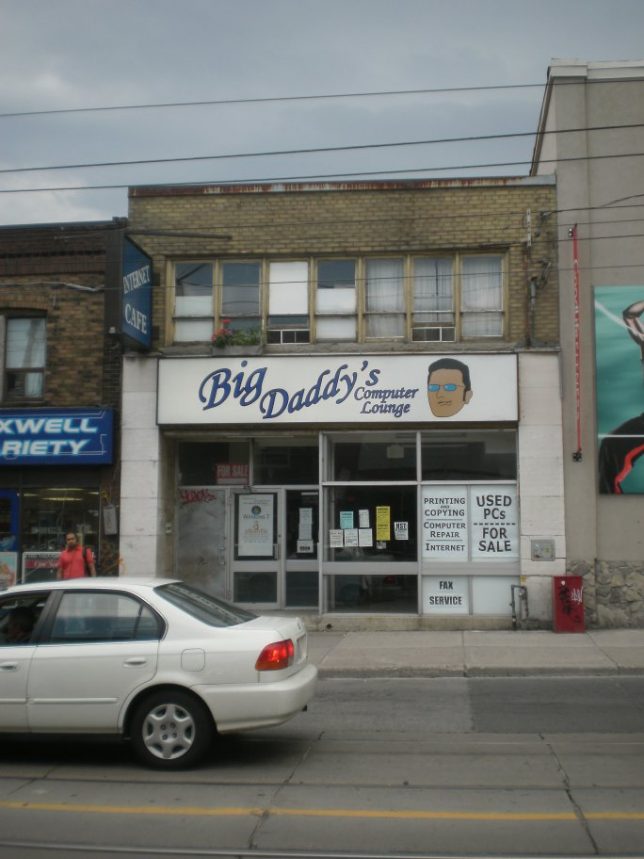 Who is Big Daddy, and what does he do? Well, we know he doesn’t run a “computer lounge” in downtown Toronto, at least not anymore. Kudos to Flickr user Randy McDonald (randyfmcdonald) and James Pedlar for capturing the former internet café in all its FOR SALE glory in August of 2010 and December of 2011, respectively. 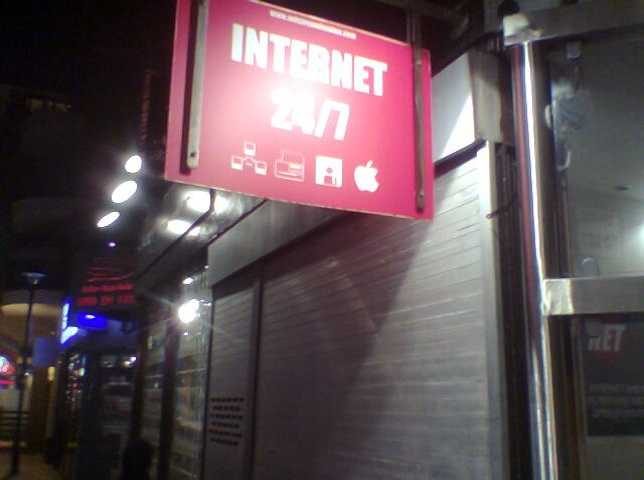 Flickr user Paul Tweedy (paultweedy) snapped the INTERNET 24/7 ‘net café on November 23rd of 2005, presumably in the evening unless the place was buried in the bowels of a dying mall – we’ll bet on the second option. The photographer himself has doubts about the sign’s implied promise of all access, all the time, asking “Are you sure?”. Apparently he’s sure… sure the sketchy café is shut for good.