We all understand intuitively that different urban layouts lead to different kinds of cities, but a new book analyzes these on a block-to-block basis to illustrate how this civic anatomy works on a cellular level. In Urban Being: Anatomy & Identity of the City, Robin Renner uses anatomical-style classifications to look at urban landscapes through a kind of giant microscope. 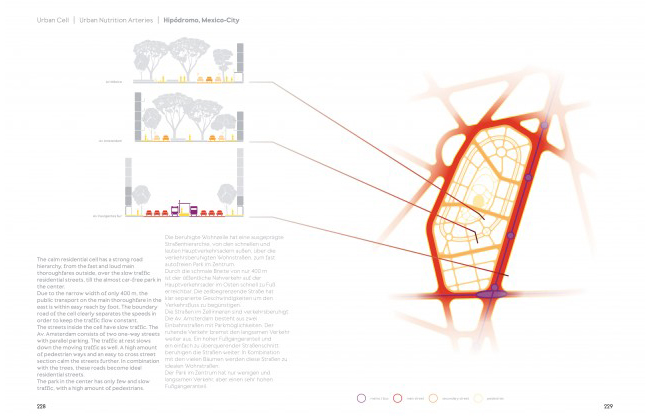 Overlaying use patterns and transit networks, the reader begins to understand what types of urban “cells” make for functional built environments. Think of it like genome sequencing: through it, planners and architects can learn how to identify problems and, in some cases, address them or head them off in advance. 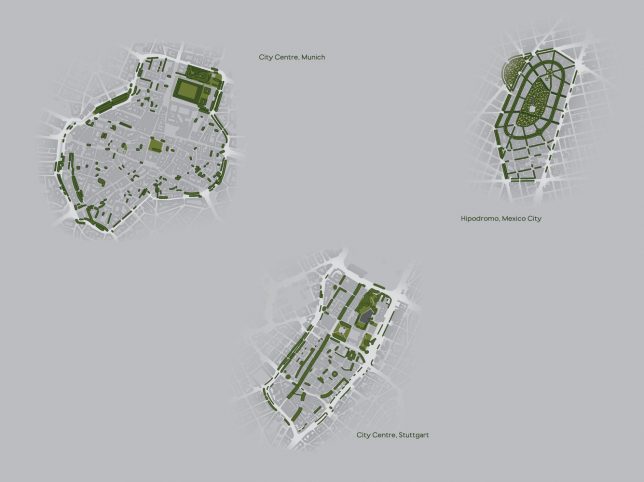 A combination of topography, transportation networks and design ambitions go a long way toward shaping cells in global cities, forming grids and networks familiar from satellite views of cities. All this in turn shapes the kinds of buildings and functions one finds within a given city. 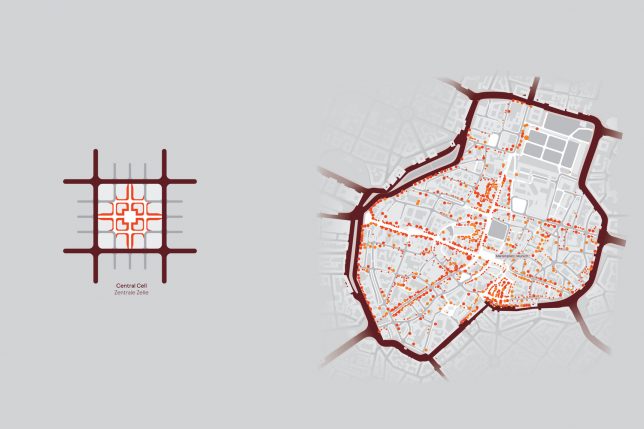 At the most basic level there are “block cells” made up of arterial routes — these tend to be packed with activity, though specific functions vary on long and short sides of a block (shorter are often busier). These are often found in financial centers of major metropolitan areas. 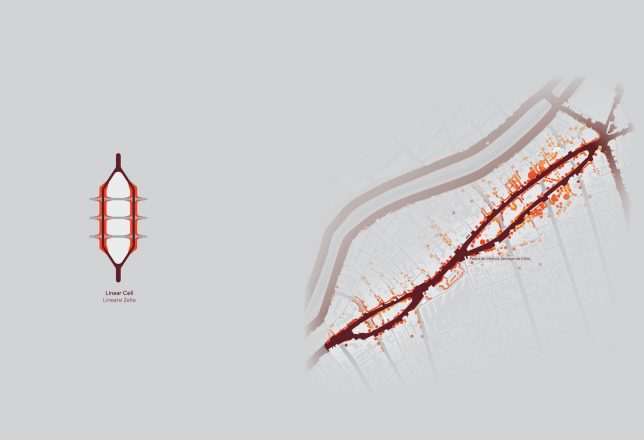 There are also “linear cells” where two single-direction roads pass one another, which can form the basis of walkable commercial hubs.

Inside “central cells,” where traffic is pushed to the periphery, pedestrians can dominate, generating demand for things like stores and restaurants. Barcelona, for instance, has been implementing a plan to turn sets of blocks into single superblocks, leaving central zones free of cars. 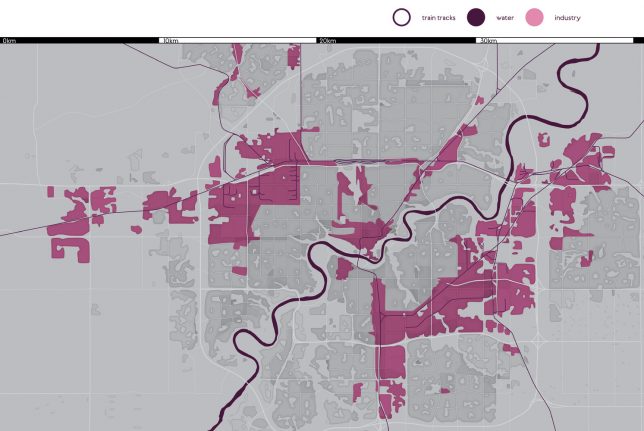 In the process of analyzing all of these types and how they work together in neighborhoods, Renner has devised some rules of thumb, like: residential cells should be between 1200 and 2400 feet across. Industrial cells, which often grow up around transit routes (railroads, rivers and lakes) can grow too big and isolated unless located close to worker housing or connected via public transit. These kinds of decisions, says Renner, can help cities keep a healthy balance of livability and functionality.

“There is a long tradition of comparing cities with organisms as they have similarities in their anatomy, explains the author. “But since cities are brought into life by the presence of people, they are less living beings than urban beings with their own identity. This is based on the behaviors, needs and requirements of the residents. In other words, the anatomy of the city informs its identity.”