When it comes to abandoned candy stores like these 11 examples, sweet has turned to sour quicker than toothache sufferers turn to their dentists. 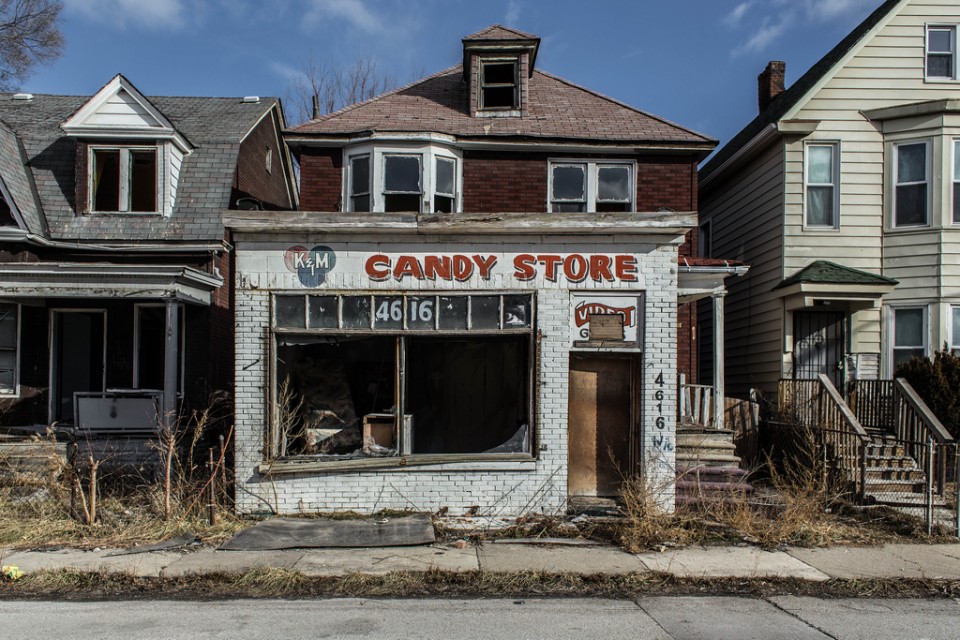 Whipsawed by the varying vicissitudes of a changing retail culture, macroeconomic trends and good old urban blight, traditional Mom & Pop candy stores are circling the drain and nobody’s standing by with a plug. Flickr user Bartosz Brzezinski (JohnnyGotHisGun) captured the sour state of one such example – the long-abandoned K&M Candy Store in Detroit’s McDougall-Hunt neighborhood – on December 30th of 2013. 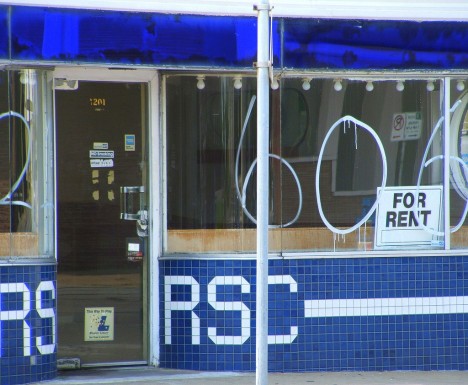 Remember the days when stores thought they’d last forever and thus spent lavishly on brand-specific frontages? Maybe Flickr user JJ’s (My Blue Dragon) shot of the abandoned Russell Stover Candies (“RSC”) store on Linwood Blvd in Kansas City, MO will jog some memories – if not a few fillings. Ironically, the KC Royal Blue & White tiled facade has held up remarkably well, which is much more than we can say about the store itself. 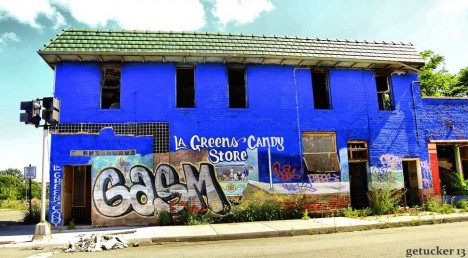 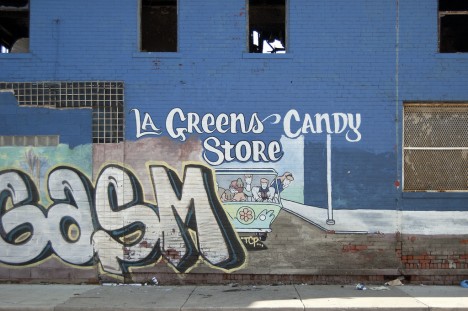 Contrary to any and all expectations, LA Greens Candy Store is neither green nor is it located in Los Angeles – 5477 Chene St. in Detroit, MI is where the abandoned store can be found. It also doesn’t sell candy anymore. The windowless and unoccupied (at least, not officially) building was snapped by Flickr users Gary Tucker and Modesto Speed (ClevelandSGS) on July 24th, 2013 and March 17th, 2002 respectively. 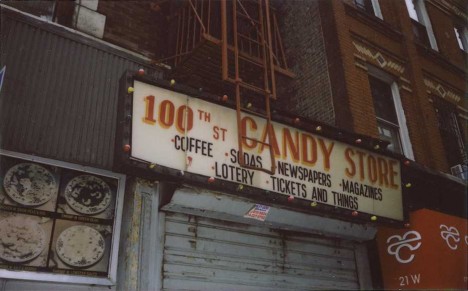 Methings the 100th St Candy Store in the heart of Manhattan’s East Harlem shoulda maybe stuck to its core competence… that being Candy. Kudos to Flicker user Jake Silby for snapping this shot of the abandoned store’s all-inclusive sign on November 28th, 2011.