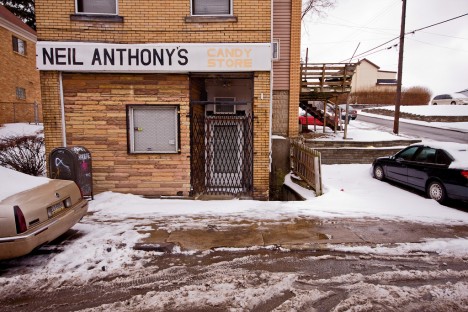 Is Allentown (on Pittsburgh’s south side) looking grittier than usual or is it just the miserable weather? Flickr user Randy Fox (congoeels) perfectly captured the warm and welcoming vibe exuded by Neil Anthony’s Candy Store on January 25th, 2011. Seemingly closed, abandoned and locked up tighter than a giant clam, the very-well-protected business must have looked rather sketchy even in its prime. 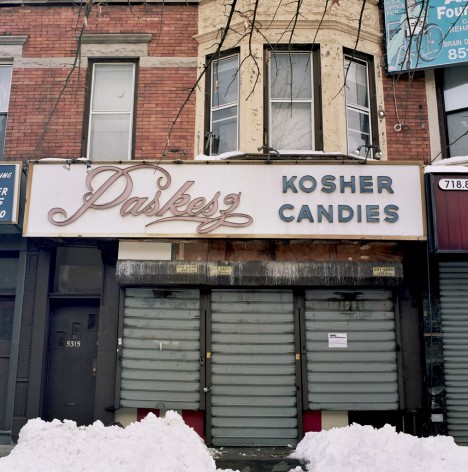 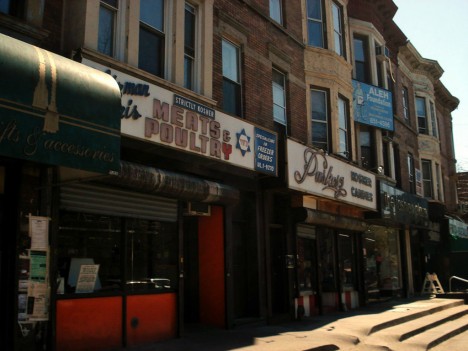 A Boro Park, Brooklyn landmark for decades, Paskesz Kosher Candies finally gave up the ghost though the company lives on at other locations and online. A tip o’ the yarmulke to Flickr users Robert S (Robert S. Photography) and 12th St David for the above photos, the topmost of which was snapped on January 29th, 2011 shortly before the store’s sign was taken down. 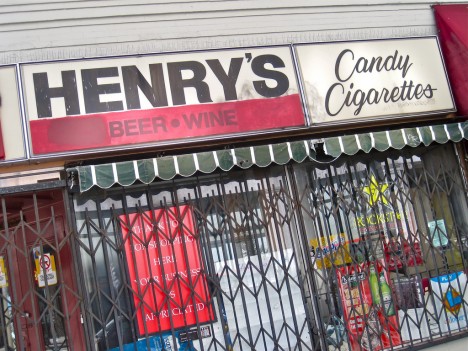 Flickr user Robby Virus captured the above closed – if not quite abandoned – candy store on September 5th of 2011. If the sign is anything to go by, Henry’s was once your one-stop-shop for beer, wine, cigarettes and candy… a virtual smorgasbord of vices and food groups under one roof! The downtown San Francisco (corner of Mission and Second) store seems to have shifted its focus onto just sweets & smokes. Hey Henry, doncha know candy is dandy but liquor is quicker?