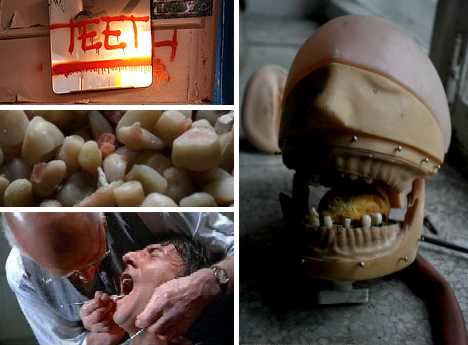 These nine creepy abandoned dentist offices feature chairs even a weary marathon man wouldn’t sit on. Listen to your inner drill sergeant, this will hurt a bit! 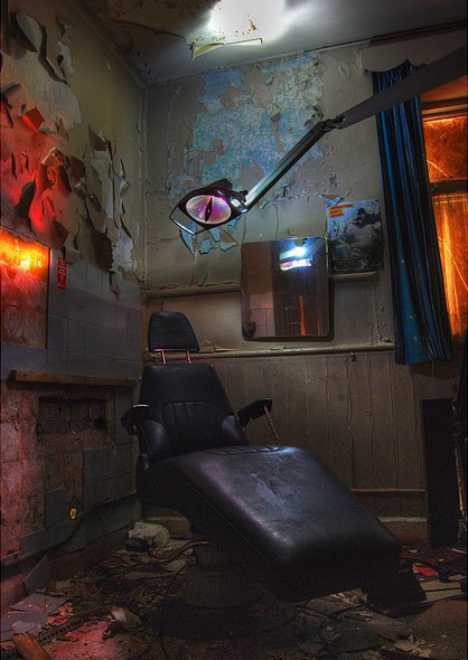 The Adel Reformatory in Leeds, England opened in 1857 and parts of the complex were still being used until 2004. One hopes the drab, dreary and debris-cluttered dentist office above was abandoned as early as possible. Kids, stay in school… but not a reform school, and especially not if you have a toothache. 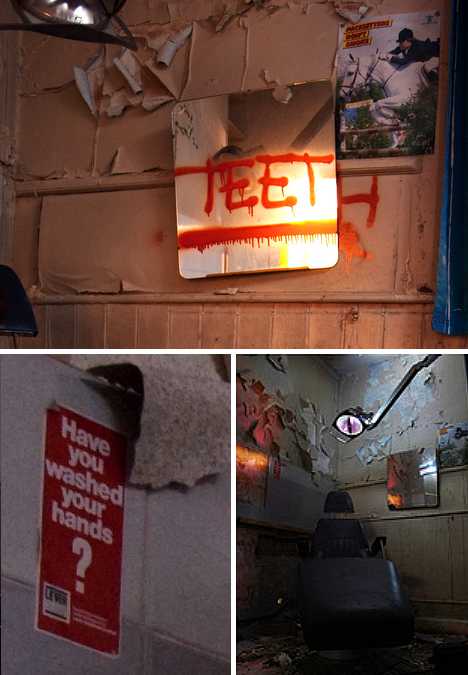 Kudos and congrats to Flickr user Mexico75 for not only capturing the decrepit Adel Reformatory dentist office but for lighting it in such a way that promises unimaginable doom to anyone brave (or foolish) enough to sit in that chair. 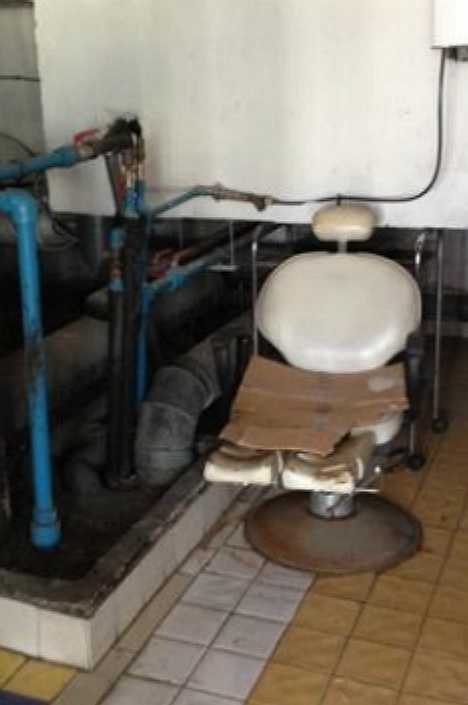 There’s nothing worse than having a dental emergency while traveling in a strange foreign land, amiright? There are degrees of “worse”, however, and the de facto dental office just next to the gym at the Le Palace d’Anfa Hotel in Casablanca, Morocco takes that degree right off the dial. As for the Le Palace d’Anfa Hotel itself, TripAdvisor recommends tourists “avoid this hotel” regardless of the status of their teeth. 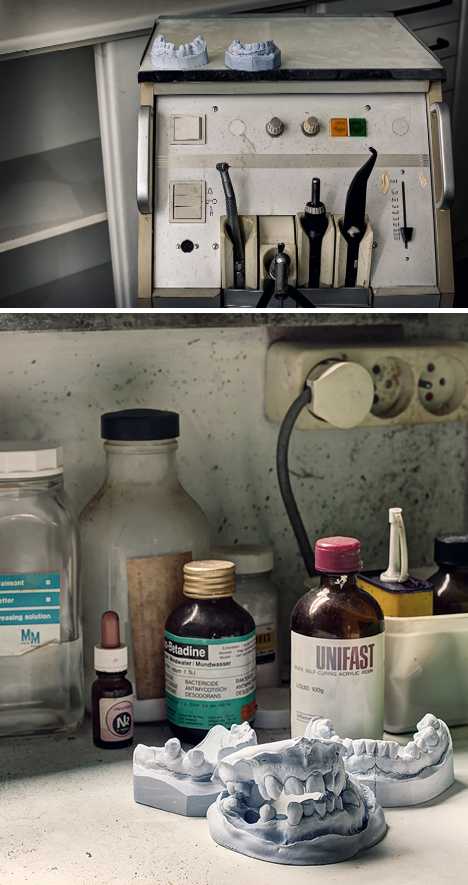 (images via: Day Of The Dead)

This abandoned dentist’s house in Belgium doesn’t look too bad, though one can be certain it’s never going to look any better than this. Located in the home’s working basement, the office appears to have been left suddenly and in great haste by the owner, who never bothered to return for his equipment or teeth molds. 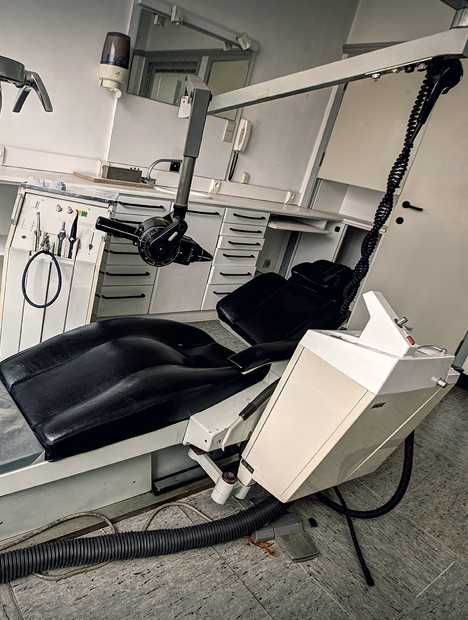 (image via: Day Of The Dead)

The reclining dentist’s chair was obviously designed for comfort and support but as we all can attest, true relaxation in this situation requires plenty of novocaine and nitrous oxide. One thing’s for certain, a trip to this or any dentist is never “boring”… unless you’ve got a cavity that needs attention, that is.