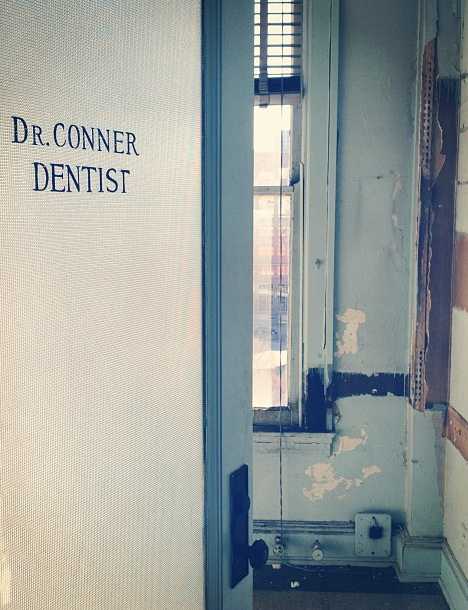 Dr. Connor’s dental office was “terminated”, you say, without even a “Hasta la vista, baby”? There’s not much info on this shuttered practice but one can use their imagination to guess what’s to be found behind the open door… and if you guess “Dr. Connor”, you’ve seen too many horror thriller flicks. Credit goes out to Flickr user Mol_ for this disturbingly evocative image. 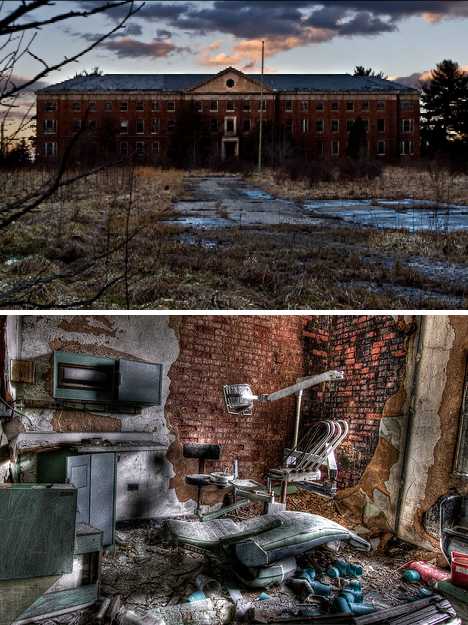 Its innocuous name aside, the Forest Haven children’s psychiatric hospital in Laurel, Maryland sounds like a terrible place to grow up in, and it was: the facility gained an unsavory reputation for poor living conditions, abuse of patients and even unauthorized medical testing! One can only imagine what a trip to the on-site dentist would have been like for any one of these already-traumatized children. 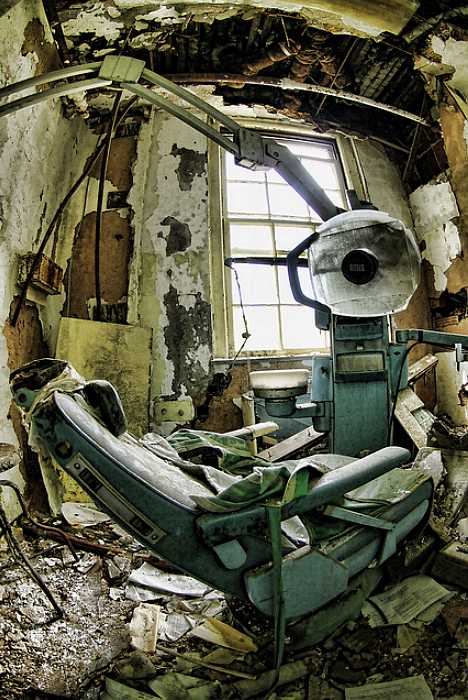 Forest Haven closed its doors in 1991, succumbing to the double-whammy of mounting patient lawsuits and the era’s reduced use of and demand for so-called “lunatic asylums”. It’s doubtful anyone regrets the place being abandoned, besides the bughousers (staff orderlies) and of course, the dentist. 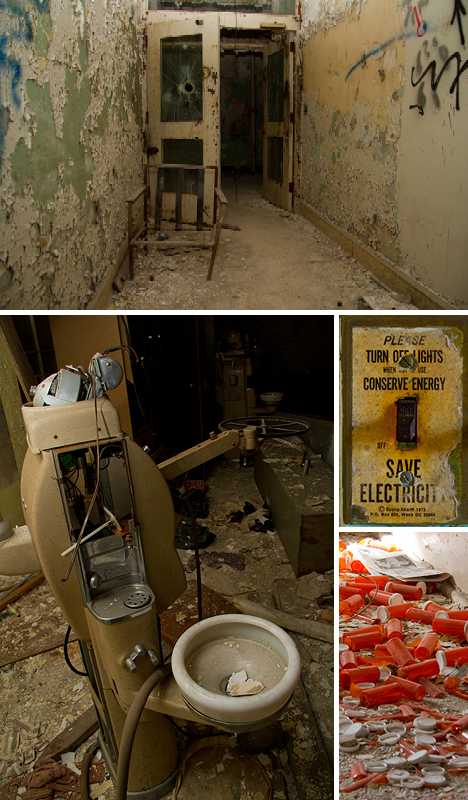 (images via: That Lala Girl and DSP)

The Letchworth Village “state institution for the segregation of the epileptic and feeble-minded” in Thiells, New York opened in 1911 and closed, to the great relief of many, in 1996. While the facility has an abundance of black marks against it, one positive bit of trivia notes that the first trial use of polio vaccine in the United States was administered to an 8-year-old patient on February 27th of 1950. 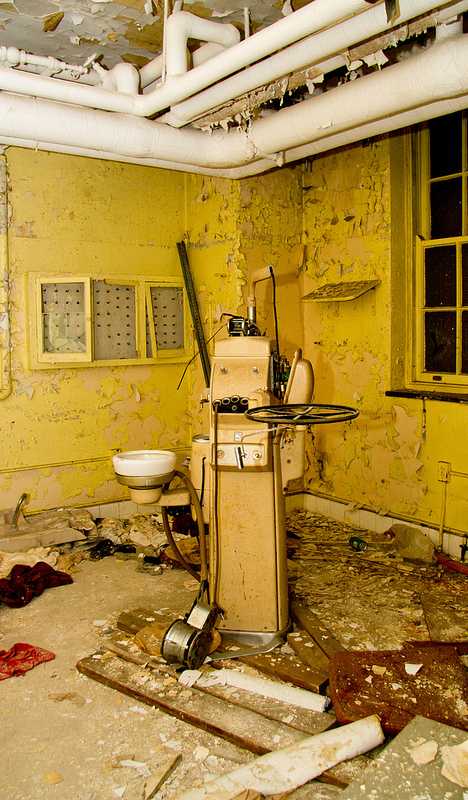 A long, long time ago, in a dental office far, far away… this droid-like Ritter dental equipment stand stands ready to fill in for R2D2 should Disney ever decide to make Star Wars: The Amalgam Fights Back. Hey, we’d pay to see that and you would too, especially if it’s shot in 3D and the theater offers free shots of novocaine. A tip of the hat to Flickr user Elrina for capturing this sorry scene in all its yellowed glory. 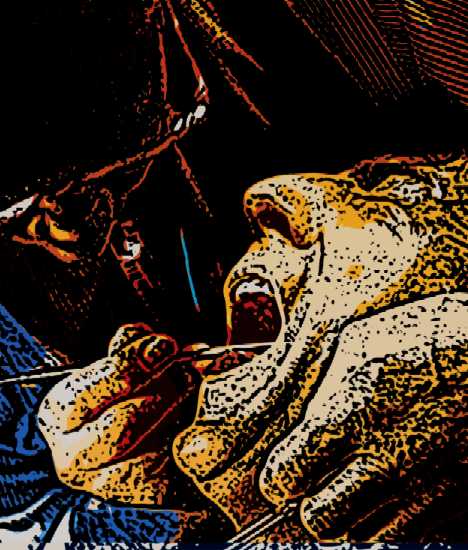 A visit to the dentist, even for a routine teeth-cleaning, isn’t something the vast majority of us look forward to and the grim images of a different sort of dental decay probably won’t help matters. With that said, exploring such sites whether in person or vicariously through the images captured by intrepid photographers is comparatively painless and, as the old cliche goes, “won’t hurt a bit”.