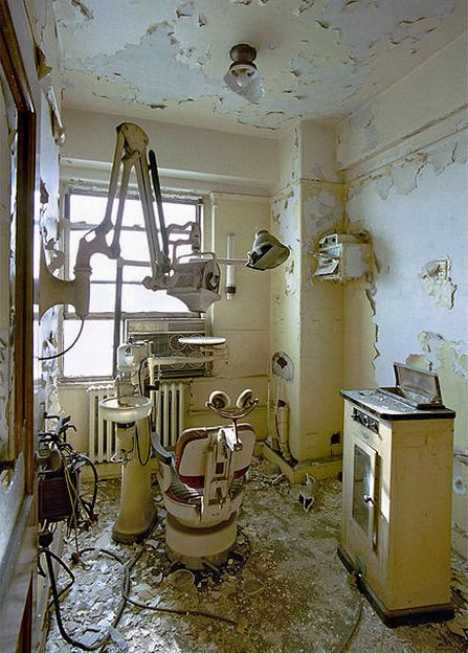 Detroit, Michigan is so big and so abandoned, urban explorers can easily find examples of post-apocalyptic decay encompassing just about any category… including dentist offices. Here’s one that doesn’t look too bad; at least compared to other abandoned areas of the Motor City. You can find it on the 18th floor of the David Broderick Tower, but why would you want to? One last question: what happens to the Cobalt-60 radioisotope particle generators inside old abandoned x-ray machines? 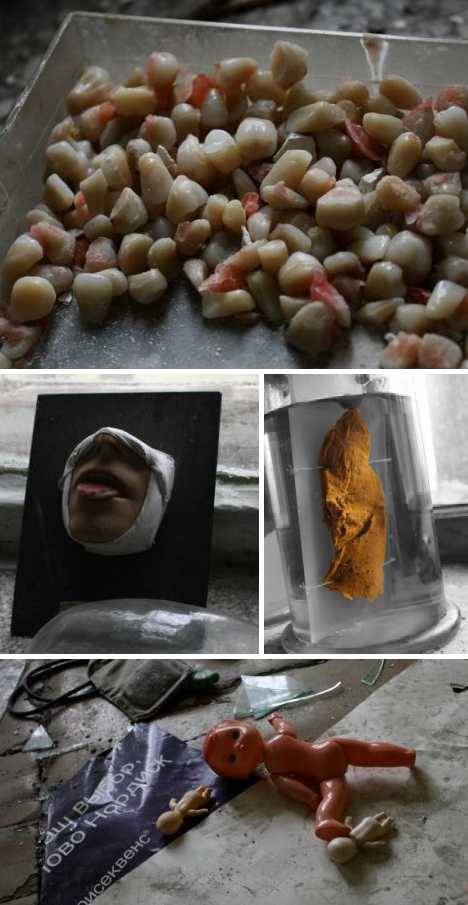 The nabobs at English Russia call this abandoned Soviet-era dental college and clinic somewhere in Russia “The Creepiest Of The Abandoned Buildings” and really, who’s gonna argue the point? In addition to a carload of scattered (and probably salvageable) dental equipment, the building has other, less obvious contents that both invite and defy speculation as to their origin and use. 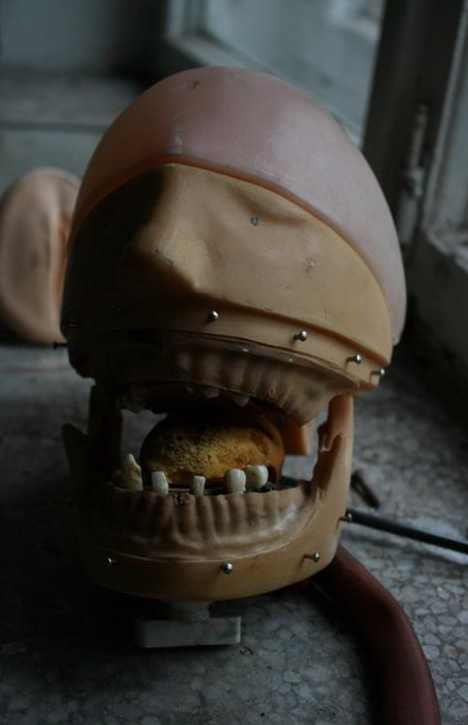 We’re not sure what this is, what it was used for, or why it was abandoned… OK, that last one is kinda obvious. The good news is that it’s far, far away in an abandoned ex-Soviet dental clinic. The bad news is that you’ll be seeing it up close & personal in your nightmares tonight. 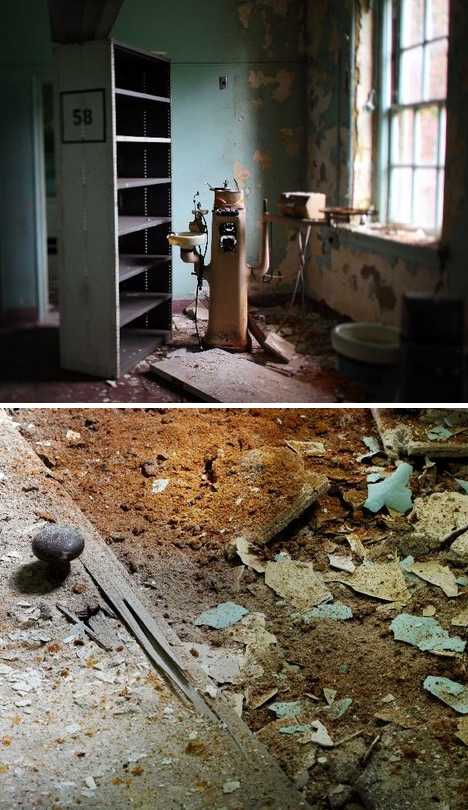 (images via: The Commercial Appeal)

The Marine Hospital in Memphis, Tennessee isn’t actually abandoned but boy does it look it! The historic complex opened in 1884 and though presently unused and seriously deteriorated, is scheduled for renovation at some point in the future. For the moment, though, the building interiors including the dental clinic in Room 243 display a riot of peeling paint and contain state-of-the-art equipment frozen in time, caked in dust. For more images depicting the shocking state of this national treasure please visit Walter Arnold Photography‘s 17-photo set.