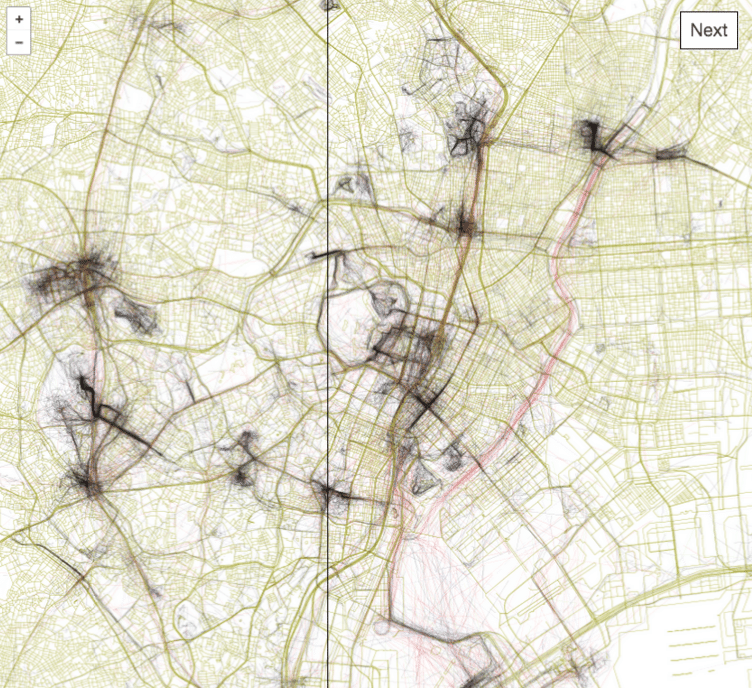 Tapping into geo-tagging data and the collective wisdom of photographers, you can use this interactive tool to follow in the footsteps of those who have mapped out the most beautiful routes through cities. Click to pan and zoom through London below: 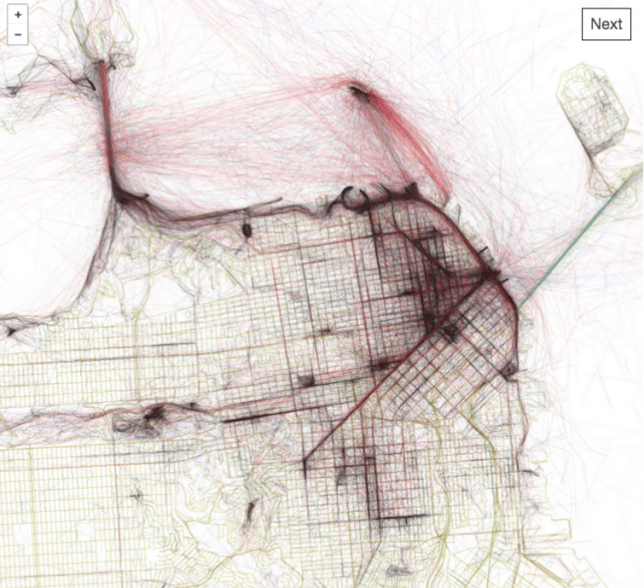 The result is the Geotaggers’ World Atlas, a data-driven compendium of paths to take through cities. It is more than just a connection of dots — Fisher’s interactive guides specifically highlight trajectories from one image to the next. 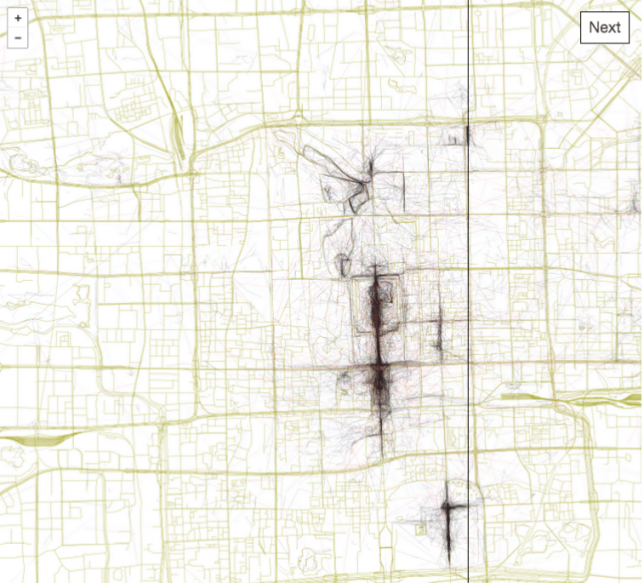 “It signifies that people went there in the first place,” he says, and “saw something worth taking a picture of, and put the extra effort into posting it online for others to appreciate. And a sequence of photos along a route is even more significant, because it indicates that someone sustained their interest over distance and time rather than taking one picture and turning back.” 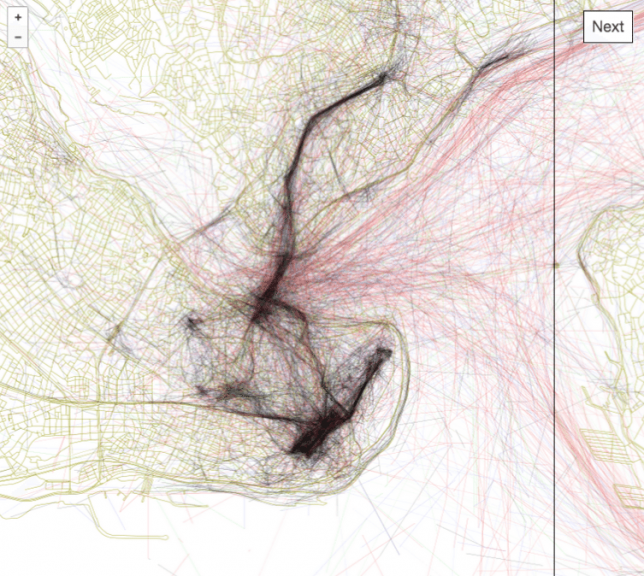 The results are predictable in some cases, tracing lines between major landmarks, but often show side routes off of beaten tourist paths where keen photographers have found fascinating architecture and landscapes worth documenting along their way.