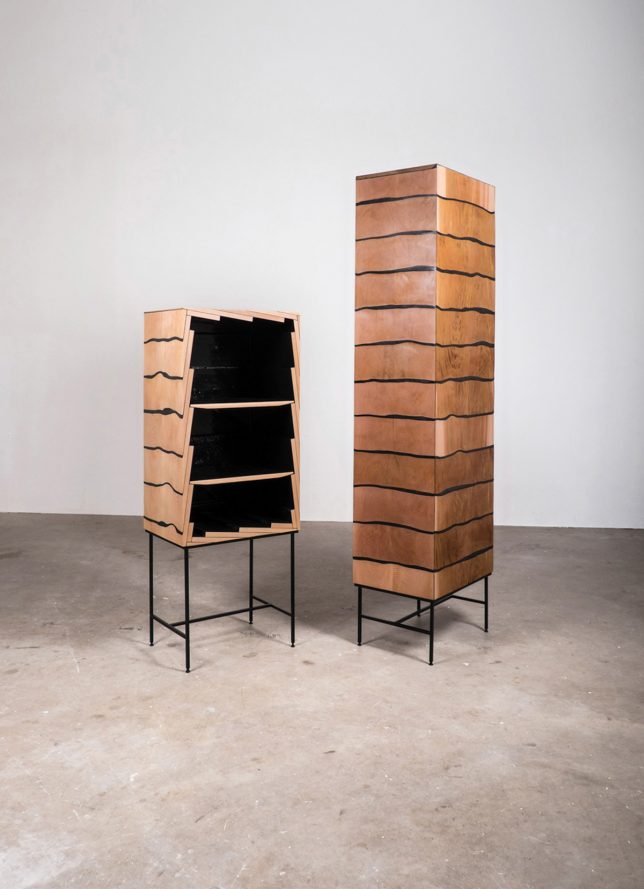 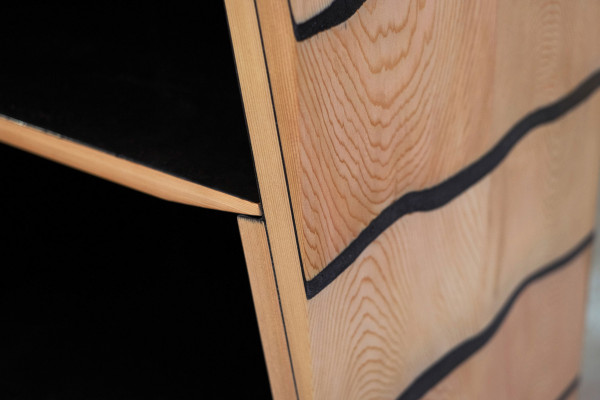 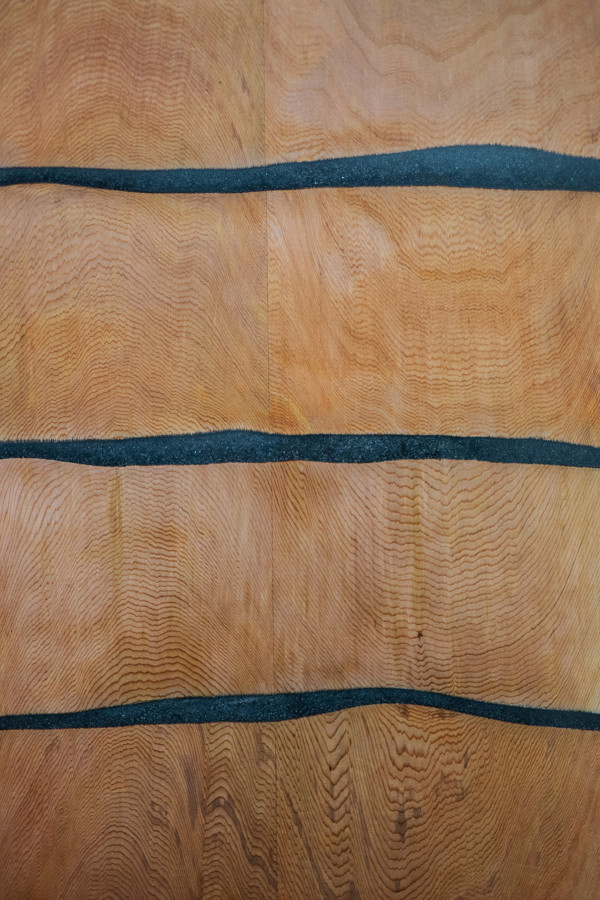 Overlapping pieces of wood joined with a tarry black resin give the Fuse cabinet the look of a tiled roof, a technique not often seen in furniture design. Studio Truly Truly mixed powdered black basalt into clear resin to achieve this gritty tint, and once it was all assembled, they sanded the exterior at irregular angles for a seamless appearance. The overlapping individual pieces of wood are only visible from the inside. 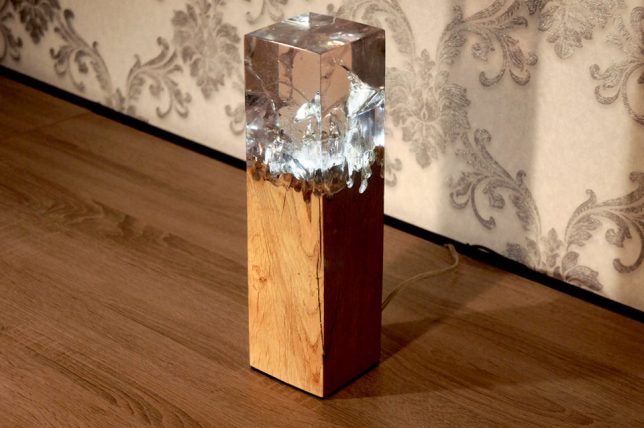 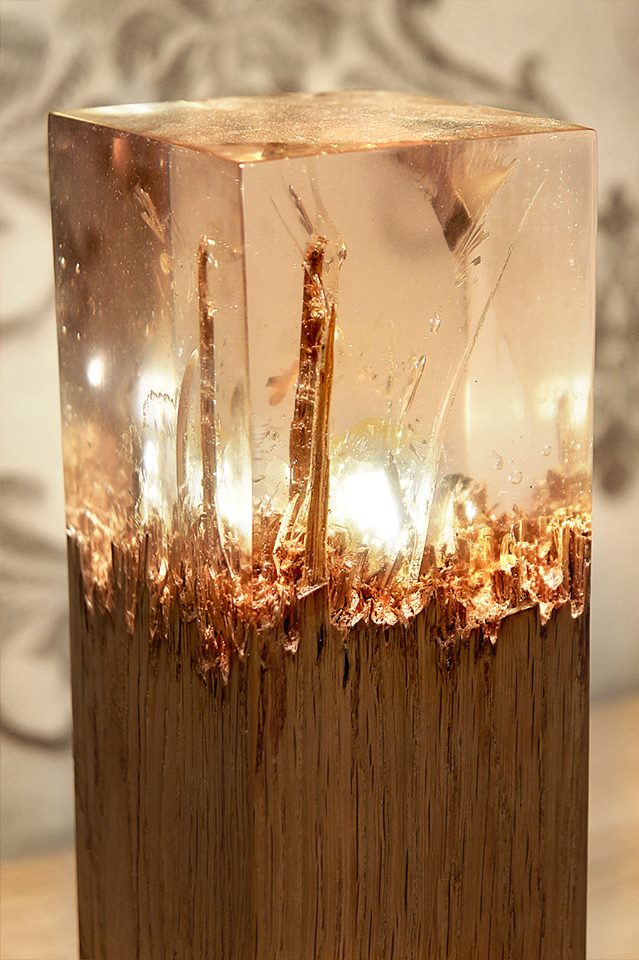 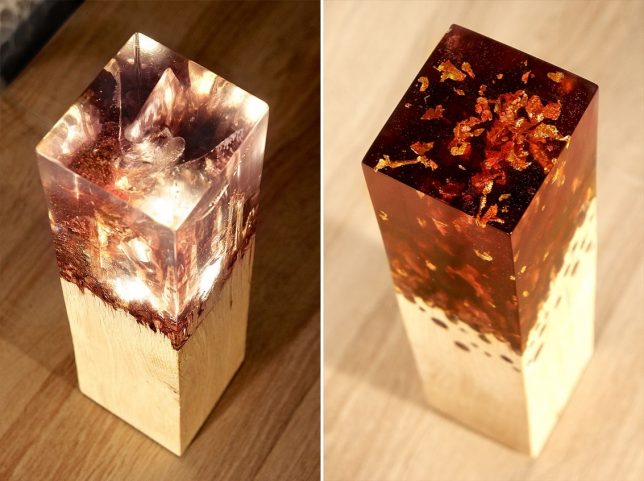 Smashed chunks of wood are not only made whole again with the addition of tinted resin, but also transformed into lamps thanks to embedded LED bulbs. Says designer Eduard Locota, “The unnatural union between wood and acrylic glass, a fusion between marble, wood, resin or light, embrace and complete each other in a surreal way. A variation of ancient (Japanese Shou Sugi Ban) and modern techniques, with special coloring create a spectacular interior. A minimalistic luxurious exterior, with a violent and destructive interior. Everything materially unnecessary was eliminated, and all emotions were frozen in time.” 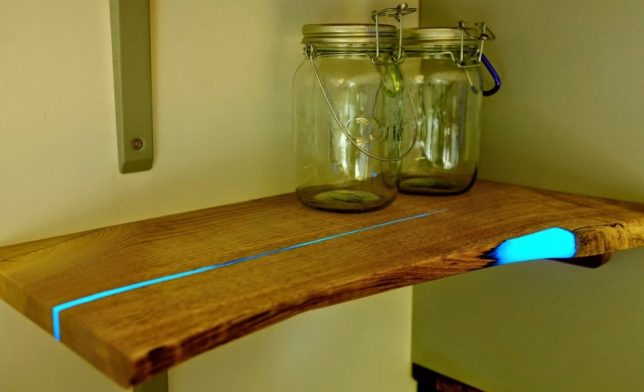 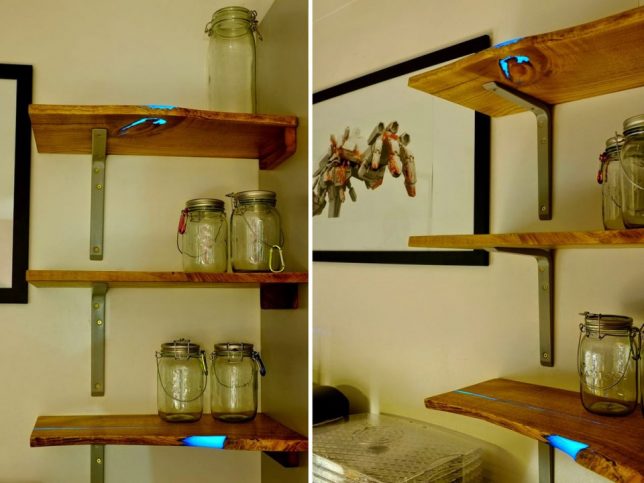 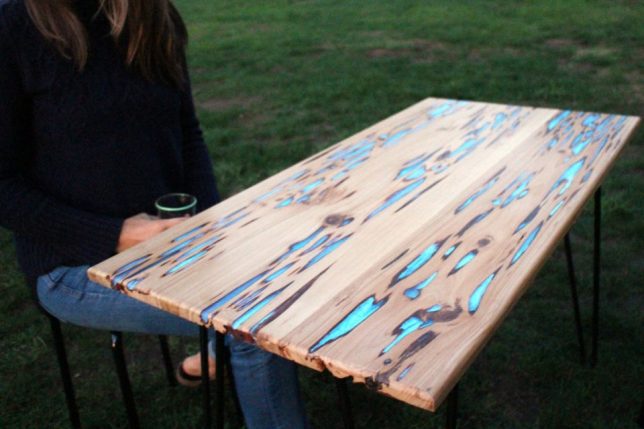 Carpenters Matt Brown and Mike Warren both independently discovered the joys of mixing glow-in-the-dark pigment into resin for an unusual way to fill in the voids of wooden furniture. Brown added resin to the space around knots in shelving, while Warren used it to fill in the natural separation gaps found in certain species of cyprus for his ‘Glow Table.’ 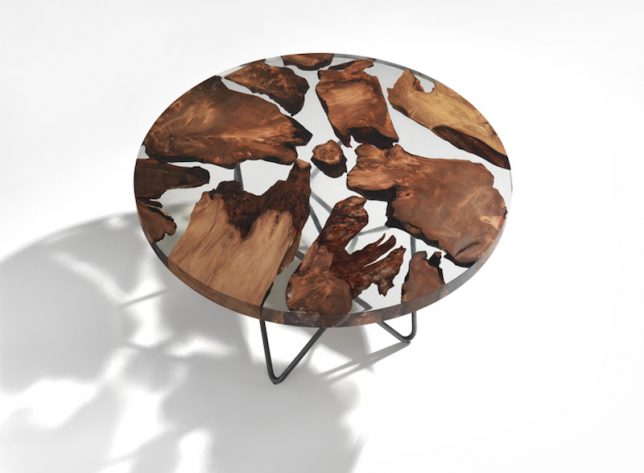 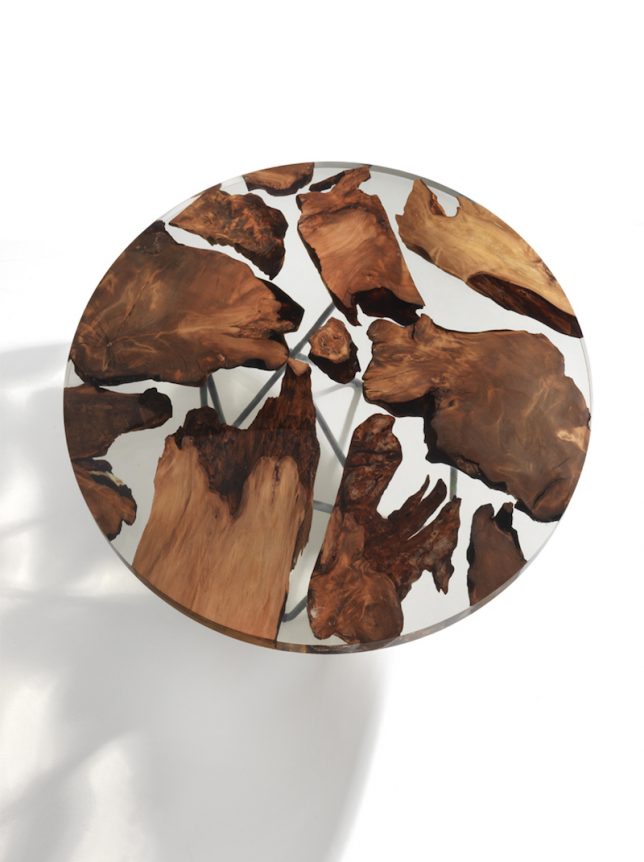 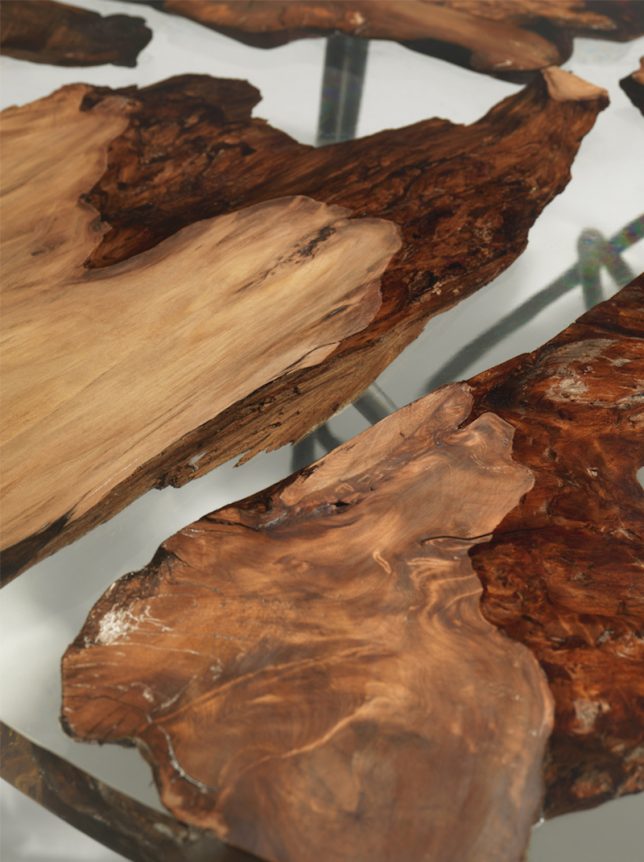 50,000-year-old wood serves as the base for the incredible EARTH table by Italian furniture design firm Riva 1920, who preserved it with resin. Found only in New Zealand, the extremely rare Kauri wood is made from prehistoric trees that grew for up to 2,000 years before being buried and preserved in peat. The design firm assembled pieces of it into a circular mold, added resin for an effect that calls to mind continents among the oceans, and set it on a base designed by Renzo Piano.