Nothing about the hazy sunlight, languid motion of a tire swing, branches blowing in the breeze or puffy white steam pouring out of a factory chimney gives you any idea that the scene you’re looking at fits on a tabletop. Not only is this landscape a miniature – it’s made out of ordinary household objects and materials. Artist Matthew Albanese uses salt, sugar, flour, sticks, moss and other easily procured items to craft stunningly realistic tableaus, but for the first time, he’s incorporated movement, sharing a video.

‘The North Jersey Din’ is a moving version of a tree that Albanese has frequently used in a series of images called ‘A Tree in My Backyard.’ The attention to detail that went into this work is pretty incredible. In order for the miniatures to look realistic in the final images, Albanese employs a mix of techniques perfecting the scale, depth of field, white balance and lighting. 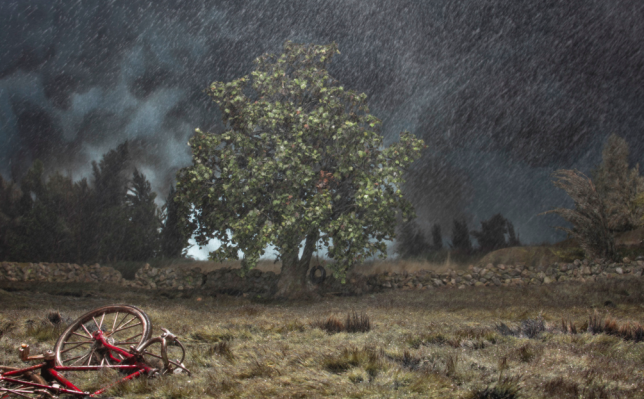 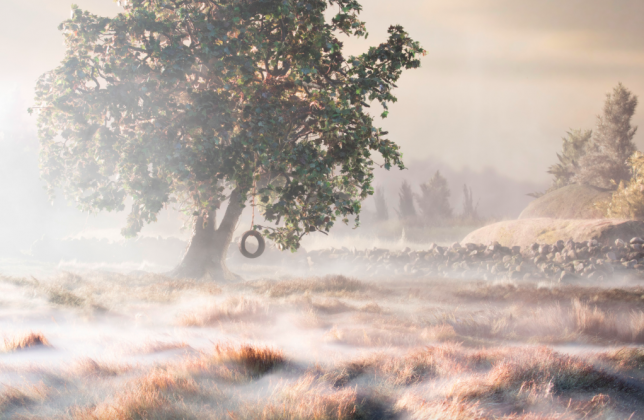 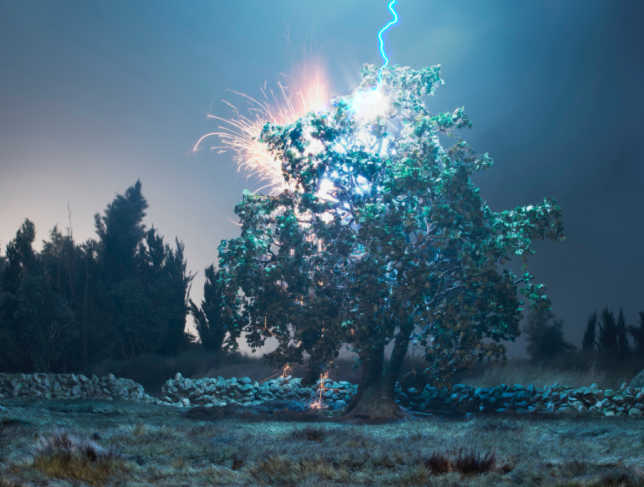 “This video is my first attempt at creating a moving miniature. Everything is designed for movement. The tree itself is made from brass tubes soldered together with springs at every joint. The leaves were die punched and machine cut, each threaded one by one. This video was filmed with just an iphone set to slow motion at 240fps. The audio is a set of recordings I made in my backyard capturing the sounds of the typical North Jersey Din.” 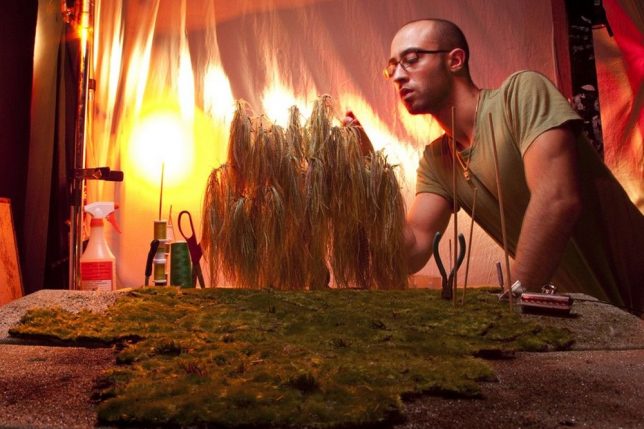 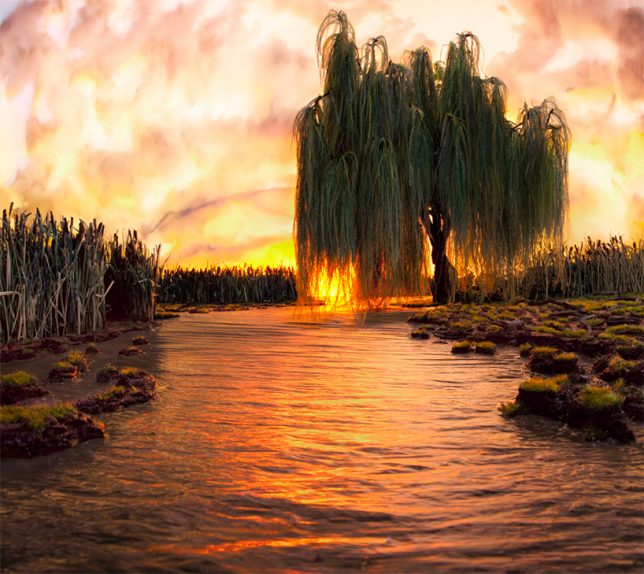 On his YouTube channel, Albanese also shared a video that captures four months of work in 33 seconds. ‘Making of a Promised Land’ is a time lapse of stills documenting the construction of another diorama, giving us an idea of just how much work goes into creating a single one of these photos. 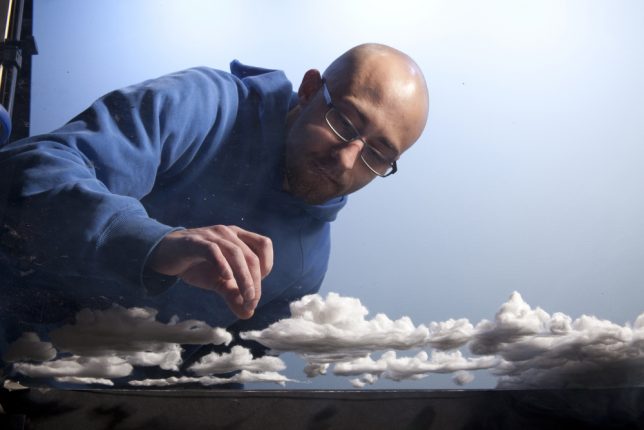 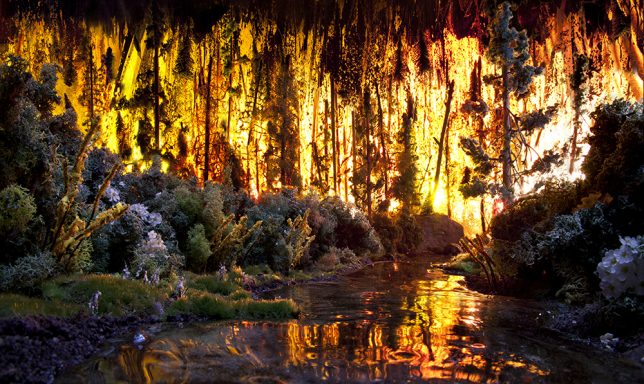 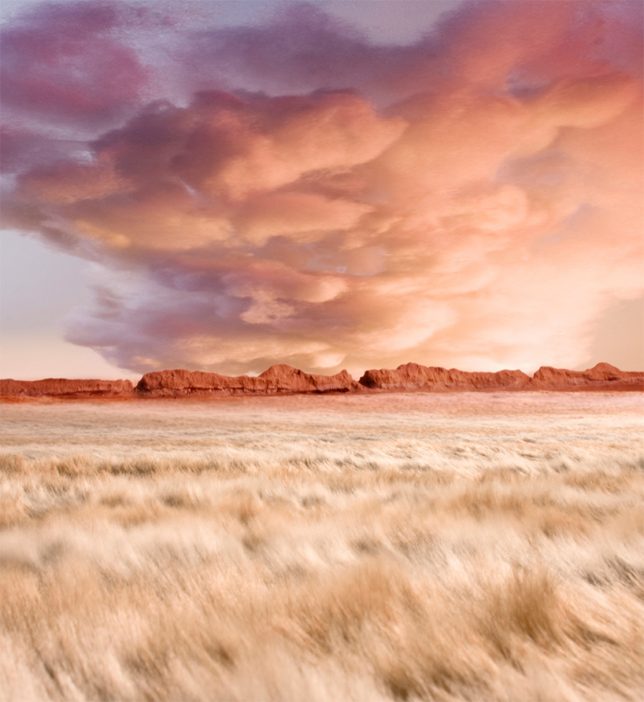 Some of the scenes use materials you’d never expect, like faux fur standing in for the fields and sifted tile grout for mountains in ‘After the Storm,’ above. Among the items used in ‘Wildfire’ were cooked sugar, Scotch-Brite pot scrubbers, yellow glitter, clear garbage bags and party bulbs. Click on individual works on his website to see more behind-the-scenes images.