Enormous creatures crouch in a historic building in Sheffield, England, as street artist Phlegm brings the signature style he developed through years of illustrating black and white comics into three dimensions. “Mausoleum of the Giants” is a large-scale sculptural installation featuring many of the same characters Phlegm has brought to life in other mediums, including murals all over the world. 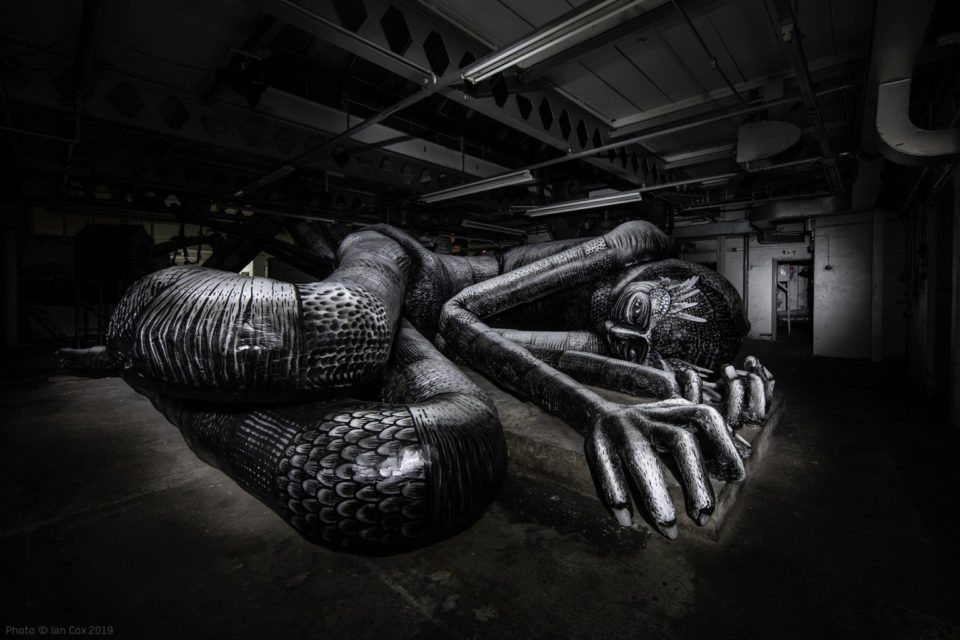 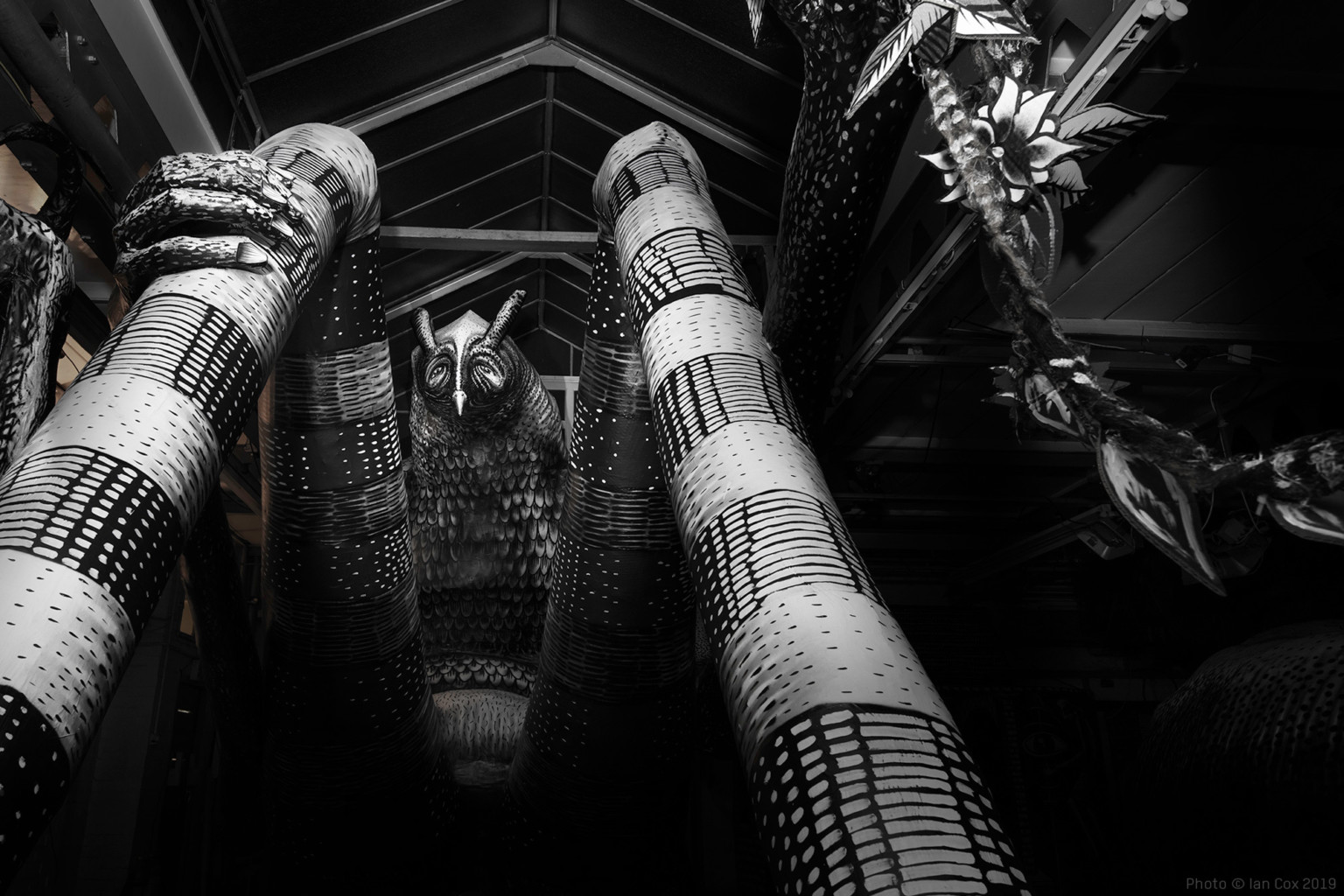 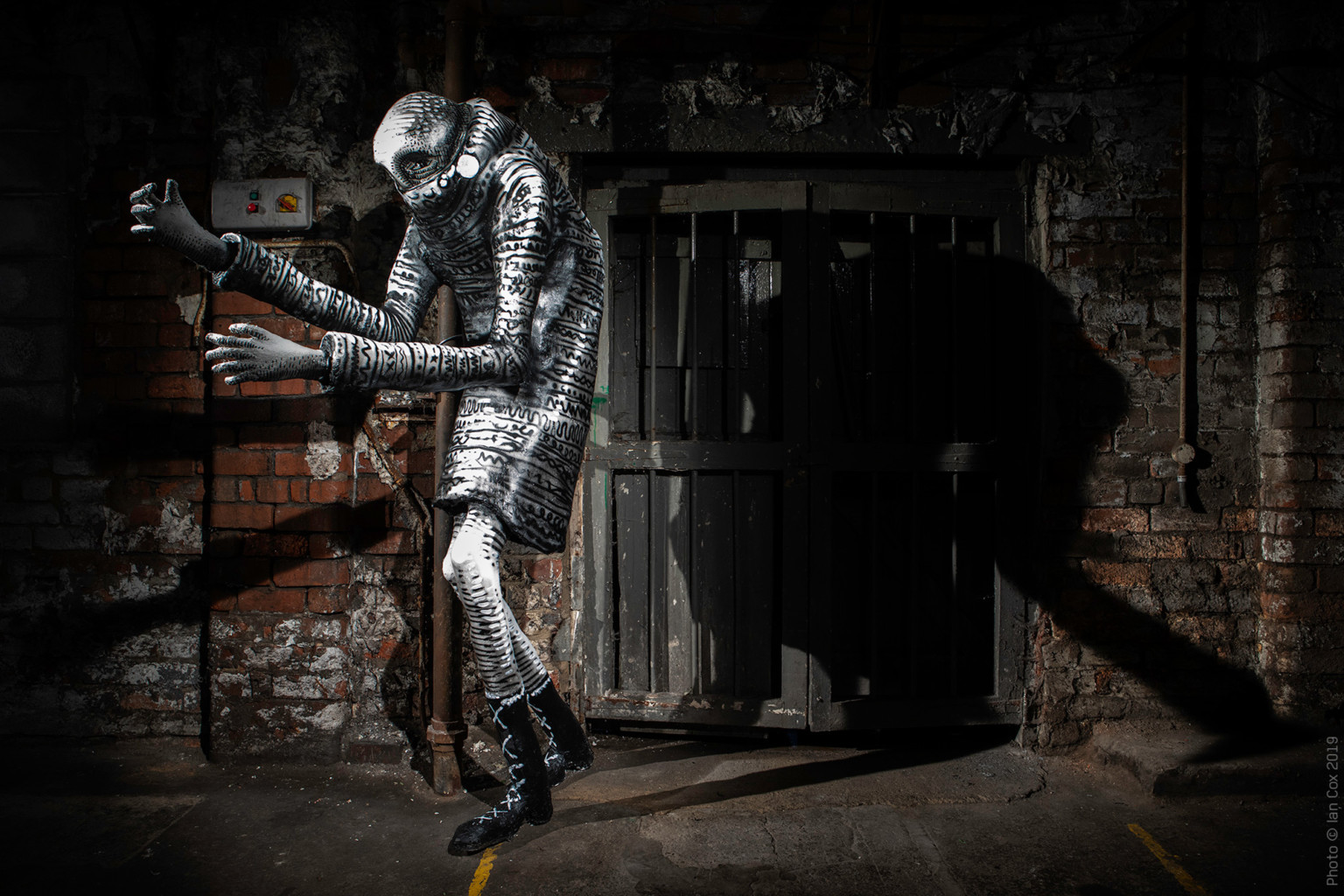 Last time we checked in with Phlegm (way back in 2011) the artist said he was feeling a bit disillusioned after getting “sucked into the art machine” and decided to only produce art that was made by his own hands, with no shows planned in the foreseeable future. Eight years later, after adorning countless building facades with fantastical creatures and scenes, he’s clearly ready for bigger and better things. Last year, he said he was feeling energized, noting “I’ve unlocked something and feel more driven than I think I ever have.” It looks like this show is part of that burst of energy and inspiration. 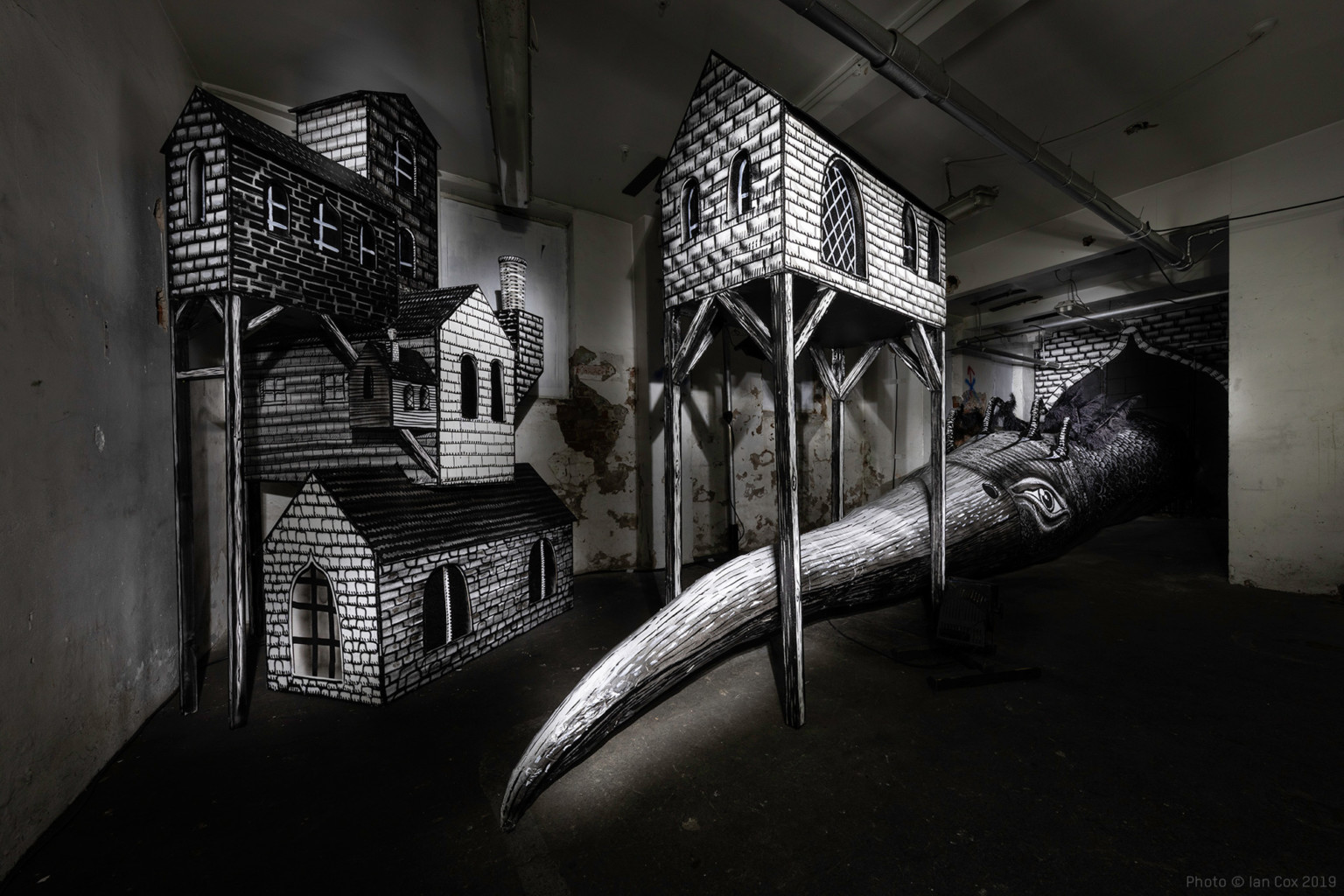 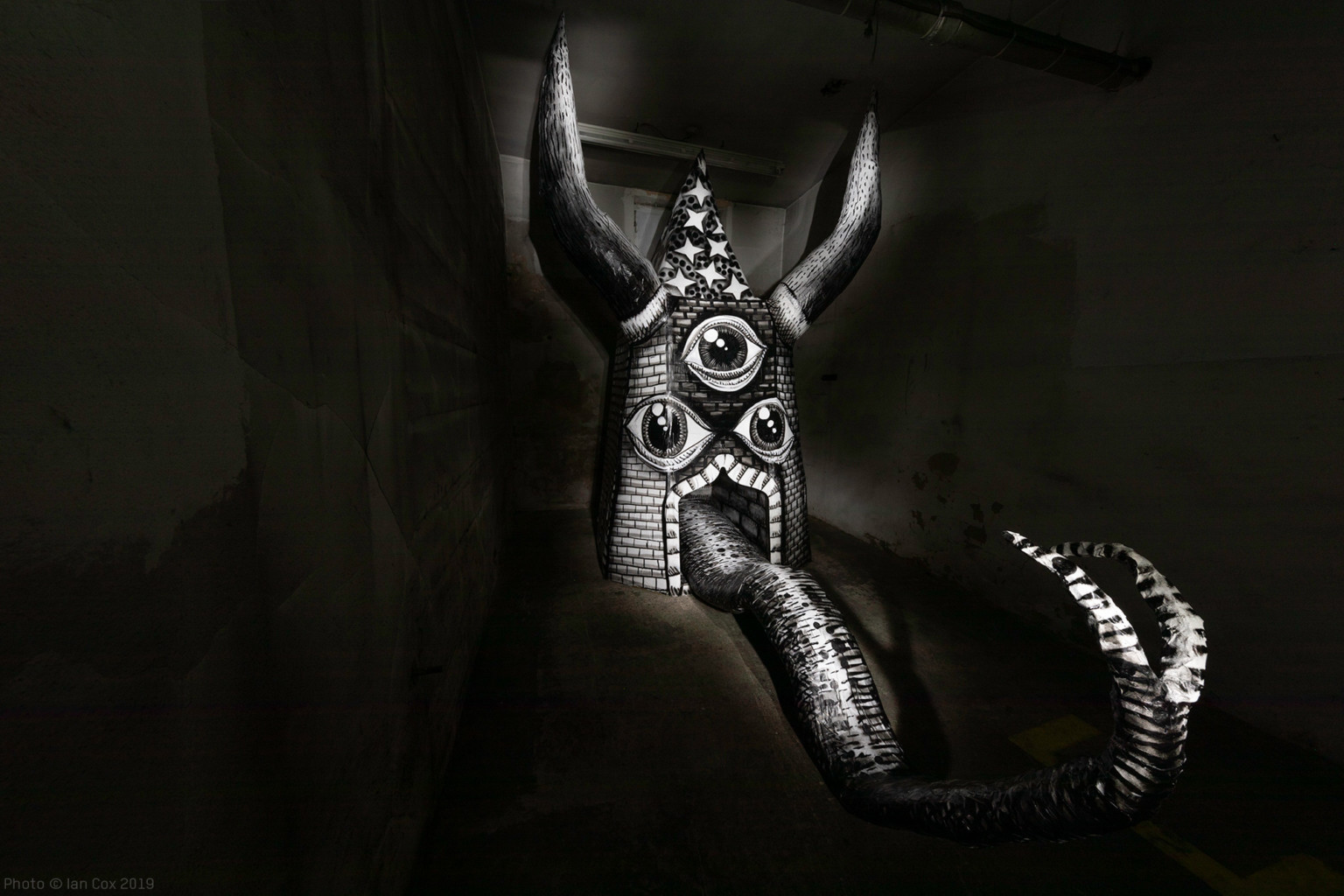 Here’s a clip from our behind the scenes coverage of Phelgm / @phlegm_art in Sheffield. You can check full length on our Youtube (link in bio) or IGTV. What a show!!! . . . #phlegm #phlegmgiants #phlegmstreetart #streetart #instavid #vlog #vlogger #illustration #fifthwalltv

Set within Eyewitness Works, a restored 19th century brick building that once housed craftsmen producing pocket knives and other cutlery, “Mausoleum of the Giants” almost feels like an invitation into the artist’s mind, allowing visitors to roam around and view colossal sculptures from all angles. It’s always exciting to see artists experiment with translating their individual style to a new medium, and this exhibition doesn’t disappoint. 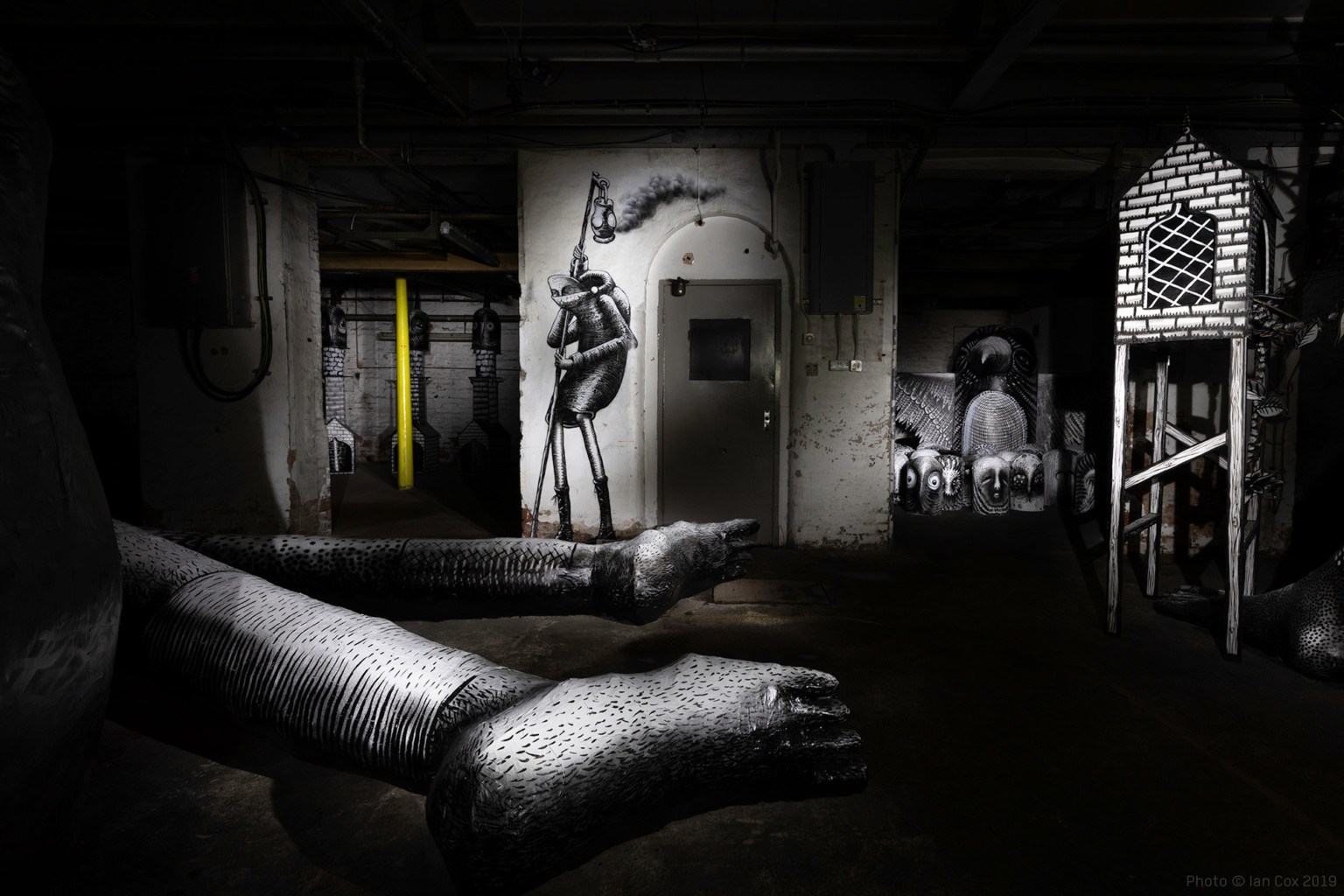 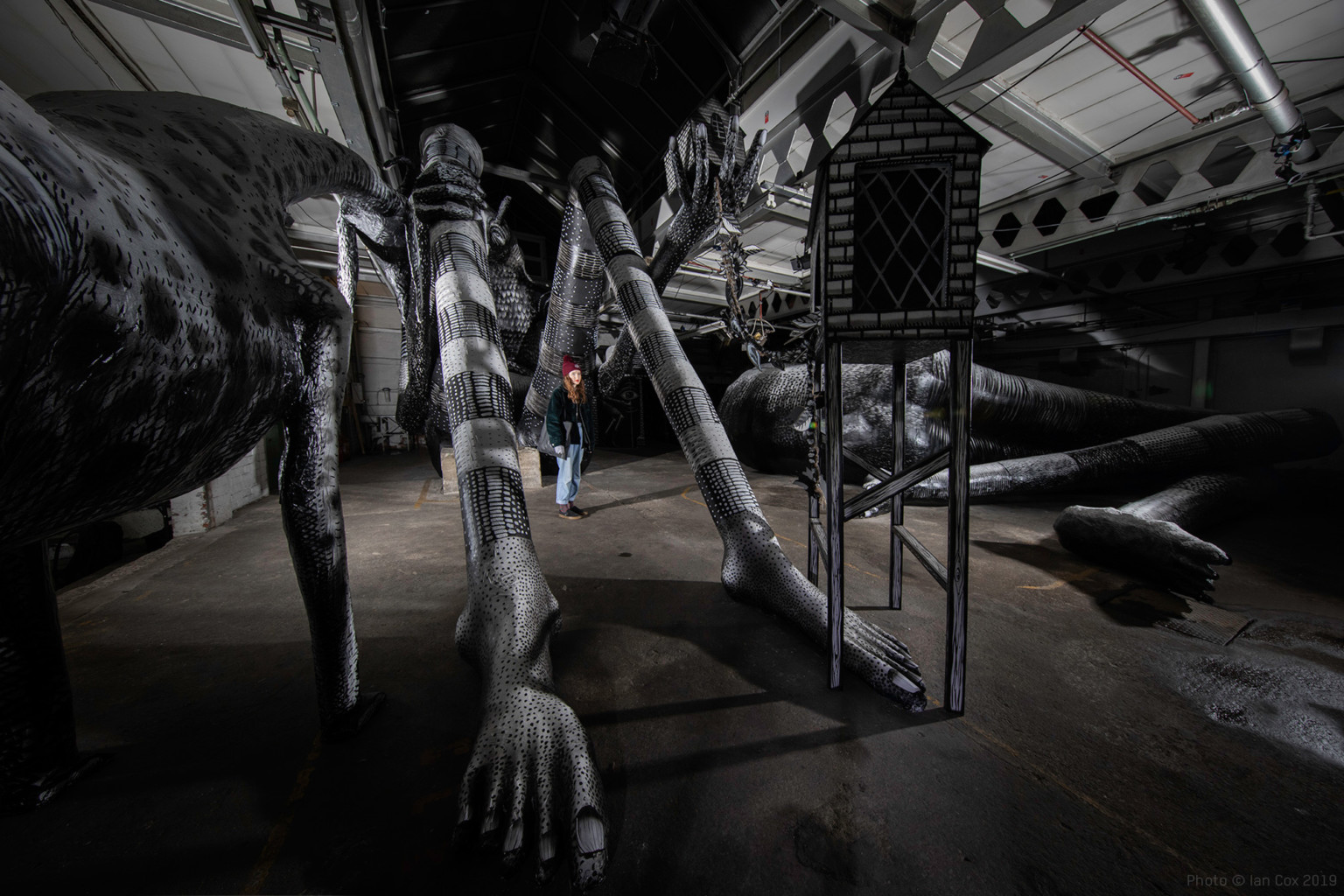 “Sheffield as the stage for this epic showcase was no accident. With local industrial buildings often forming the backdrop for his murals in the city, an old factory complex is the perfect location for presenting such a poetic and personal undertaking and bringing Phlegm’s iconic characters to life. Imagined as beings whose life spans over thousands of years, these peaceful beasts have seen rivers erode and mountains change. With their final days coming slowly but surely, the giants are ready for their eternal rest, giving everyone enough time to meet them, mourn them and make peace with their ending.”

The show is free and will be up through April 6th, 2019. If you can’t make it there in person, check out the #phlegmgiants tag on Instagram.