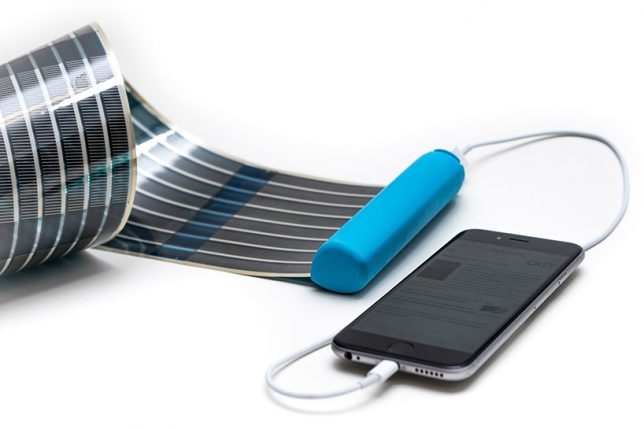 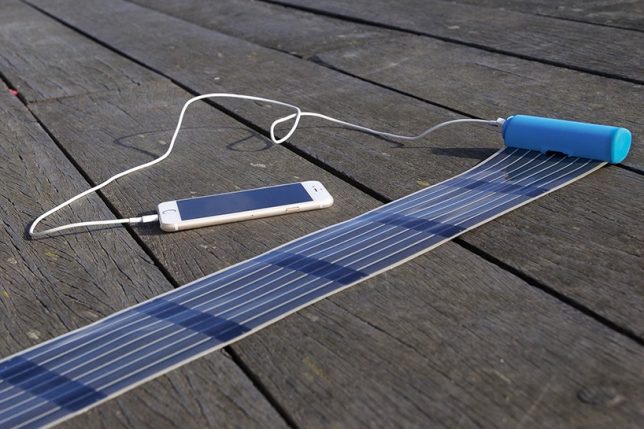 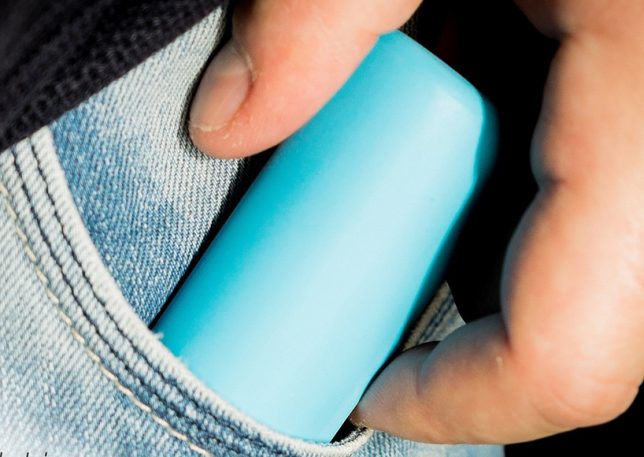 Pull a solar panel out of thin air (or, really, a pocket-sized case) when your phone is dying and there’s no outlet handy. HeLi-on by infinityPV is a retractible, high-efficiency solar panel connected to a battery in its case that can charge small devices like smartphones, portable game consoles, flashlights and 2-way radios via a USB cable. While many small solar chargers can take all day to produce enough energy for a single charge, the HeLi-on claims to do so within 2-3 hours. 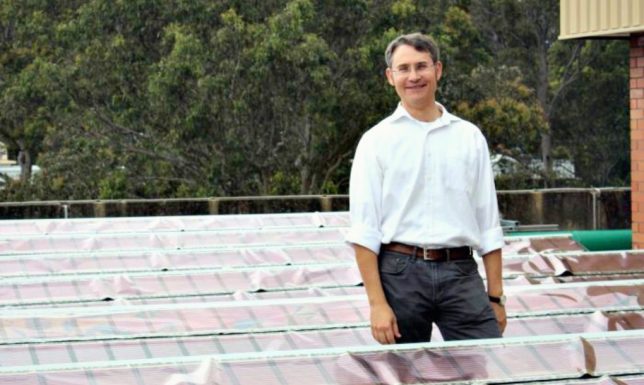 Currently in its final set of trials, these game-changing solar panels are made by printing electronic ink onto sheets of clear plastic, so it’s lightweight and easy to ship. That could make a huge difference for regions hit by disaster that need power as soon as possible. Conventional solar panels weigh far more and are far more expensive to produce; these can be made for less than $10 a square meter. The inventor says the cells produce more energy from less direct light, so it can be hung onto walls, windows, vehicle surfaces, tents and other structures that currently can’t hold a heavy conventional silicon solar panel. 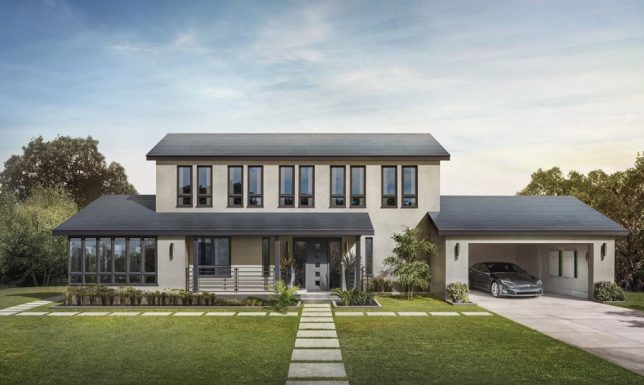 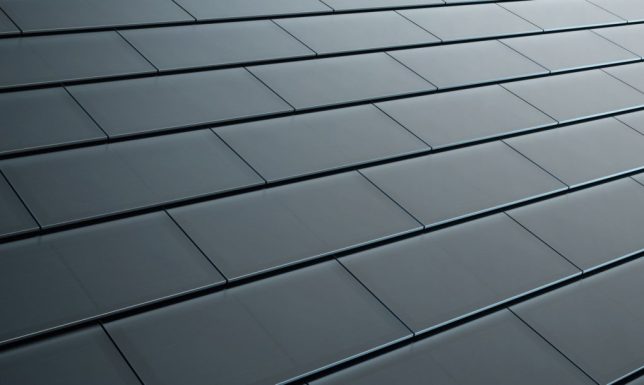 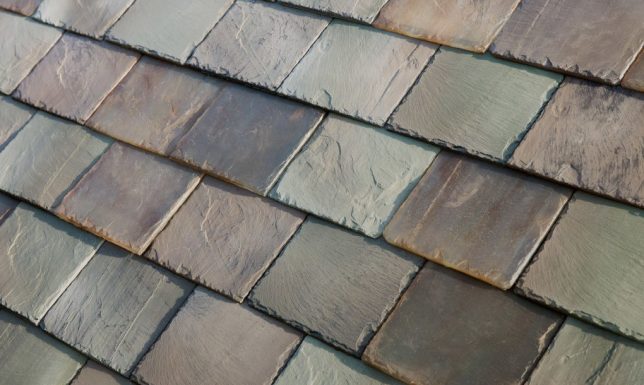 Does anything look out of the ordinary about the roof tiles pictured above? Probably not, and that’s the point. Tesla modeled their Solar Roof tiles after traditional slate, shingle and Tuscan roofing, so anyone who’s ever protested that rooftop solar panels are ugly have less to complain about. Installation will start this year in the United States, and the tiles can be paired with Tesla’s Powerwall battery to convert your home to 100% renewable energy. 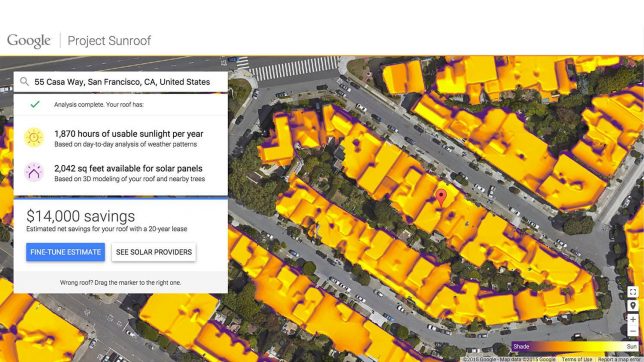 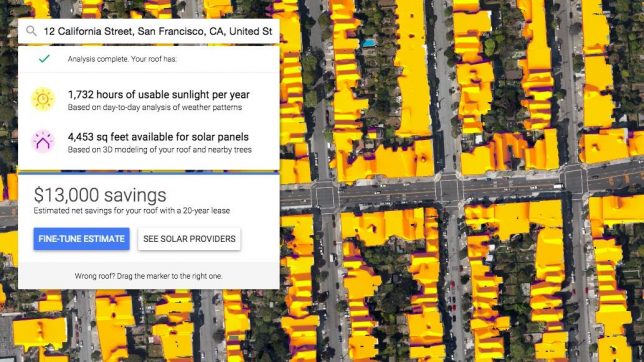 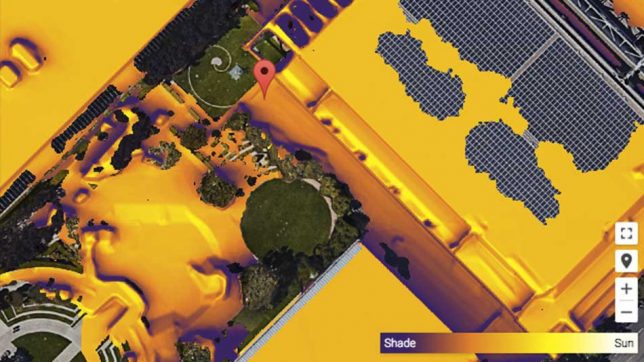 Before you invest in an expensive solar array like Tesla’s Solar Roof tiles, you might want to be absolutely sure that your location is suited for solar power production. Google’s Project Sunroof launched in Germany earlier this month, extending the ability to estimate how much solar power your roof could produce to 7 million homes. The free tool debuted in the United States back in 2015 – all you have to do is put in your address for a Google Earth-powered look at how many solar panels your roof could support and whether they’d be in the direct sunlight.

Infusing transparent glass with photovoltaic capabilities could truly revolutionize the solar industry, making it easier than ever before to integrate solar power production into conventional structures. Researchers at the University of Minnesota and the University of Milano-Bicocca have developed high-tech silicon nanoparticles embedded into luminescent solar concentrators for flexibility and efficiency. This could make solar windows far more commercially viable, leading to a future in which high-rise buildings can produce their own electricity and more.