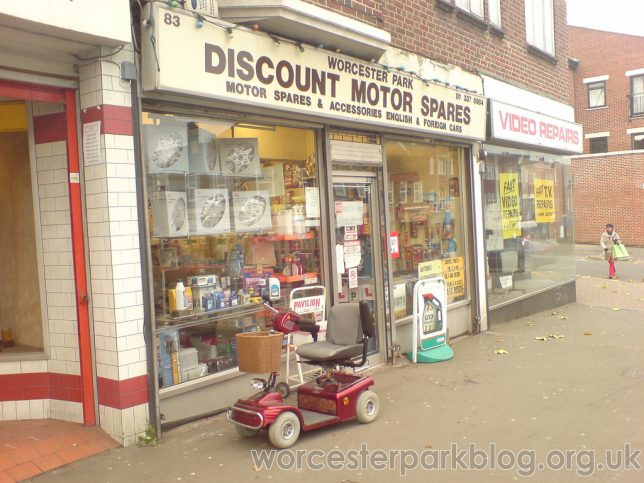 Worcester Park in south-west London, UK has seen better days and so has the rather generic abandoned “Video Repairs” shop above. 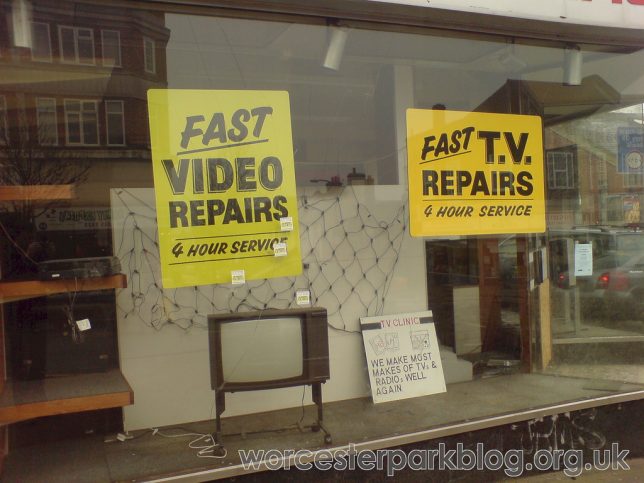 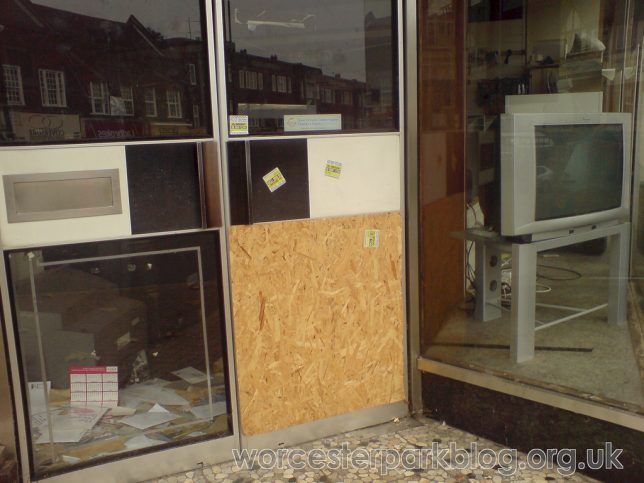 Captured in November of 2007 by Flickr user Worcester Park Blog, the shop promised “fast” video and TV repairs with service taking a mere 4 hours. Ain’t nobody got time for that these days! 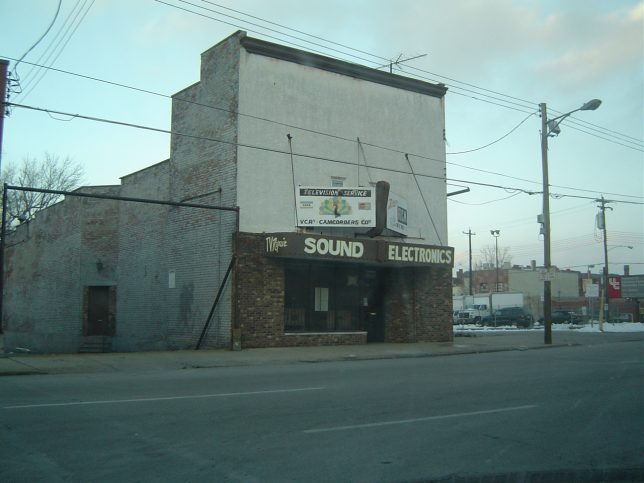 You gotta give credit to whomever once owned the above abandoned TV Repair shop in Cincinnati’s Riverfront district for the classy rendition of the classic NBC Peacock on his sign. Considering the store advertised VCR repairs as well, it’s likely said owner’s been on the run from copyright lawyers for some time. Flickr user Adam Sonnett snapped the otherwise nondescript building on January 23rd of 2007. What are the odds it’s still standing today? If not, hopefully someone saved that sign for posterity.

Prepare To Be Bearded 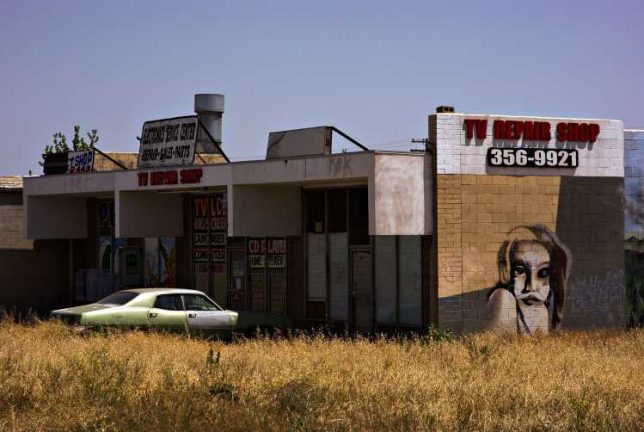 Plenty of obsolescence to enjoy in this photo: an abandoned TV Repair shop, a clapped out Big Three automobile in classic ’70s frosted green + primer, and a bearded lady. Some things never go out of style… and then there are THESE things. 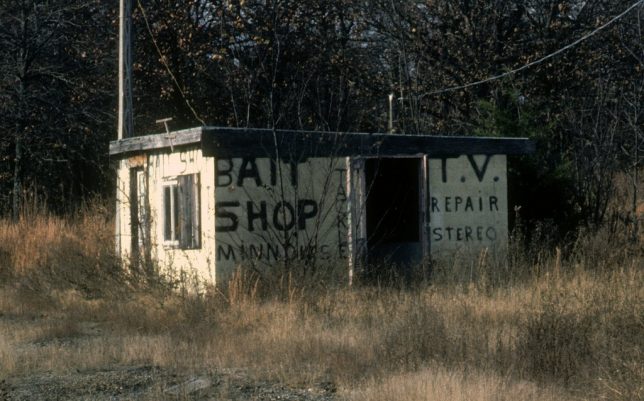 Oh nothing, just a combination Live Bait and TV Repair shop near Poteau, Oklahoma. What can we say, it was the Eighties and, well, it’s Oklahoma. Flickr user gregwest98 posted an old image of the abandoned and open-doored shack in March of 2009. The minnows, as they say, would be lost.