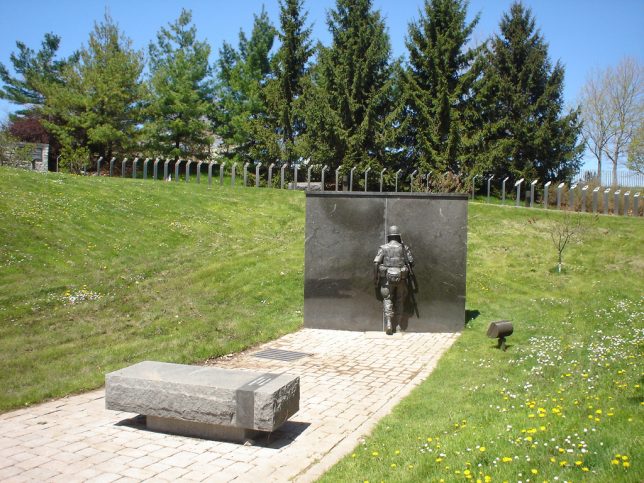 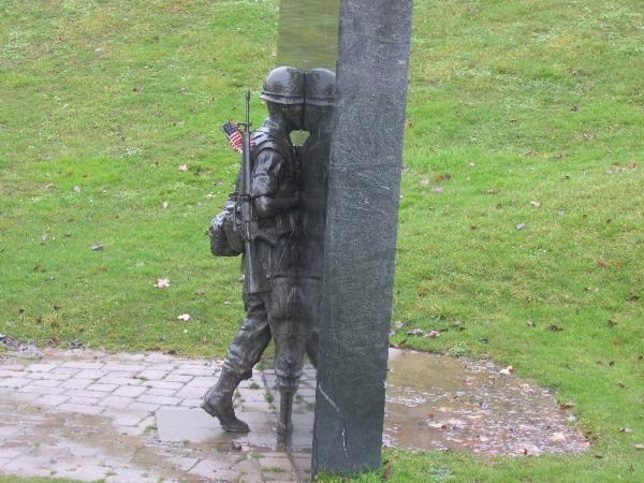 The hauntingly beautiful Vietnam Veterans Memorial of Greater Rochester, New York commemorates the 280 Rochester natives who perished in Vietnam. It also represents American military personnel who succumbed to illnesses linked to the Army’s use of Agent Orange during the Vietnam War. “Vietnam veterans with Agent Orange diseases continue to march into the Vietnam Wall to join their fallen brothers,” states the Vietnam Veterans of America, Southwest Montana Chapter 788. “Their names will not be engraved onto the wall… yet they are still victims of the Vietnam War!” 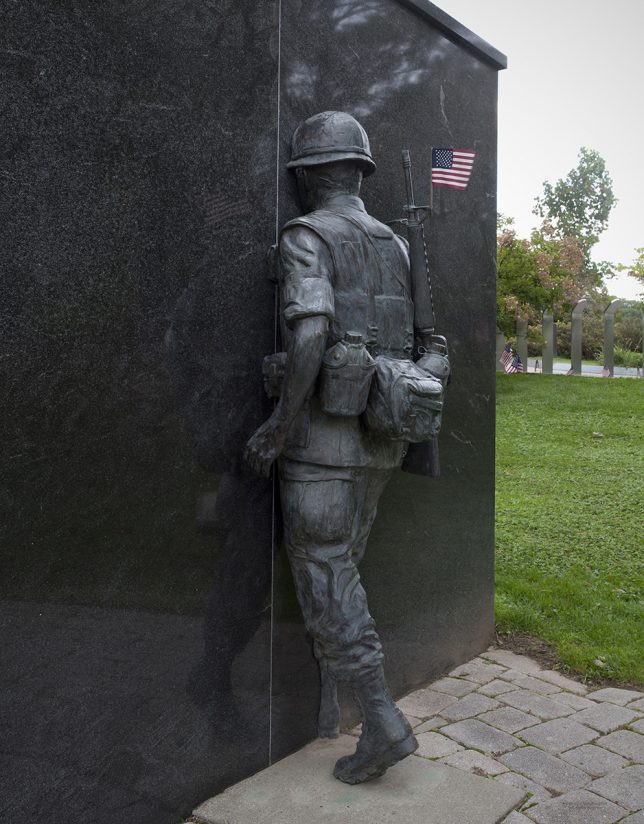 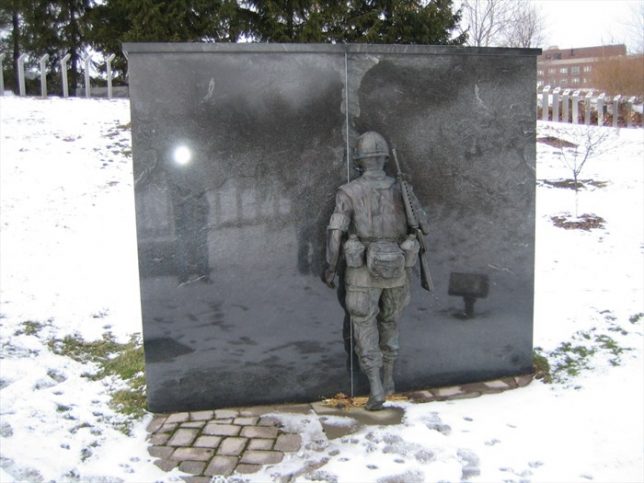 The memorial includes a line of 280 personalized metal bollards engraved with the names of Rochester’s fallen soldiers. The memorial as a whole was designed to be accessible and hands-on, encouraging visitors to see their reflections in the polished stone of the backing wall. 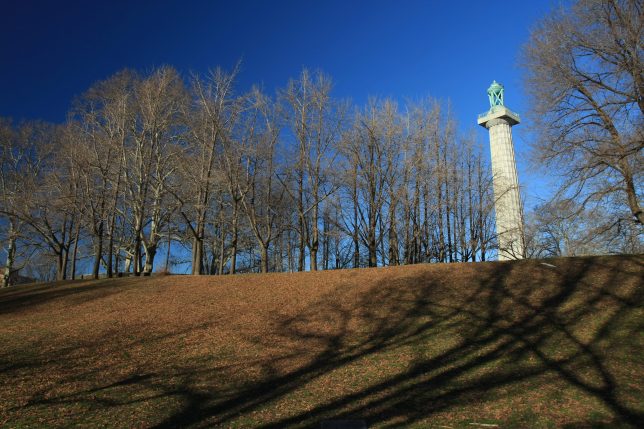 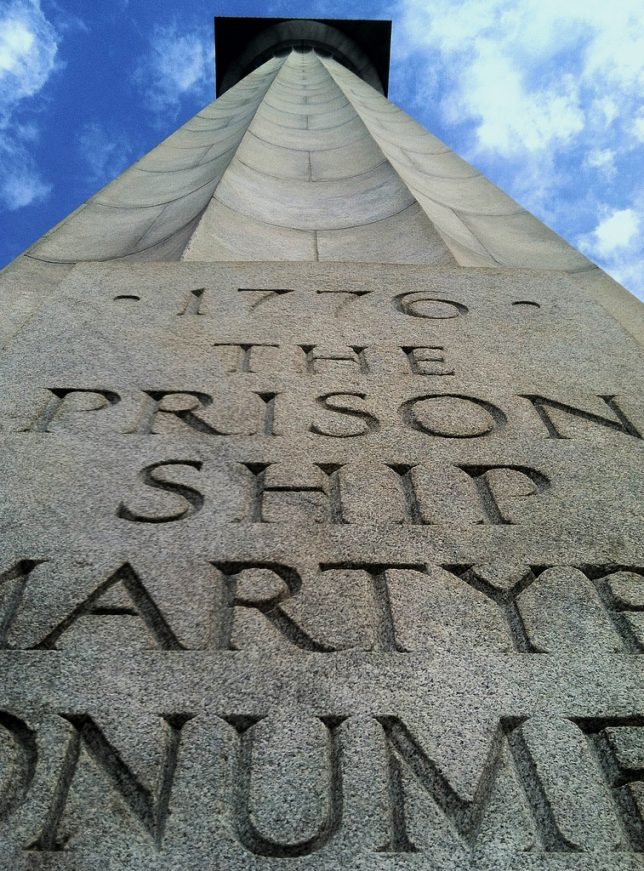 The Prison Ship Martyrs’ Monument in Fort Greene Park, Brooklyn, NY was erected in 1908 and was dedicated by President Taft in a formal ceremony attended by over 20,000 people. The monument memorializes over 11,500 American Revolutionary War prisoners who perished amidst horrible conditions while confined aboard a series of British prison ships moored in New York harbor. A fraction of the POW’s remains are interned in a crypt beneath the 149-ft tall granite column. 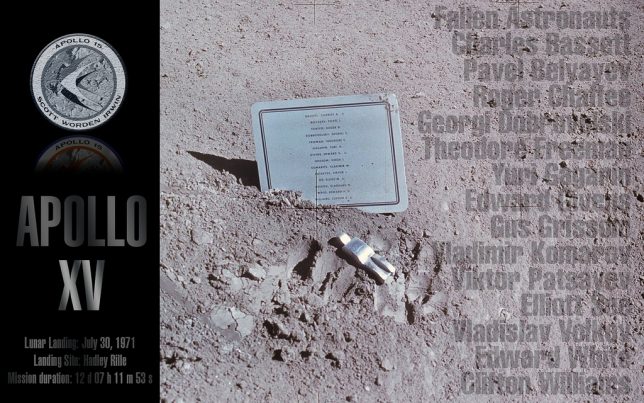 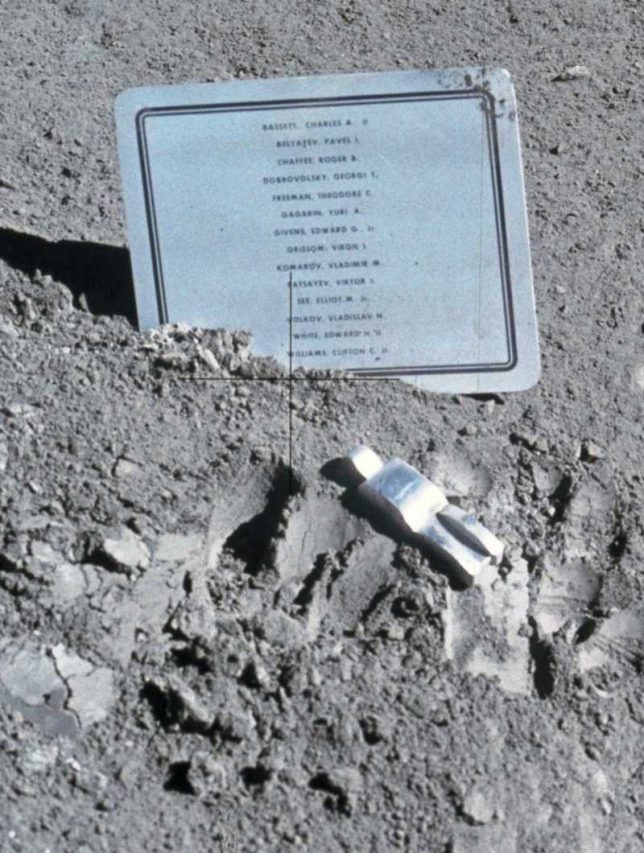 One of the most remarkable and at the same time one of the least known military monuments is the so-called “Fallen Astronaut” memorial. Don’t plan on visiting it, at least not anytime soon: this tiniest of memorials is located near Hadley rille, in an area of the Mare Imbrium called Palus Putredinus (Marsh of Decay)… on the Moon. 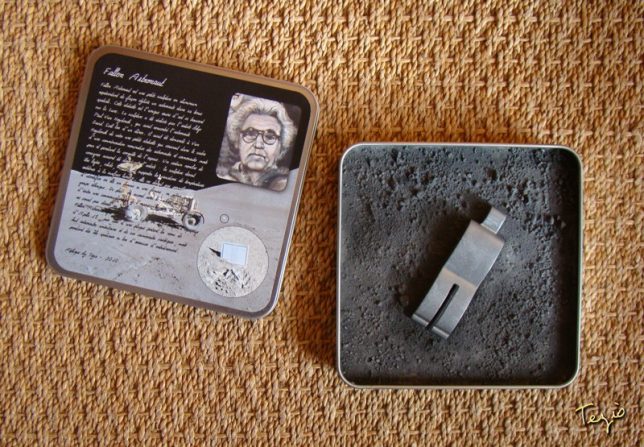 Unbeknownst to NASA, the crew of Apollo 15 had asked Belgian sculptor Paul Van Hoeydonck to create a miniature (3.5″ long) minimalist aluminum statuette of an astronaut. The memorial rests on the lunar surface along with a plaque bearing the names of 14 American astronauts and Soviet cosmonauts – all military men – who had died during training or in the course of their duty. Mission commander David Scott (Col., USAF) left the figurine and plaque behind the parked lunar rover, off camera, where they remain to this day. Hoeydonck later attempted to sell replicas of the figurine but later decided against doing so under pressure from NASA.