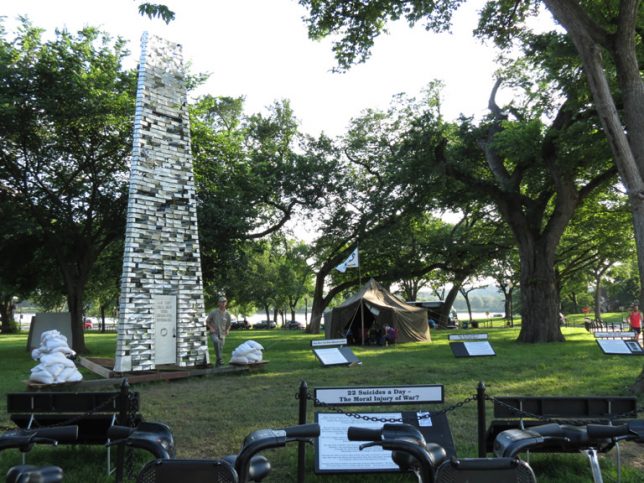 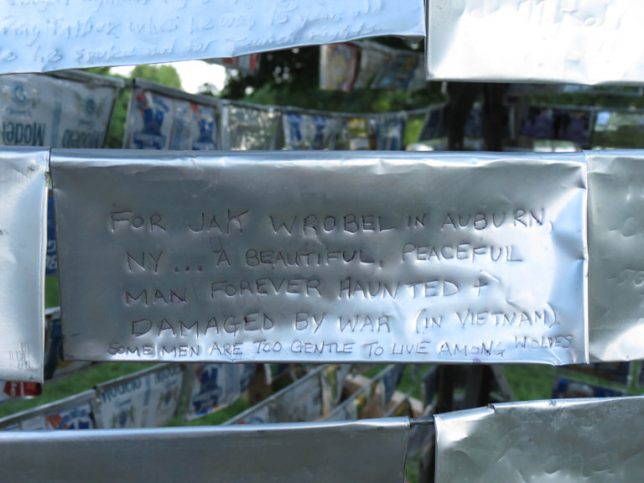 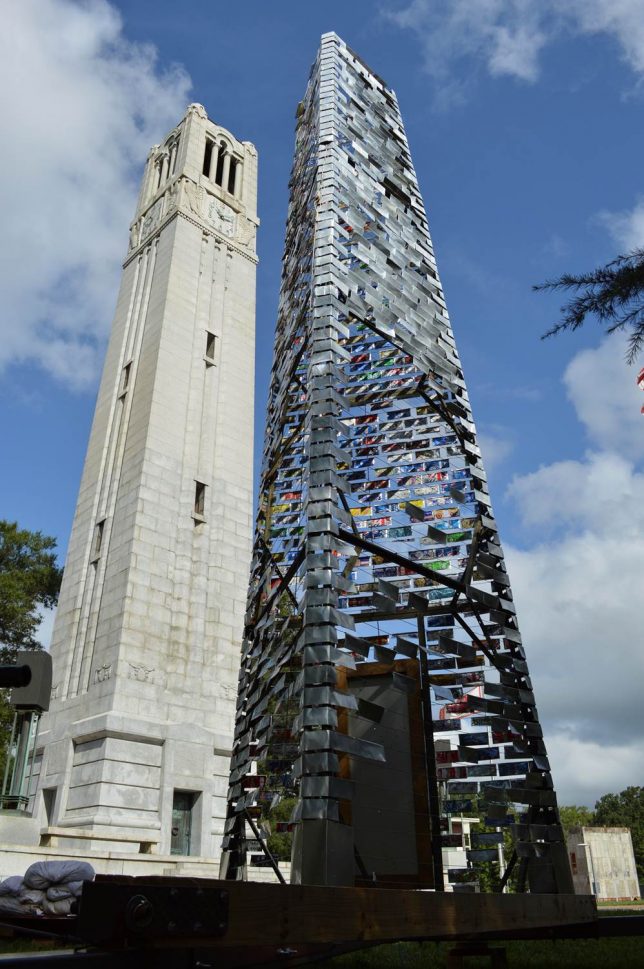 The Swords to Plowshares Memorial Belltower is a rarity among war memorials in that it’s portable. Situated originally at the foot of the historic memorial Bell Tower on the campus of North Carolina State University, this reverent art installation stands 24 feet high and its inscribed aluminum “bricks” are made from flattened beer and soda cans. We’ll drink to that! 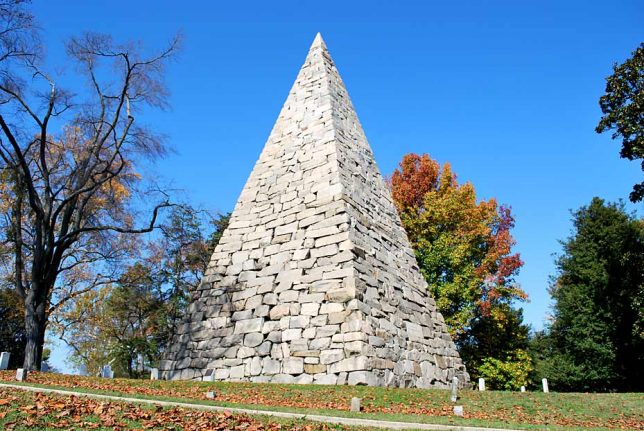 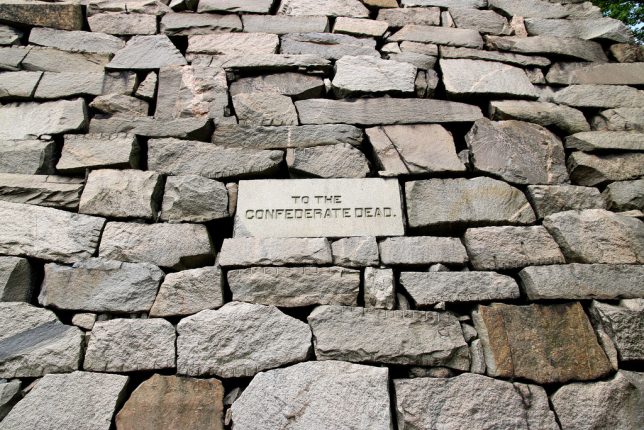 The Monument to Confederate War Dead at Hollywood Cemetery in Richmond, Virginia may look strikingly modernist but it actually dates from 1869 – a mere 4 years after the end of the Civil War. The pyramidal memorial designed by engineer Charles Henry Dimmock stands 90 feet (27 meters) tall and its component blocks of James River granite were stacked unbonded by cement or mortar. Dedicated on November 8th of 1869, the monument commemorates 18,000 fallen CSA enlisted soldiers who are buried at Hollywood Cemetery. 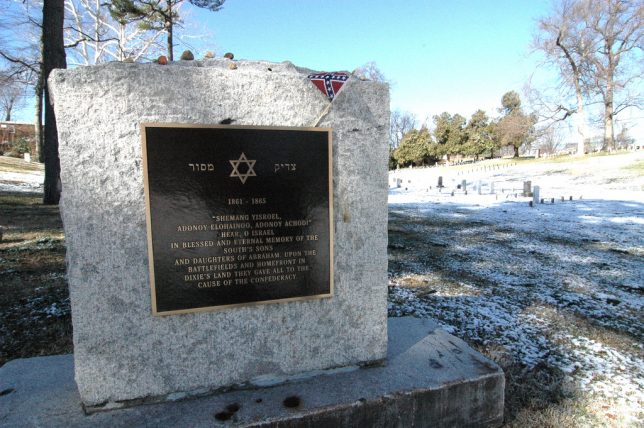 Another, rather unlikely (to some) war memorial at Hollywood Cemetery is the Marker for Jewish Confederate Dead, snapped by Flickr user Dayna Bateman (suttonhoo) on January 20th of 2008. Approximately 3,000 Jews fought for the Confederacy during the Civil War, including Colonel Abraham Charles Myers of Charleston, SC (Quartermaster General of the Confederate States Army), Dr. David Camden DeLeon (Surgeon General of the Army), and Judah P. Benjamin, Secretary of War in 1861-62 and Secretary of State from 1862 to the end of the war in 1865. 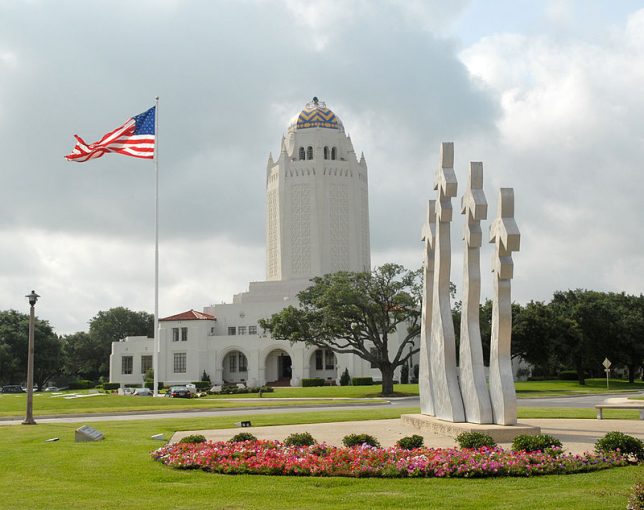 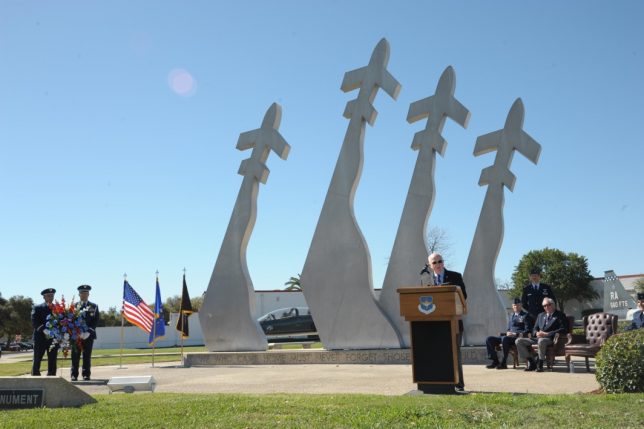 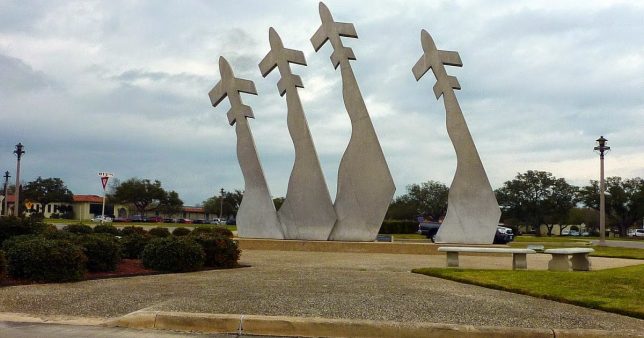 The Missing Man Monument by sculptor Mark Pritchett was installed in front of Building 100 at Randolph Air Force Base in Schertz, Texas, on March 4th of 1977. The memorial commemorates combat fatalities suffered by Air Force personnel in Southeast Asia. Our lead image with the Randolph AFB Administration Building in the background is an official USAF photo taken by Rich McFadden on December 31st of 2009. 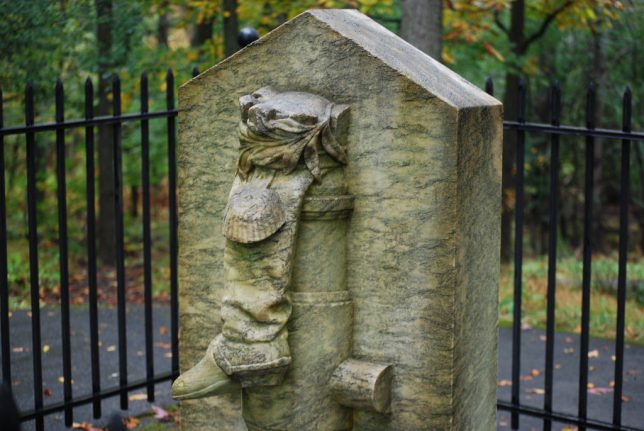 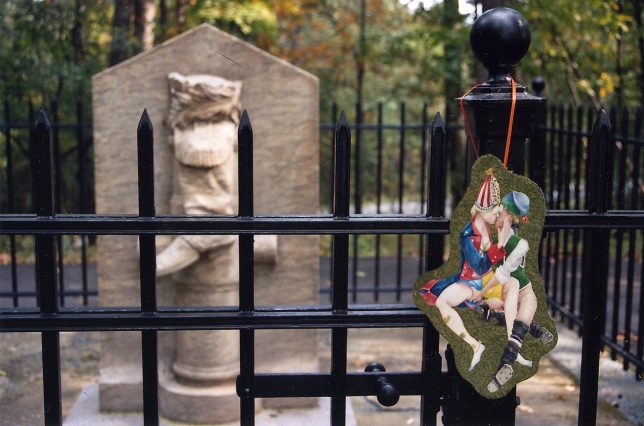 Erected in 1887, the Boot Monument is a Revolutionary War Memorial commemorating the service of Major General Benedict Arnold. Wounded multiple times in the legs and foot over the course of three separate battles between 1775 and 1778, Arnold was known as the “most brilliant soldier” of the Continental Army until his notorious act of treason in 1780. The memorial located in Saratoga National Historical Park, New York, was designed to celebrate the battlefield triumphs of the Arnold-led Continental Army while pointedly avoiding any mention of its disgraced CinC.