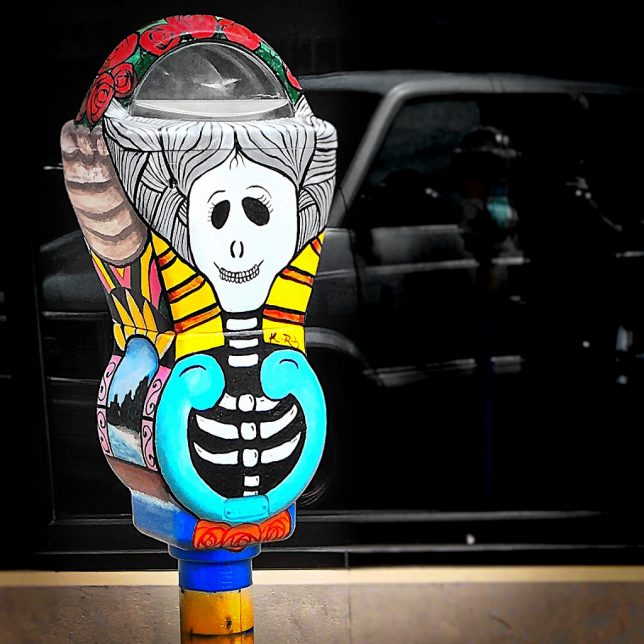 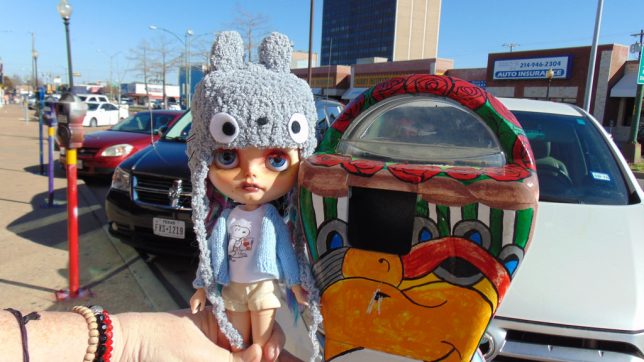 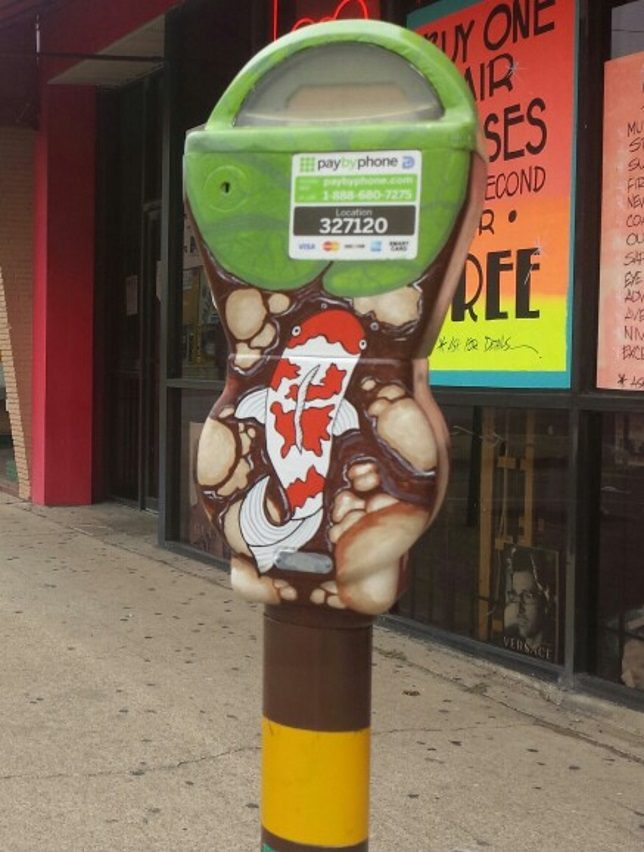 Other OCA-sponsored works of parking meter art used crocheted flowers as their media but those proved vulnerable to theft and vandalism. Painting has proven to be much more durable, not to mention weather-proof.

Meter Made In Heaven 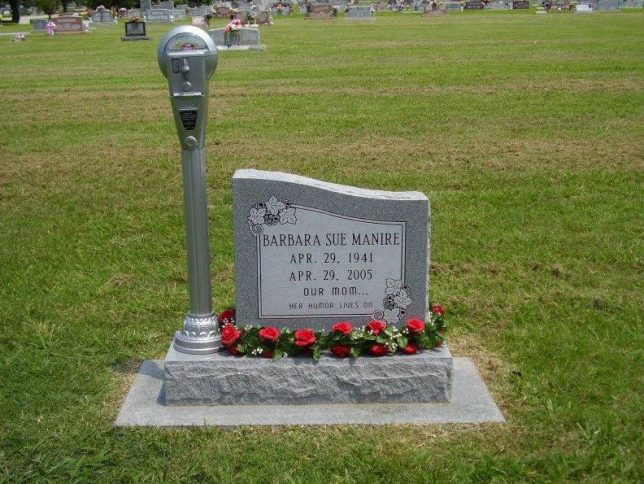 No doubt you’ve seen the above grave site in Okemah, Oklahoma but few know the story behind it. Seems the late Barbara Sue Manire was known for her sprightly sense of humor and according to those who knew her, had oft stated she wanted her grave to feature a parking meter that read “expired”.

The meter – customized by her son – was installed at her tombstone about a year after she passed away on her 64th birthday. According to her daughter, Sherri Ann Weeks, family members “are happy about the attention this has received because we know that our Mom is up above… looking down and still laughing.” Oh, and please don’t deposit any coins in the meter… trust us, just don’t. 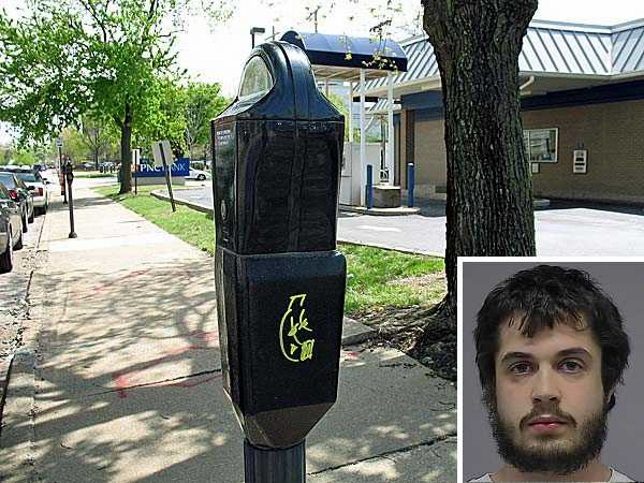 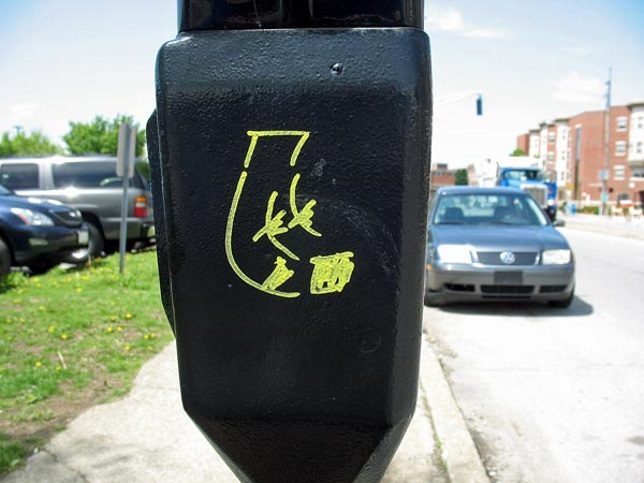 Conrad Stojak may have gotten away with arting-up city-owned parking meters but John A Roark III of Louisville, Kentucky, you’re no Conrad Stojak… and your parking meter art sucks! According to the LPD’s arrest report from April of 2011, Roark was apprehended near the University of Louisville where he drew bananas on five different area parking meters and allegedly told the arresting officers he was trying to “make art.” It’s undetermined whether Roark was able to “make bail” after being charged with misdemeanor criminal mischief.