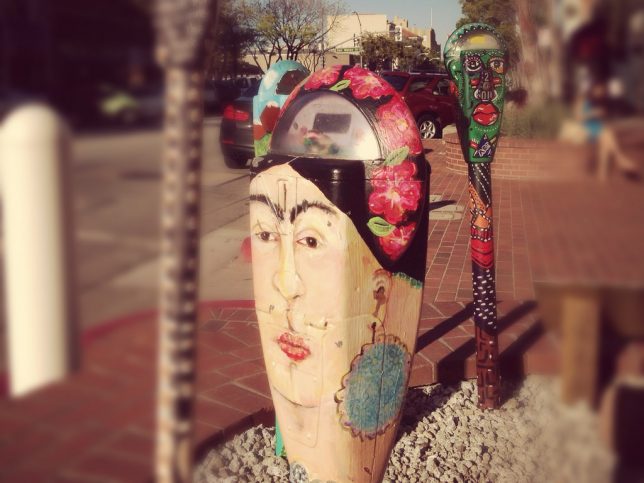 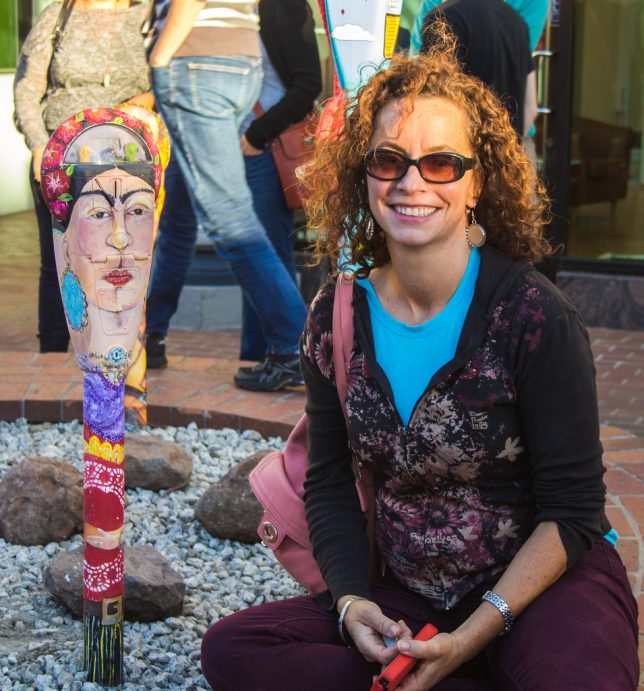 So you’ve got all these obsolete parking meters and you want a public garden BUT the city won’t fund the plants, planters and maintenance? No problemo, just do what San Mateo did and crowd fund a Meter Garden! 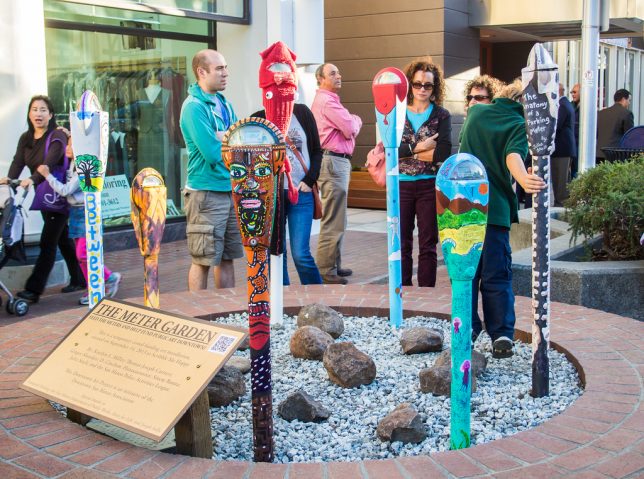 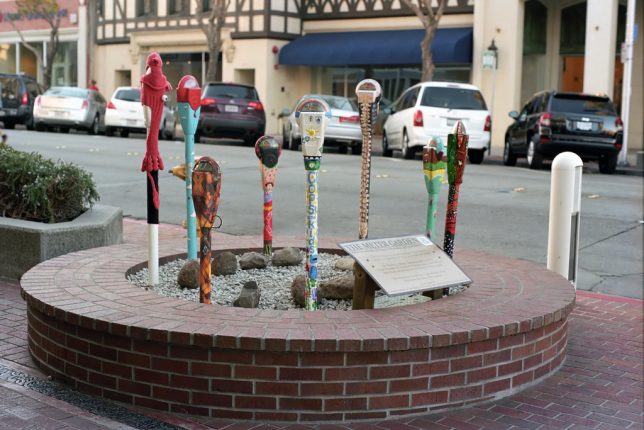 Local artists do good work on the cheap, the public gets to enjoy neato street art, and the city gets to use up otherwise useless inventory. The San Mateo Meter Garden is located on 3rd Ave between El Camino & Ellsworth, and after a few months in the warm California sun the art’s holding up rather well. 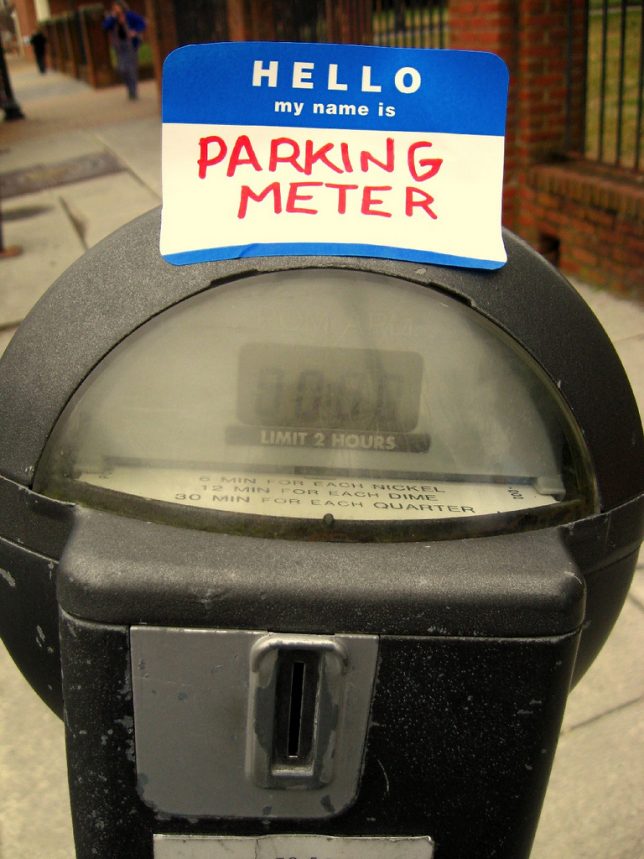 “Hello, my name is Parking Meter. I caused your father’s car to be ticketed. Prepare to pay.” OK, so it isn’t all that artistic but you know what they say: anything can be Art if you’re brave enough… or, something to that effect. In any case, this snapshot of urban whimsy in downtown Blacksburg, VA was captured by Flickr member Jonathan (Nahh) on February 3rd of 2008. 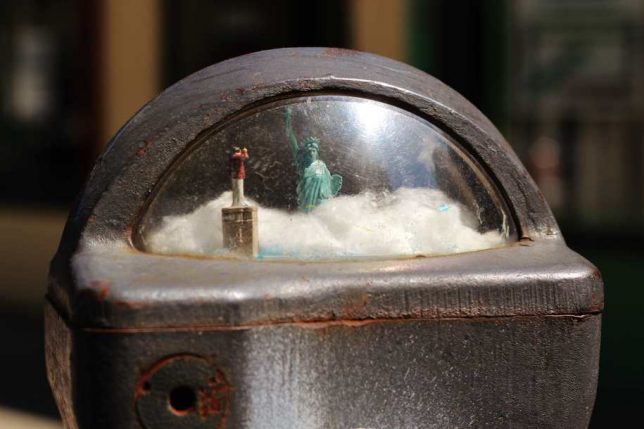 New York City decommissioned all 56,000 of its single-space parking meters in 2013, leaving the city with a problem on their hands. Queens, NYC-based artist Conrad Stojak thinks he has the solution: turn those “expired” glass-domed meters into showcases for miniature art. 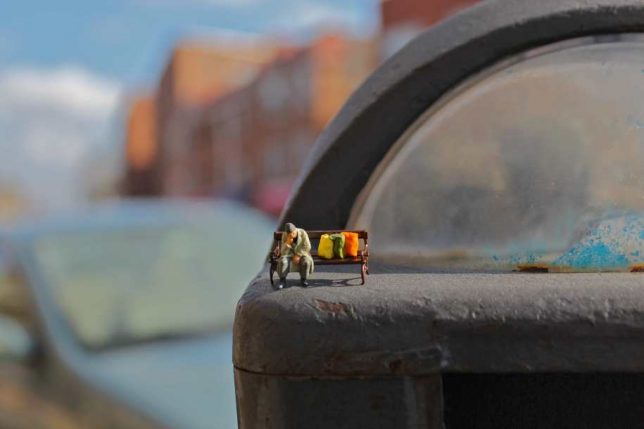 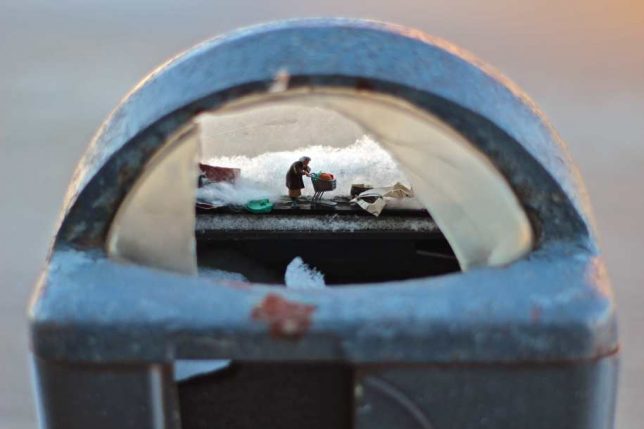 “Parking is a negative experience in New York City,” explained Stojak to the New York Post in May of 2014, “this re-imagines them into something better.” Though Stojak’s Kickstarter fundraiser was unsuccessful and all 20 of his prototypical parking meter artworks have been destroyed or removed, the artist still has hopes his dream will someday become reality. “This could be a massive city-wide project,” states Stojak, “and a second chance for the meters to show the world that they were more than the sum of their parts.”

Meter Me in West Philly 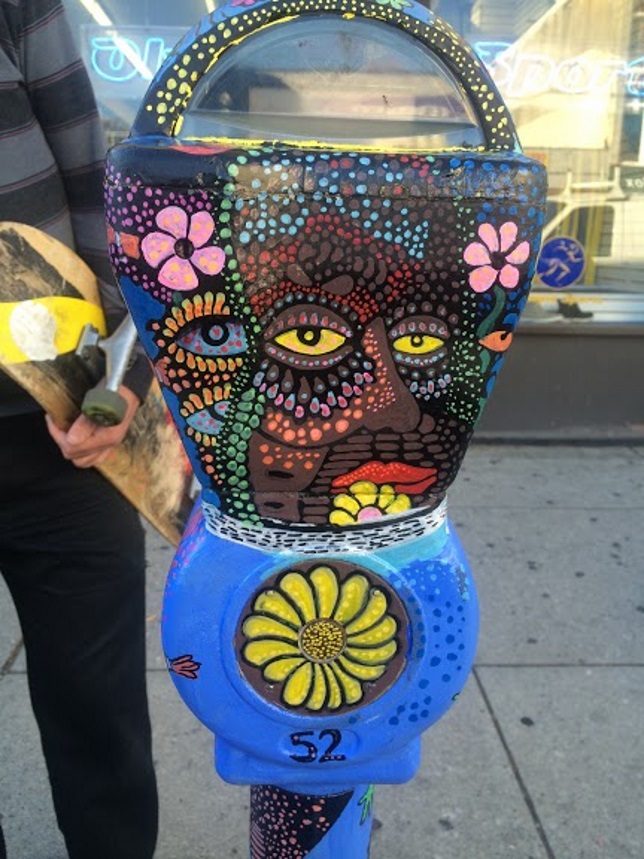 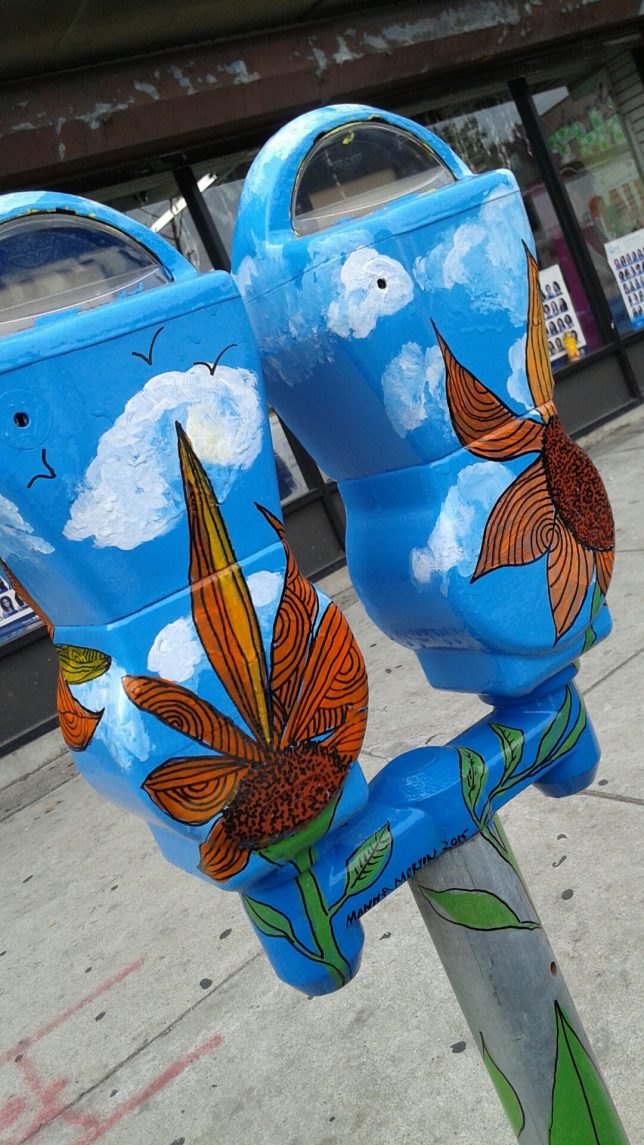 Will Philadelphians like their parking meters more if they (the meters, not the Philadelphians) get an extremely artistic makeover? Time will tell but for now, the 52nd Street Meter Mural Project is at least making an effort to cheer up commuters without charging them any extra. 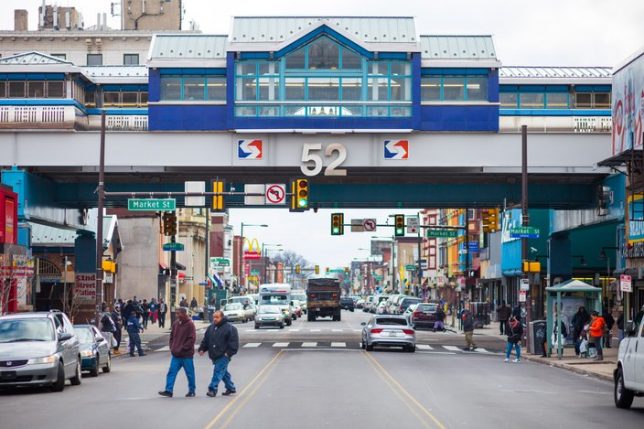 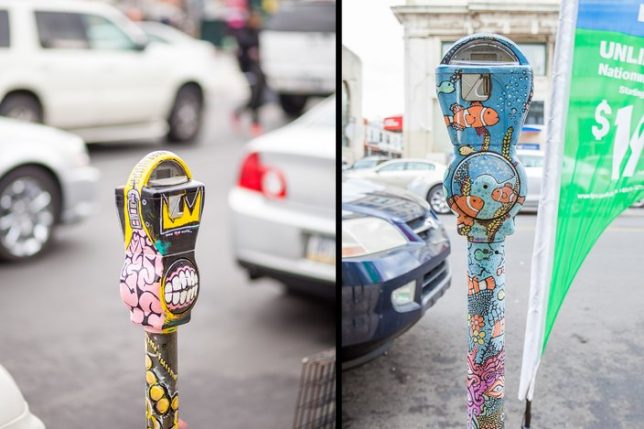 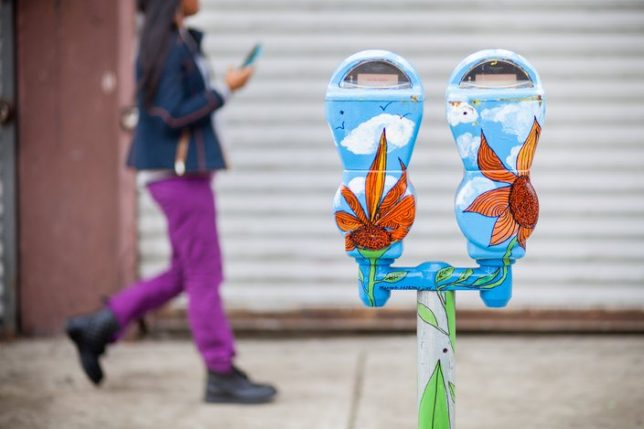 Ten artists from the West Philly neighborhood were selected to spruce up the meters and the perceived benefits aren’t just for the parkers.  “Most importantly, this is a job creator,” explains Akeem Dixon, 52nd Street corridor manager for the TEC-CDC. “People will get paid for their artistic ability. This helps revitalize a community with an art installation, and it acts as a community engagement tool.”