Just BE in Mexico City by Arqmov Workshop 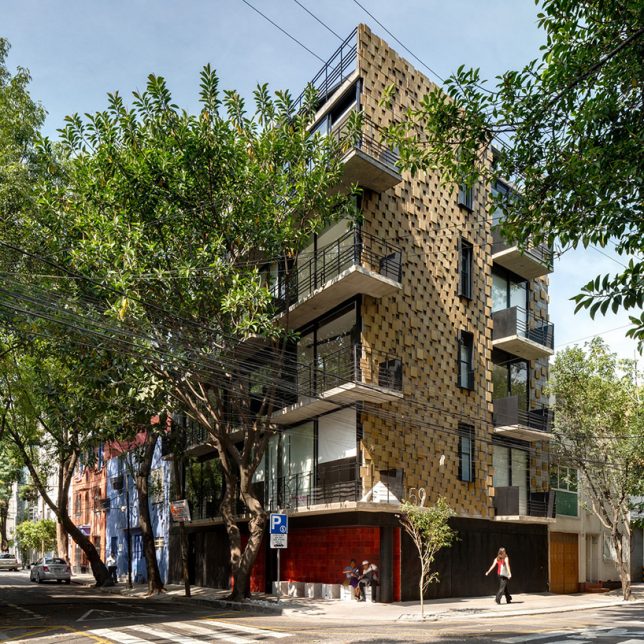 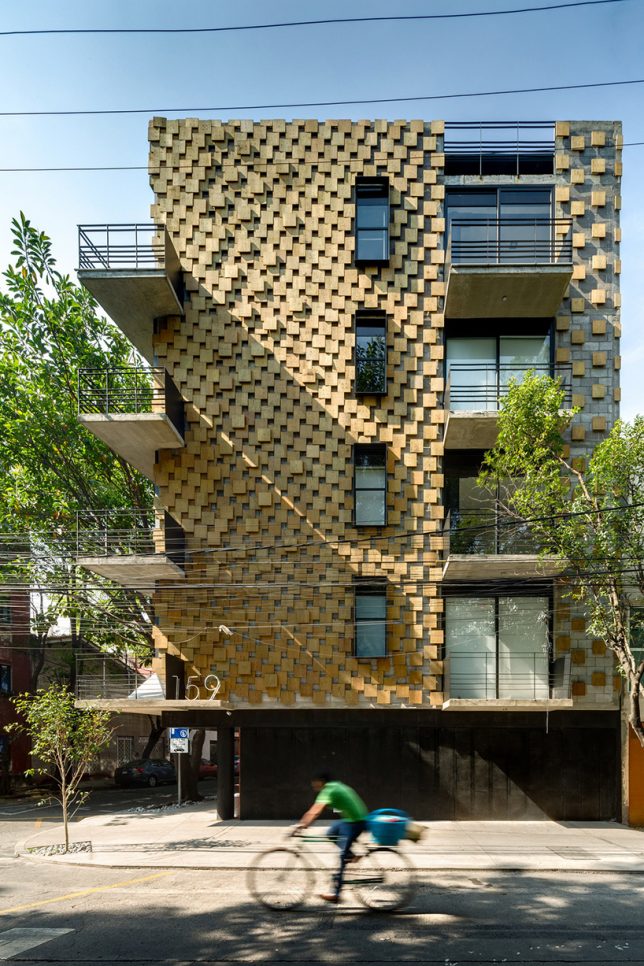 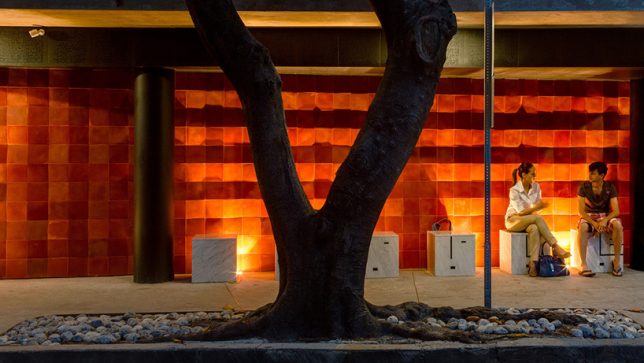 In Mexico City’s bustling Condesa district, the ‘Just BE’ apartment complex by Arqmov Workshop features a dynamic patterned lattice facade on its busiest street-facing side while a stack of balconies and floor-to-ceiling windows look out onto the quieter residential street. The design references a box made of wooden slates used to carry vegetables, known as a ‘huacal,’ to give it a bit of local character. 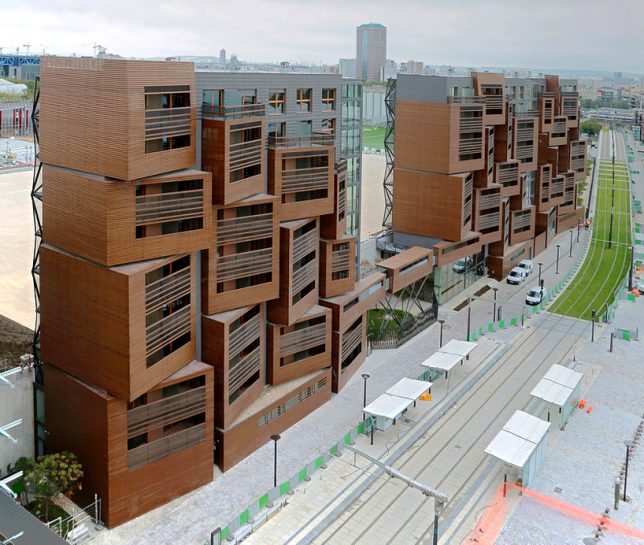 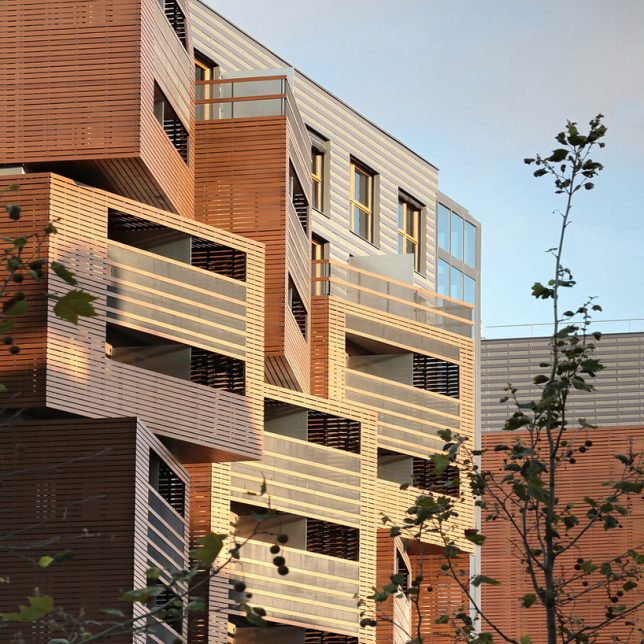 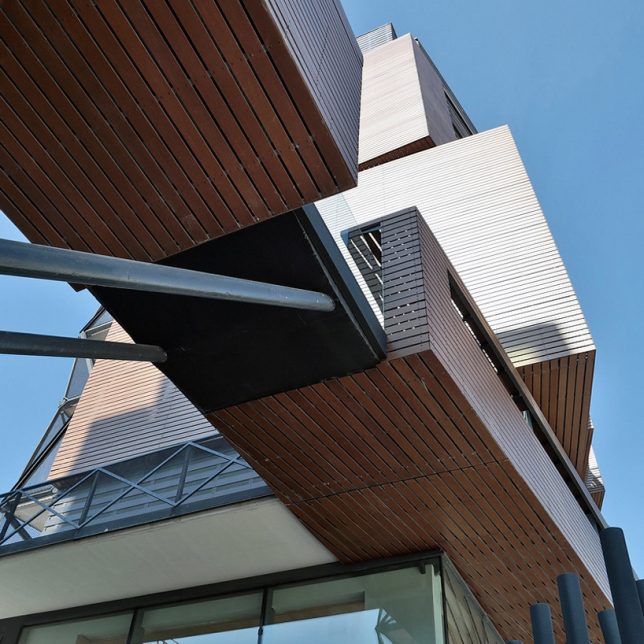 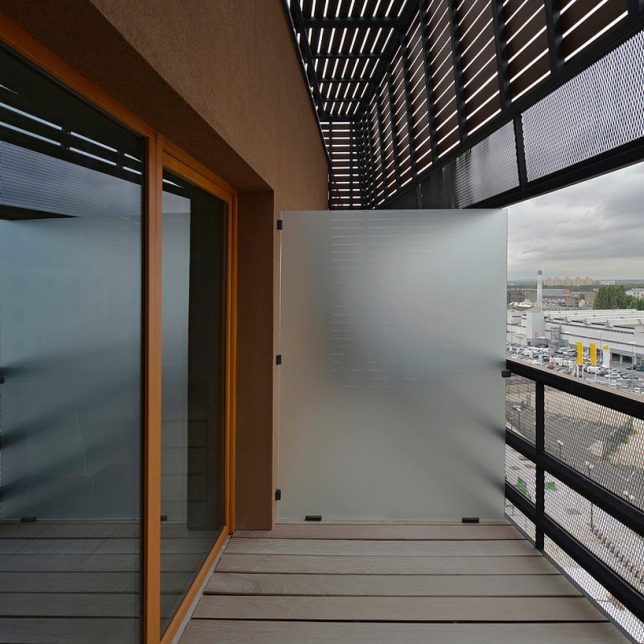 Another apartment building referencing baskets is this student housing along Parc la Vilette in Paris’ 19th district by OFIS. ‘Basket Apartments’ is an 11-story building containing public functions on the ground floor and 192 residential studios in the upper levels. Each unit features a slatted timber facade facing a slightly different direction, creating a series of balconies and circulation stairwells along the exterior.

Tiny Apertures in Tokyo by A.L.X. 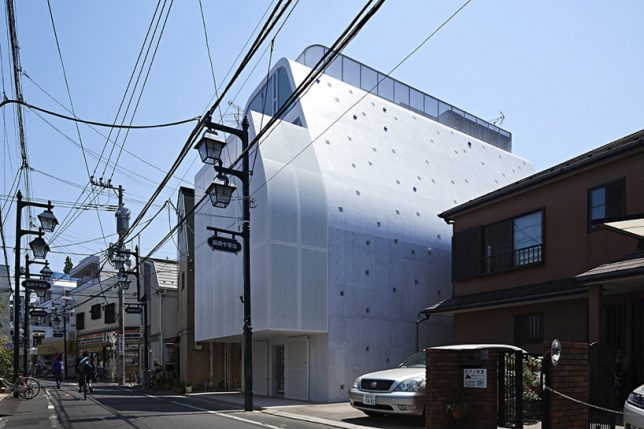 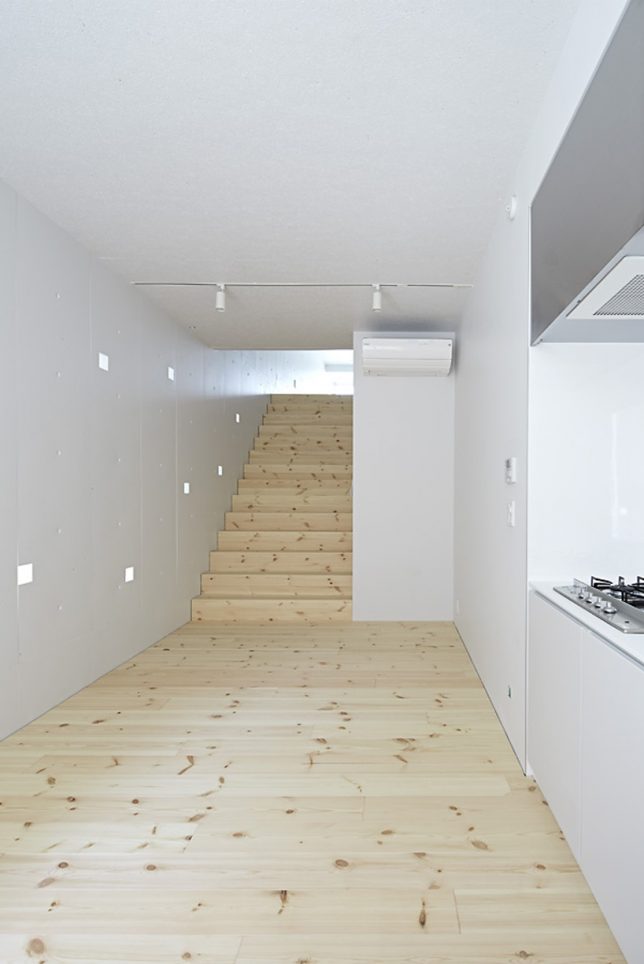 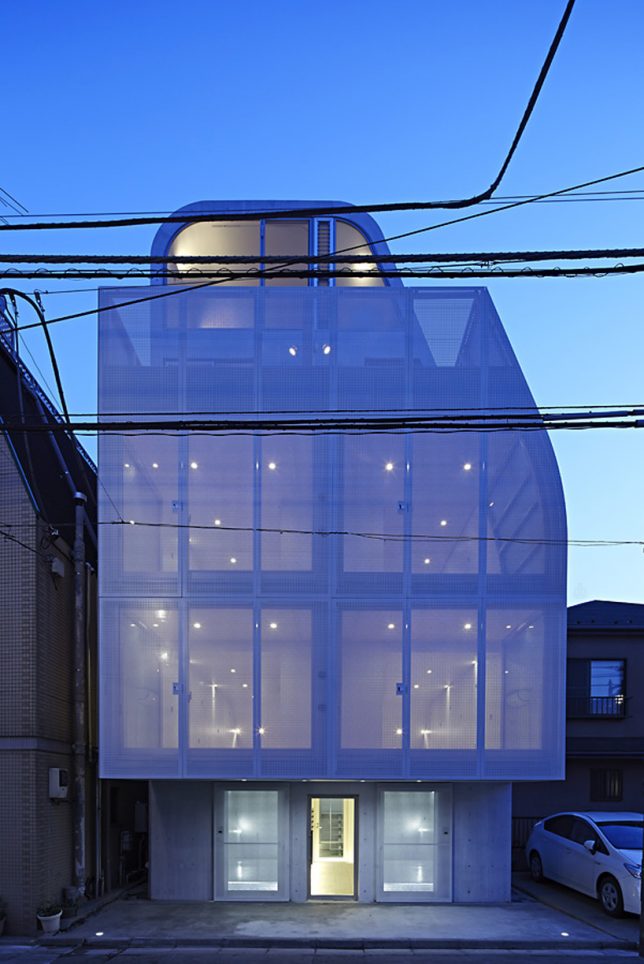 Finding a good balance between peace, privacy and abundant natural light can be tough in a city where the street outside is busy all day and night. The firm A.L.X. added a metal mesh extension to the front of this apartment building in Tokyo, as well as some apertures in the concrete wall directly facing another apartment building next door. This lets in light while giving the inhabitants some sense of separation from the world outside. 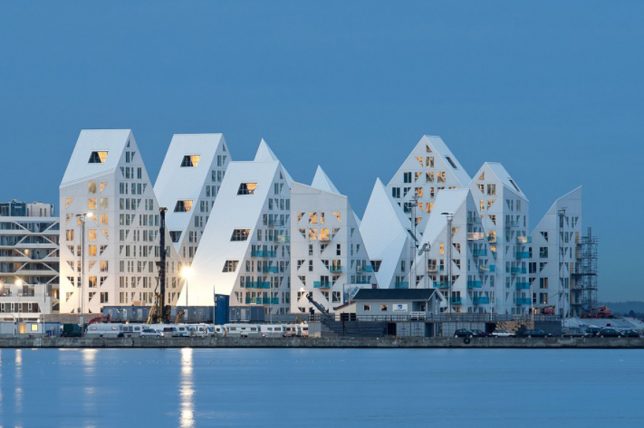 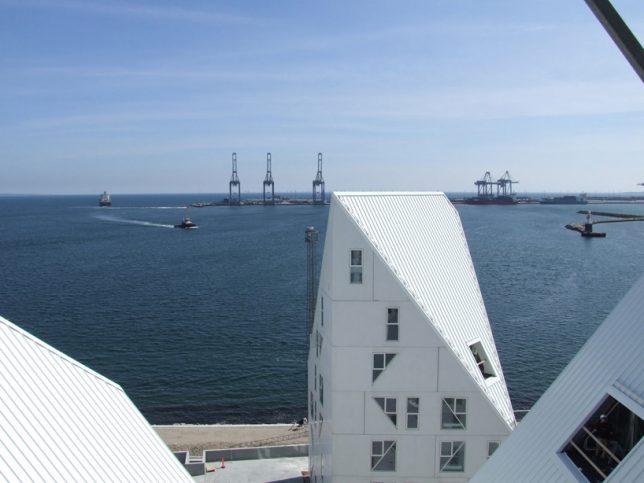 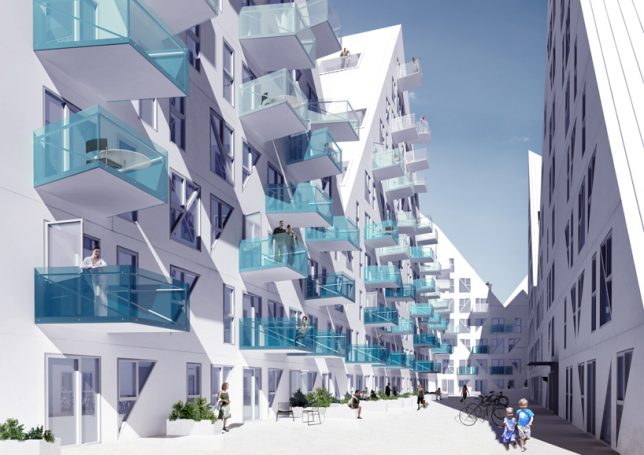 The appropriately named Iceberg apartment building in Denmark’s second-largest city, Aarhus, is a collaboration between architecture firm seARCh, CEBRA, JDS architects and Louis Paillard. Located along the waterfront, it features four L-shaped wings containing over 200 apartments of various types and sizes, and its white facades are brightened up by icy blue glass balconies.