Apartment No. 1 by AbCT Architects in Iran 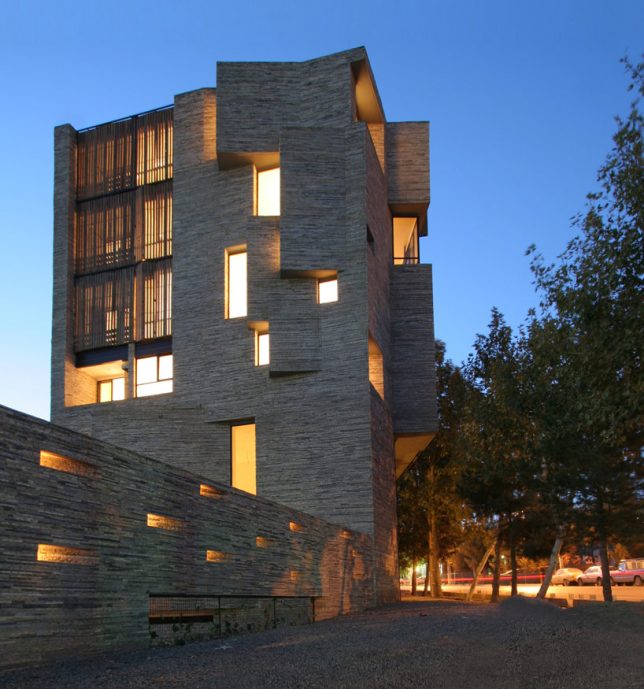 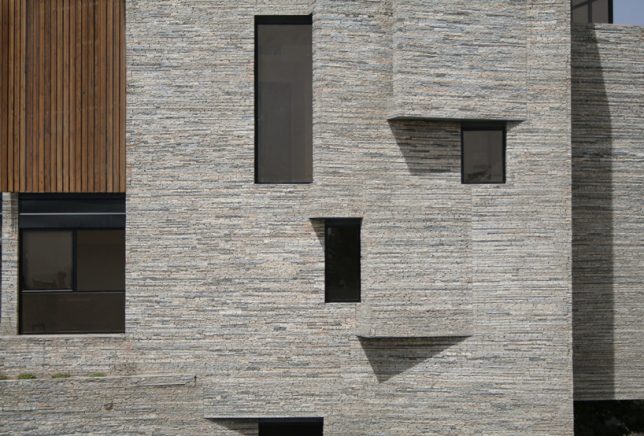 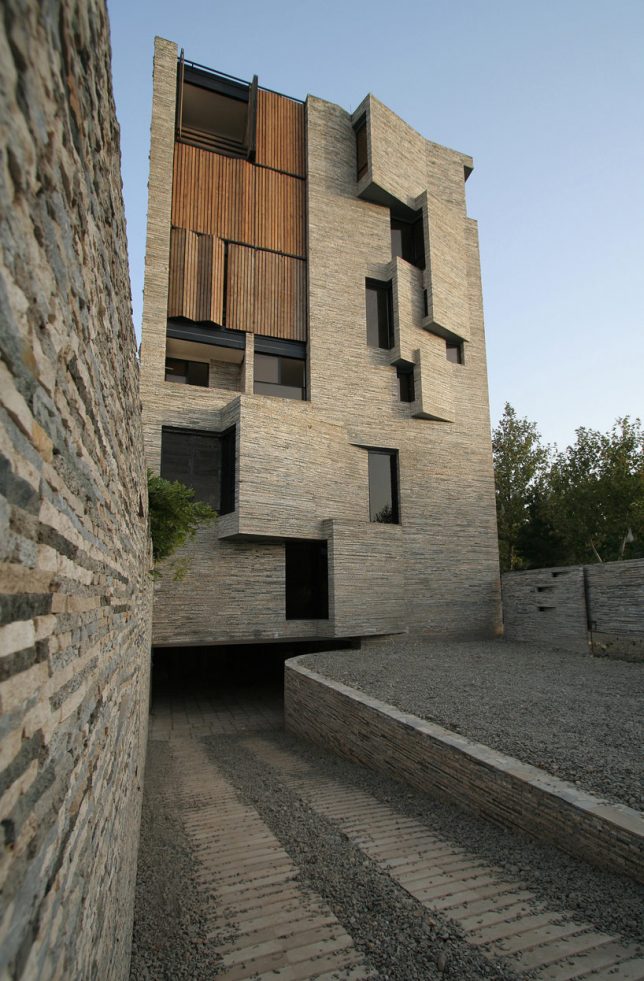 Reclaimed segments of cut stone cover the outside of this apartment building in Iran by AbCT, located adjacent to Hellenistic ruins. The five-story mixed-use building includes ground-level retail and eight residences, and features a facade covered in angled forms for a monumental effect. The wooden shutters can be opened and closed to regulate light and temperature inside. 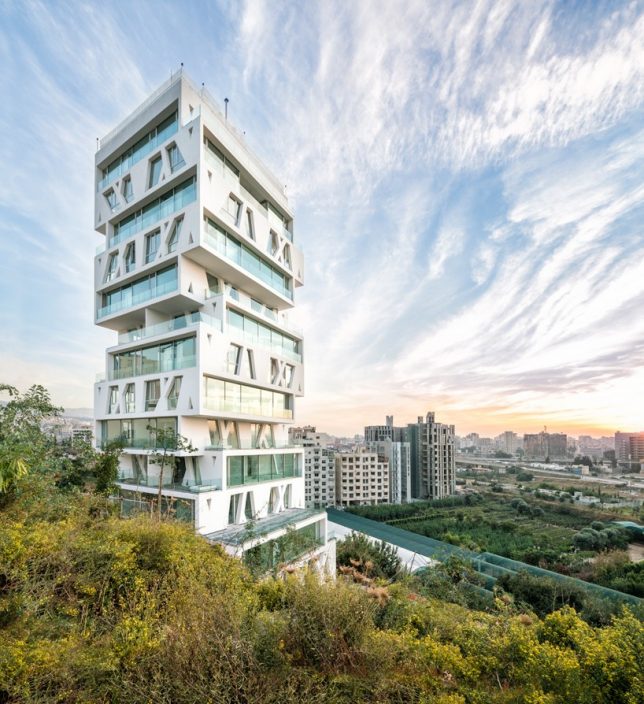 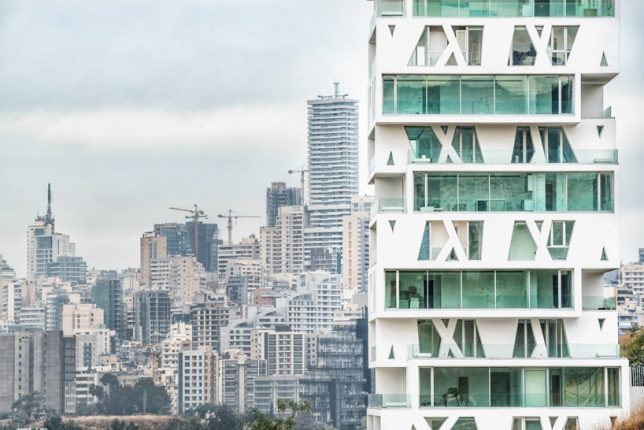 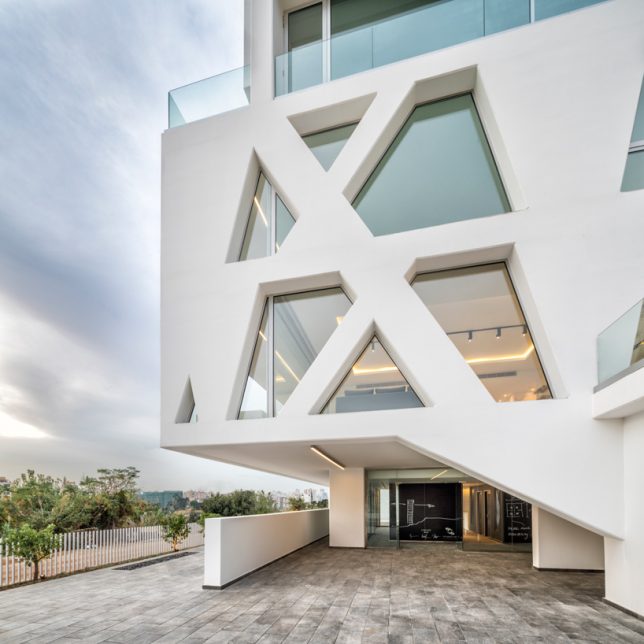 Irregularly stacked levels look out onto Beirut’s skyline through generous expanses of glass, occasionally camouflaged by screens of geometric cutouts. ‘The Cube’ is a residential tower by Orange Architects with 19 apartments arranged around a central elevator core. Each one features a large balcony and wall-to-wall windows.

251 First Building for Brooklyn by ODA 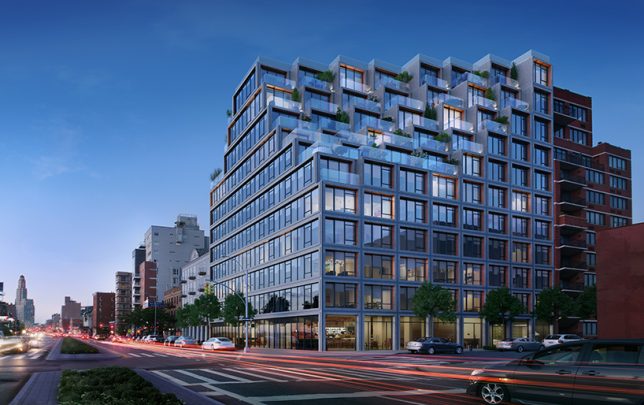 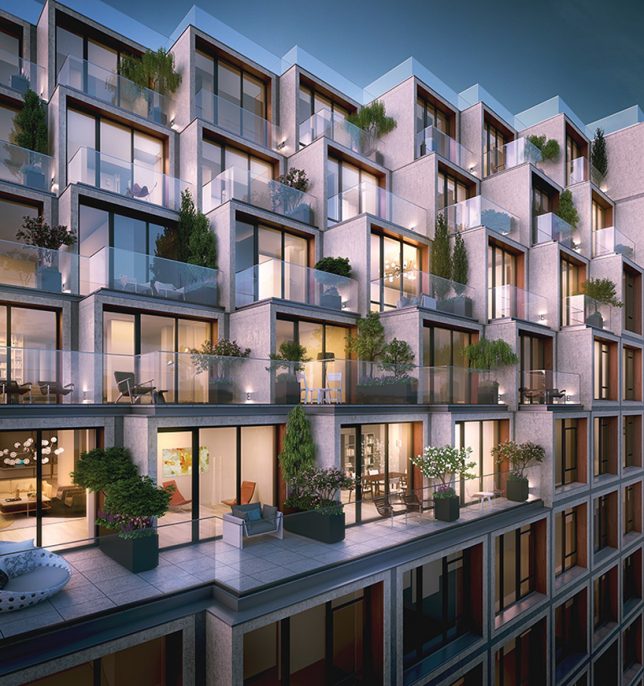 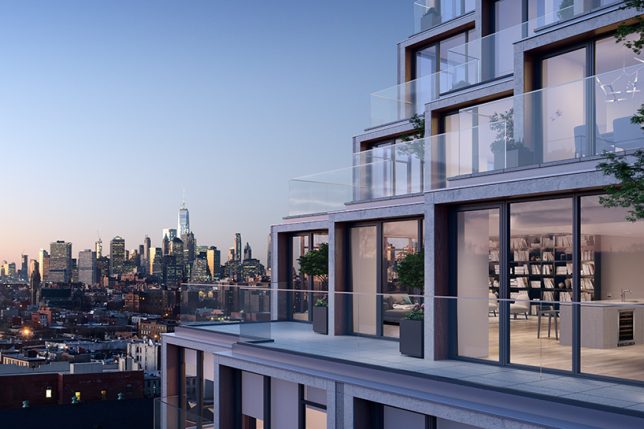 Completed in 2016, ODA’s ’251 First’ building in Brooklyn’s Park Slope neighborhood is an 11-story structure packed with 44 residences ranging from 2 to 4 bedrooms – and starting around $1.2 million apiece. The building’s most notable feature is its stepped upper levels, creating a series of private and shared terraces. “At its core, this innovative project addresses the adaptive nature of cities and the very real possibility of change when logic, imagination and dynamism are in alignment,” say the architects. 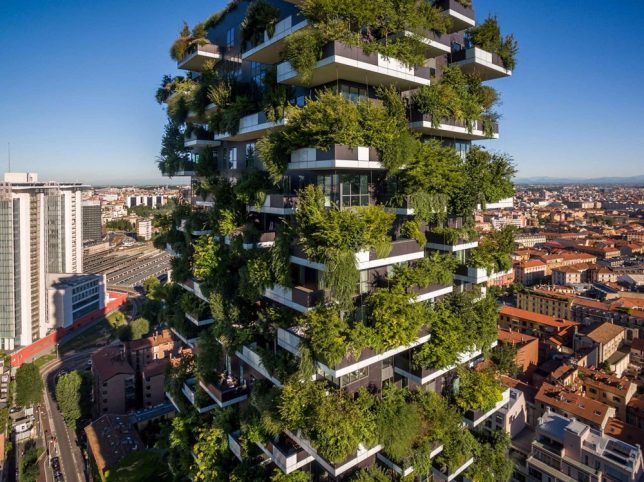 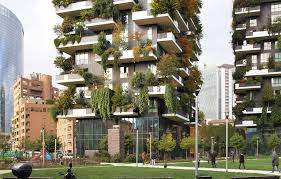 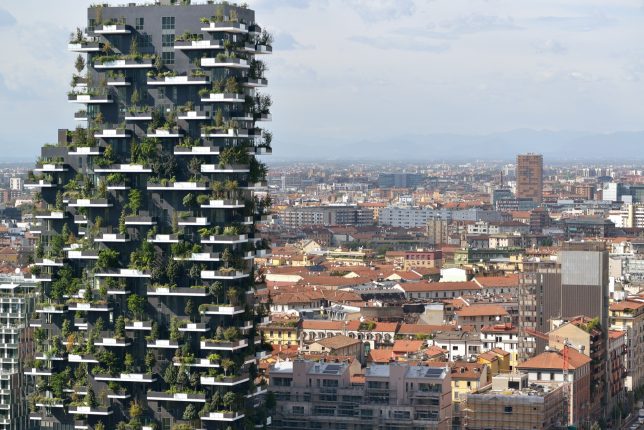 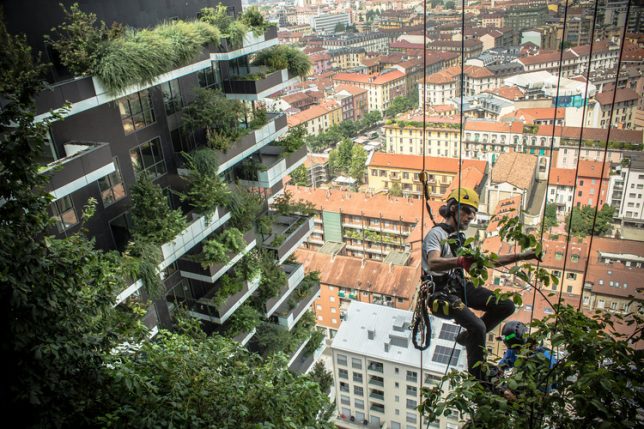 Yes, there’s good reason to be skeptical of all the impossibly lush skyscraper renderings people love to ooh and ahh over on the internet. In a lot of cases, the buildings aren’t likely to stand up to the weight of the soil, the growth of the roots and any number of other engineering issues. But Bosco Verticale is one example of vertical greenery done right – and beautifully. This apartment building in Milan by Stefano Boeri hosts nearly 1,000 trees, 5,000 shrubs and 10,000 additional smaller plants and was carefully designed to keep all of it alive without compromising the structure itself.