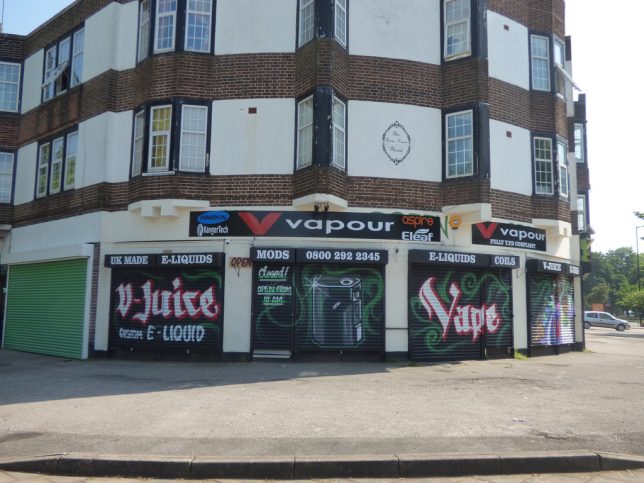 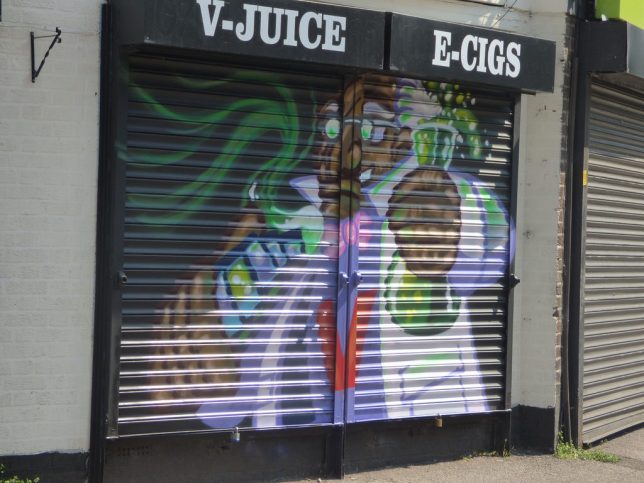 Sometimes KISS (“Keep It Simple, Stupid”) is best… sorry Gene Simmons, the motto predates your band. Anyway, “Vapour” really cuts to the chase, even with the English “u” embedded. You’ll find Vapour and its artistic facade at the corner of Fox Hollies Road and Olton Boulevard East in Acocks Green, West Midlands, UK. Flickr member Elliot Brown (ell brown) snapped the site in June of 2016 when Vapour had been open for less than a year. 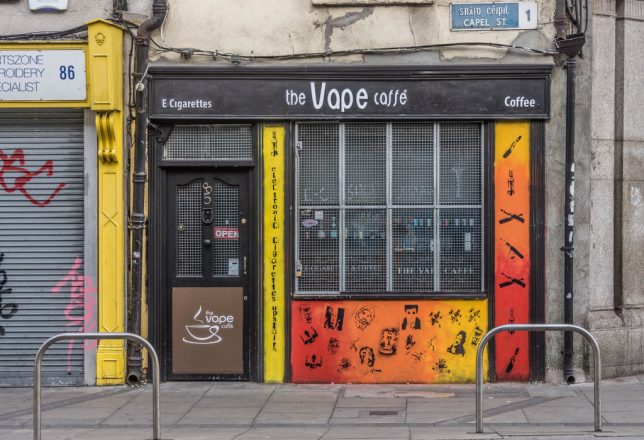 “The Vape Caffé” on Capel Street in Dublin, Ireland looks about as warm and inviting as could be… well, those heavy-duty metal window screens secured by a padlock are a tad intimidating, being that the place is open. Still, this streetfront vape shop exudes a certain charm by virtue of the sleek modern logo, warm earth tones on the facade, and wealth of stenciled graffiti. Not sure if the latter is planned or not but either way it works. Flickr member William Murphy (infomatique) captured The Vape Caffé on July 1st of 2015. 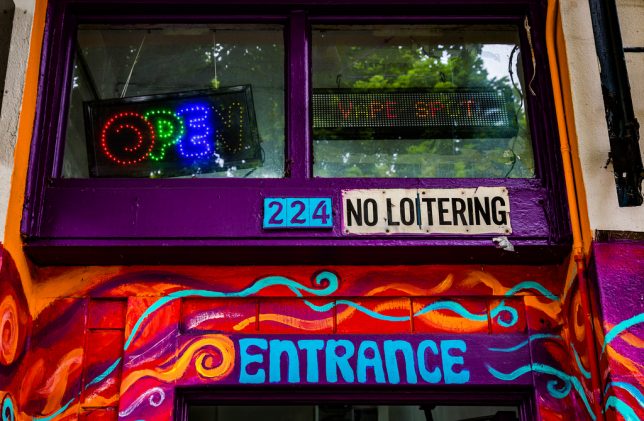 Vaping is still finding its way as a lifestyle choice and retailers of the “Mom & Pop” variety are in the same boat when it comes to brand messaging. Take “Vape Spot”, a Portland, Oregon-based one-stop-shop for all of Portlandia’s vaping needs. As vaping with store-bought materials doesn’t get users high, we can only assume the colorful near-psychedelic artwork on the store’s front facade is meant to evoke those swirling clouds of exhalant vaping has become known for. Flickr member Tony Webster snapped Vape Spot’s storefront on May 14th of 2015… and he was totally NOT loitering at the time. 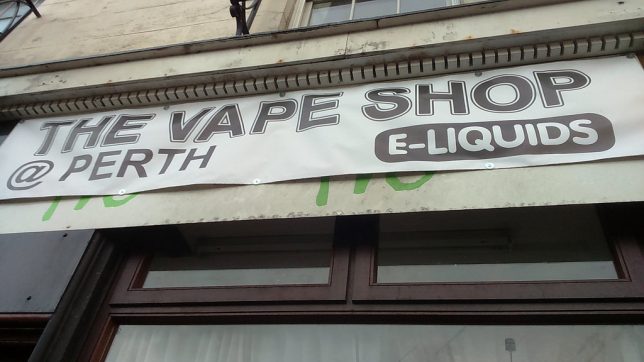 Vaping is an inoffensive activity that doesn’t involve addiction issues or physical impairment, right? Well, the jury is still out on some of those suppositions but some of the more impatient and intolerant members of society are taking matters into their own hands. 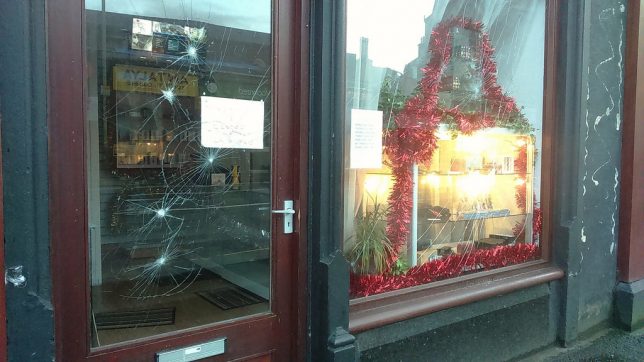 Exhibit A: a “determined and sustained attack” on Perth, Scotland’s “The Vape Shop”, photo-documented by Flickr member Ninian Reid on January 12th of 2016. Reid’s photos show the aftermath of a barrage of missiles directed at the e-cigarette shop’s glass front windows by unknown vandals. As the perps left no notes or graffiti explaining their actions, it’s hard to tell if they were intent on robbery, had a beef with the owner, or… were just blowing smoke.