Not all wearable tech has to be a tiny smartphone on your wrist or a device that tracks how many steps you’ve taken – it can also record your memories as you see them, visibly react to your emotions, flirt with people on your behalf, warn others they’re invading your personal space or even measure your sexual performance. These unconventional wearables are also a little less dorky than usual, aiming to blend fashion and technology in a way that’s exciting,  beautiful and sometimes strange. 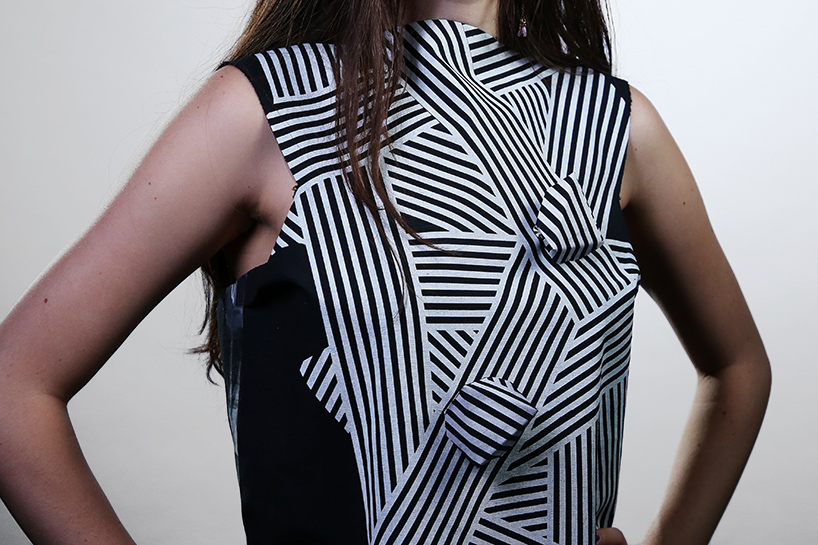 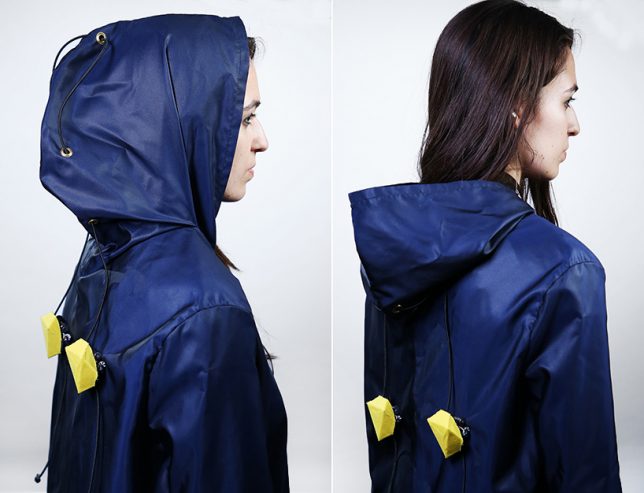 What look, at first, like jewels or little bulbous decorative accents on a blouse suddenly start crawling around like they’ve got minds of their own. ‘Kino’ is a collection of ‘living’ jewelry from MIT Media Lab, designed to reconfigure itself in response to environmental conditions. “It is our vision that in the future, these robots will be miniaturized to the extend that they can be seamlessly integrated into existing practices of body ornamentation. With the addition of kinetic capabilities, traditionally static jewelry and accessories will start displaying life-like qualities, learning, shifting, and reconfiguring to the needs and prefereces of the wearer, also assisting in fluid presentation of self.” 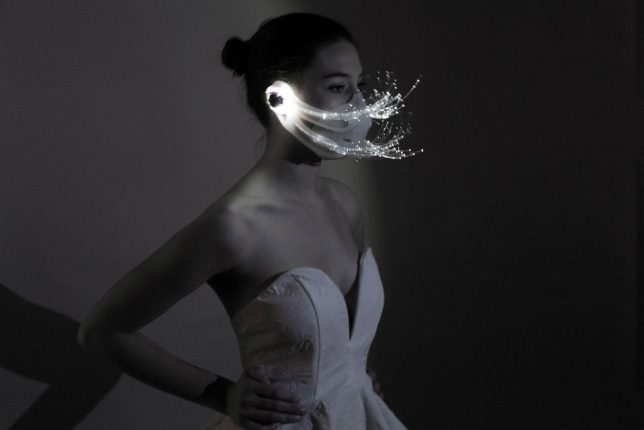 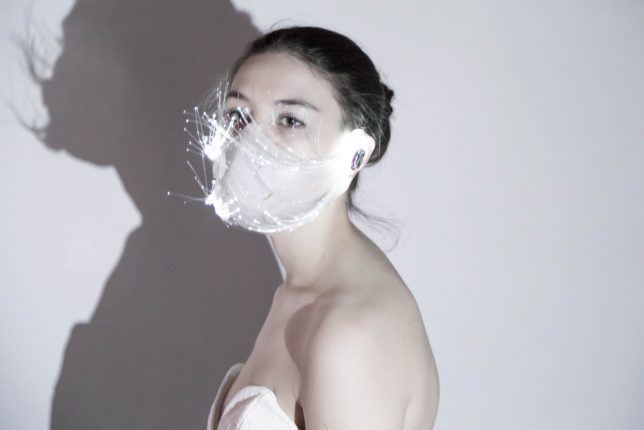 Dazzling fiber optics inspired by shimmering white peacock feathers make the need to wear a smog mask at least a little bit more fashionable. Says designer Stephanie Liu, “Masks have always been associated with disease, fear and negativity. Some wear it in public to hide their identities, in reality it attracts attention and can generate fear and stress amongst those in their immediate surroundings. As air pollution becomes more and more of an issue in many countries, people have begun to surrender to wearing a mask for the sake of their health, however there are still a lot of people who do not wear masks for many reasons – the top three being unattractive, uncomfortable and repelling people.” 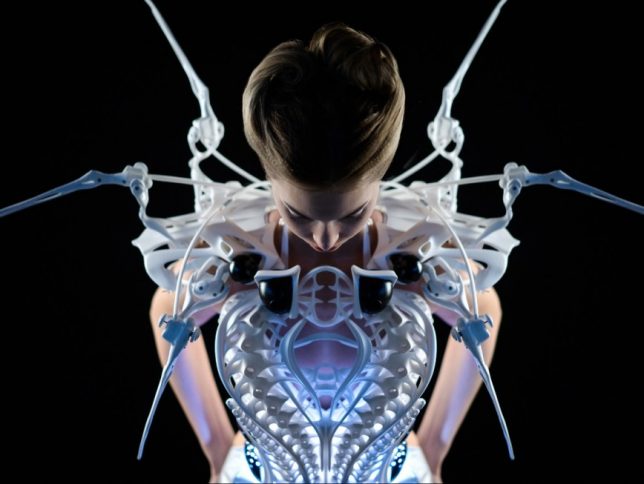 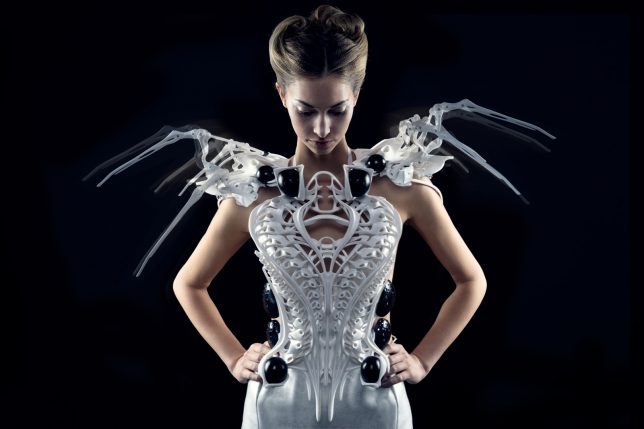 People might be less likely to mess with you if the mechanical spider you’re wearing as a dress makes a sudden move. That’s the idea behind the Smart Spider Dress by Anouk Wipprecht, powered by Intel Edison. The legs of the spider constantly move, reacting to the wearer’s real-time biometrics as well as violations of social norms, like when someone invades their personal space. “Since the system based with mechanic spider legs is literally hosted on the shoulders of the wearer and attacks using the same viewing angle as the wearer, the system knows how you feel and adapts to those feelings,” says Wipprecht. 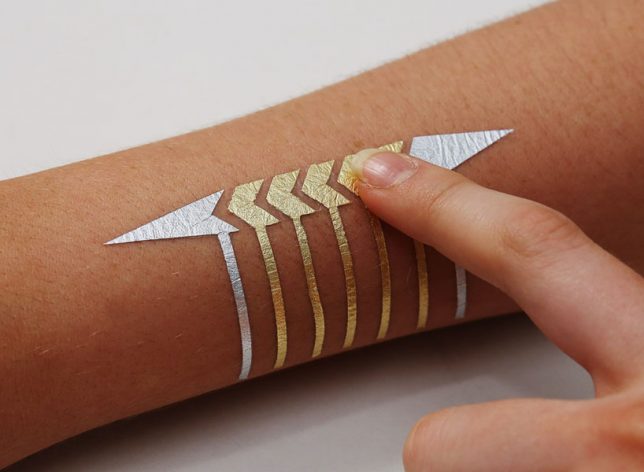 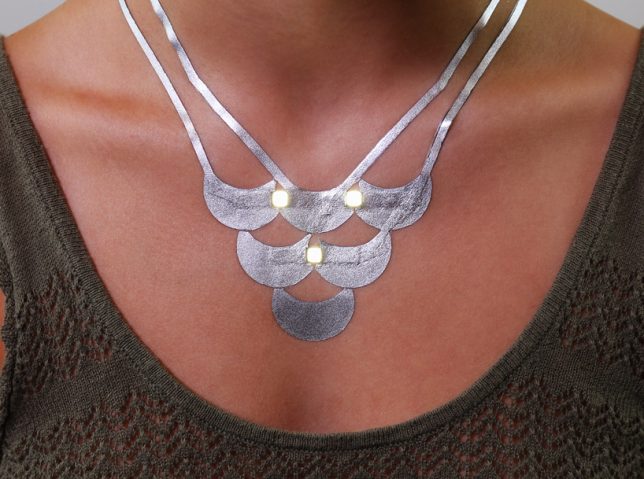 Anyone can create functional devices directly attached to their skin, including lights and controls for mobile devices, using an electricity-conducting gold leaf paint in a fun design that makes it look like a metallic tattoo. “We believe that in the future, on-skin electronics will no longer be black-boxed and mystified; instead they will converge toward user friendliness, extensibility, and aesthetics of body decorations, forming a DuoSkin integrated to the extent that it has seemingly disappeared,” says MIT, who refer to the project as ‘digital skin jewelry.’ 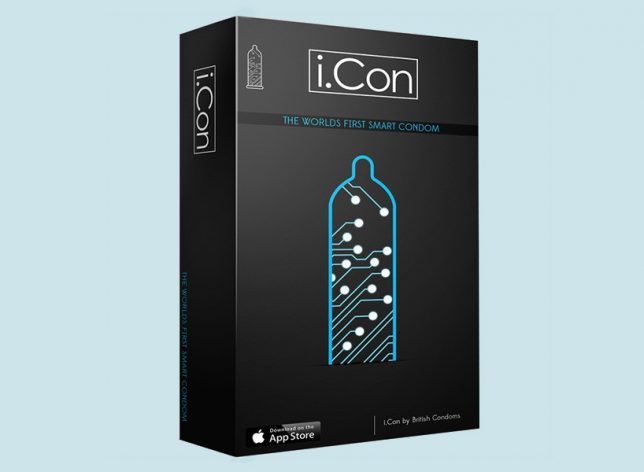 No more boasting about your performance using inaccurate figures. The i.Con smart condom ring by British Condoms will know exactly how long you last, how many positions you used, ‘velocity of thrusts,’ ‘girth’ and other data, sending the information straight to your smartphone via bluetooth. One positive of this technology is, it can give users a way to measure improvement if their data is disappointing and they want to work on things. But perhaps even more valuable is the fact that the wearable comes with an ‘antibodies filter’ to detect the presence of sexually transmitted infections.