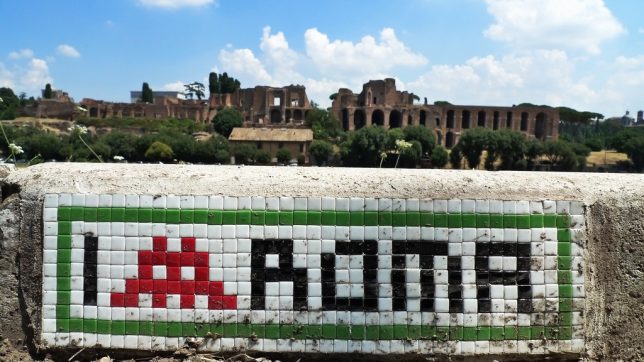 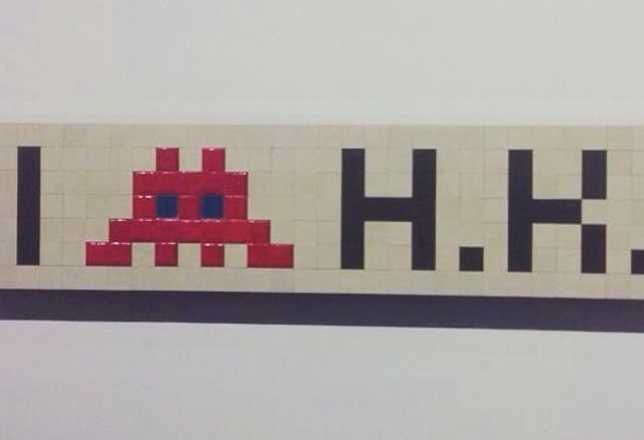 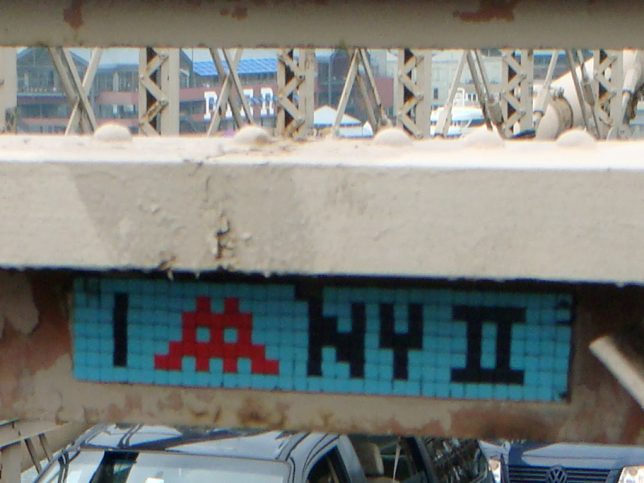 As mentioned, Invader has become quite the international phenomenon and judging by some of his trail-blazing mosaics, he’s rather proud of that fact. The “I Invade You” sampling above comes courtesy of Flickr members Tomaz Stolfa (tomazstolfa), Eric DELATTRE (Eriiiic) and Jack Acecroft (jackace). 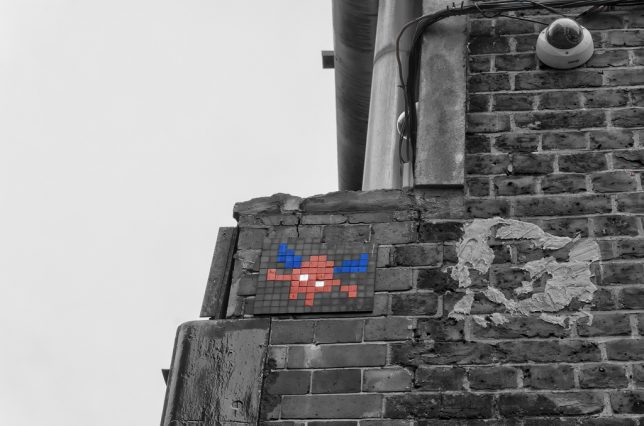 Is that an avenging 8-bit angel poised to swoop down upon evildoers’ heads? Brick Lane in London’s Spitalfields district offers up an appealing conjunction of two graphic styles. Which will emerge victorious? 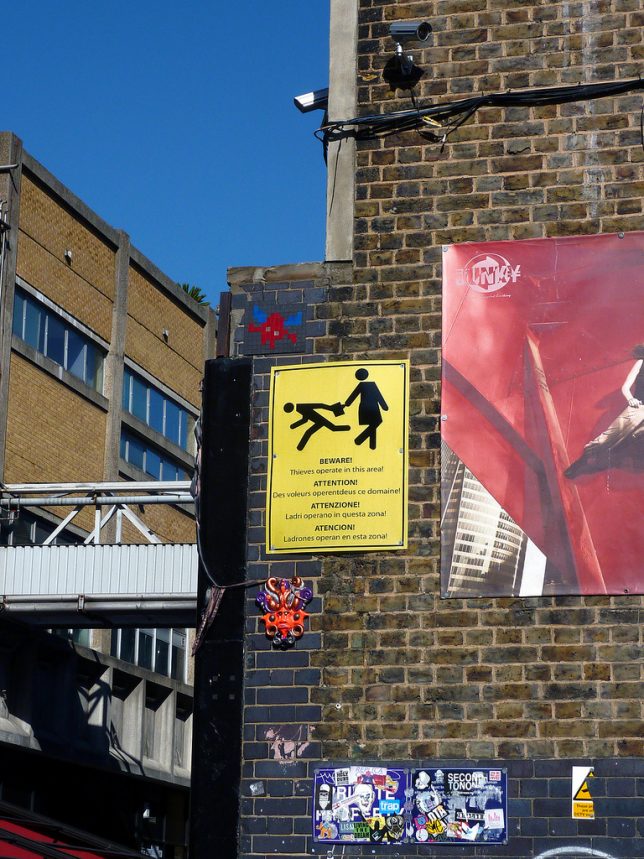 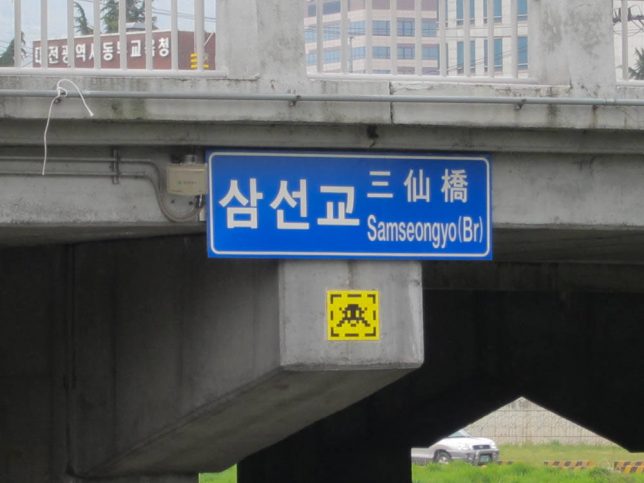 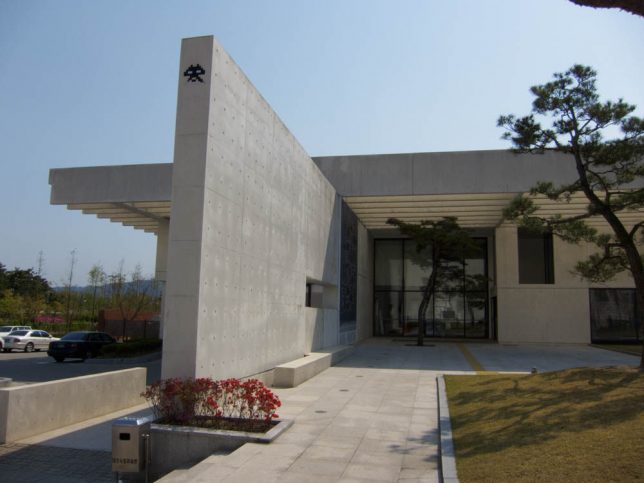 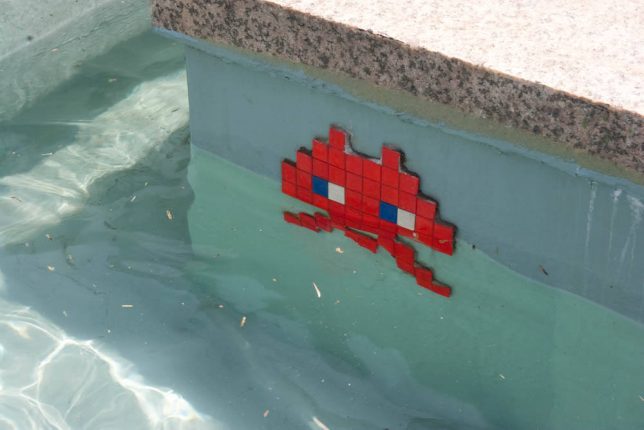 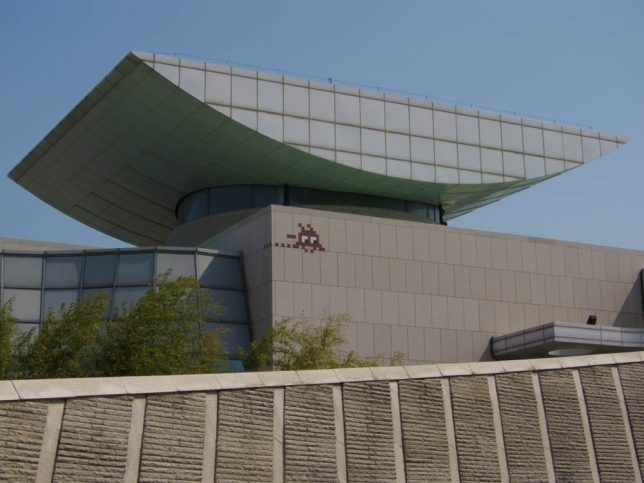 Sorry Trumpy, someone’s stolen your thunder and invaded Korea like, seven years ago. Mind you, it was SOUTH Korea and the campaign was a bloodless one, or so we assume. Flickr member Matt Hobbs (ultrahi) visited Daejeon, RoK in the spring of 2010 and snapped a wealth of Invader mosaics in some unusually modern settings. No surprise the effect works as well as it does in Europe’s older cities. Next challenge for Invader: NORTH Korea! 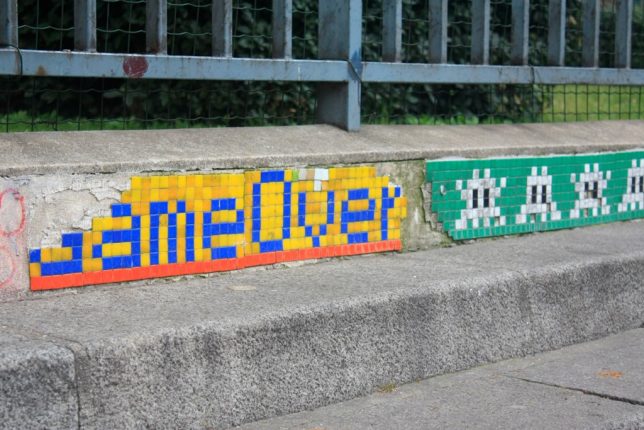 Invader’s mosaics are about as permanent as graffiti – if we can call it that – can get. Even so, the age-old combination of wind, rain, freeze/thaw cycles and above all time will eventually reduce all of Invader’s myriad mosaics to dust. In the meantime, one must admit these whimsical 8-bit critters add a small but vital dash of life to the urban concrete jungle.